Parents have been unable to claim the coupons they need to buy groceries during the coronavirus lockdown because the private company paid millions to run it couldn’t deal with a deluge of inquiries.

Edenred, which made more than £270 million profit last year, runs the scheme and has also been accused of ‘unbelievable profiteering’ after it emerged the number they set up for people seeking assistance was a premium rate phoneline. 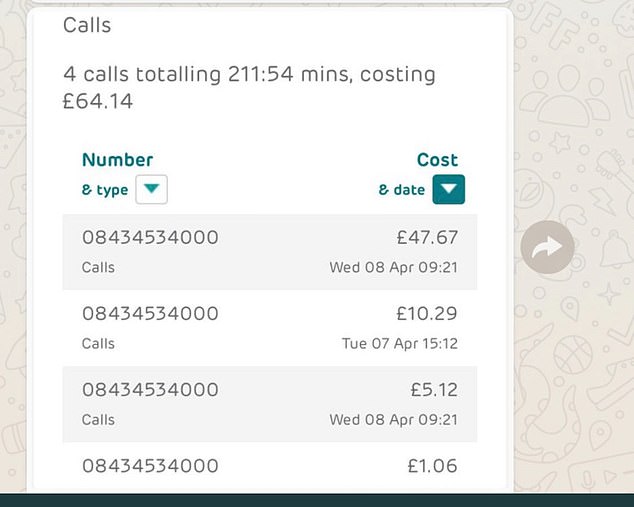 Edenred has been accused of ‘unbelievable profiteering’ after it emerged the number they set up for people seeking assistance was a premium rate phoneline, pictured

Now the Government is under pressure to ditch the firm and fund schools directly to use locally approved voucher schemes instead.

Critics claim the politician’s ‘panicked’ U-turn on funding vouchers over Easter is to blame for overloading the national system.

Teachers and parents today slammed the current situation as ‘farcical’ after being told not to place anymore orders for the coupons until the swamped system can cope.

Around 1.3million children in England are entitled to free school meal supermarket vouchers – equivalent to £15 per child per week – which can be spent at any major supermarket. They should be available until schools reopen.

With children not at school the onus has been put on parents to claim their coupons, but schools have been left trying to help many families facing food shortages.

Reports of delays in the issuing of the vouchers ordered through the scheme have been increasing during the lockdown.

Edenred’s website went ‘offline’ over the Easter weekend so it could be upgraded to meet overwhelming demand as families living in poverty were left high and dry.

Now in an email to schools the firm has now urged those without an ‘immediate requirement’ to stop visiting the site, and only submit orders four days before they are needed.

Up until recently William Rhodes Primary School in Chesterfield, Derbys, had its own voucher scheme for the more than half of its pupils who are on free school meals.

But they switched to the national scheme as it meant they no longer had to fund the voucher and then claim the money back.

Headteacher Rachel Purvis said: ‘It’s just been a fiasco. I’ve managed to get one of three batches through since ordering on April 2.’ 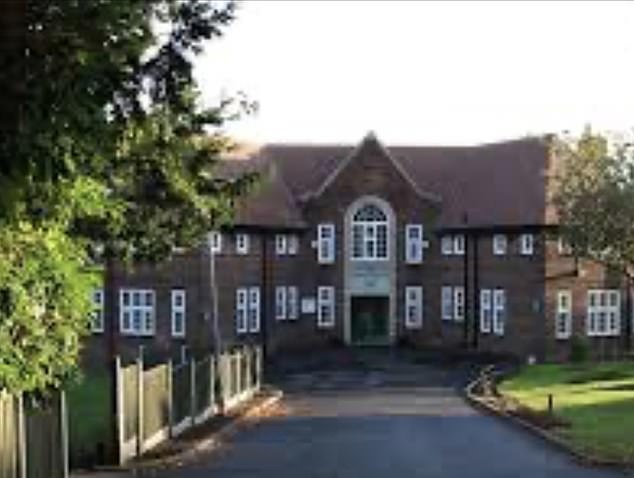 William Rhodes Primary School in Chesterfield, Derbys, pictured, had its own voucher scheme for the more than half of its pupils who are on free school meals, but switched to the national scheme as it meant they no longer had to fund the voucher and then claim the money back

The school had to help parents set up email addresses, as many didn’t have them because of lack of internet access. But she said the delay and problems with orders has been ‘farcical’.

‘We’ve just had to keep saying to parents ‘They will be coming through at any moment’. You wouldn’t believe the time we’ve spent on this. It’s ridiculous,’ she said.

Many other school leaders have taken to social media to highlight their frustration at the failing system.

Matter came to a head at the weekend when people visiting the website to check on delayed orders were greeted with a holding page saying it was ‘temporarily offline’ so the system could be upgraded.

In an email sent to schools the company said ‘higher than anticipated’ orders placed last week had an ‘impact on the performance and experience’.

Edenred said its team had been working ‘day and night’ through the Easter weekend to process orders and develop system capability.

‘If we can balance the load on the system, we can provide a consistent and constant flow of essential support through to families,’ the email, sent on behalf of the DfE, read.

But the firm’s request for people to stop checking the website and hold off on orders has been met with further outrage. 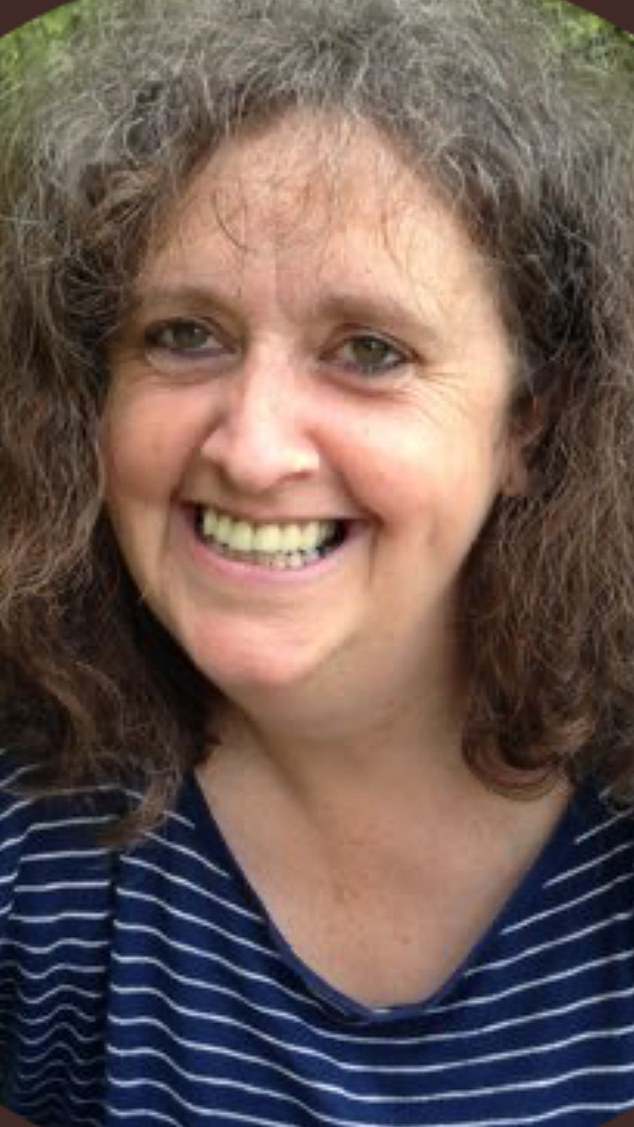 Rachel Purvis, pictured, head of William Rhodes, described the scheme as a ‘fiasco’

Julie Mitchell, a school business leader, tweeted: ‘I’ve been thrown out a number of times and have spent the rest of the time waiting for the website to respond. Shocking, shocking service that impacts on some of the most vulnerable families.’

Another headteacher, who asked not to be named, said: ‘It might work in Whitehall, but it doesn’t work when you get to the check-out at Morrisons.’

One primary school head from Merseyside said: ‘Lots of parents are struggling to get a voucher, some might not have a computer or even an email address.

‘We are trying to help overcome those obstacles, but we are talking about dozens and dozens of people.

‘Then if they do get a code for a voucher they have to print it off before they can take it to the shops. The system just isn’t working.’

The DfE has now agreed schools can now place orders for up to four weeks of vouchers at a time, as well as ordering combined vouchers for children in the same household.

Edenred said this will ‘reduce the administrative burden on schools and reduce the volume of visitors’ meaning a ‘significant difference to your experience’.

The Institute of School Business Leadership is lobbying for the Government to reimburse all schools who have instead set up their own schemes. 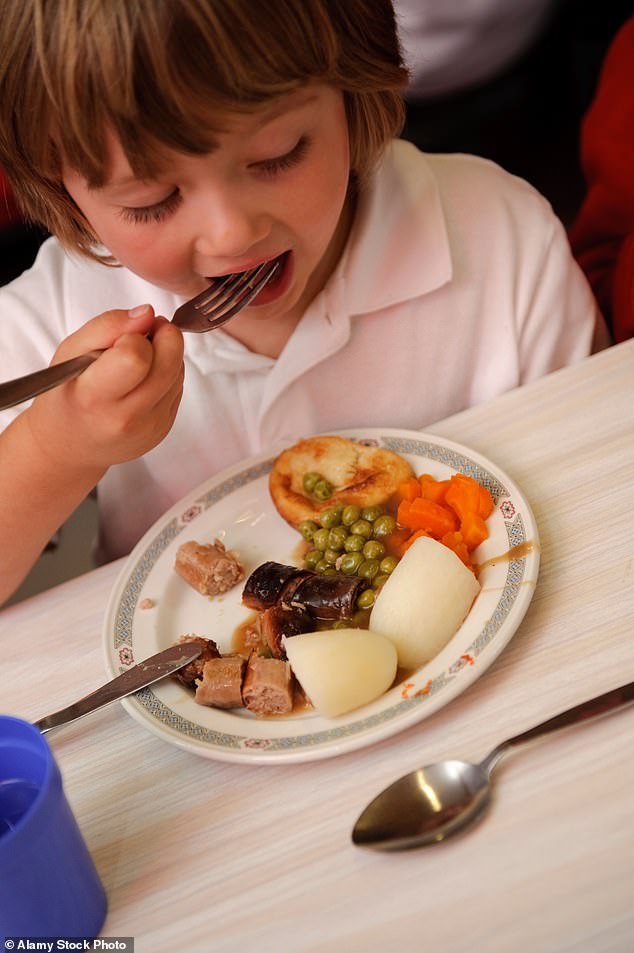 Pupils entitled to free school meals, pictured, should receive vouchers worth £15 per week

The Government has said schools can claim for their own meal vouchers, but it’s not clear in what circumstances.

SBL Chair Matthew Clements-Wheeler said it was time for the DfE to ‘step up’, adding: ‘The #FSMvoucherfarce has gone on long enough. Tell schools and trusts you will fund locally arranged schemes.’

‘I believe Edenred are doing everything they can in the circumstances, but it’s obvious they are struggling under the pressure. DfE need to recognise this and fully support schools who use alternative systems,’ he said.

‘That means £15 for schools doing their own catering or food parcels and £15 for those using alternative voucher providers.’

The firm has now established a national rate phone line after previously only issuing a premium rate number.

Rachel Purvis said her school had run up a £64 bill, with other schools reporting similar hefty fees.

Asked about Edenred she said: ‘I don’t know how they got the contract, it seems extraordinary,’ she added.

She said that with local services such as foodbanks and church food donations being on hand for families to access, she was ‘confident people aren’t going without food, but not thanks to Edenred’.

One single mother, with a five-year-old and seven-year-old at home in Devon, said she would normally each receive five free school meals a week at their primary school.

The mother, who does not want to be identified, said she had not received vouchers for this week and last.

The mother, who cannot work through disability, said her children’s school provided the vouchers for the first couple of weeks after all pupils in the country were sent home.

She added that she was surprised that the Government took the unusual step of funding the scheme through the two-week holidays.

‘I cannot get in touch with Edenred, I have had to go through the school. The school have been very helpful and have said there is a nationwide problem,’ she said.

‘I am struggling to feed my children. The school my children attend has been amazing, making other provision out of its own pocket to enable the families who are struggling.

‘There must be hundreds of other single parents like me across the country struggling.’

The woman said that the cost of providing meals put a big dent in her monthly benefits of £1,200 once expenses such as rent had been paid.

The mother added: ‘The school, I cannot fault them, but with the Government’s backing, Edenred should be able to cope. They should expect the increase in traffic of people using the scheme.’

The DfE and Edenred have been approached for comment.

'Too Hot to Handle': Why Francesca Thinks Everyone Loved Harry but Thought She Was a 'Snake'