THREE people have been killed in a horror crash in Ireland today.

The two-car smash happened at 2.15am in Dundalk, near the border with Northern Ireland. 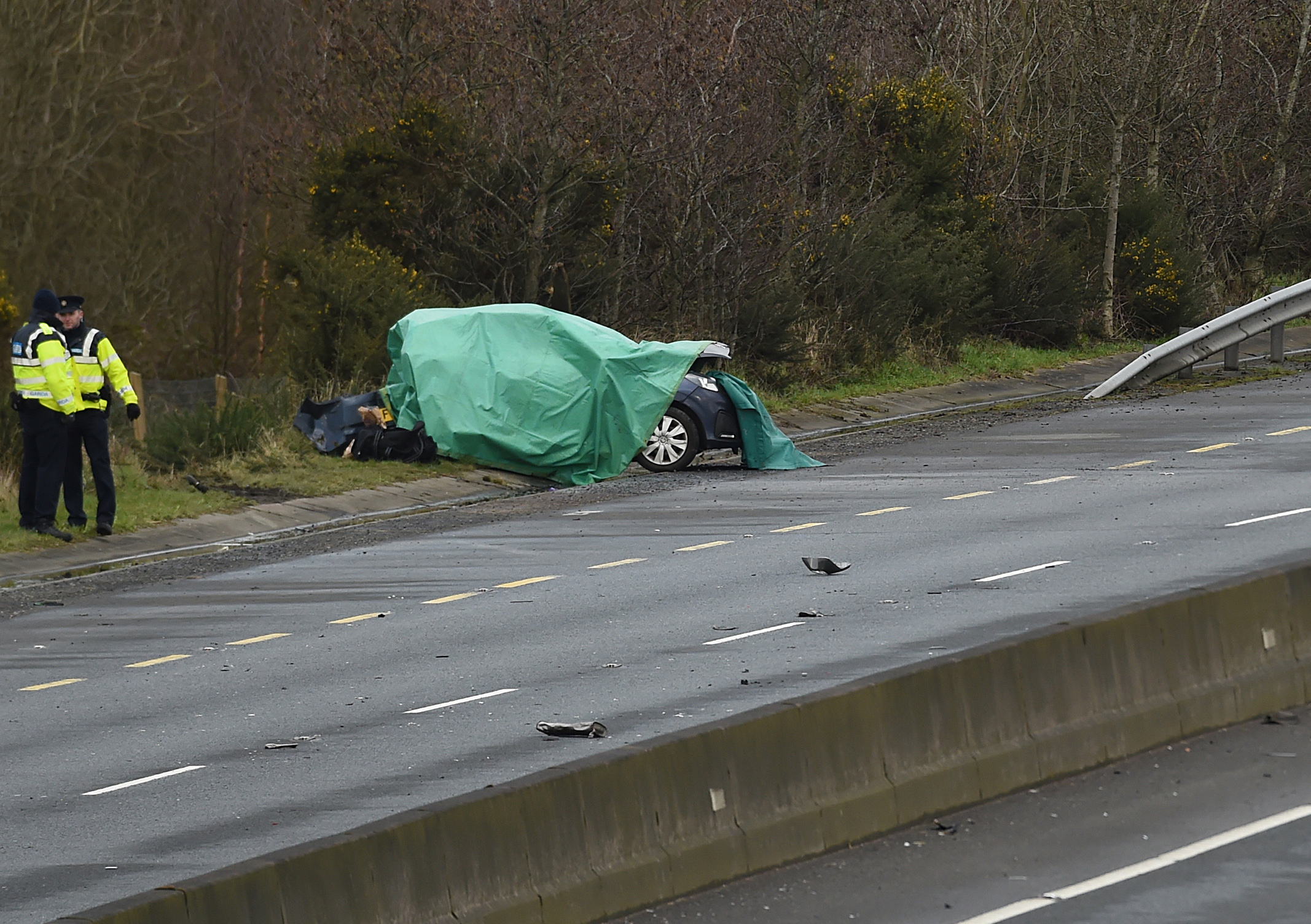 A fourth person, a man his 20s, was rushed to hospital with serious injuries following the collision on the N1.

It comes after a 36-year-old woman was found dead on the M25 in Surrey today.

Emergency crews descended on the M25 in Surrey this morning after the horror discovery which cops suspect to be a hit-and-run.

The motorway was closed clockwise between Junction 8 Reigate and Junction 10, Wisley while officers trawled the scene for clues.

Meanwhile, a man was rushed to hospital with serious injuries after he was struck by an lorry in Monaghan, Ireland.

The male pedestrian in his early 20s was hit at around 11.15am this morning in the townland of Bandrum, 4.4km north of Monaghan Town.