Home » World News » Trying to get out of the quagmire: France calls for goodwill coalition

Cambridge, Massachussetts: France is proposing a new alliance of "goodwill powers" in an attempt to revive the type of global diplomacy that they say is being jeopardised by the United States, Russia and other countries that favour unilateralism over cooperation.

French Foreign Affairs Minister Jean-Yves Le Drian announced the plan during a speech at Harvard University, suggesting that Europe should align itself with countries like India, Australia, Mexico and other "powerful democracies" that share a commitment to multilateralism. 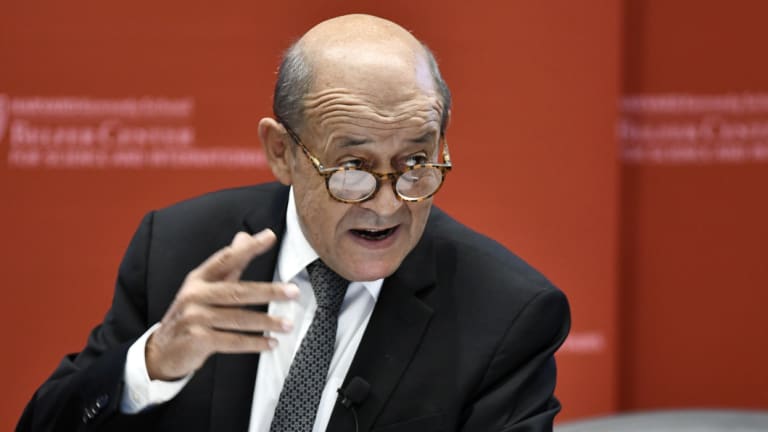 His speech described an erosion of the brand of diplomacy that brought nations together following World War II and led to the creation of the United Nations, saying some countries now resort to disinformation and intimidation to pursue their own interests.

Speaking through an interpreter, he said he believed the United States "methodically and regularly jeopardises the fundamentals of multilateralism" through its approach to the UN, trade deals and other international agreements.

"Do we have to suffer that situation without doing anything, without taking any kind of initiative? I think our point of view is that we don't," he said. "In these uncertain times, it is important that we speak up."

Although it's still little more than an idea, the coalition would intend to go on with or without the United States. Still, the minister denied any attempt to isolate America, saying it would be embraced and could play a strong role if it chooses to join.

"We don't want to create any opposition. Our objective is to revive multilateralism, which has been the way of doing things since the end of World War II," he said. "It's not against anybody, but we see it as a real issue."

The proposal builds on French President Emmanuel Macron's recent calls for greater global cooperation, including a speech at the annual meeting of the United Nations General Assembly in New York on Tuesday. 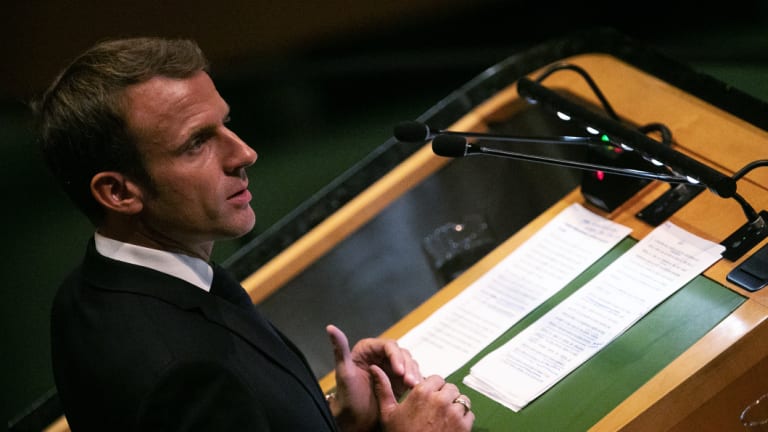 Wants a return to diplomacy: French President Emmanuel Macron at the UN General Assembly on Tuesday.

Macron decried nationalism and self-interest in his speech, which followed shortly after US President Donald Trump gave his own address defending an America-first policy and saying he rejects "the ideology of globalism" in favour of "the doctrine of patriotism."

At Harvard, Le Drian made few direct references to Trump but cited behaviour by the United States and Russia as two major factors in his decision to pursue a new alliance.

He criticised the US for backing out on deals including a 2015 accord meant to stop Iran from obtaining nuclear weapons, and he lamented that Russia and other nations have paralysed the UN Security Council by invoking their veto power to block action.

But he said there were plenty of other nations that would make good allies for France and its neighbours in Europe as they confront global problems including cyber security, immigration, climate change and international crises in Syria and Libya.

Le Drian listed India, Australia, Japan, Canada and Mexico as possible allies who are committed to global cooperation. He issued a call "to create with them a collective action to initiate and suggest solutions." Still, he said discussions were just beginning, and it's too soon to know which countries may sign on.

"Goodwill is just goodwill. It's open to anybody," he said. "It's something that is being discussed as a way of getting out of the quagmire we're finding ourselves in."

‘Swamp Thing’ Series in the Works at DC Streaming Service

Director Sir Alan Parker has died at the age of 76