Washington: A prominent Republican whose phone was seized as part of the Justice Department’s probe into efforts to overturn the 2020 presidential election said on Sunday he may seek to participate on a new House of Representatives panel that will investigate those same federal investigators.

Congressman Scott Perry of Pennsylvania is an ally of former president Donald Trump who helped spread Trump’s false claims that the 2020 election was stolen from him through widespread voting fraud.

The FBI seized his phone in August, apparently as part of a probe into efforts to overturn the election. 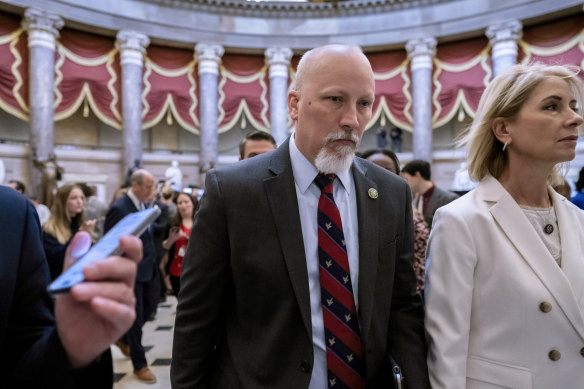 But Perry told ABC News’ This Week show on Sunday that he does not believe it would be a conflict of interest for him to participate in a congressional investigation of the FBI.

“I get accused of all kinds of things every single day, as does every member that serves in the public eye,” he said. “But that doesn’t stop you from doing your job. It is our duty. And it is my duty.”

Congressman Jim Jordan and other Republicans who now have a narrow majority in the US House of Representatives have said they intend to establish a special select committee that will probe the so-called “weaponisation” of the federal government.

The creation of the committee is one of the many concessions that House Speaker Kevin McCarthy agreed to as part of a deal to end a week-long stalemate over his candidacy by a group of hard-liner lawmakers, including Perry, who leads the Freedom Caucus.

The Justice Department, which has two ongoing investigations into Trump’s actions in the 2020 election and his retention of highly classified documents after departing the White House in 2021, will be a target of the new House committee’s probe.

Both of the department’s investigations involving Trump are being overseen by Jack Smith, a war crimes prosecutor and political independent, who was appointed by Attorney General Merrick Garland in November.

Trump has accused the FBI, without evidence, of launching the probes as political retribution again him.

One of the two probes involves Perry, who is likely a person of interest because he introduced Trump to former Justice Department official Jeffrey Clark.

Clark sought to get himself installed as acting attorney general so he could launch an investigation into election fraud.

Perry’s lawyer has previously said his client is not a target of the Justice Department investigation.

The Democratic-led House Select Committee that investigated the January 6, 2021 attack on the Capitol has said Perry and some other fellow Republicans later sought a pardon from the White House for their efforts to overturn the 2020 election, though Perry has denied doing so.