Home » World News » US sends £2.3bn more for Ukraine and neighbours to fight off Putin

The package is in addition to the £11bn of military aid already pledged to Ukraine and includes £575million in new weapons and military equipment as the country fights for its survival. Austin announced the arms package at a meeting with dozens of fellow ministers at the US air base in Ramstein, Germany. The package includes howitzers, ammunition, Humvee vehicles, armoured ambulances and anti-tank systems.

The Biden administration said it had set aside £1.7bn in long-term assistance for Ukraine and 18 of its neighbours, including both Nato members and non-members “most potentially at risk from future Russian aggression”.

It would help those countries “deter and defend against emergent threats to their sovereignty and territorial integrity” by enhancing their military integration with Nato and countering “Russian influence and aggression”.

The department added: “This assistance demonstrates yet again our unwavering commitment to Ukraine’s future as a democratic, sovereign, and independent state, as well as the security of allies and partners across the region.” 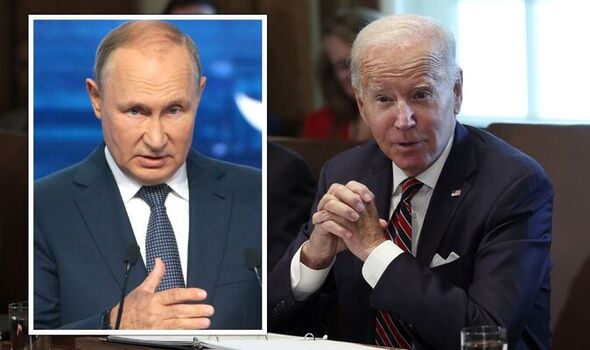 US Secretary of State Anthony Blinken arrived in the Ukrainian capital Kyiv on Thursday, as his colleague urged Ukraine’s allies to commit to supporting the country for as long as necessary and be prepared to adapt the type of support offered.

In Kyiv, Mr Blinken said that the aid would be delivered at a “pivotal” moment during the war, with Ukrainian operations against Russian forces “proving effective”.

He also vowed that the US and its allies would “continue to exert that pressure until the aggression ceases and Ukraine is fully sovereign and independent”.

In Washington, US President Joe Biden held a call with a number of US allies – including UK Prime Minister Liz Truss and German Chancellor Olaf Scholz – in which they reiterated their collective support for Ukraine.

On Wednesday, Ukrainian President Volodymyr Zelensky said his country’s military had recently carried out successful attacks against Russian forces which control large areas of Ukraine in the south and the east – and retaken settlements near the north-eastern city of Kharkiv. While in Kyiv, Mr Blinken received a briefing from Ukrainian officials on the counter-offensive.

He did not give details but both Ukrainian and pro-Russian officials report fighting around Balakleya, 60km (38 miles) south-east of Kharkiv.

Russian President Vladimir Putin has denied the reverses, saying: “We have not lost anything and will not lose anything.”

Russia says it is fighting neo-Nazis in Ukraine, a claim derided by Western powers,and that it is threatened by the Nato alliance’s strong relations with Ukraine.