We finally know what went down during the skirmish between Draymond Green and Jordan Poole at the Golden State Warriors practice this week.

A video obtained and released by TMZ showed Green walking over to Poole during practice and putting his body right in front of Poole, who stood a few feet away on the baseline. Poole then pushed Green away, to which Green then lunged and punched at Poole, pinning him against the wall. Members of the Warriors staff rushed in to separate the two before the video ends.

TMZ obtained the video of the altercation between Draymond Green and Jordan Poole at practice https://t.co/55rMnBqAVGpic.twitter.com/k02BGsBo8G

This is, more or less, what was reported to have happened when The Athletic's Shams Charania originally broke the story Wednesday night. But seeing it on video makes the fight a little more real than the rumors that spread about it when the news came out.

We still don't know exactly what Green or Poole said to each other that prompted the altercation, but Yahoo Sports' Chris Haynes and Vincent Goodwill both reported that tensions between the two teammates had been brewing since training camp. Both are up for contract extensions soon, with rumors the 23-year-old Poole became more boisterous following his solid third NBA season. Reports also surfaced this offseason that Green is seeking a max contract — something the Warriors reportedly aren't interested in offering the 32-year-old forward.

Green reportedly apologized for the altercation afterward, and general manager Bob Myers said Green would be disciplined internally. Whatever punishment comes down likely won't include Green missing any games, according to Myers, and Green is expected back at practice Saturday.

"Look, it's the NBA, it's professional sports, these things happen," Myers said Thursday. "Nobody likes it. We don't condone it, but it happened."

Both Green and Poole were instrumental in Golden State's fourth title since 2014. Green averaged 6.2 points, 6.2 assists and 8.0 rebounds per game during the Warriors' NBA Finals win over the Boston Celtics. Poole, meanwhile, finished fourth on the team in scoring during that series with 13.2 points per game and shot 38.5 percent from 3-point range.

The most important piece of the Warriors' dynasty — Stephen Curry — refused to take sides on the subject and instead defended both Green and Poole while condemning the fight. He acknowledged the importance of Green's "fire" to the team and downplayed the idea that Poole's attitude changed because of his impending contract extension.

"One of [Green's] superpowers is being able to bring his fire, his competitiveness and his voice. I don’t want him to ever lose that," Curry said Thursday. "Whatever it takes to maintain that presence and trust and rebuild whatever he needs to — that's the journey we're going to be on. The young guys have to believe in who we are and what we've built and the culture that we feel like can help us get through stuff like this.

"JP's been great," Curry added. "There's nothing that warranted the situation yesterday."

While Curry publicly appears neutral, a report from this past July from The Athletic's Anthony Slater and Marcus Thompson II sounds as if Curry would favor an extension for Green over Poole. Slater and Thompson II wrote that "Curry would not be happy if the Warriors lost Green because the team didn’t want to pay him. … Curry sees the Big Three as a package deal."

Either way, it looks like the decision between keeping Green or Poole will be one that follows the Warriors all year. 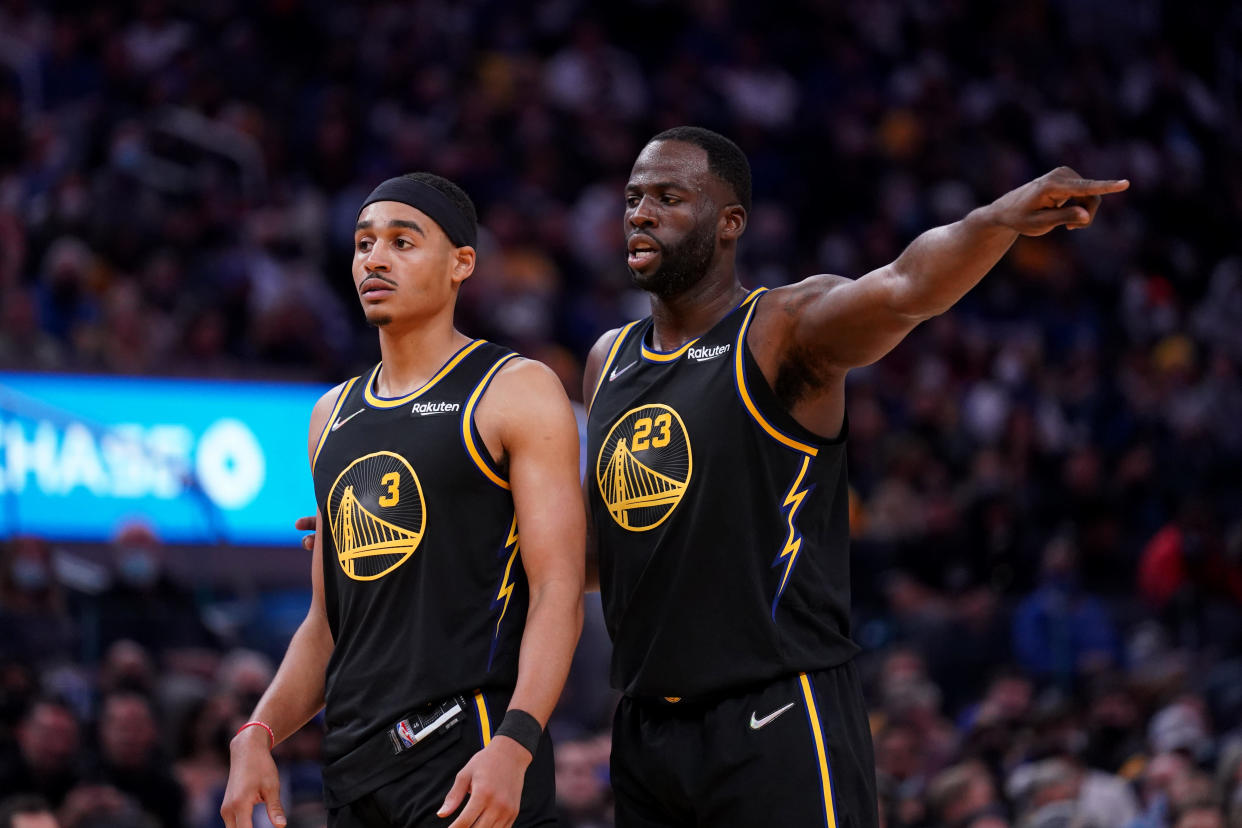 Climate change could be causing albatrosses to 'divorce'

Everything that I wanted to be': accuser recalls admiring Ghislaine Maxwell before abuse