KIM Jong-un's cronies have been filmed breaking down in tears as they learn the North Korean dictator became "seriously ill" with a fever during the Covid pandemic.

Bizarre footage shows generals and health workers visibly weeping during a speech in the North Korean capital Pyongyang – the first by Kim in several weeks. 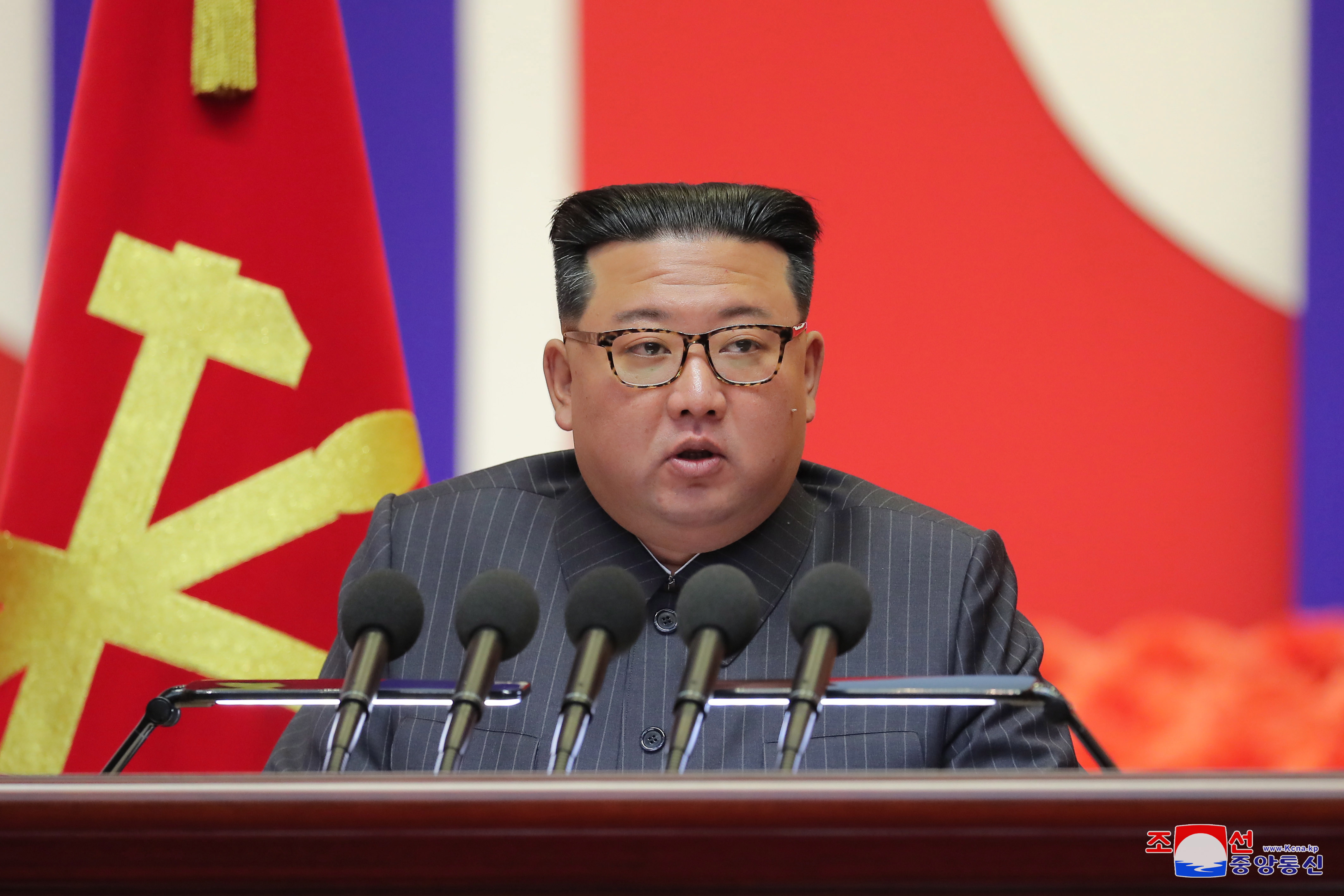 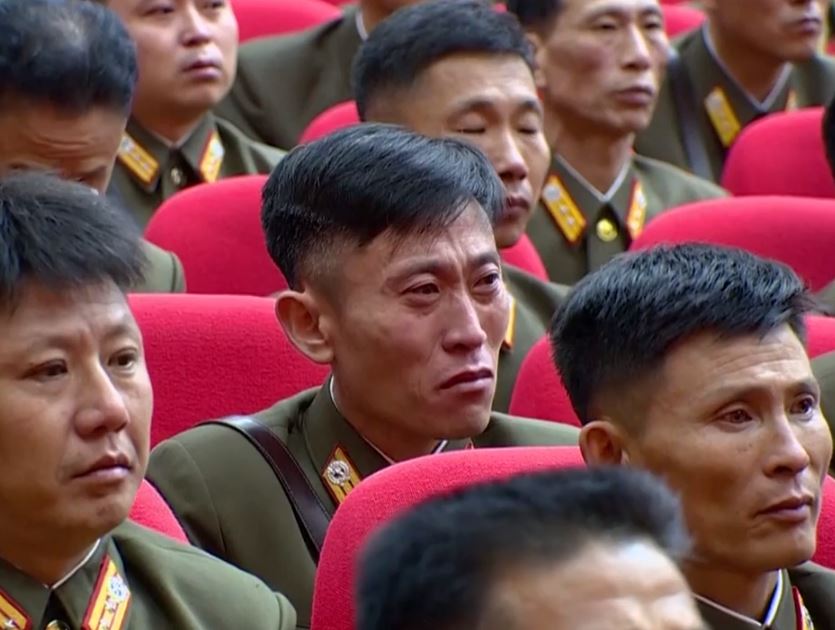 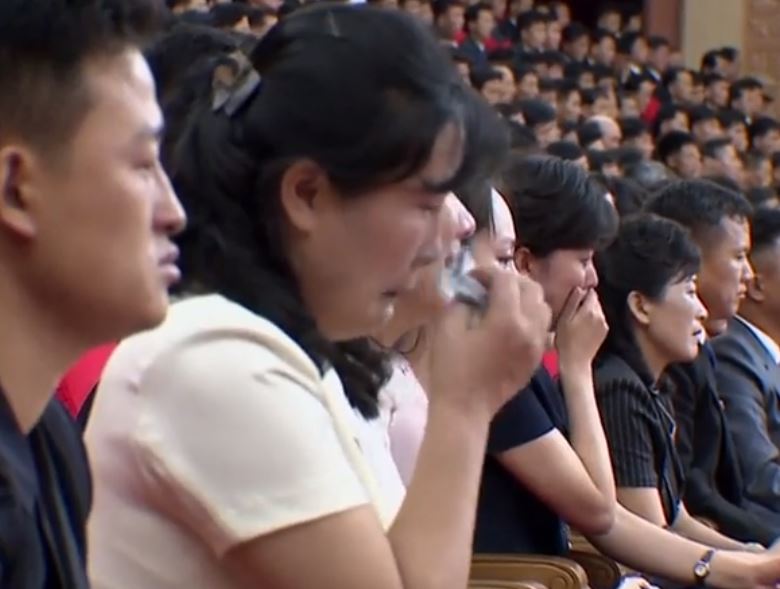 In a fiery speech, Kim's younger sibling Kim Yo Jang accused South Korea of spreading the coronavirus to the North, threatening their southern neighbour with "extermination".

Speaking alongside his sister at a meeting of health workers and scientists in the North Korean capital Pyongyang, Kim declared a "shining victory" in his country's battle with Covid-19 and called for preventative measures to be eased.

He also claimed the official national death toll from Covid of just 74 was an "unprecedented miracle in the history of the world health community," according to state media.

The country is yet to officially administer a single Covid shot – making its claims all the more unlikely. 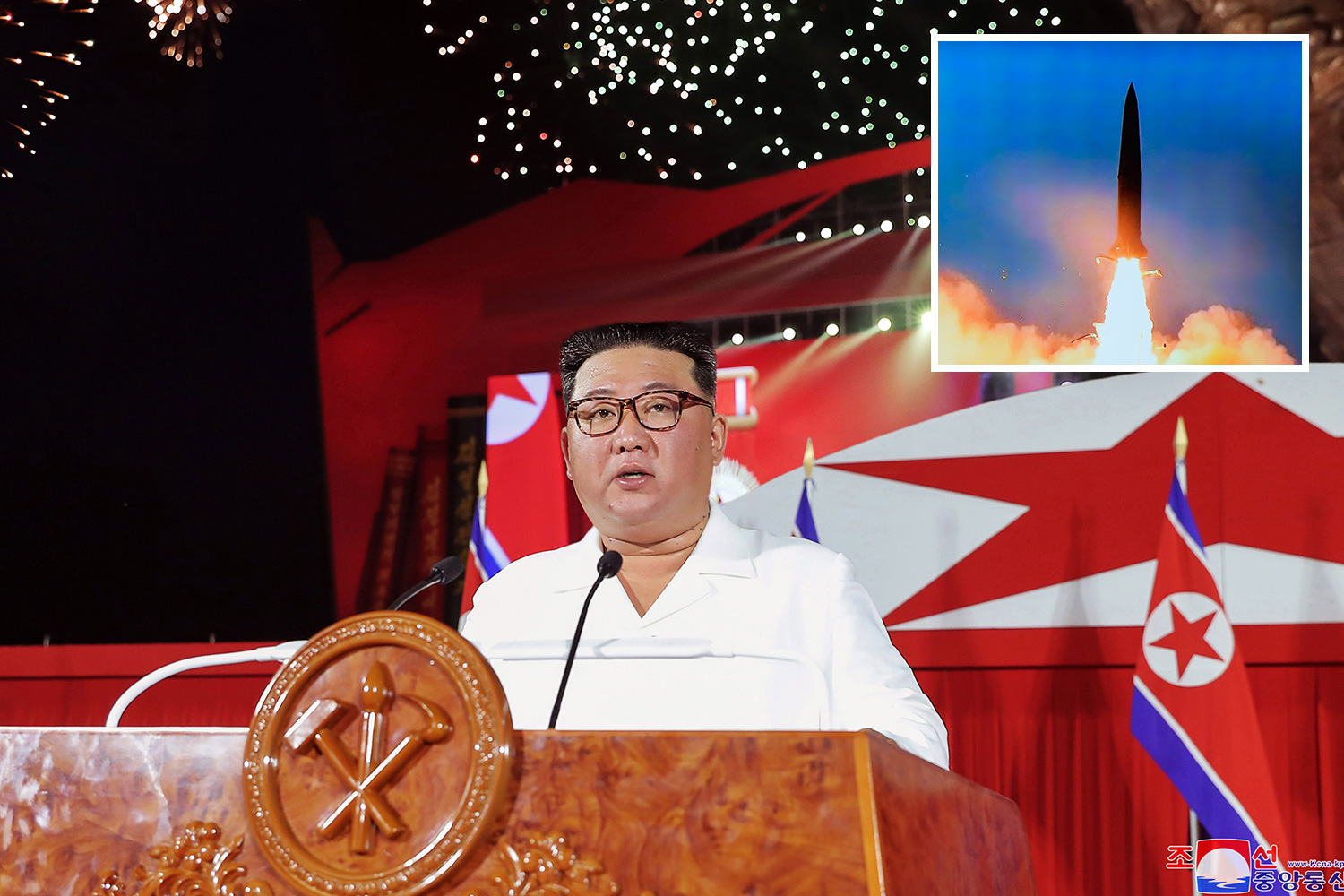 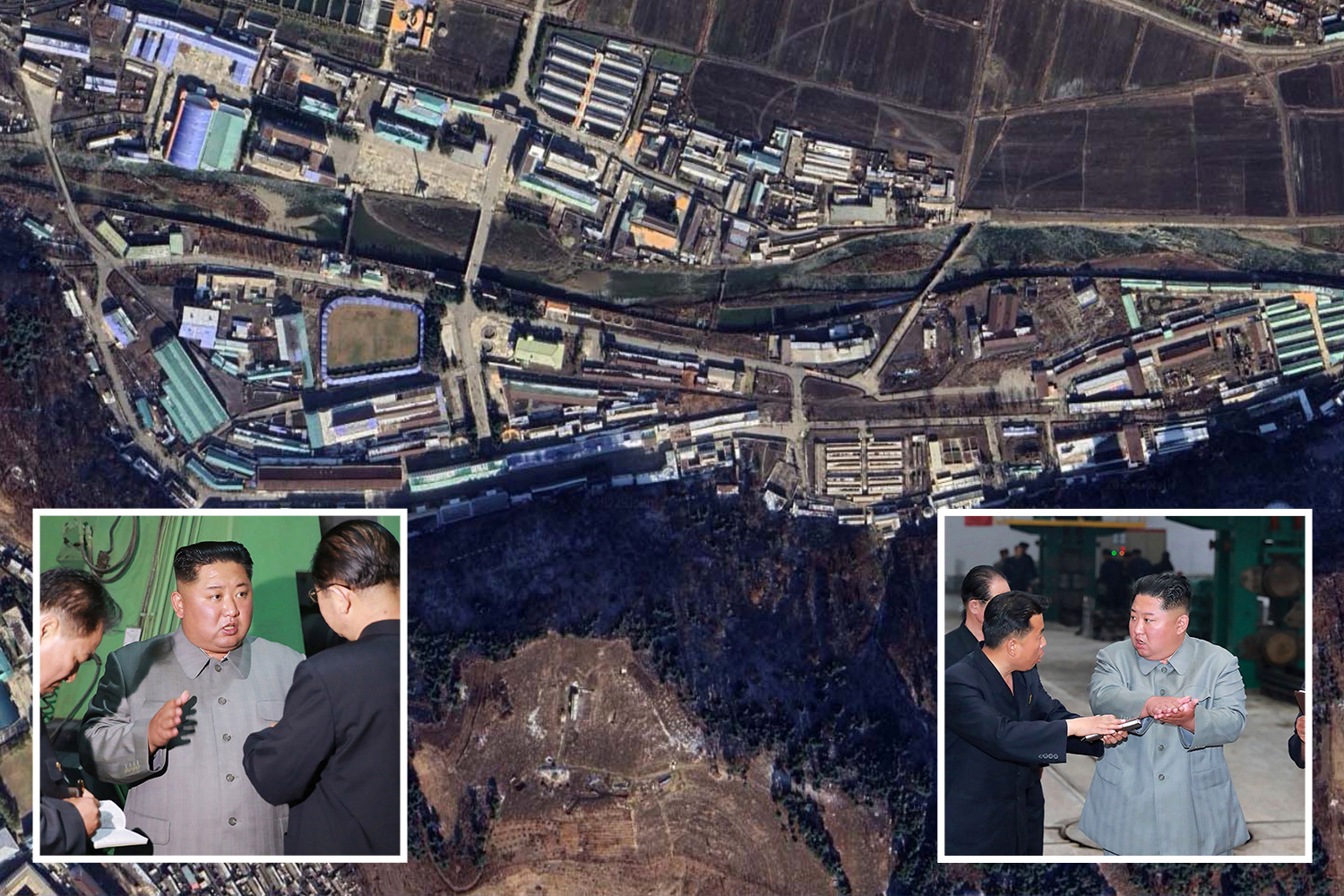 Before Kim spoke, his powerful sister gave a thundering address, blaming the Covid outbreak in her country on propaganda leaflets flown over the border in balloons from South Korea.

Suggesting for the first time that her brother had contracted the virus, she said he had been among the 10s of millions of North Koreans to fall ill.

"Even though he was seriously ill with a high fever, he could not lie down for a moment thinking about the people he had to take care of until the end in the face of the anti-epidemic war," she said.

Her reference to her brother's illness wasn't further explained. 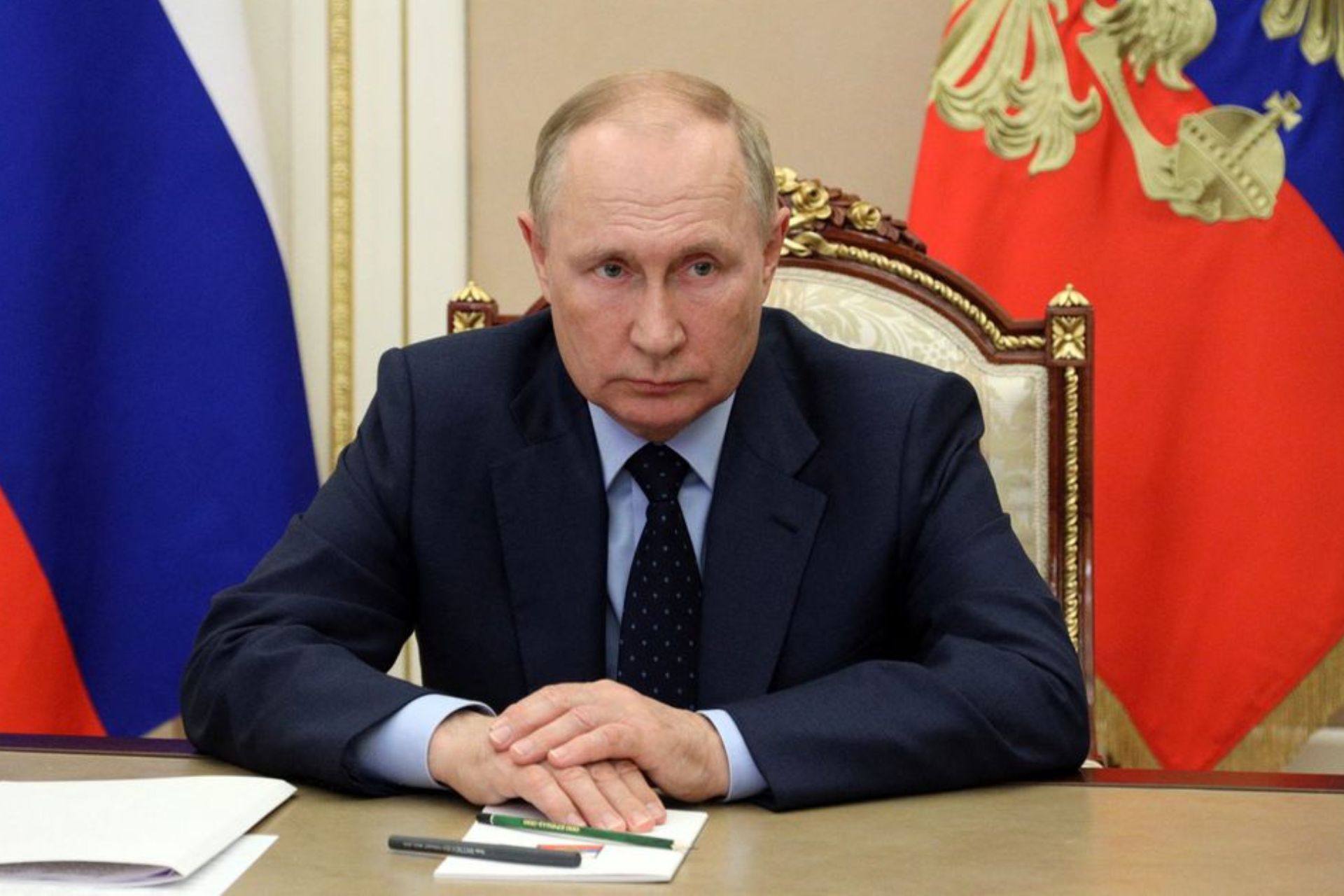 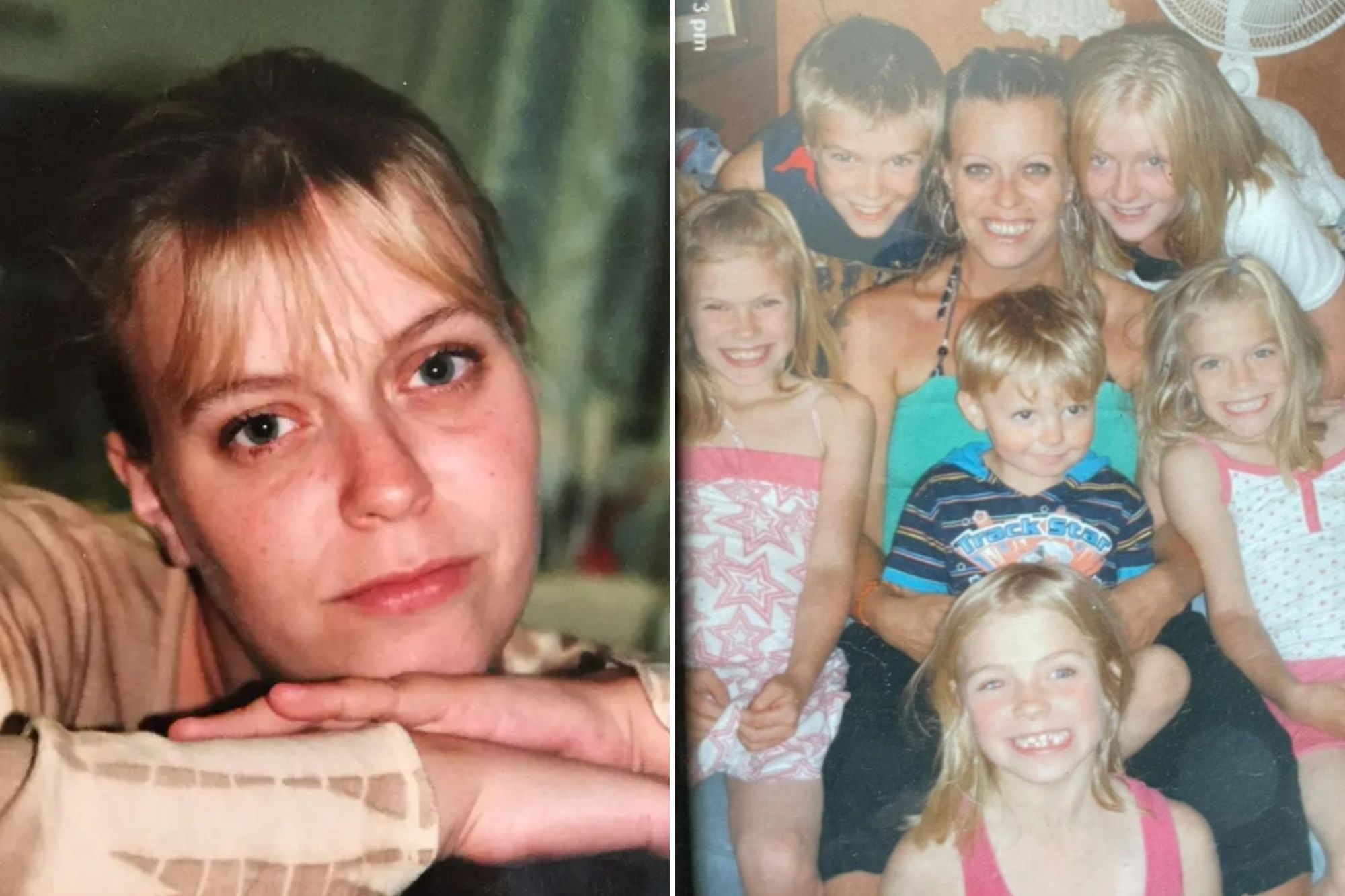 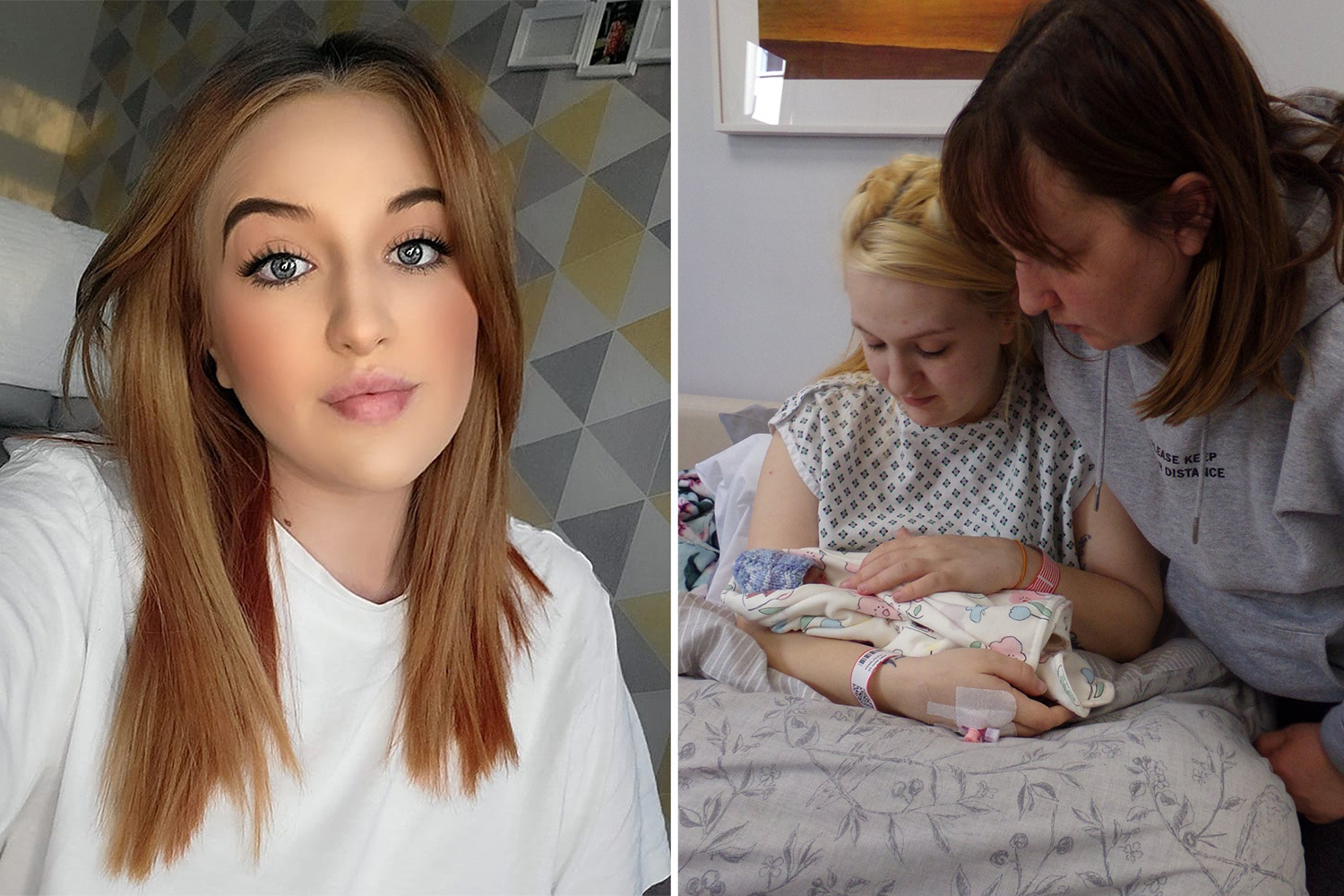 I was told my baby was dead then alive, then dead again in doctor blunder

Urgent hunt for Brit boy, 4, missing after travelling to Turkey with his mum

Members of the vast audience, including North Korean generals and health workers, could be seen visibly crying as they heard the news about their leader's illness.

It marks the first time the 38-year-old tyrant has been seen in public for almost two weeks after Kim's luxury megayacht was spotted this week near his secretive mansion.

The 12-day spell came after the dictator spent a further 19 days out of the spotlight last month.

Kim's health has been the subject of speculation for years after his weight ballooned to more than 300lbs.

Obesity has been shown to be a major risk factor in long Covid – as well as a range of other health conditions linked to the virus.

Earlier this year, a top doctor told The Sun Online it was likely the North Korean leader had a gastric sleeve operation to help him shed 40 pounds.

Even though he was seriously ill with a high fever, he could not lie down for a moment thinking about the people he had to take care of until the end in the face of the anti-epidemic war

Kim's sudden declaration of an end to Covid has raised fears he may be gearing up for a fresh nuclear test, according to Leif-Eric Easley, professor of international studies at Ewha Woman's University in Seoul.

South Korean and US officials have both warned Kim could be preparing for his country's first nuclear test in five years.

Experts claim Kim wants to use his nukes to leverage President Biden over badly-needed sanctions relief.

The fiery rhetoric of Kim's sister may mean the North is looking for an excuse for its next military provocation against Seoul, Professor Easley added.

State TV showed the crowd cheering and clapping as Kim's sister vowed that her country would eradicate not only Covid but also South Korean authorities if the neighbour tried to introduce the disease again.

She accused South Korean "puppets" of "thrusting leaflets and dirty objects" into the North, adding: "We must counter it toughly".

For years, activists in the South have flown balloons over the border to distribute propaganda leaflets critical of Kim, sparking fury in North Korea.

South Korea has denied the claims by its northern neighbour that it is responsible for spreading Covid.

North Korea's Covid case numbers are believed to have skyrocketed when the country briefly reopened its northern border with China to freight traffic in January.

Military parades and other mass events in Pyongyang in April are thought to have triggered further surges. 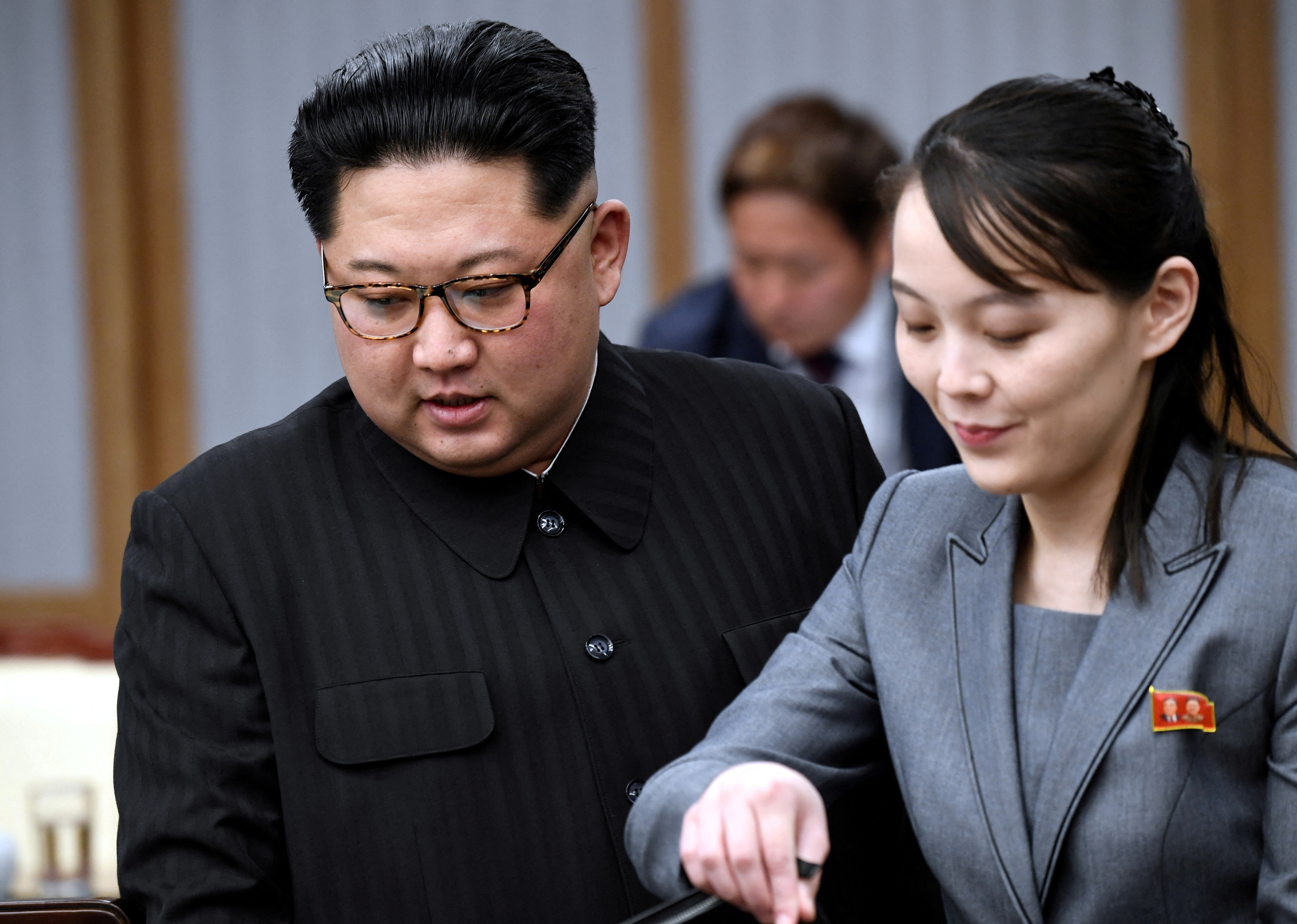 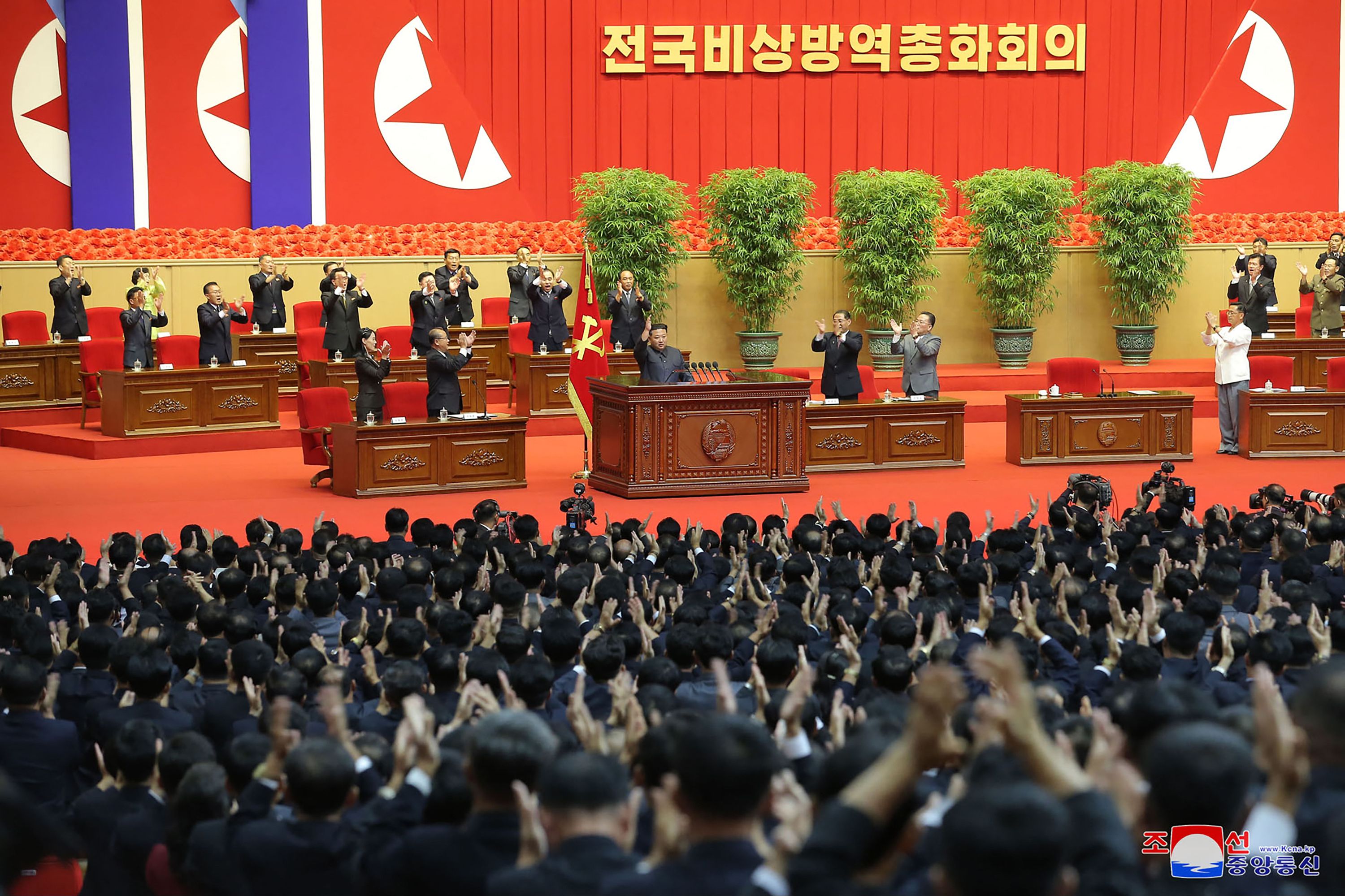 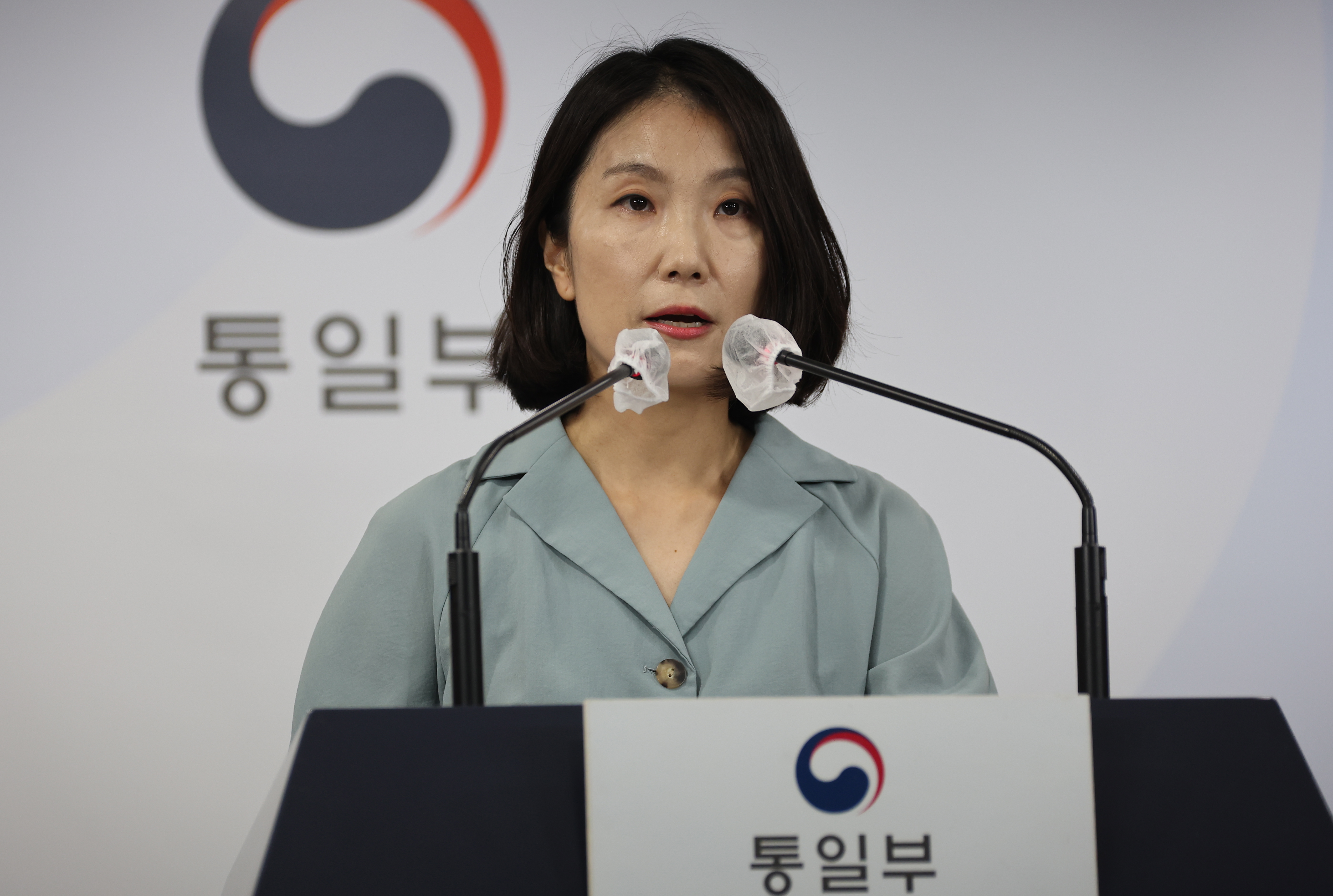 Dr. Zenovia Daily Cleanser Can Help Clear Acne and Even Out Your Skin Tone