Home » World News » Who is Dr. Mehmet Oz? What to know about ex-TV show host running for Pennsylvania Senate.

Oz’s victory marks the third Senate primary this cycle in which Trump’s endorsement lifted a candidate with no prior experience holding public office to the GOP nomination. 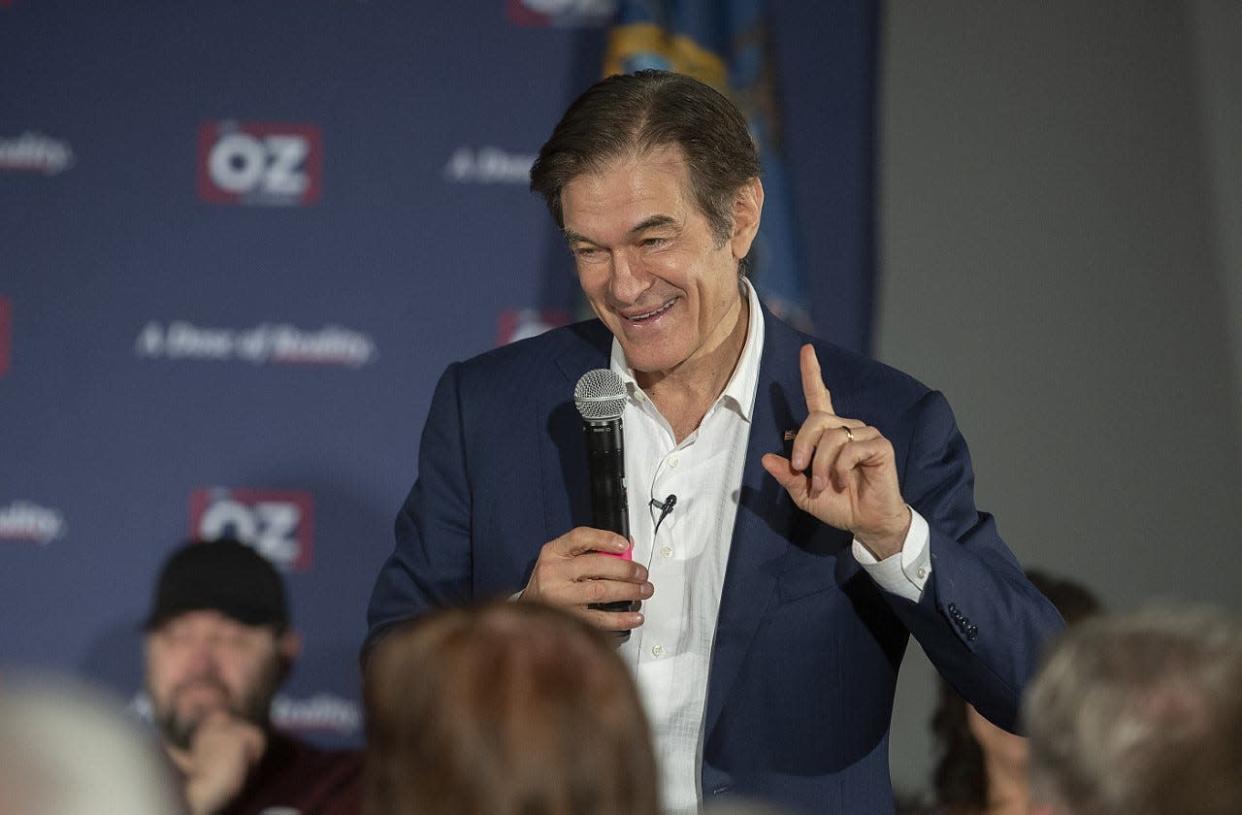 On Politics newsletter: Keep up with the latest breaking politics news

2022 midterm elections: The most interesting Senate races to watch, from Georgia, to Pennsylvania and Florida

Nevada GOP Senate nominee: Adam Laxalt is running in the Nevada Senate race. What to know.

Oz is best known for his nationally syndicated television program the Dr. Oz Show, which came to an end with his Senate run. Oz’s ascent to fame began with frequent appearances on the Oprah Winfrey show, where he appeared as a health expert, before finally getting his own show in 2009.

He had worked as a heart surgeon at the New York Presbyterian Hospital, according to his biography on the Dr. Oz Show website.

In the medical community, Oz’s promotion of alternative medicines has made him a controversial figure. Some doctors have gone as far astopublicly call for Columbia University, where Oz taught, to cut its ties with the now Senate candidate, Vox reported.

The university removed Oz’s profile from its website, the Daily Beast and others reported, following his Senate race entrance.

Oz’s parents immigrated to the U.S. from Turkey. His father, Mustafa, had also been a surgeon.

Oz’s campaign website lists more than a dozen issue areas. In his first campaign ad, Oz appealed to his medical background and addressed the COVID-19pandemic.

“They took away our freedom,” Oz said in the ad. “Without making us safer.”

His campaign site notes Oz’s opposition to business shutdowns and support for keeping children in schools. He also told Fox News he was opposed to vaccine mandates.

Another focus of the Oz campaign is “energy independence,” which was one of many issues highlighted in Trump’s endorsement statement. His campaign site says Oz supports slashing regulations on the fossil fuel industry to increase domestic energy production.

The rest of Oz’s platform runs the gamut on the GOP’s defining issues during Joe Biden’s presidency.

“Election security,” “cancel culture,” and “get tough on China,” are all focuses of the campaign along with more classic Republican positions on gun rights, the economy, immigration and abortions.

The Court is right. Roe was wrongly decided. Abortion laws should be left up to the American people and their elected representatives. I look forward to supporting pro-life legislation that saves innocent lives in the U.S. Senate. https://t.co/imigvISfMI

Who is endorsing Dr. Oz?

Who is Dr. Oz’s daughter?

One of Oz’s children is his daughter Daphne Oz, a chef and TV personality, who hosts a cooking show that replaced her father’s show. In 1985, Oz married his wife Lisa, with whom he has four children.

Oz vs. Fetterman in the polls

Where does Dr. Oz live?

Who is Dave McCormick?: Former hedge fund executive running for Senate in Pennsylvania

Who is Kathy Barnette?: The GOP candidate surging late in Pennsylvania Senate race

This article originally appeared on USA TODAY: Who is Dr. Oz? Ex-TV host is running for U.S. Senate in Pennsylvania

Google down: Search, Gmail and YouTube offline in devastating outage – here’s the latest

Coronation Street spoilers: Bethany Platt is bound and gagged after finding out Kayla is abusive cop Neil Clifton's daughter and confronting her at home

How Selena Gomez, J.Lo, and More Celebrities Are Spending Time at Home During the Coronavirus Pandemic