GREATER Manchester has been under harsh restrictions since England's second lockdown came into force in early November.

But will it be announced that Manchester will go into Tier 2 today? Here is everything you'll need to know… 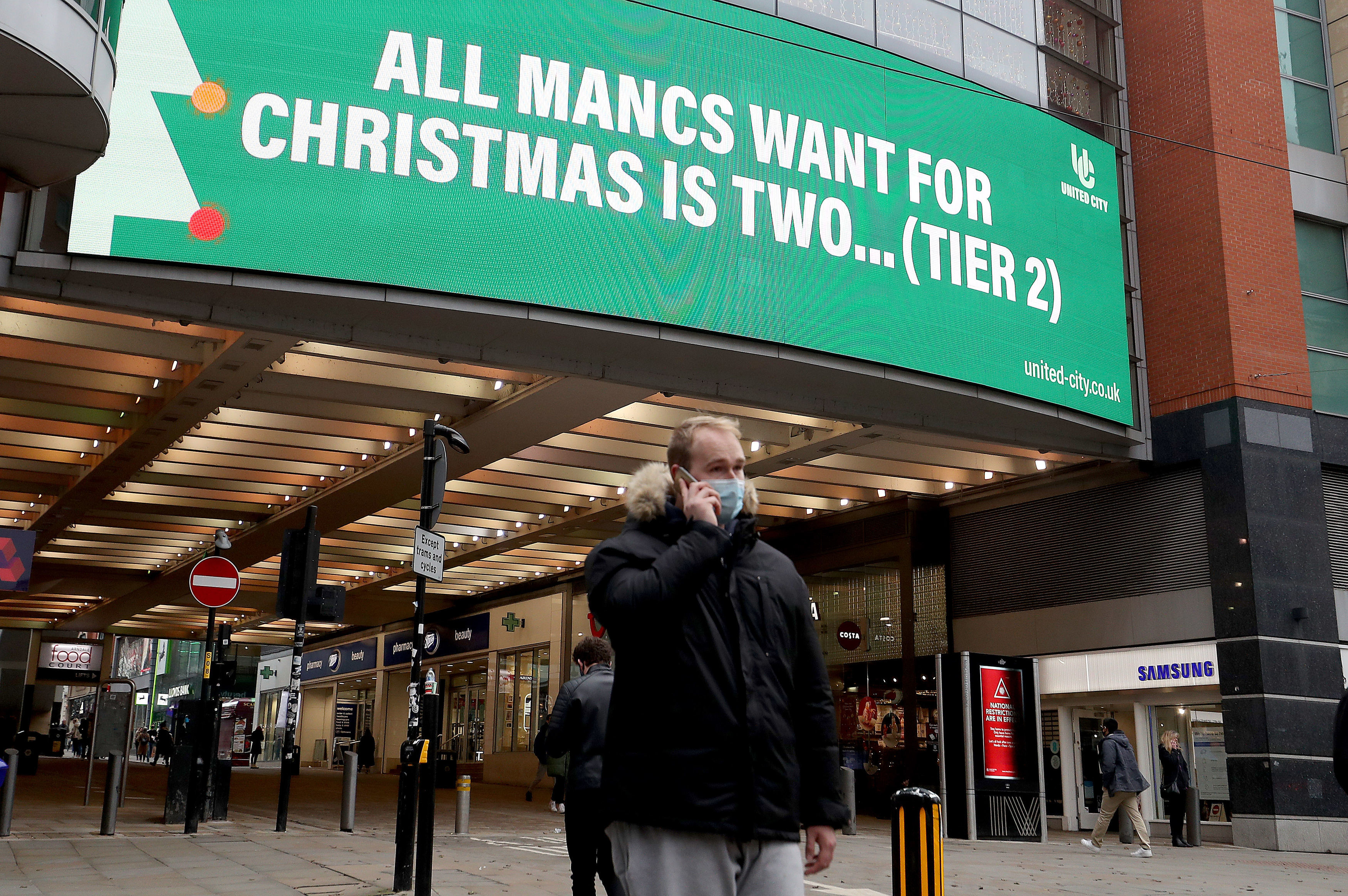 Will Manchester go into Tier 2 today?

Sources have told Manchester Evening News that it is expected that the area will stay in Tier 3.

The area has had just three weeks of looser restrictions since the first lockdown.

The latest figures show there were 153.4 positive tests in Greater Manchester for the week ending December 9 for every 100,000 people in the local population, down 7.7 per cent compared to the week before.

It puts the region significantly lower than the infection rate for England, which has risen by 15 per cent to 172.8 over the same period.

By comparison, the infection rate for London rose 40 per cent during the same week to 241.5.

However, NHS bosses warned that no areas should go down a Tier at the moment.

NHS Providers, which represents the 216 NHS acute, ambulance, community and mental health trusts in England, has written to Mr Johnson warning of a third wave.

Urging "extreme caution" on moving areas down a tier, organisation officials said: "Trust leaders are worried that if infection rates remain as high as they are the moment, relaxing the restrictions will trigger a third wave."

What are the Tier 2 restrictions?

Areas in Tier Two – where there is a high risk of coronavirus – are banned from mixing with other households indoors, including in pubs.

When outside, the rule of six applies.

Current social distancing measures, and the "rule of six" outdoors in public and private spaces will continue in this tier.

Pubs must serve a meal with drinks and last orders will be at 10pm with a closing time of 11pm. 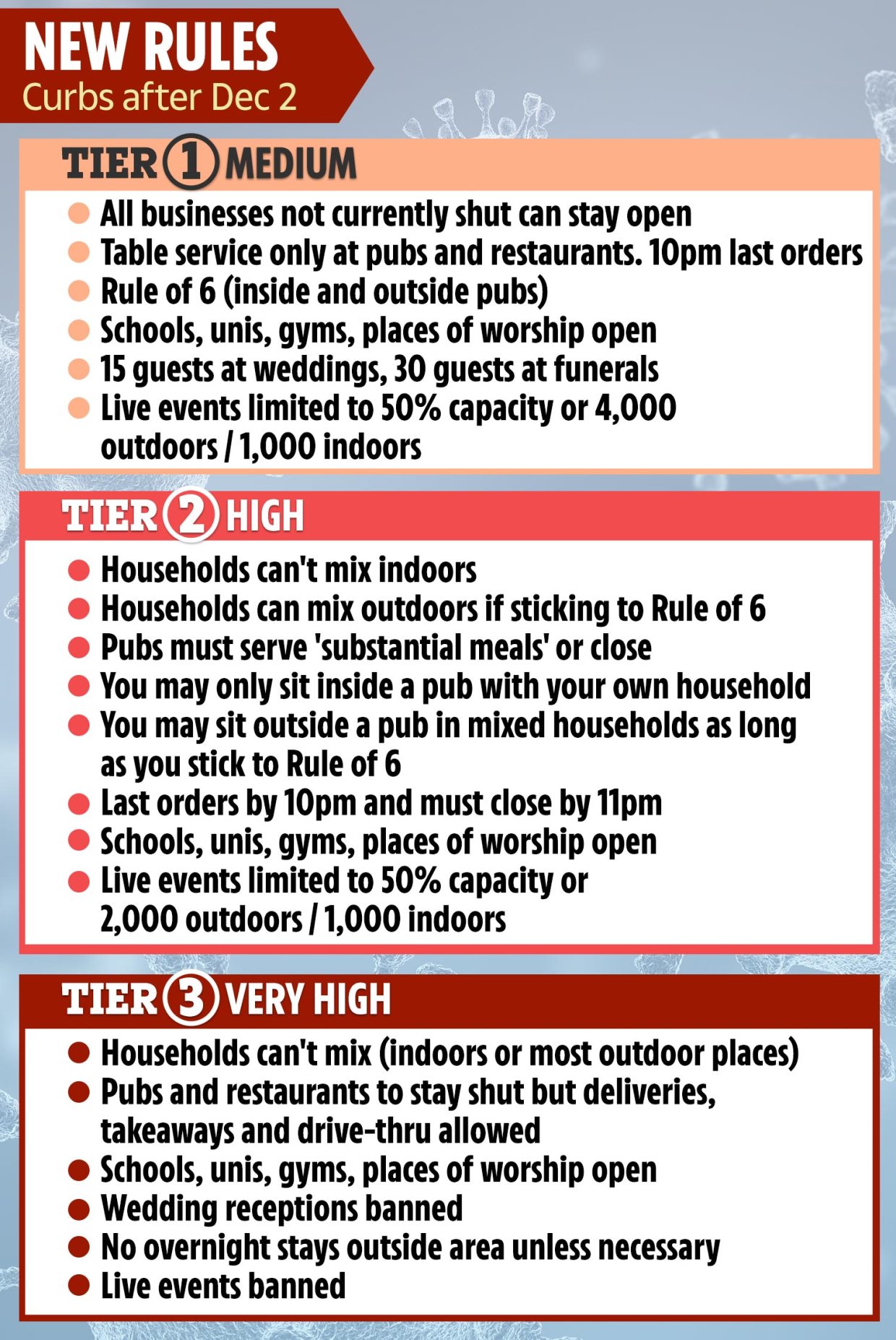 What have local leaders said?

Greater Manchester mayor Andy Burnham said there is a "clear case" for his region to go down to Tier 2.

But he said he fears ministers will "overcompensate" because of the decision to allow the Christmas easing of restrictions to go ahead despite warnings it will lead to a spike in infections and deaths.

Speaking to TalkRadio this morning Mr Burnham said that hospitality businesses could lose a "colossal" amount of money if the area stays in Tier 3.

"They [the government] should have adopted a steadier approach all the way through this because it’s going to be tough for people if they’re just told today hospitality can’t be open," he said.

“Let’s be honest there’s going to be no real review in the middle of Christmas and New Year, the next review will be in the middle of January, and that is a bleak prospect for the hospitality industry.

“I’m hearing that people have delivered beer to pubs yesterday in the expectation, or the hope, that they will be allowed to reopen.

“The money that they will lose will be colossal if there is a negative decision today.”

Parents heartbreak as roadside memorial for tragic son, 23, is cleared away for being too close to homes