Jerry Jones wants you to know: He believes in Mike McCarthy and the Dallas Cowboys coaching staff.

The team owner and general manager doesn't only want you to know he believes in them.

Jones wants you to know he has confidence they're the right group for the postseason journey that awaits Dallas.

Jones boasts "a lot of confidence," "complete confidence" and "all the confidence in the world" that the Cowboys coaches will elevate their talent Monday night against the Tampa Bay Buccaneers.

The Cowboys hired McCarthy in January 2020 to succeed Jason Garrett, who held the head role for a decade. Garrett found success in the NFC East and three times led the Cowboys to the playoffs. But too often, his teams were instead textbook average, including four different 8-8 seasons.

A now-octogenarian Jones ran out of patience. He sought a coach with postseason clout. Enter McCarthy, with nine postseason appearances in 13 years leading the Green Bay Packers including a Super Bowl title at Jones' own AT&T Stadium.

The Cowboys last appeared in a conference championship and Super Bowl following the 1995 season. 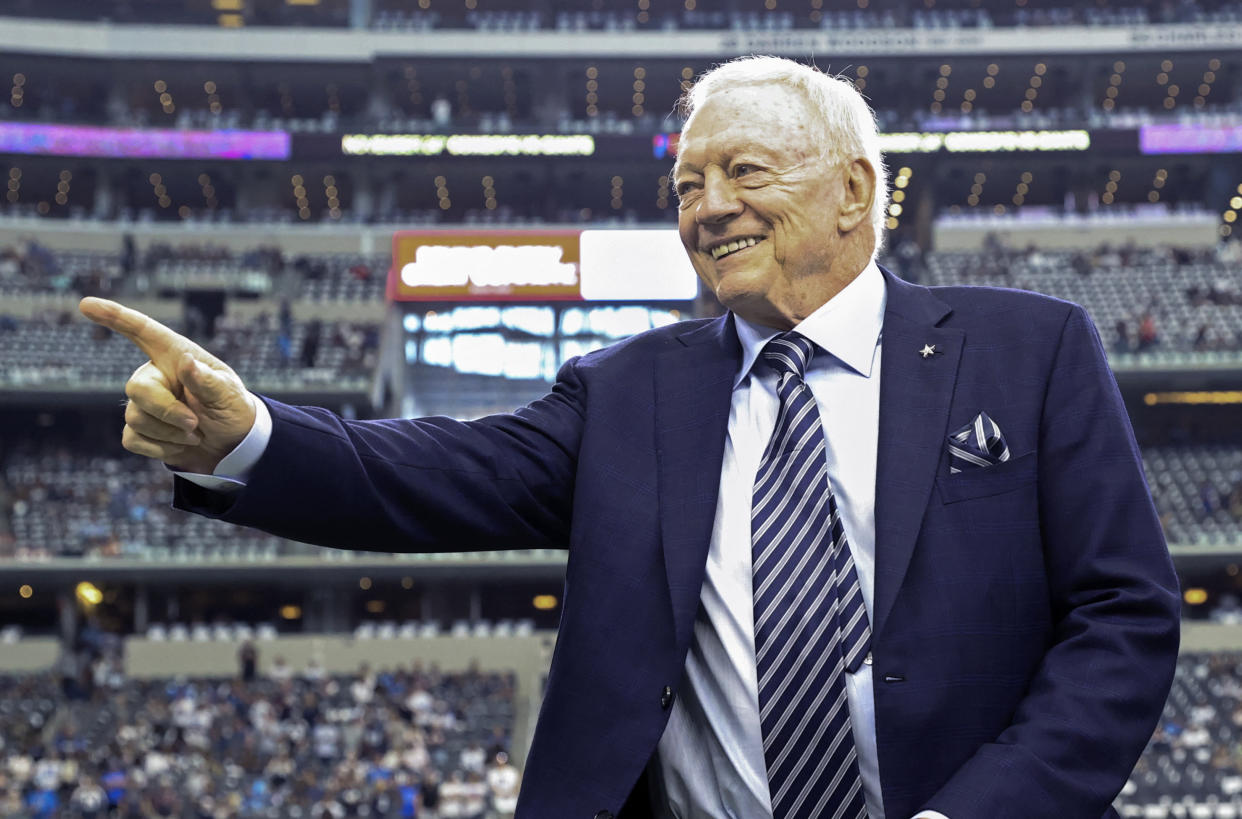 McCarthy's first Cowboys season was ravaged by injuries, his second a turnaround to a 12-5 record. The Cowboys won the NFC East and hosted the San Francisco 49ers in the wild-card round. The 49ers exposed Dallas flaws in a 23-17 upset, the loss made worse by a bungled snap at the game's end.

Now, he arrives at McCarthy's chance to redeem it.

The Cowboys again won 12 games, but the Philadelphia Eagles' dominant year leaves Dallas as the NFC's top wild-card team. They travel to Tampa to visit the below-.500 but NFC South champion Buccaneers, the Cowboys are 2.5-point favorites on the road per BetMGM.

So would another postseason collapse jeopardize McCarthy's job security?

"No," Jones exclaimed, raising his voice when asked Tuesday morning. "I don't even want to – no. That's it.

"I don't need to go into all the pluses or minuses but I've got a lot more to evaluate Mike McCarthy on than this playoff game."

Jerry’s full answer, with the voice raise y’all can hear for yourselves:pic.twitter.com/JImnLmLUat

Jones had struck a different tone Sunday after the Cowboys' 26-6 loss to the Washington Commanders, which the team owner described as "as thorough a butt-kicking" as he’d seen. Dallas hopes to use that unraveling, and last year’s loss to the 49ers, as motivation to trump Tampa.

"I have all the faith in the world that we can make the kind of adjustments we need to make," Jones said. "I can't tell you how much confidence I’ve got in Mike and our coaching staff of being on top of where we are with this team right now. They've got every nuance. They understand every frailty we might have or we might have shown Sunday. They’ve got everything in their grasp and understanding.

"We've got a great chance to go down there and have success."

Boris Johnson calls for a private jet for government ministers