Home » Celebrities » Billy Ray Cyrus Swears 'There's No Hard Feelings' With His Family Over Engagement – Even From Miley?!

Billy Ray Cyrus is moving on! And despite his extremely questionable relationship, he insists his family is happy to see him start this new chapter of his life! Hmm…

The Achy Breaky Heart singer has been turning heads and raising eyebrows ever since he went public with his new fiancée Firerose earlier this year. As the story goes, they met on the set of Hannah Montana 12 years ago — when she was just a hot 22-year-old in need of a job. He jumped to the rescue, introduced her to a bunch of Disney Channel folks, and they kept up a relationship over the last decade… even though he was married to Tish Cyrus. That’s sketchy enough, but there’s also the fact Firerose is young enough to be his daughter — literally, she’s younger than his eldest daughter Brandi Cyrus! Yeah…

No wonder they’re pissed, right? It seems like this relationship is probably the reason Billy Ray and Miley Cyrus aren’t doing so well right now. Amid her parents’ divorce, Miley and he poppa reportedly had a major falling out — and don’t even follow each other on Instagram anymore! Once the engagement news came out, we figured that had to be what set her off. And yet, he’s claiming the complete opposite!

Speaking to People this week about proposing to Firerose back in August on Thursday, the 61-year-old insisted “there’s no hard feelings” within his family regarding his shocking engagement.

We have to think there have been some hard feelings! We mean, just a mere five months after Billy Ray and Tish’s divorce, the crooner was already going public with his new romance. Then there’s the suspicious way they met and the fact that she’s basically the same age as his daughters. And the drama with Miley? At the same time?? He’s trying to tell us that’s a coincidence??

Apparently so! Referencing his split from Tish, with whom he shares daughters, Brandi, 35, Miley, 29, and Noah, 22, plus sons Trace, 33, and Braison, 28, (and son Christopher Cody, 30, with ex-girlfriend Kristin Luckey), he revealed:

“Everyone knew that that relationship was over a long time ago. Everybody’s turning the page.”

Really? Was it over 12 years ago when you met Firerose??

That said, the Old Town Road artist did admit there’s been some tough stuff to push through lately, saying:

“It’s been a lot, but everyone knew that it was time for a change.”

Uh, you sure by “time for a change” they didn’t mean for you to stop treating your wife like an afterthought? Because if they did mean it was time for her to kick him to the curb, that sounds like hard feelings…

As we reported, Billy Ray and Firerose, who share a 27-year age gap, revealed their engagement in this week’s People cover story. While their friendship has been “so solid over the years,” according to the Australian singer, it wasn’t until the pandemic hit that the actor began to rethink their relationship. He explained:

“There was sickness and death, and hard times. All of the sudden, the life that I’ve always known as a touring artist didn’t exist anymore. A moment of so much change. And at the same time, Firerose, who had been such a light of positivity, such a best friend. And then when we began sharing the music, it just evolved more into, as musical soulmates, to soulmates, happy, pure love that to me, I didn’t know could exist. Again, we’re musicians, first and foremost, both of us. And we found this harmony, and this rhythm, this melody to life.”

Tish officially filed for divorce in April citing the classic “irreconcilable differences” as the reason for the split. She also asked the court to equally distribute all marital assets, as well.

At this point, we probably won’t believe there are no hard feelings among the Cyrus clan until we see them make public amends again — even if it’s just an IG follow!

What about U, Perezcious readers? Do you think Billy Ray’s family was really on board with this? Let us know your hot takes (below)! 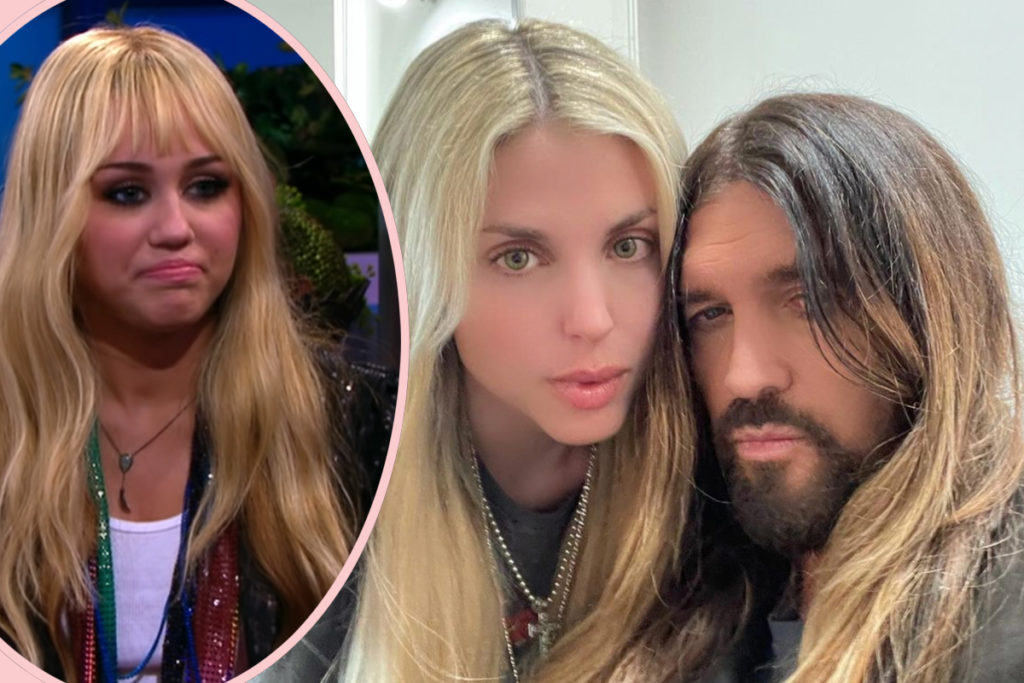 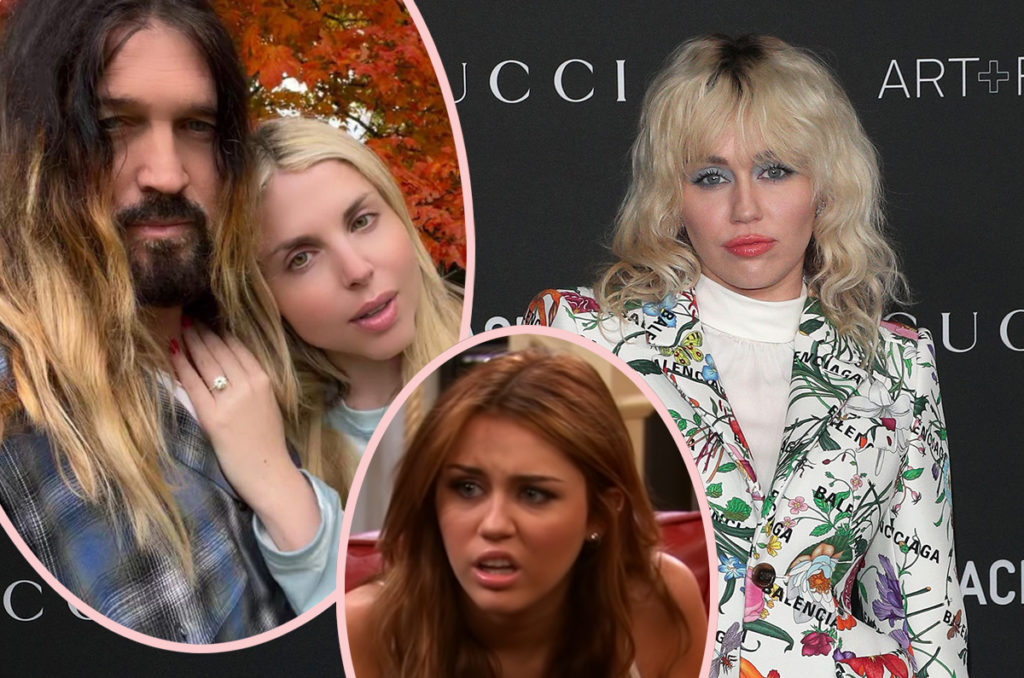 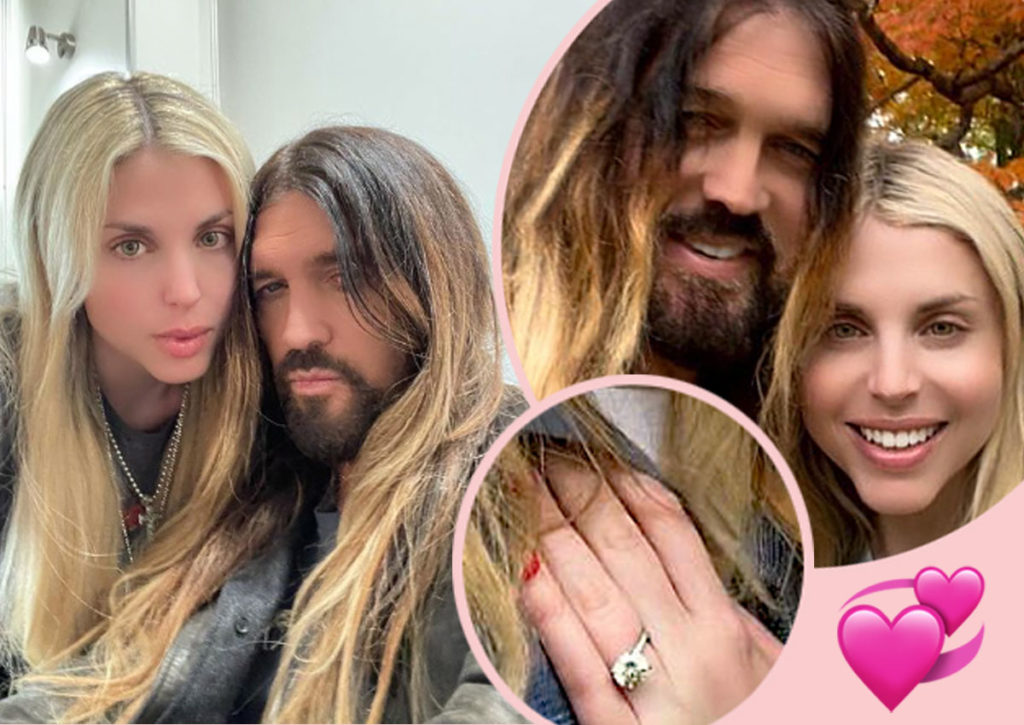 Army to announce vaccine that protects from ALL COVID, SARS variants