The wooden balls dangling between Mick Fleetwood’s legs on the cover of Fleetwood Mac’s Rumours album have sold for £104,000 at auction.

The props went under the hammer at Beverly Hills-based Julien’s Auctions at the weekend, along with personal items belonging to band members John and Christine McVie. Miss McVie died last week at the age of 79.

Fleetwood, 75, said he stole the balls, which feature the words ‘Open Sesame’ embroidered in gold thread, from a club toilet.

A vintage dress worn by Miss McVie on the back cover of Rumours – one of the best-selling albums of all time – fetched just over £46,000. 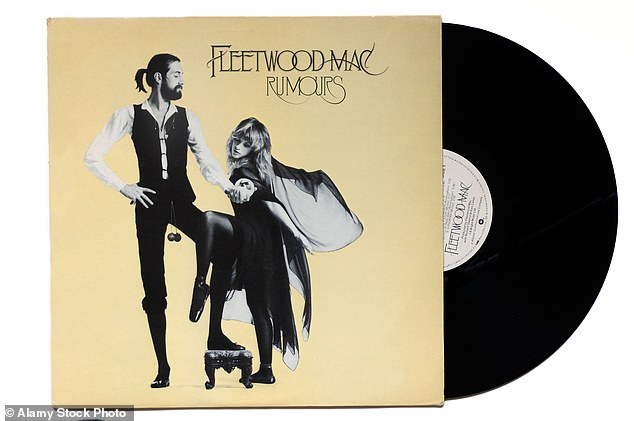 Fleetwood, 75, said he stole the balls, which feature the words ‘Open Sesame’ embroidered in gold thread, from a club toilet

Fleetwood is famously pictured wearing the balls around his waist while holding hands with singer Stevie Knicks on the cover of the album.

Speaking to Maui Time in 2009, he said: ‘I came out, and I must admit, I had a couple of glasses of English ale and came out of the toilet with these.

‘I ripped them off the toilet and had them hanging down between my legs.’

He continued: ‘In truth, I started off as a blues player. The whole ethic of a lot of blues music is slightly suggestive, might I say.

‘And suitably, I walked out on stage with these two lavatory chains with these wooden balls hanging down, and after that it just stuck.’

A Julien’s Auction spokesperson said: ‘An emotional moment of the auction was the sale of the collection of Christine McVie, who passed away three days before the event took place.

‘The auction and catalogue of her most personal and professional items organised by Ms. McVie and her team with Julien’s a year ago represented the Songbird’s lifetime of great performances, recordings and songs as a member of one of the best-selling groups of all time, Fleetwood Mac, and as a legendary solo artist.’

All you need to know about Emmerdales Dean Andrews children