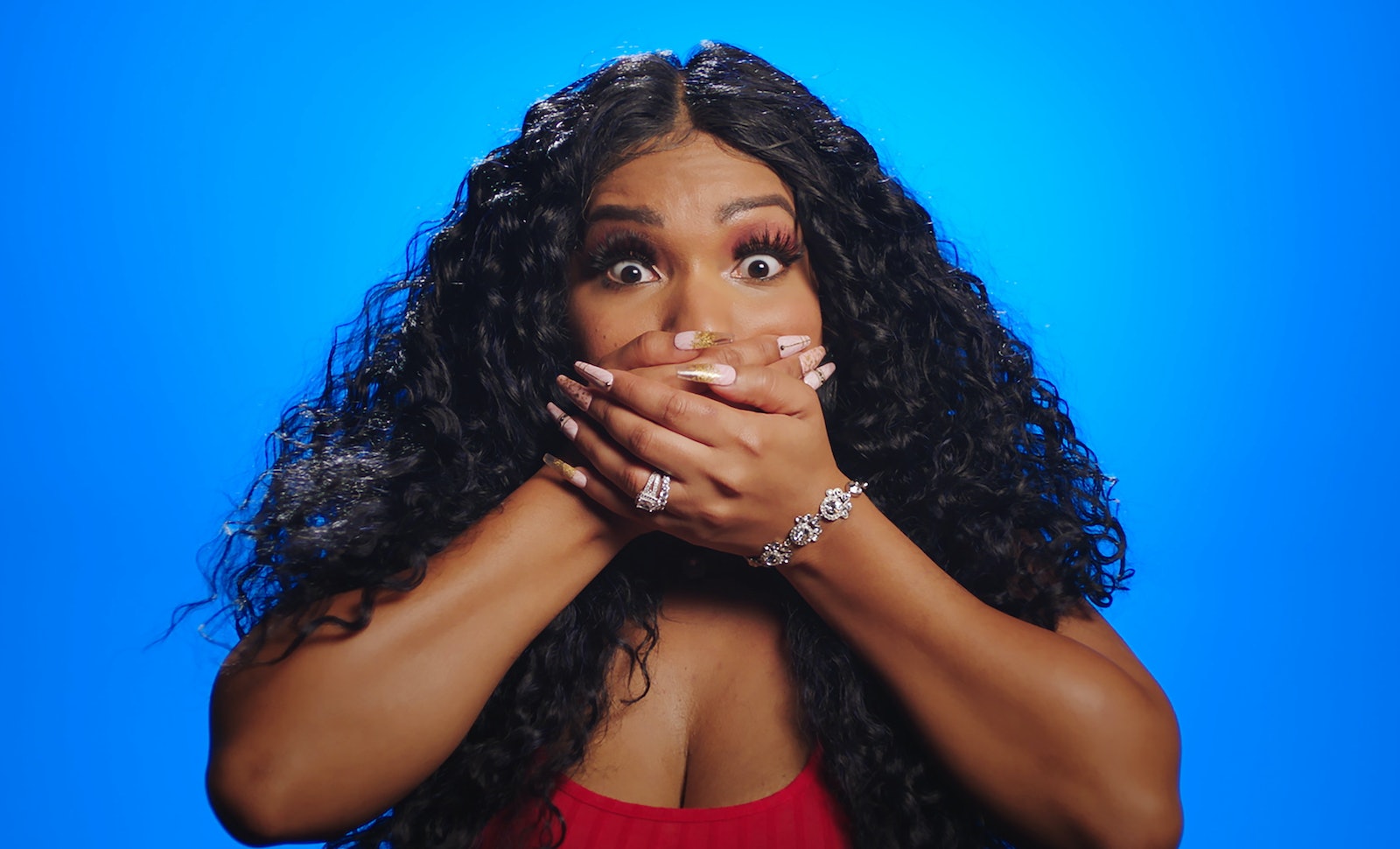 It might look fun to pretend to be someone else on The Circle, but it also involves a ton of work. That’s what Season 2 contestant Deleesa Carrasquillo found out when she was preparing to come on the show as a fictionalized version of her husband, Trevor. To be the best catfish she could be, Deleesa studied up on her The Circle Season 2 persona Trevor as much as she could… and she may have even taken the preparation a bit too far.

Deleesa was one of the first people to log into the Circle for Season 2 and she came in with a strategy. In her intro package, Deleesa said she believes men have an easier time staying out of drama on social media, which inspired her to play as a man — not just any man, though. Deleesa chose to catfish the other players as her actual husband, Trevor. To really up the sentimentality of her character, Deleesa did add one lie to Trevor in making him a single father (although they do have a kid together).

To make sure her version of Trevor was convincing, Deleesa says she had her husband fill a notebook with specific details about things he’s passionate about. "I studied a lot," she tells Elite Daily. "I made Trevor write down in a book all about sports, all about working out, just guy stuff, down to, like, haircuts [and] what type of name brands he wears."

Viewers got to see this notebook save the day during a conversation between Trevor and Emily in Episode 3. Emily (actually played by a man named Jack) referenced NFL star Saquon Barkley in a chat with Trevor, prompting Deleesa to flip through her Trevor notebook to find details about the New York Giants running back.

While all that studying helped her out in that moment, Deleesa admits most of the information she learned didn’t even matter in the end. "I studied, I was memorizing stuff, and half the stuff nobody even cared about; nobody asked me or anything," she says. "It’s so funny because I did all this work, but I was more just using my personality."

From what fans have seen so far, Deleesa’s statement rings true. The Bronx-based mom really hasn’t had to alter the way she interacts with other players too much, except for a bit of flirting with Chloe. Find out how long Deleesa can keep the Trevor act going when new episodes of The Circle Season 2 drop Wednesdays on Netflix.

When is Katy Perry's baby due?

‘Why don’t you know?’ Piers Morgan erupts at Zahawi on ‘ridiculous’ lack of border checks