EDEN CONFIDENTIAL: Fiance of Boris Johnson’s daughter gets final clear scan after secret cancer fight ahead of the couple’s wedding

The wedding of Boris Johnson’s daughter, Lara Johnson-Wheeler, will be a particularly poignant occasion.

For Lara’s fiance, Patrick Mueller, has revealed that he has been fighting a secret cancer battle.

‘I’m still processing what happened between getting my testicular cancer diagnosis in early summer and a final clear scan last week,’ says Mueller, a German-born art director based in London. He adds online: ‘I couldn’t be more thankful for all the incredible support, care and love.’

Journalist Lara, 29, is the eldest of the former prime minister’s seven children. Her mother is his second wife, Marina Wheeler. 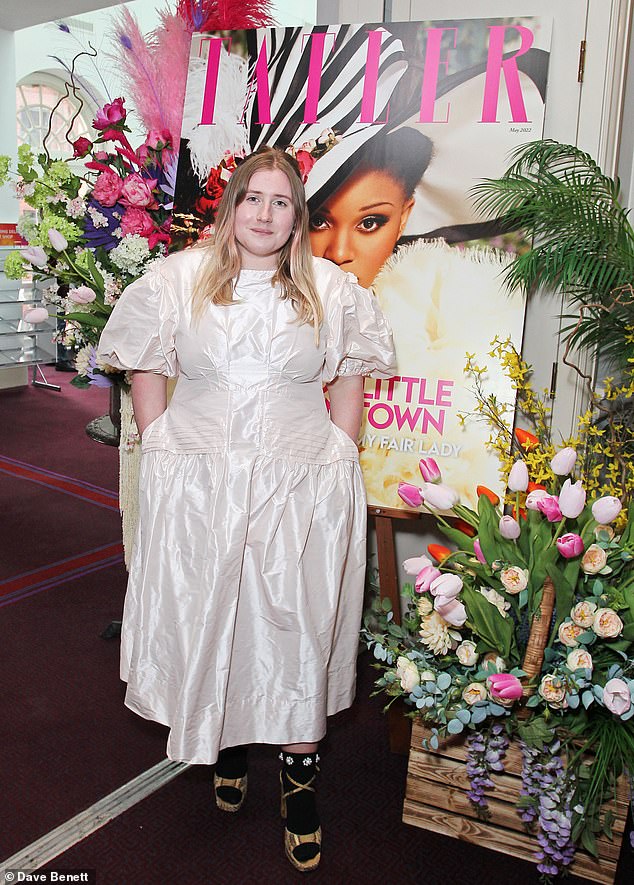 Lara Johnson-Wheeler’s fiance Patrick Mueller, has revealed that he has been fighting a secret cancer battle 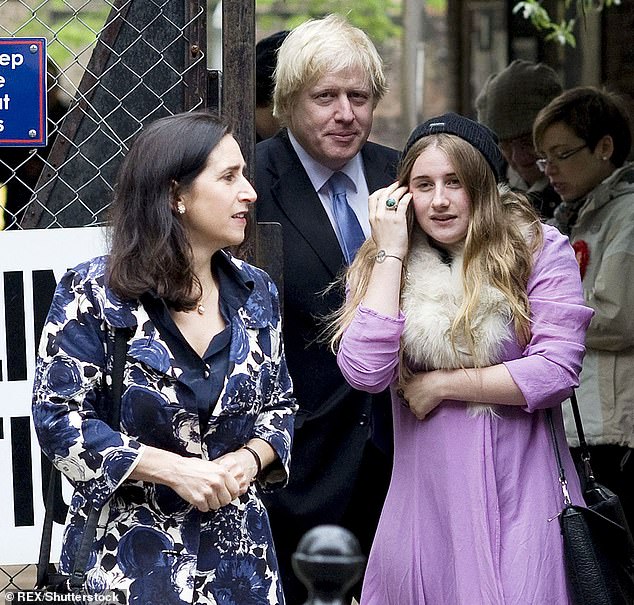 Journalist Lara (right), 29, is the eldest of the former prime minister’s seven children. Her mother is his second wife, Marina Wheeler (left)

Bless me! Has star Fiennes seen the light?

Who’s the holy man in the vivid red cassock? It turns out to be the less-than-saintly actor Ralph Fiennes.

The English Patient star, 60, is pictured on the set of his latest film, Conclave, in Italy where he has been cast as Cardinal Lomeli in the Vatican-set conspiracy thriller, based on Robert Harris’s best-selling novel. 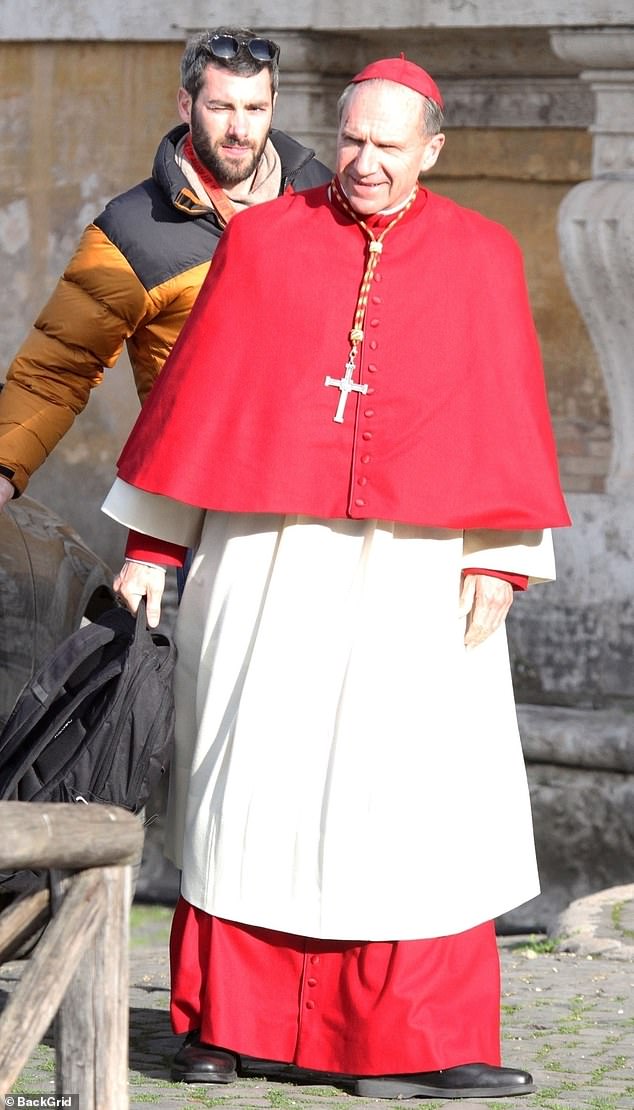 Who’s the holy man in the vivid red cassock? It turns out to be the less-than-saintly actor Ralph Fienne

While the actor has won numerous awards for his work, his private life has been less garlanded.

In 1997, he left his wife, actress Alex Kingston, for another screen star, Francesca Annis. After more than a decade together, he and Annis split up due to his alleged affair with Romanian singer Cornelia Crisan.

He faced further scrutiny in the late 2000s when an air stewardess who seduced him on a Qantas jet admitted previously working as a prostitute.

While the Duchess of Sussex has very publicly trashed Prince Harry’s family, his ex-girlfriend Cressida Bonas has paid a touching tribute to her own husband’s loved ones.

I can reveal that the actress and her other half, Harry Wentworth-Stanley, have named their first child after her husband’s much-missed brother, James, who died tragically when he was just 21.

‘They have called him Wilbur James Wentworth-Stanley,’ one of their friends tells me.

‘James is a dedication to Harry’s beloved brother.’ 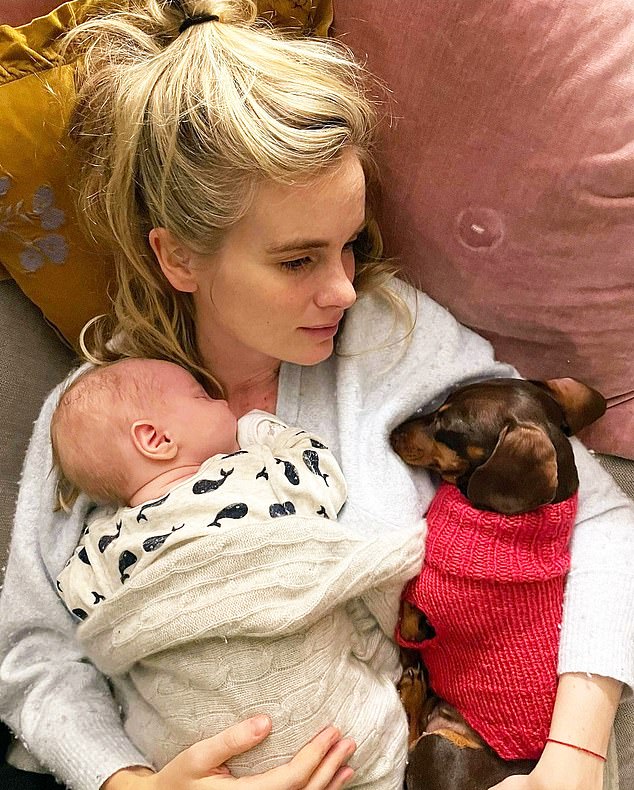 Prince Harry’s ex-girlfriend Cressida Bonas and her other half, Harry Wentworth-Stanley, have named their first child after her husband’s much-missed brother, James, who died tragically when he was just 21

Cressida, 33, wrote movingly in this newspaper last year of how the life of her in-laws had been turned ‘upside down’ when James took his own life in 2006.

‘He was a student at Newcastle University and, growing up, he had never shown any obvious signs of depression or mental illness,’ she wrote.

‘He was fun, sporty, kind and popular. Many have said he was a golden boy.

‘Following a minor operation, he sought help for anxiety and suicidal thoughts. Later that week, while back in Newcastle, James went to an NHS walk-in centre and was then referred to A&E as a low priority.

‘James left A&E without being seen. A letter was sent from the NHS to his family GP by second-class post to the wrong postcode. By the time it arrived, James had already taken his own life, ten days after the operation.’

His family vowed to do something to help others avoid similar tragedies and formed a charity, James’ Place, which supports, advises and helps men in suicidal crises with individual therapy.

The first centre was opened by Prince William in Liverpool in 2018.

Cressida, who went out with the King’s second son for two years until 2014, gave birth last November. She married Wentworth-Stanley, 33, a partner in a property investment firm, in 2020. He is the son of the Marchioness of Milford Haven.

Sir Rod’s lad to be a dad

Sir Rod Stewart has eight children with five different women, and now his son Liam is to be a father.

Liam, 28, has revealed that his girlfriend, Nicole Artukovich, a project manager, is expecting their first child. ‘A baby boy joins us in May,’ says Liam, who plays professional ice hockey in Washington State in the U.S. He was born in Britain but raised in California. His mother is Kiwi model Rachel Hunter, Sir Rod’s second wife. 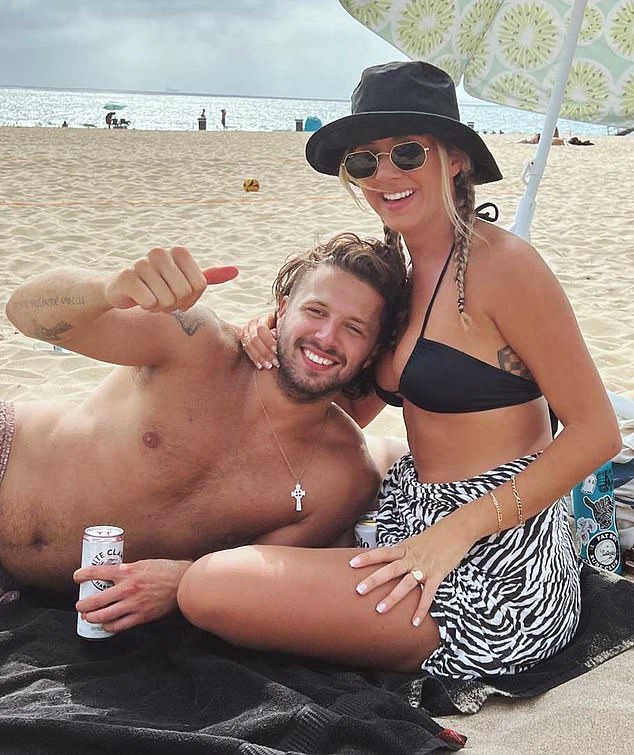 Sir Rod Stewart has eight children with five different women, and now his son Liam is to have a baby with his girlfriend, Nicole Artukovich

‘I can’t wait — finally I get to tell everyone.’

Sir Rod has one granddaughter, Delilah, by his daughter Kimberly Stewart.

The Central Council of Church Bell Ringers is trying to recruit thousands to herald the crowning of our new monarch in May.

There are about 38,000 church bells in the UK and 30,000 ringers. ‘It would be quite ambitious to try to recruit the difference in such a short space of time, as learning to ring completely does take some time,’ admits Vicki Chapman, of the council.

It has set up a website, Ring for the King, encouraging young people in particular to try their hand at the ancient art. ‘We would hope that people find this new hobby, skill, and social activity something they would want to continue.’

Spare a thought for Bryan Ferry’s son Isaac, who’s been scammed out of £4,000 after fraudsters hacked his Facebook account. DJ Isaac says: ‘Someone started spending large amounts of money on Facebook ads for a sports store in Indonesia. The same hackers then increased the amount spent to £400 a day. I’m now £4,000 in debt.’

Amazon Prime is said to be thinking of parting ways with Jeremy Clarkson. Clarkson’s Grand Tour colleague James May appears to be planning for life after their show. ‘Successfully applied for my over-60s bus and Tube pass,’ says May, who celebrated his birthday yesterday. May is said to have a £20 million fortune.

Singer Danielle de Niese has taken to wearing sunglasses on the red carpet, but it’s not an affectation.

‘I got some debris in my eye, which caused a catastrophic reaction,’ says the soprano, 43, who’s married to Gus Christie, chair of Glyndebourne festival. She tells me: ‘You don’t feel you can show yourself because you look like something out of a horror film.’ 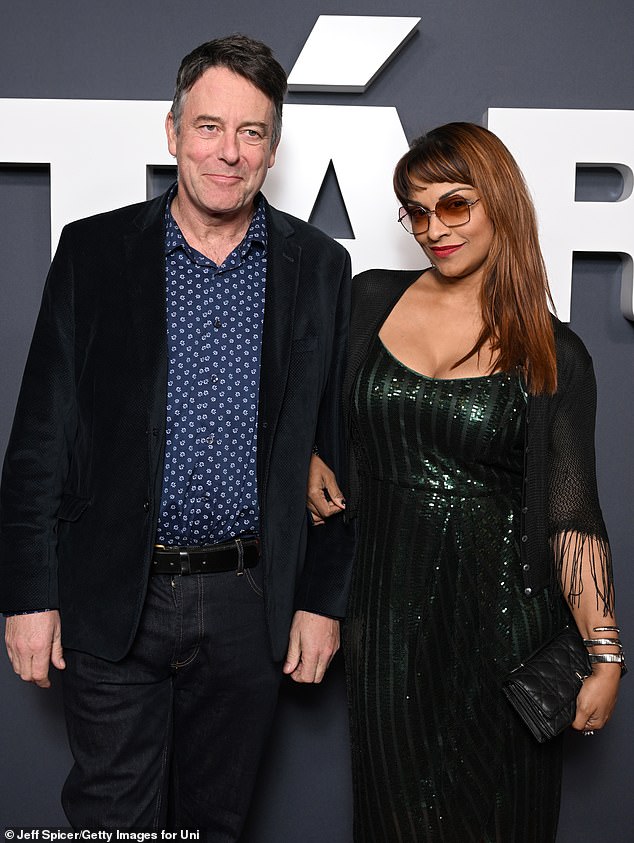 Singer Danielle de Niese has taken to wearing sunglasses on the red carpet, but it’s not an affectation as she ‘got some debris’ in her eye. Pictured with Gus Christie

Commander Catherine Roper, who has been confirmed as Wiltshire’s new Chief Constable, was previously in charge of the ‘Partygate’ probe into Covid breaches in Downing Street. She was given the role by Cressida Dick. In her new job, Roper will have to look after several well-known Wiltshire dignitaries — including Dick, who has a home in the county. Small world, isn’t it?

Why NBC Saved Magnum P.I., and Why CBS Canceled It in the First Place