Mark Labbett, otherwise known as The Beast on The Chase, who is ruthlessly known for showing no emotion, told his 158,000 followers he was on the edge of tears as he watched one of the Queen’s more comical yet heartwarming moments. The sketch, which became one of the most memorable 2012 Olympic moments featured the late monarch and James Bond actor Daniel Craig. At the time the Queen’s involvement in the stunt was kept secret from her entire family.

The 57-year-old tweeted: “Rewatched ‘Happy and Glorious’ aka the Queen and James Bond at the London Olympics opening ceremony. Brought a tear to the eye. RIP your majesty.”

The YouTube clip of the James Bond and Queen sketch alone has received more than nine million views.

The clip has most likely gained more traction in the light of the Queen’s death, which was announced on Thursday, September 8. 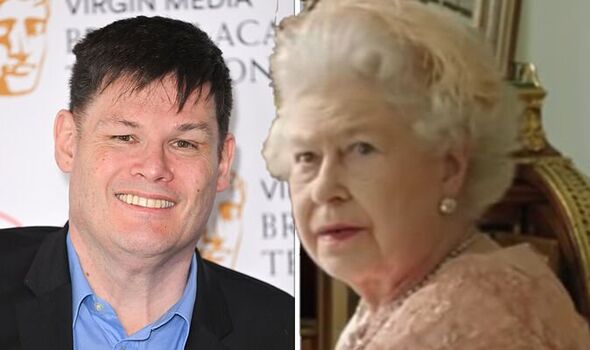 Showcasing the monarch’s wicked sense of humour, production stage manager Sam Hunter told the BBC that one of the reason’s the Queen agreed to be involved in the sketch was that it would be kept secret from her family.

He shared: “The Queen never told her family she was doing it. That was one of the stipulations, that she agreed to be part of it.

“So, if you actually see when she comes and she takes her seat, you can see her family go, ‘Ah, nice one.’”

Going on to explain how hard it was to keep the secret, especially from members of then Prime Minister David Cameron’s cabinet, Sam continued: “What was hard was that you didn’t really want to say much to the Cabinet because you didn’t know how secure they were.”

User @H_Dapre commented: “If I hadn’t already hugely admired the Queen, that cemented it.

“Brilliant TV and her insistence in playing herself for most of it showed so much about her character we rarely got to see.”

Another @MartynTuart commented on the title of “Happy & Glorious” writing: “Very fitting title for the lady she was Mark.”

Whilst a third said that the memories of the 2012 Olympics and the Queen’s involvement will “stay with us forever”.

Other Twitter users also commented on the more recent sketch the Queen partook in with Paddington Bear, in order to celebrate her Platinum Jubilee celebrations.

User, who goes by the name @PurpleNana61 wrote: “That was the start of her acting career, she went on to work with Paddington, she is now in the history books for eternity.”

Whilst Sarah Melody added: “She had a wonderful sense of humour. The Paddington bear scene was just the best. Definitely the end of an era.” 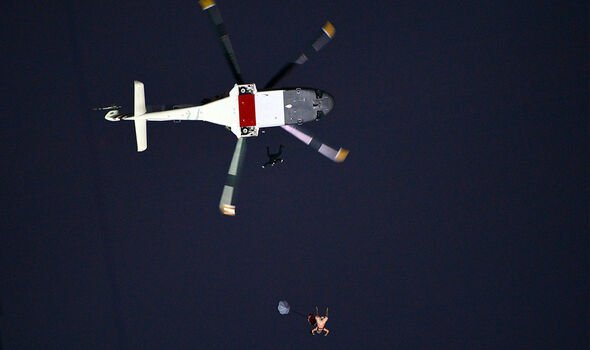 Shortly after his first tweet, relaying his emotion at the loss of the Queen, Mark took to Twitter again.

This time he wrote: “After the mourning is over, probably the last time I will say ‘God save the Queen’ in my lifetime.”

The quizzer’s tweet refers to the fact that King Charles III is the first of three kings waiting in line for the throne.

The second to the throne is King Charles’ son Prince William, followed by his first born eldest son Prince George.

Taylor Swift's Earned an Easy $26 Million for This Endorsement

This Futuristic Pod Allows Guys to Live Off the Grid