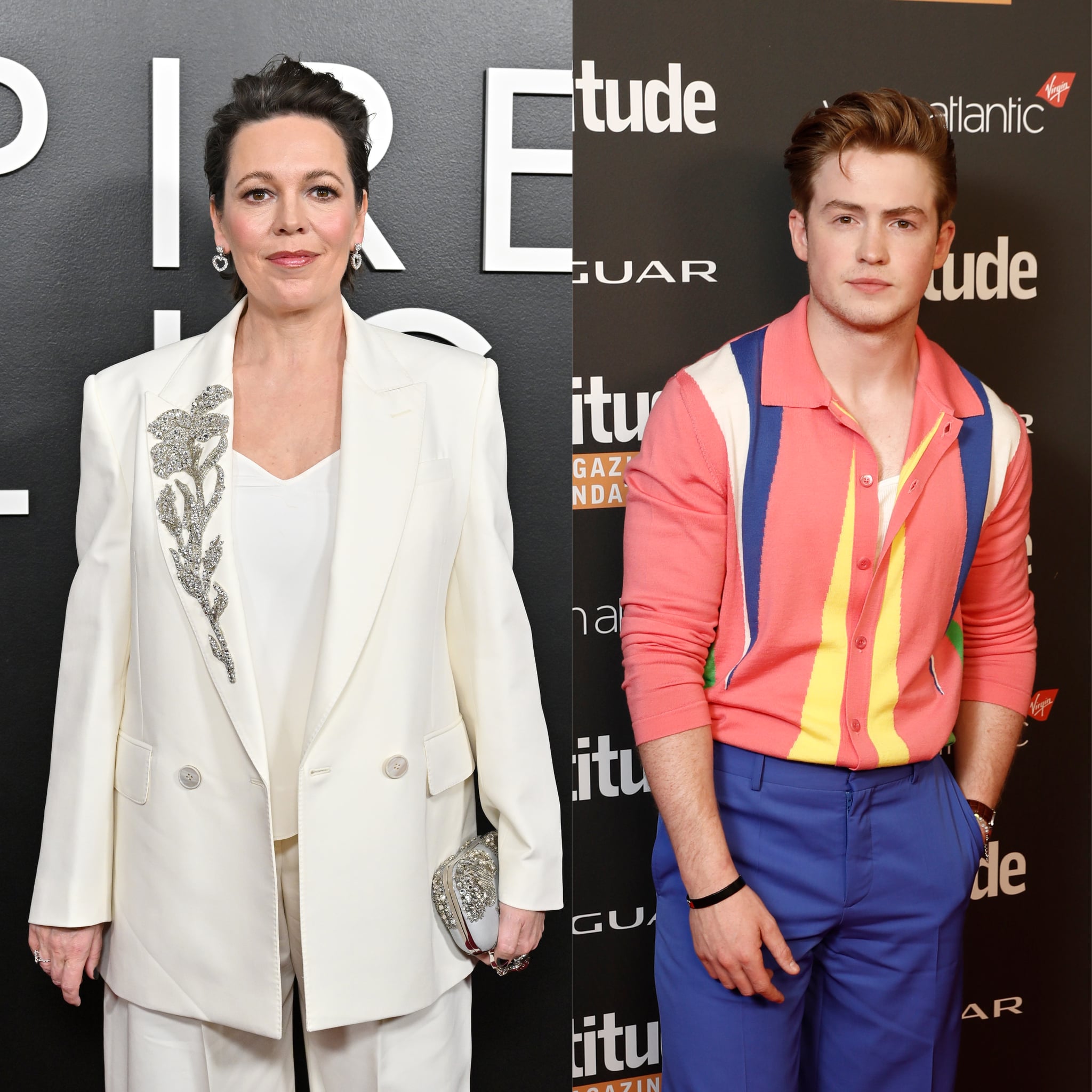 Olivia Colman is letting her onscreen son know just how proud she is of him. On Dec. 1, the Oscar-winner told Variety just how much she admired her “Heartstopper” costar Kit Connor after he was bullied into coming out as bisexual on social media.

“I am so proud of him, but I am not proud of how people bullied him,” Colman said. “I think people should be allowed to have their own journey. But I’m incredibly proud of him as a young man to deal with all of that and be in the spotlight. It’s unfair, but he’s amazing. He’s a very beautiful human being.”

Connor is best known for playing Nick on the LGBTQ+ Netflix rom-com “Heartstopper,” which follows teens as they navigate their way through school, their feelings, and their sexualities. While the series itself spotlights LGBTQ+ characters in a beautifully authentic way — giving many of them ample space to come out in their own time — the compassionate messaging behind the show appears to have been lost on many, as evidenced by what Connor went through with some of the show’s viewers.

On Oct. 31, The “Rocketman” star wrote a tweet announcing he is bisexual, but he added that he felt forced to come out after being harassed by fans. The actor wrote, “back for a minute. i’m bi. congrats for forcing an 18 year old to out himself. i think some of you missed the point of the show. bye.”

Moments after Connor’s tweet, supportive comments flooded his timeline, both with love for the star and anger at the circumstances under which he felt he had to make the announcement. “Heartstopper” writer Alice Oseman responded by tweeting, “I truly don’t understand how people can watch Heartstopper and then gleefully spend their time speculating about sexualities and judging based on stereotypes. I hope all those people are embarrassed as F*CK. Kit you are amazing 💖.”

Joe Locke, his “Heartstopper” castmate who plays Charlie, replied by tweeting, “You owe nothing to anyone. I’m so proud of you my friend 💕.” Kizzy Edgell, who plays Darcy Olsson, tweeted, “love u kit im sorry this has been so disgustingly rough on you. been treated so unfairly,” while costar Sebastian Croft, who plays Ben Hope, wrote, “Kit Connor, the world doesn’t deserve you. Love you my friend ❤️.”

The toxicity that prompted Connor’s tweet was largely due to him being accused of queerbaiting by fans following pictures of him holding hands with his costar in “A Cuban Girl’s Guide to Tea and Tomorrow,” queer actress Maia Reficco. Due to troubling comments directed at the actor, he quit Twitter in September, writing, “This is a silly silly app. bit bored of it now, deleting twitter :),” yet he made a fleeting return to set the record straight.

Connor had also previously spoken about unnecessary speculation surrounding his sexuality and his unease at being labeled. “To start sort of speculating about our sexualities and maybe pressuring us to come out when maybe we’re not ready. For me, I just feel perfectly confident and comfortable with my sexuality,” he said on the “Reign With Josh Smith” podcast in May. “But I don’t feel the need to really, you know — I’m not too big on labels and things like that. I’m not massive about that.”

Many fans were quick to respond to Connor’s tweet and voice their frustration. “Reading tweets like this is heartbreaking . . . especially when Heartstopper taught so many people around the world the true value of someone’s personal coming out story. I’m so sorry you had this moment taken away from you Kit, but let’s hope people will learn from it!” one wrote. Another tweeted, “I’m so disappointed in this fandom.”

Connor himself summed up the bizarre phenomenon of judging, labeling, and making unwarranted theories of those in the public eye. “It feels a bit strange to make assumptions about a person’s sexuality just based on hearing their voice or seeing their appearance. I feel like that’s a very interesting, slightly problematic sort of assumption to make,” he said.

Yet again, we are reminded that celebrities are human, too; fans aren’t entitled to everything. No one should feel pressured to publicly announce their sexuality before they’re comfortable in doing or saying so — especially a teenager.

How to save some cash on personalised gifts for your family this Christmas — plus win £5,000 towards your Christmas expenses