With the Queen‘s death at the age of 96 and King Charles III‘s new reign comes big changes – and one of them has directly impacted a good friend of the Prince of Wales.

MORE: King Charles III: Inside his last night as a Prince – including hosting party – before death of his mother

The Marquess of Cholmondeley has lost his job as Lord Great Chamberlain, Richard Eden has revealed for the Daily Mail.

WATCH: Jenna Bush Hager explains why the Queen’s death was a surprise to King Charles III

In his ceremonial role, The Marquess, whose name is David Cholmondeley, had charge over the Palace of Westminster and he also had a major part to play in grand royal events, such as coronations, having the right to dress the monarch on coronation day and to serve the monarch water before and after the coronation banquet, and also being involved in investing the monarch with the insignia of rule.

SEE: The Queen’s children unite for deeply emotional vigil – all the photos

RELATED: How King Charles III will be addressed by fellow royals

Following King Charles’ proclamation, his job will be taken by the 7th Lord Carrington, whose late father served as Foreign Secretary under Margaret Thatcher.

On Monday, Rupert Carington, 73, carried out his first duties as he greeted the King and Queen Consort when they arrived at Westminster Hall for His Majesty’s speech to Parliament.

He will also play an important part in the Coronation, which many believe will take place next year.

In the past, David, 61, and his wife Rose, have been pictured with William and Kate on several occasions, including accompanying them to church. 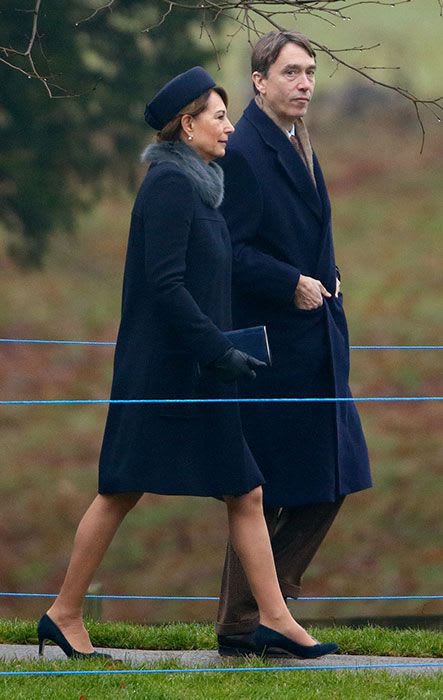 Rose, 38, and David, tied the knot following a short engagement in 2009. The couple live at Palladian Houghton Hall in Norfolk, just over three miles away from Kate and William’s Anmer Hall.

They have three children together: Alexander (the Earl of Rocksavage), Oliver (Lord Cholmondeley) and Lady Iris.

Harrowing last image of tornado victim Annistyn Rackley, 9, taken by her mom 'to show they were safe' in deadly storm

Shop worker, 24, dies after massive electric shock when her charging iPhone fell in the bath

Pearl Harbor Remembrance Day 2020: Is it a national holiday and how is the date marked?