Snoop Dogg is the latest star to embrace grey hair! The rapper sported slightly lighter locks in a new photo from a ‘late night’ studio session on March 23.

Snoop Dogg is aging like a fine wine. The legendary rapper, 49, showed off his sporadic grey hairs in a new Instagram photo on Tuesday morning, which was captioned, “Late night work”. Snoop, who had his long, dark hair tied back, even sported a salt and pepper goatee.

The rapper was dressed to impress and dripping in gold diamonds while in the studio. He donned two diamond pendants around his neck – one of which included an MTV logo, which matched his gold belt. Snoop had on a pair of dark jeans, a red tee and a cartoon logo bomber jacket. The hitmaker posed with a pokerface while he stood in front of studio equipment. 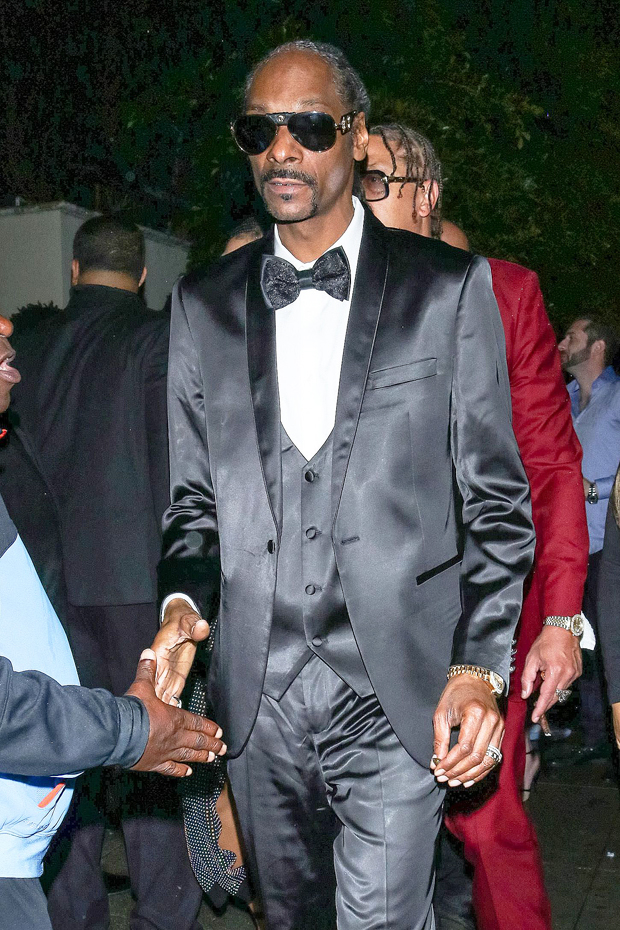 This isn’t the first time Snoop has rocked his natural grey hair. Back in February of 2020 — just before the COVID-19 pandemic began in the U.S. — the “Gin and Juice” rapper flaunted his partial grey do’ at Floyd Mayweather‘s 43rd birthday party in Los Angeles. At the time, Snoop was photographed outside Boulevard 3 in West Hollywood, where he was dressed in a black and white tuxedo. He complimented his look with a pair of tinted sunglasses and diamonds, of course.

Snoop joins the list of stunning stars (both male and female), who’ve embraced their grey hair, including Jane Fonda. The actress recently revealed that she’s thrilled to let her grey hair down! “I tell you, I’m so happy I let it go gray,” she told Ellen DeGeneres on the February 25 episode of The Ellen DeGeneres Show. “Enough already with so much time wasted, so much money spent, so many chemicals — I’m through with that.” Jane first debuted a grey pixie cut at the 2020 Academy Awards.