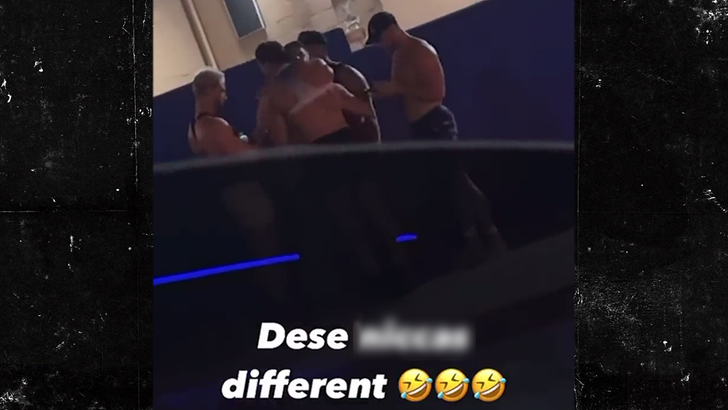 Anthony Edwards is apologizing for a homophobic comment he made … saying there’s no excuse for what was said.

The Timberwolves guard took to Twitter Sunday, writing … “What I said was immature, hurtful, and disrespectful, and I’m incredibly sorry. It’s unacceptable for me or anyone to use that language in such a hurtful way, there’s no excuse for it, at all. I was raised better than that!”

He’s referring to a video that was posted to his Instagram Story in the past day or so — where he’s in the car looking at a group of shirtless men on the sidewalk across the way.

Some of the guys are hugging and embracing each other, and AE says … “Look at these queer ass n****s, man. Look at the world I came to.” There’s a woman with him laughing  in the passenger seat. There was a caption too … “Dese n****s different.”

It’s unclear where exactly he was when he shot this, or when exactly it was filmed … but in any case — it appears to have been briefly featured on his very public page.

This is a big deal … Edwards is a rising star in the league, so his words carry weight. The team doesn’t appear to have addressed the issue just yet — ditto for the NBA. Unclear what sort of punishment, if any, he’ll receive.