Home » Fashion » 4 female entrepreneurs of colour share their biggest hurdles, successes & top tips for making it in business | The Sun

IT takes a whole lot of determination and guts to set up your own business, and carving out a career doing something you love is no easy feat.

However, it can be well worth it, despite the challenges and struggles many will encounter to get there. 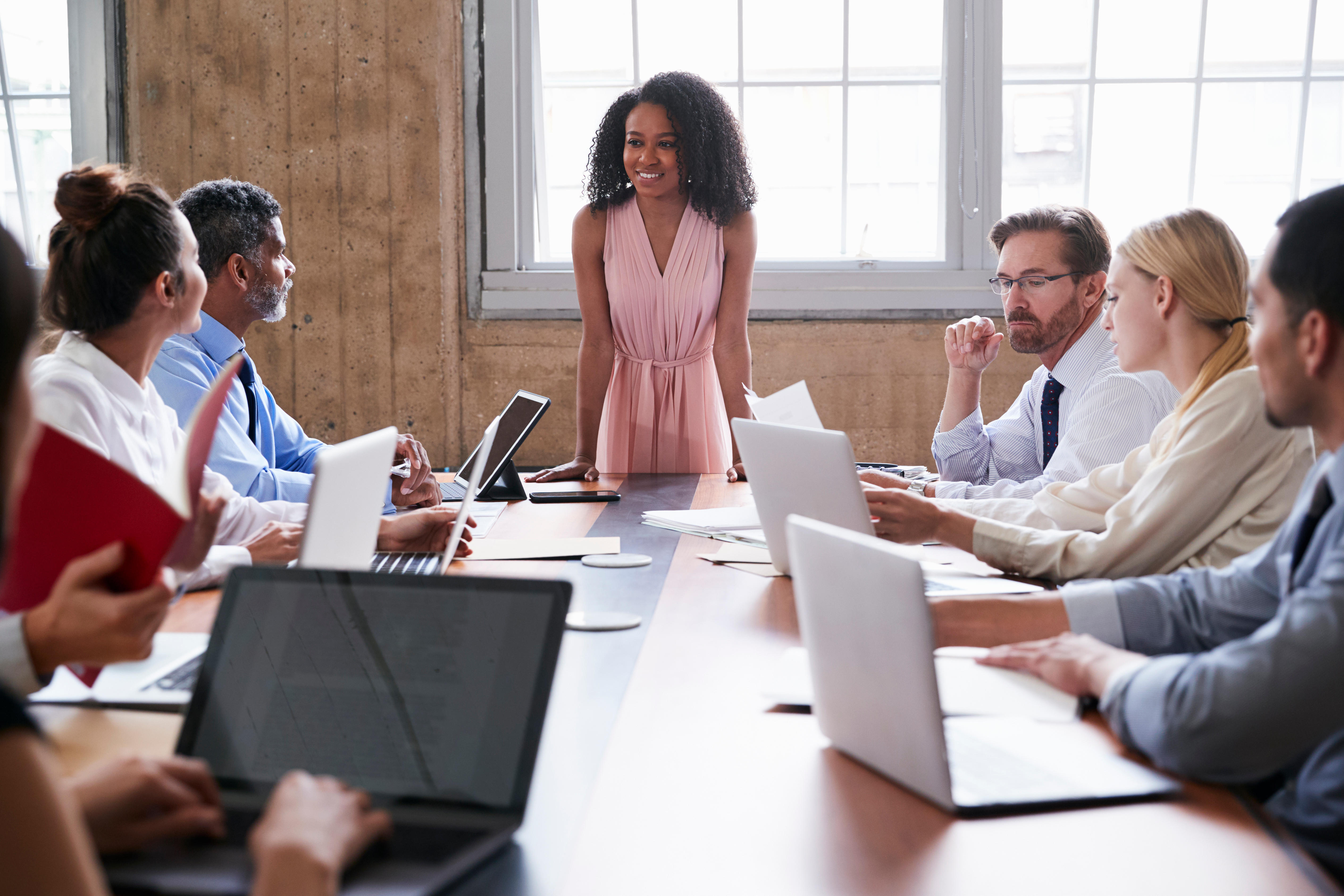 Of course, we know there are some specific hurdles women – and especially women of colour – are unfortunately more likely to encounter.

Additionally, three-quarters of women of colour have experienced some form of racism at work, according to a report by gender equality organisation the Fawcett Society and race equality think tank Runnymede Trust.

Here, four inspirational and successful female entrepreneurs who are also women of colour share their secrets and top tips to success, and the biggest hurdles they've personally had to overcome… 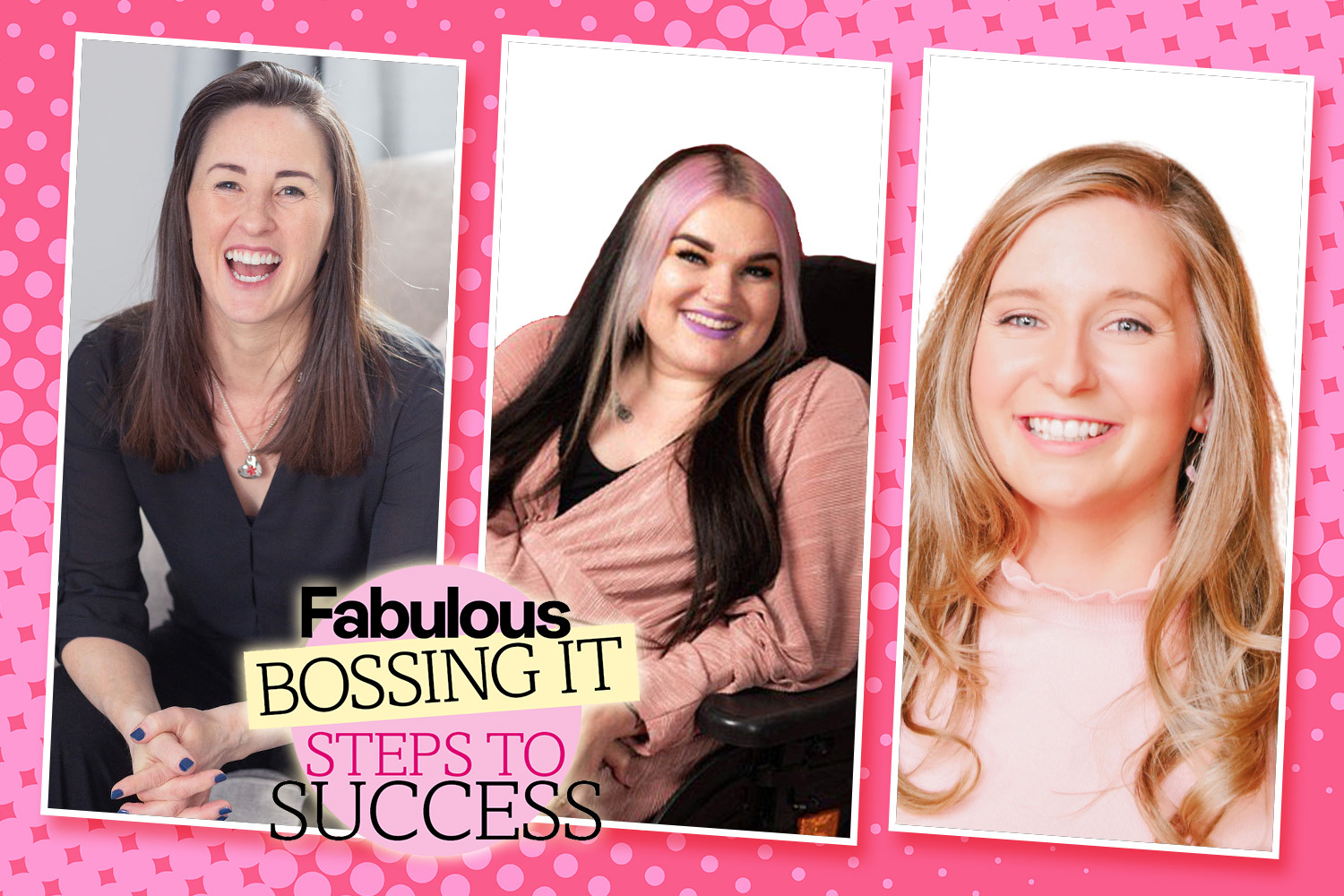 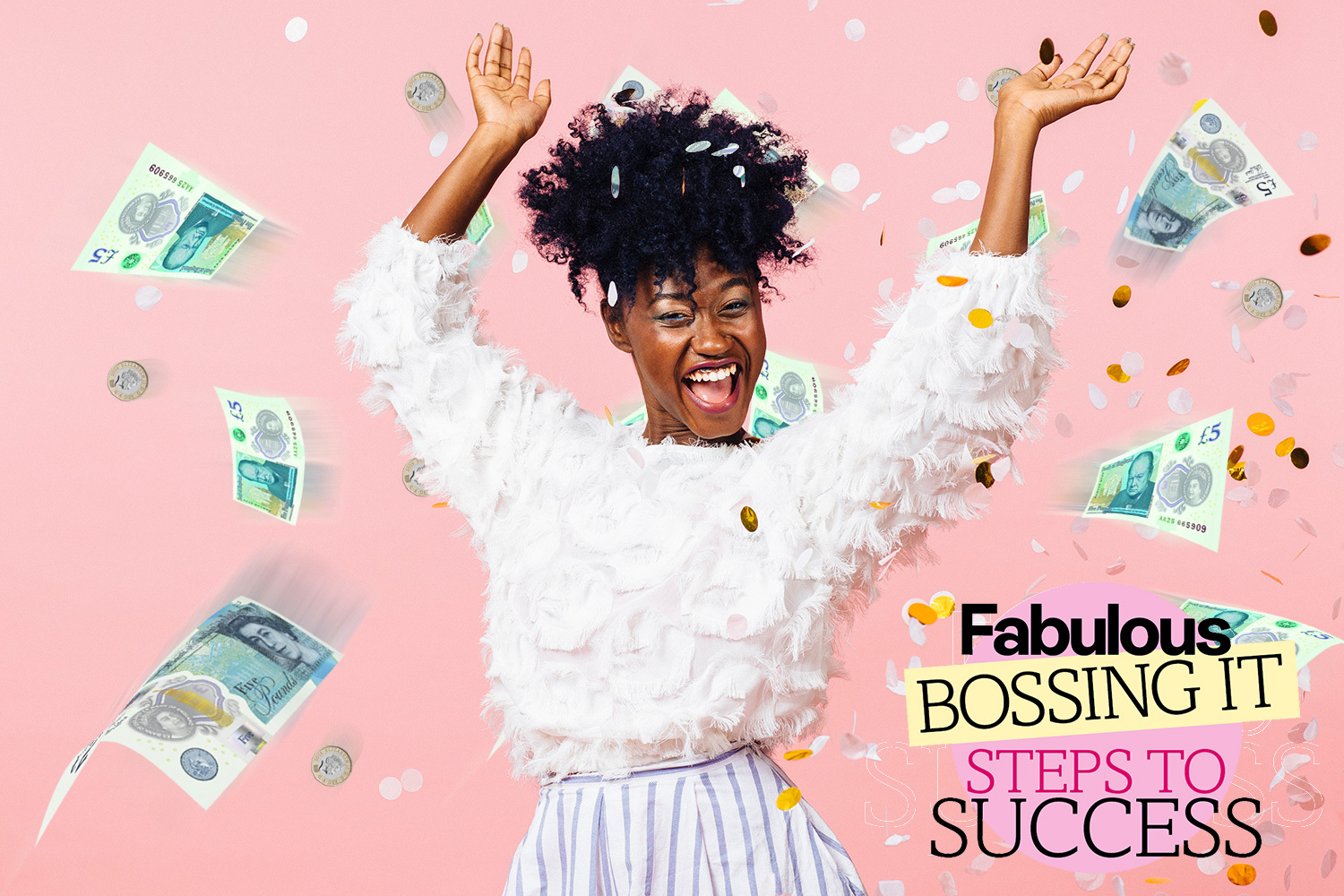 'People assume my husband is the CEO' 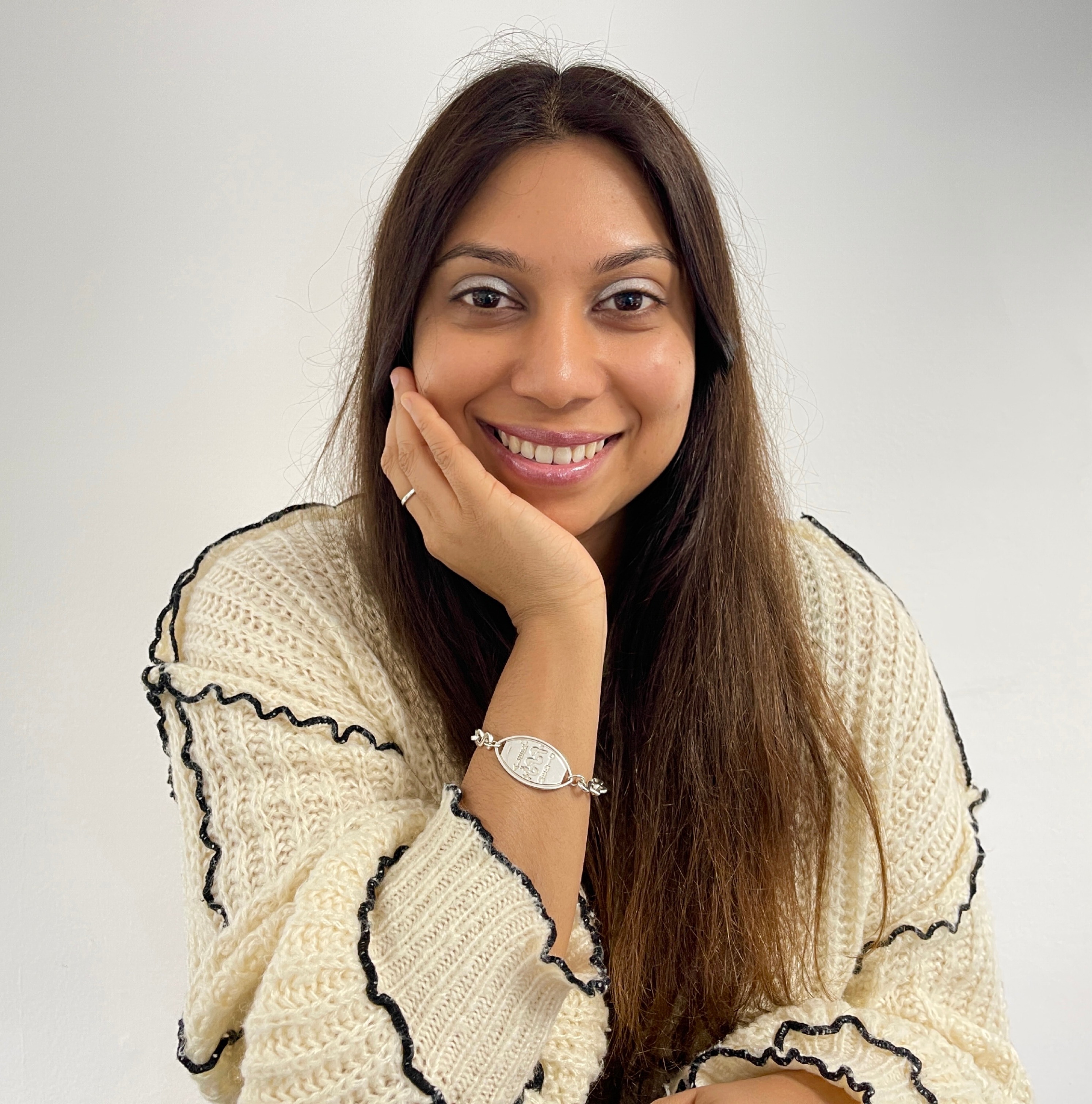 Julianne Ponan, 33, from Surrey, is the CEO of snack brand Creative Nature, a business that now turns over nearly £2m.

Julianne's mum is Kenyan and her dad is originally from Guyana, South America, and she is also an ambassador for those who have allergies and anaphylaxis as she is allergic to nuts.

She says: "These days many people avoid being overtly racist so the insidious thing about this is that sometimes you can’t help wondering if that look, or that comment or that outcome is rooted in some hidden racism.

"It’s my belief that, for example, it’s been almost impossible to get venture capital investment in my business because of my age, my ethnicity and being female – and statistics do [show] it’s very difficult for women in business to get investment for growth. 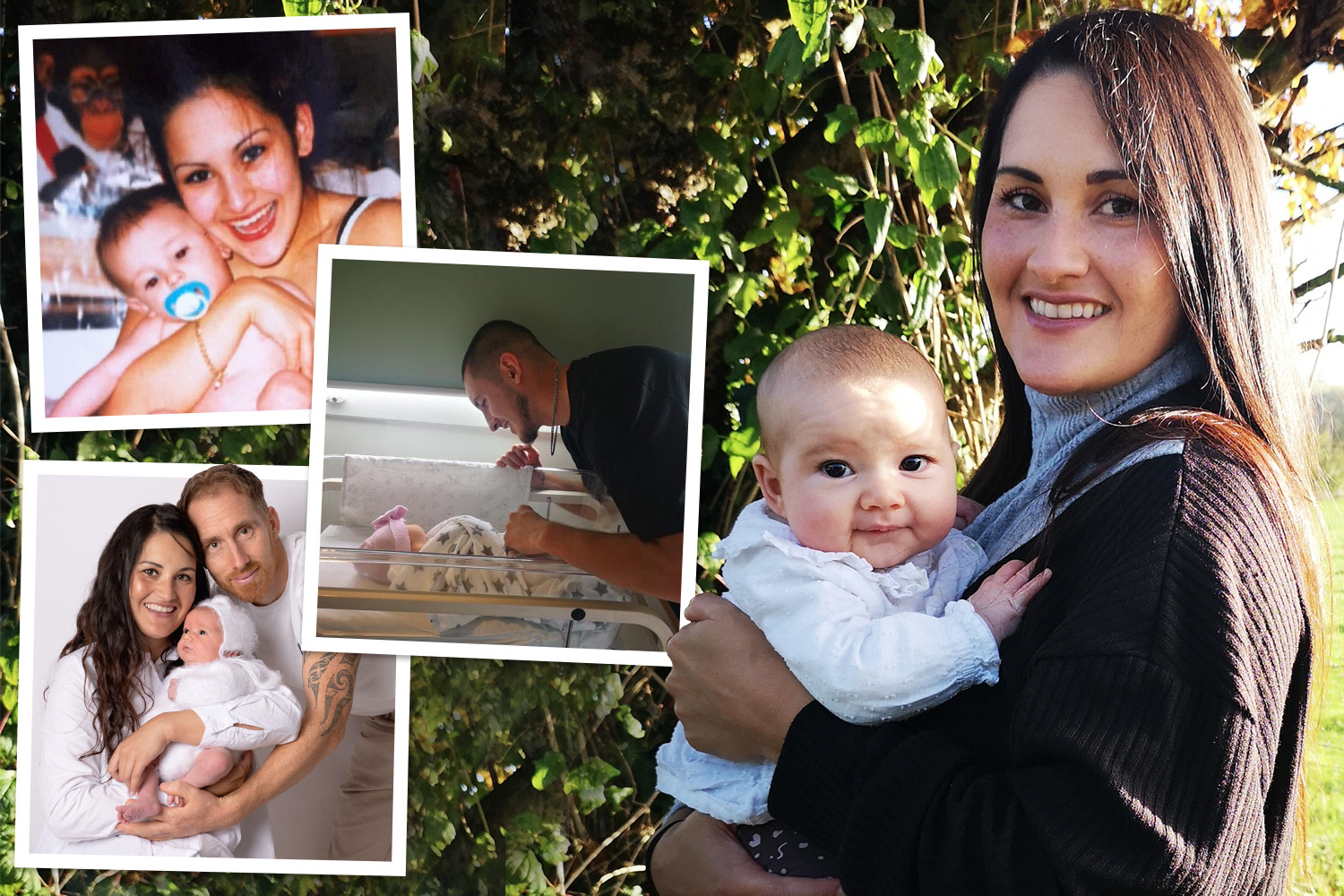 I had my babies 25 years apart, they even arrived on exactly the same day 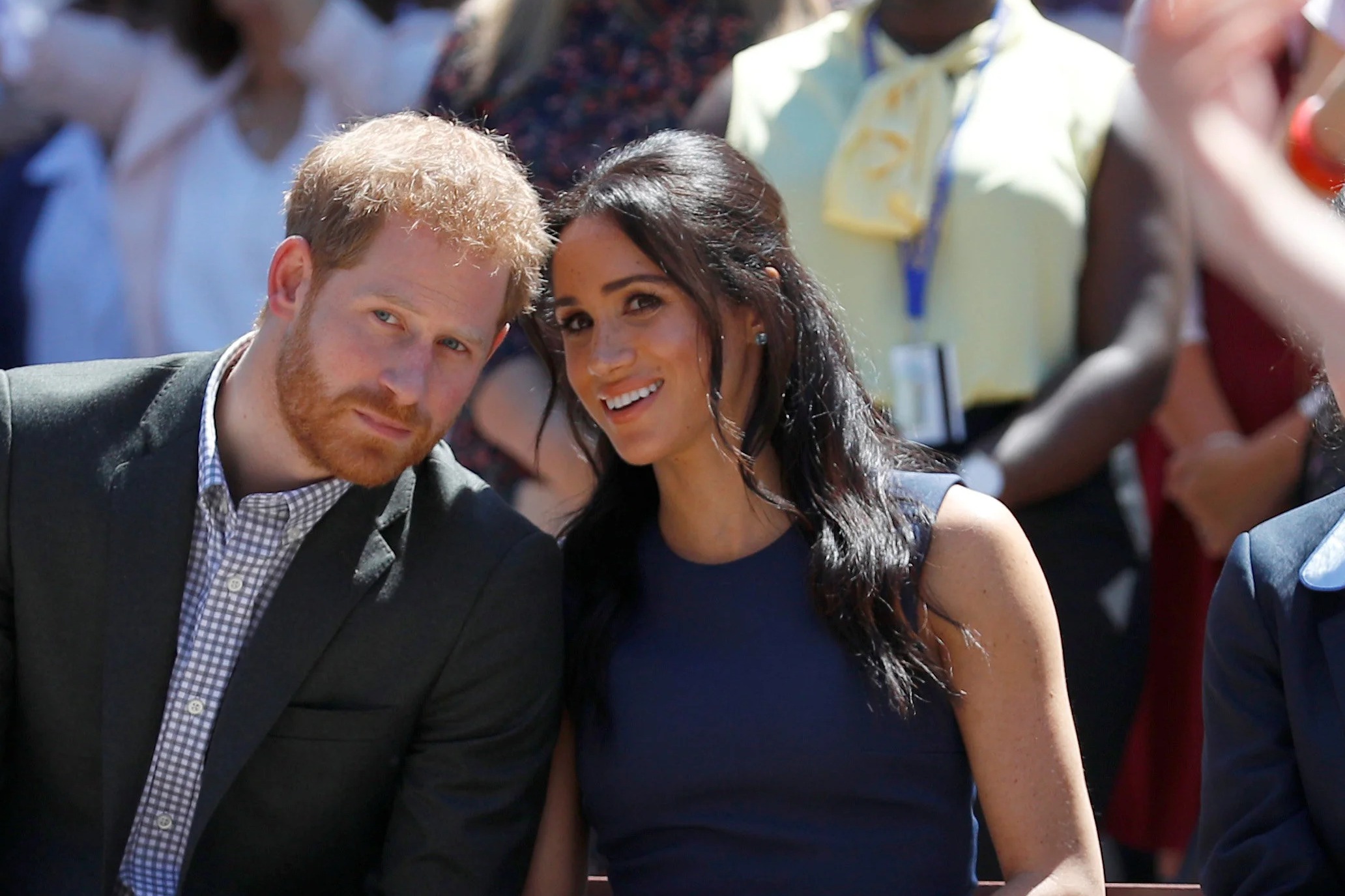 Cards Against Humanity is sick, it shouldn't have been shown on Harry's show

"This is especially true if you have a diverse ethnic heritage. I’ve had to go down the crowdfunding route, successfully, twice to take my business up a notch.

"Many, many times at trade shows people come up and talk to my husband Matt, who does have white British heritage, and assume he’s the CEO and not me.

"It can come as a shock to them when he says ‘you need to talk to Julianne, she’s the CEO’. This still happens today.

"I recall being a keynote speaker a few years ago at an evening event and someone [who'd been drinking heavily] started shouting racist abuse at me – that was the most overt experience I’ve had in my adult life.

"I do believe there’s a long way to go for many people who feel marginalised by things they cannot help and should not matter – such as ethnicity, gender, age, sexual orientation, disability and I’d include allergies within this too.

"My biggest tip is to be passionate about what you do. Building a business is not easy and passion is the thing that gets you through the difficult days.

"If you do have a rich ethnic heritage – embrace it, flaunt it and never ever apologise for it… You have push through negativity."

'You have to be prepared for pushback' 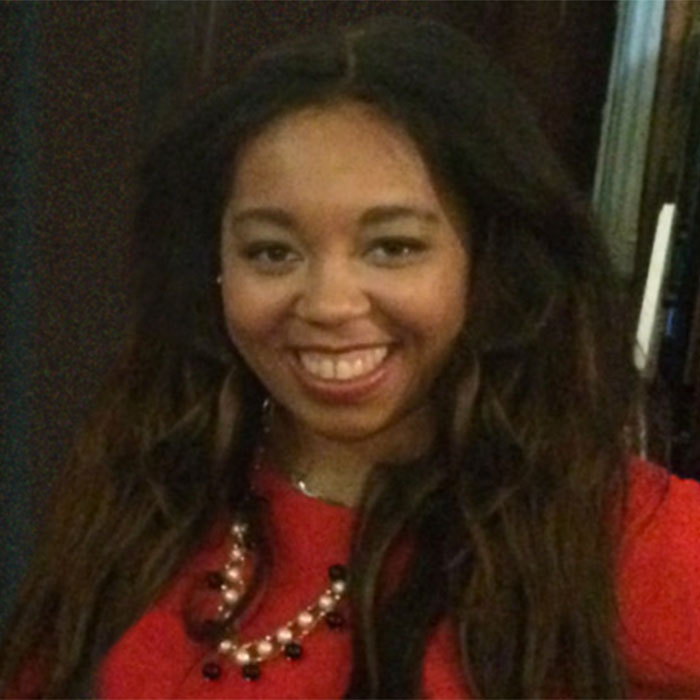 Courtney Glymph, 38, from London, is the founder of YourStoryPR, and has spent 16 years working in PR and communications.

Courtney says: "I was lucky that my family was always focused on education, and they taught me that if myself and my sister put our minds to our schoolwork, we could achieve anything we wanted.

"Yet, they also made me very aware of the structural problems that face people of colour and the fact that we might have to work twice as hard as our white counterparts to reach the same goals.

"I am immensely proud of founding my business, and putting together a team that is 90 per cent female and incredibly diverse.

"Going into business for yourself as a woman of colour, you have to be prepared for pushback and for people to not initially trust your judgement – even though I have 16 years of experience in the sector.

"You have to be resilient and develop a network of the right people who can help guide you through these challenging moments.

"We have a massively long way to go to incorporate diversity that is lasting and ingrained.

"To put it bluntly, racism, prejudice and discrimination are just things you have to deal with regularly as a black woman.

"Whether it is micro-aggressions or outright discrimination, these
“minor” occurrences are no less exhausting to deal with.

"Articles such as these are incredibly important.

"We can’t underestimate the value of shining a light on people who are different and taking the chance to celebrate their accomplishments, so others can feel inspired to do the same."

'Embrace your culture and differences' 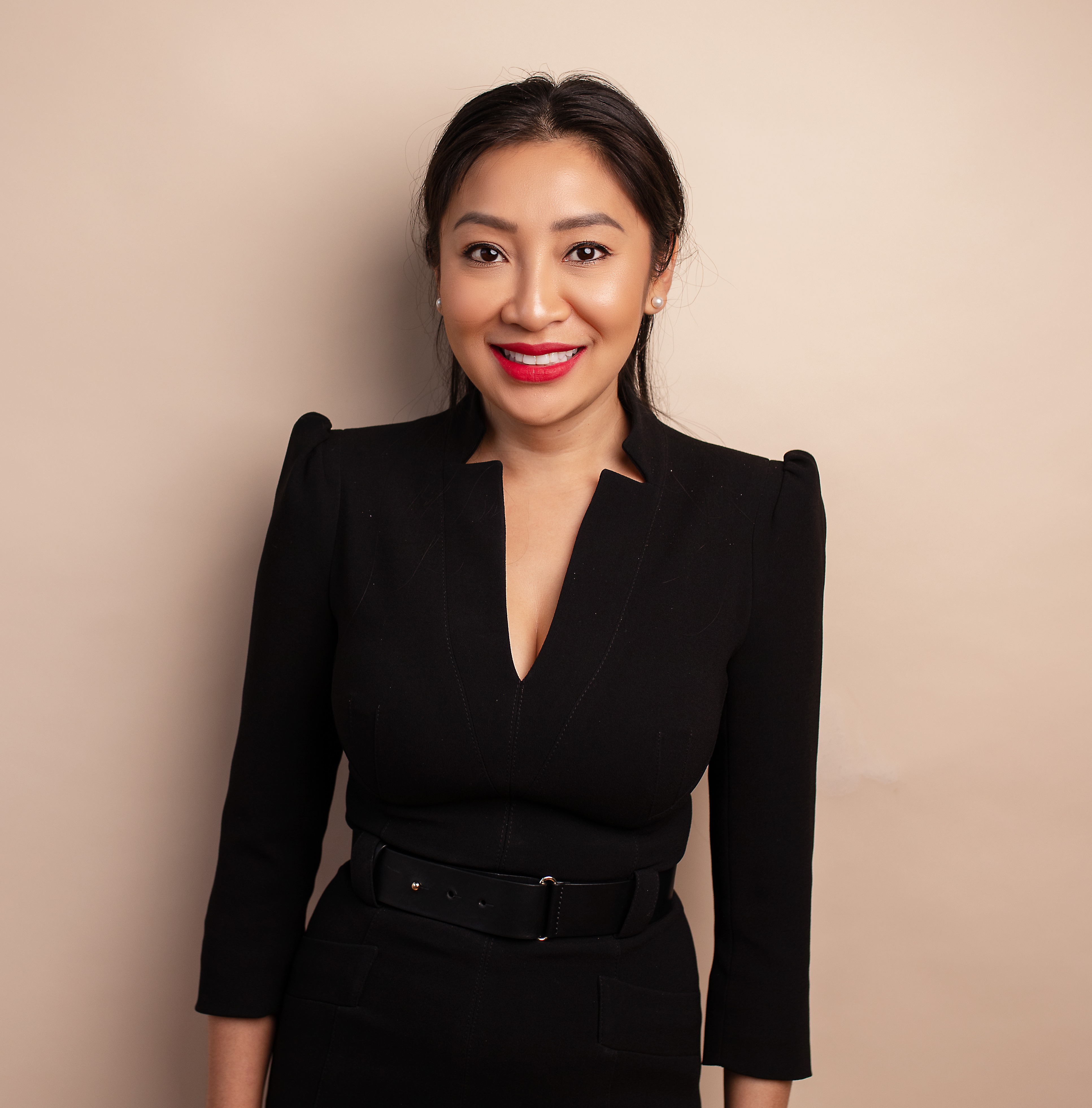 Dr Sheila Nguyen, 26, from London, is a multi-award winning cosmetic injector & dentist, & founder of Mediject – which in its first eight months turned over £550k.

Sheila encountered racism growing up which impacted her confidence in her own ability.

She says: "As a mother of two young girls (Willow, four, and Autumn, three) juggling my career, new business and parenthood has been wrought with challenges.

"Dentistry and medical aesthetics is very diverse and inclusive, the industry does seem to be taking steps to ensure inclusivity of gender, religion and ethnicity amongst the top players.

"[However] growing up, I was often a victim of racism.

"We grew up in a Caucasian area in Staffordshire and my sisters and I were the only Vietnamese children in our school, and my parents owned the local Chinese takeaway.

"I felt excluded, lost and worried that I would never be good enough for a professional career.

"I went to a state school, and although I felt I was fairly bright, I went unnoticed, and therefore could never shine.

Use your voice and speak out and lead by example, because there may be a little girl out there who needs to see the example of you leading."

"Since having children, womanhood, culture and my belief systems have been more important than ever.

"I want my daughters to grow up with self belief and confidence, the ability to speak well, and speak their mind, and the belief that they can achieve anything with the right mindset. The only way to do this is to lead by example.

"Embrace your culture, quirkiness and differences, because these all add to your story.

"Don’t shy away from opportunities because of your gender, skin colour or beliefs even if [it feels] they are given to you 'to be inclusive' rather than on the merits of your hard work, but then to use these platforms to change things from the top.

"Use your voice and speak out and lead by example, because there may be a little girl [out there] who needs to see the example of you leading, to give her the courage to be spectacular." 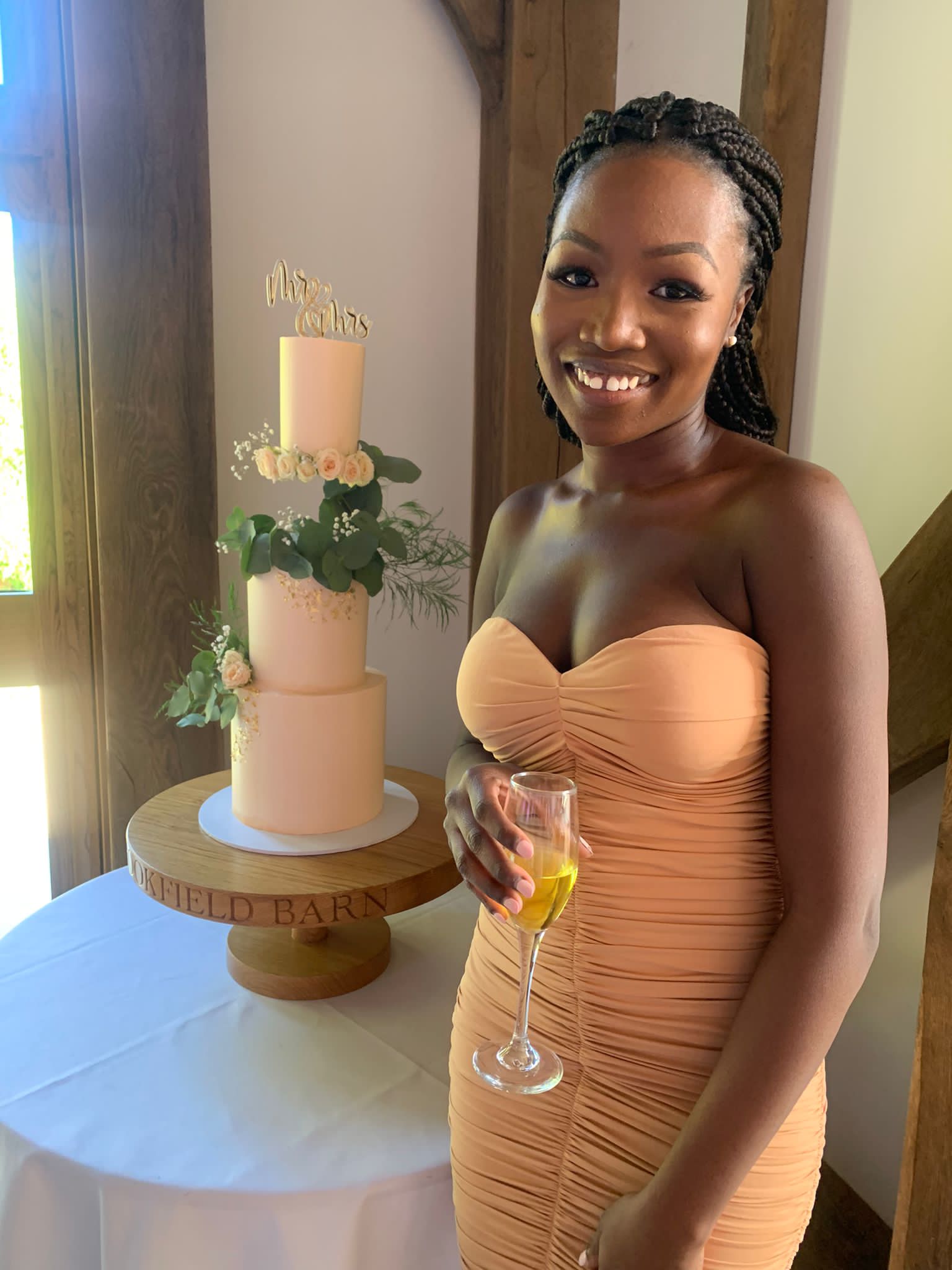 Sarah Annan-Tetteyfio, from Mitcham, Surrey, is a trained accountant, and has run her own baking business Sarah Tett Cakes for three years, and grew up in Ghana.

She says: "There's still a long way to go. Sometimes, I question whether it's best to show my face as the person behind the brand, or just keep that anonymous.

"However I'm happy with the decision I've made to show my face, even if it means that some people will choose not to buy from me, or work with me because of it.

"It has improved a bit, but you don't see a lot of black bakers as brand ambassadors for the major suppliers of cake products compared to other races.

"The majority of the time you may not believe in yourself, but that's just because of things you may see, or challenges you may face whilst running the business.

"Your own self-belief is the one thing that will keep you going.

"Not others believe in you, but your belief in yourself – remember that and hold on to it dearly.

"I'm proud of myself for going as long as I have.

"The past three years of running this business has felt like 10 due to all that has been going on in the world these days with COVID, and the cost-of-living crisis.

"It was very essential for me to be able to pivot quickly and come up with new ideas to keep the business running, and I am very proud of myself for that."

Good Omens release date: When will show be released in 2019?

'DIED OF A BROKEN HEART'

Kristen Stewart Was The Only Attendee at Chanel's Covid Fashion Show