SISTERS and Mrs Hinch fans – who have become the UK's answer to Netflix decluttering sensation Marie Kondo – have made thousands by charging people £240 a day to help put their houses in order.

Beth Carlyle, 33, from Streatham, south west London and little sister Meg Morton, 30, who lives in Newport, Gwent, South Wales have maintained their close sibling bond and decided to put their skills into launching a family business. 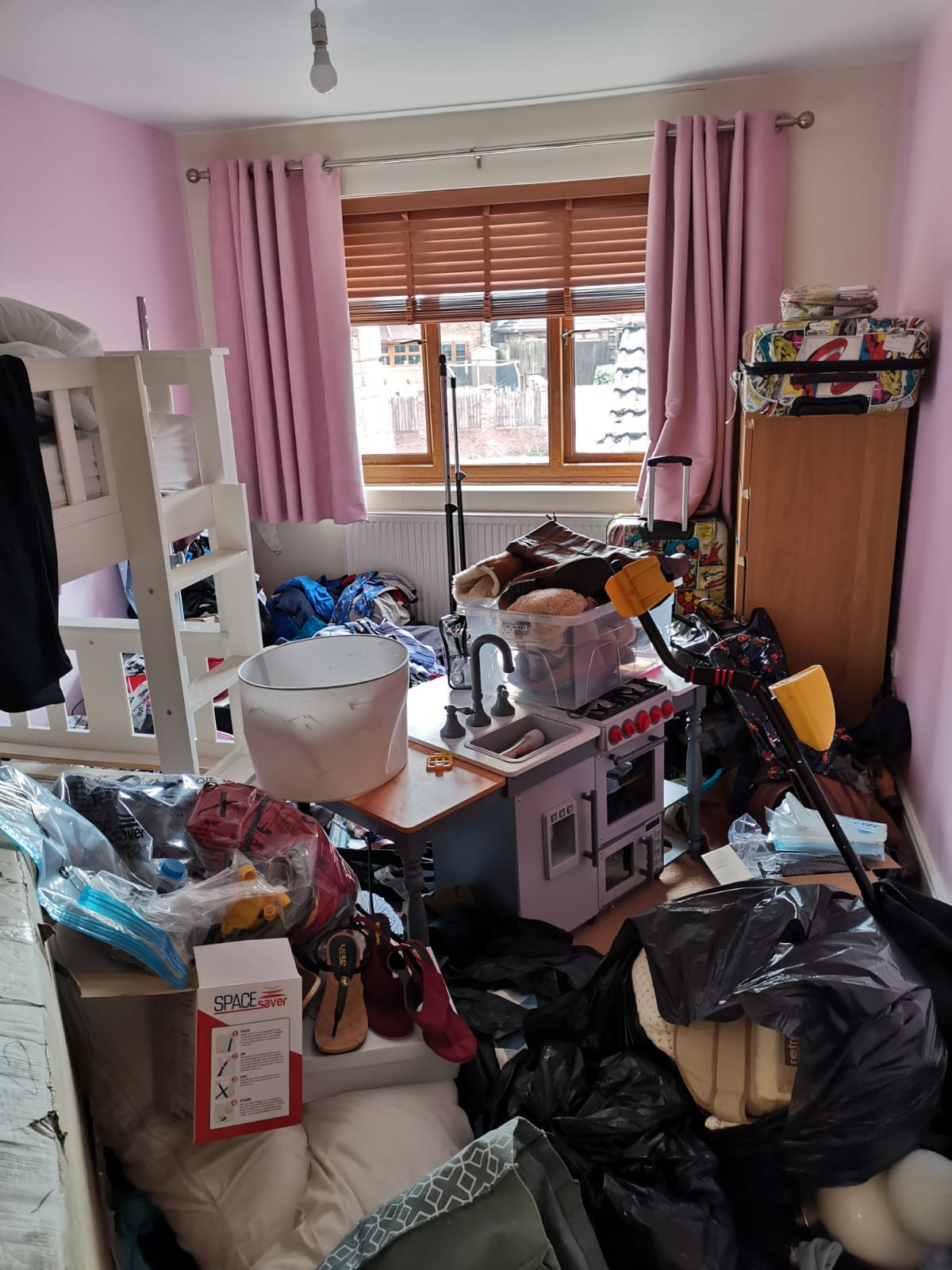 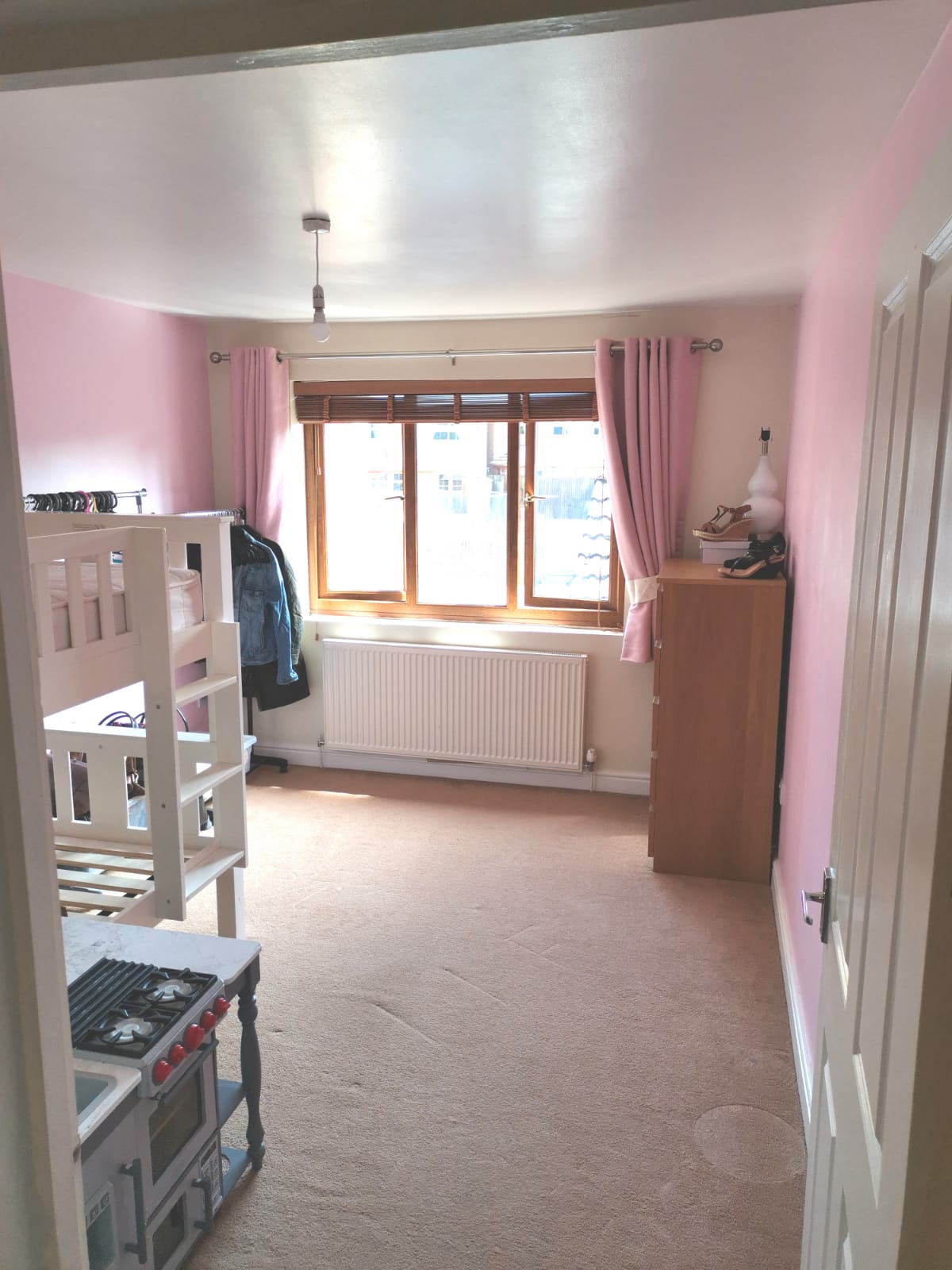 Known amongst family and friends for their spotless homes and meticulous organisational skills, they said it made perfect sense for them to join forces and launch their decluttering company, Purely Organised, in December 2019 – helping strangers to sort out everything from overflowing cutlery drawers to messy garages.

And they made it a true family affair by adding their carpenter dad, Den, 63, to the mix – making shelves and racks for his daughters to sell to clients.

Meg, who has two children, Elsie, three, and Elliot, 14 months, with her electrician husband Dafydd, 35, said: “Beth and I have always been organised people, but we never dreamed how popular our decluttering service would be once we started offering it to others.”

Still working part time as a teacher, while Beth has kept her job as a personal assistant, the sisters hope one day to run their business full-time. 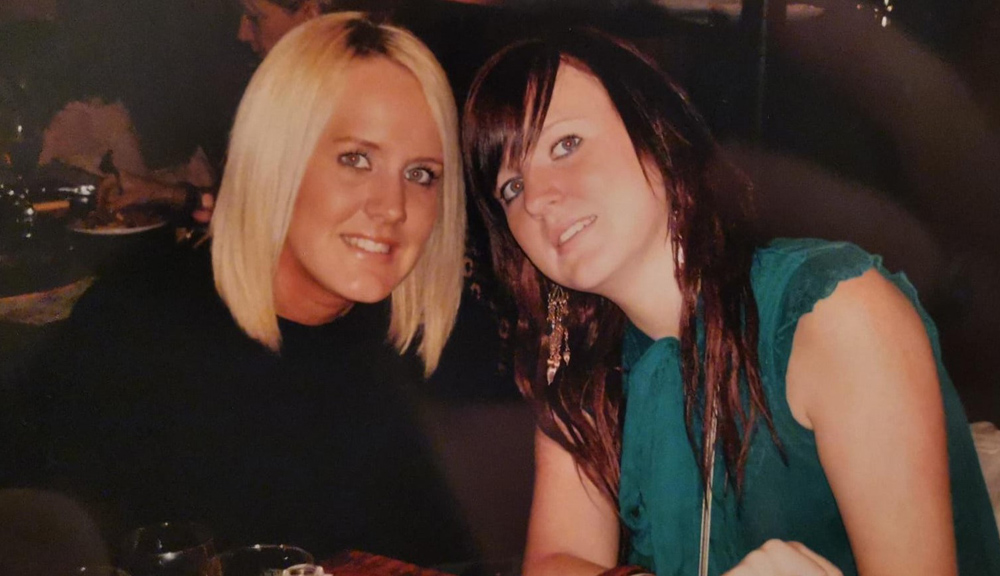 Meg continued:  “It sounds a bit odd to say, but I absolutely love cleaning, especially Mrs Hinch, who is such an internet hit.

“When the kids are in bed, I go through the house with a little tick list, making sure everything is in its rightful place. Everything is organised and labelled.

“Elsie is only three but she knows the system – she’s seen me do it so many times."

For Beth, who has a son, Joseph, also three, with her partner, Rob, 30, a gas engineer, one of the most rewarding parts of the business is seeing the positive effect a tidy home can have on a client's mental health. 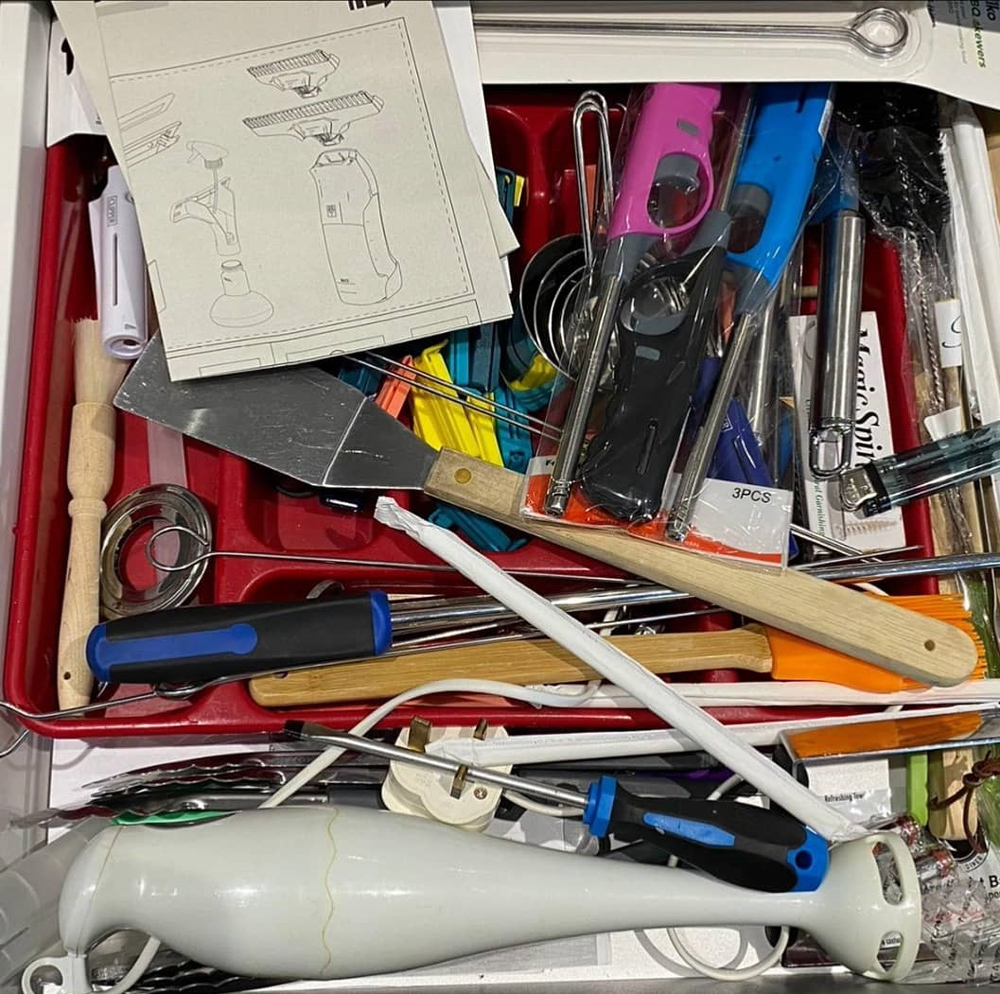 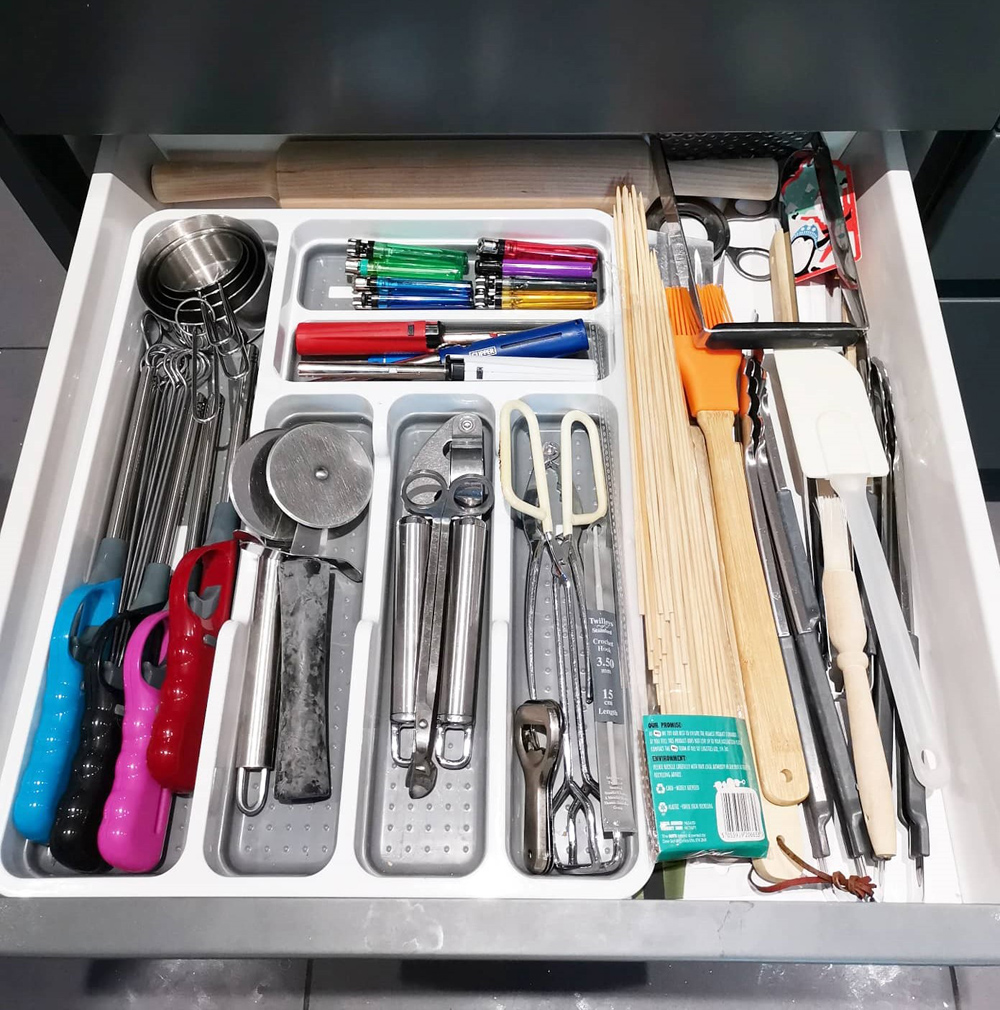 She said: “People can become very overwhelmed and frustrated with clutter.

“There comes a point where sorting it out feels too much of a mammoth task – and that’s where we come in.

“It’s so rewarding to take that weight off people’s shoulders and see how much lighter they feel afterwards.”

With just three years between them, Beth and Meg have always enjoyed a close bond.

But the sisters became especially close when they had their first children just months apart – experiencing pregnancy, birth and motherhood together.

When the kids are in bed, I go through the house with a little tick list, making sure everything is in its rightful place. Everything is organised and labelled.

And during their respective maternity leaves, they phoned each other every day.

Meg said: “We never planned to have kids at the same time, but it was really nice to go through pregnancy together.

“We’ve always been a close knit family, but that really cemented our bond.

“We’d talk every single day and our children are really close, too. Even now, we still go away on a big family holiday each year.” 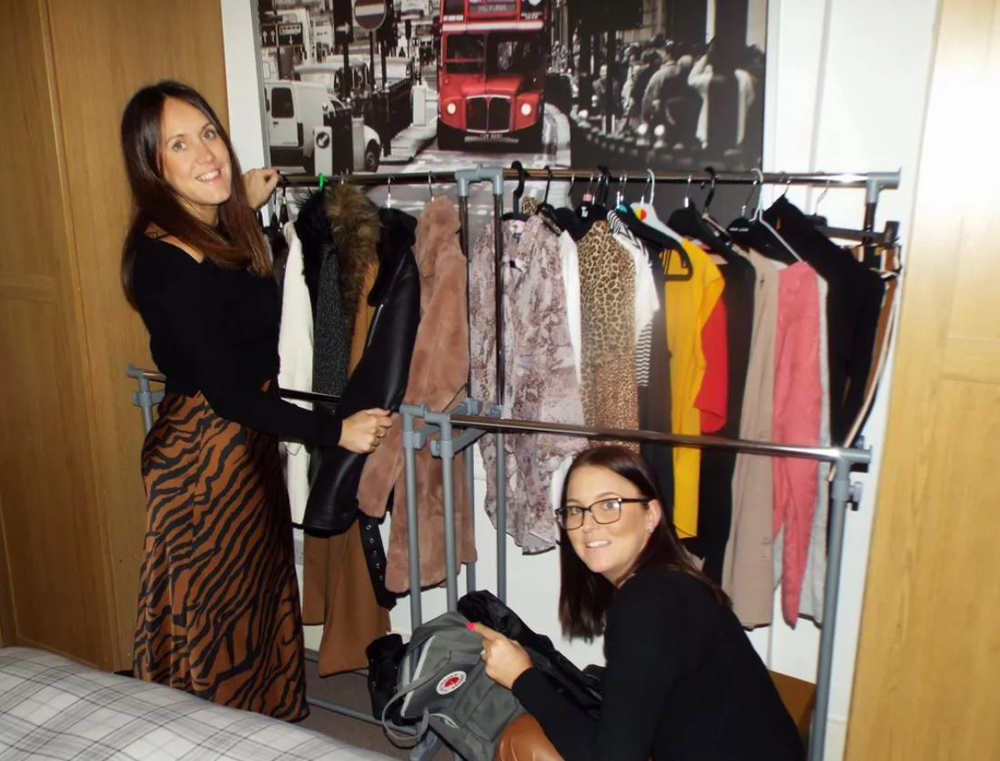 Even though they worked in completely different industries, Beth and Meg dreamed of one day going into business together.

But, aware that launching their own company was risky, they wanted to be sure they had hit upon the right idea.

Then, in early 2019 – around the time that decluttering expert Marie Kondo was fast becoming a worldwide sensation with her Netflix series Tidying Up – they realised that their organised nature could net them a tidy profit.

Beth said: “I was working as personal assistant, which obviously includes lots of organisation and being on top of things, and Meg was a teacher. Being prepared is a key part of that job, too.

“We’ve both always been super neat and tidy. I love giving everything a home, and having a lovely, decluttered space to relax in. 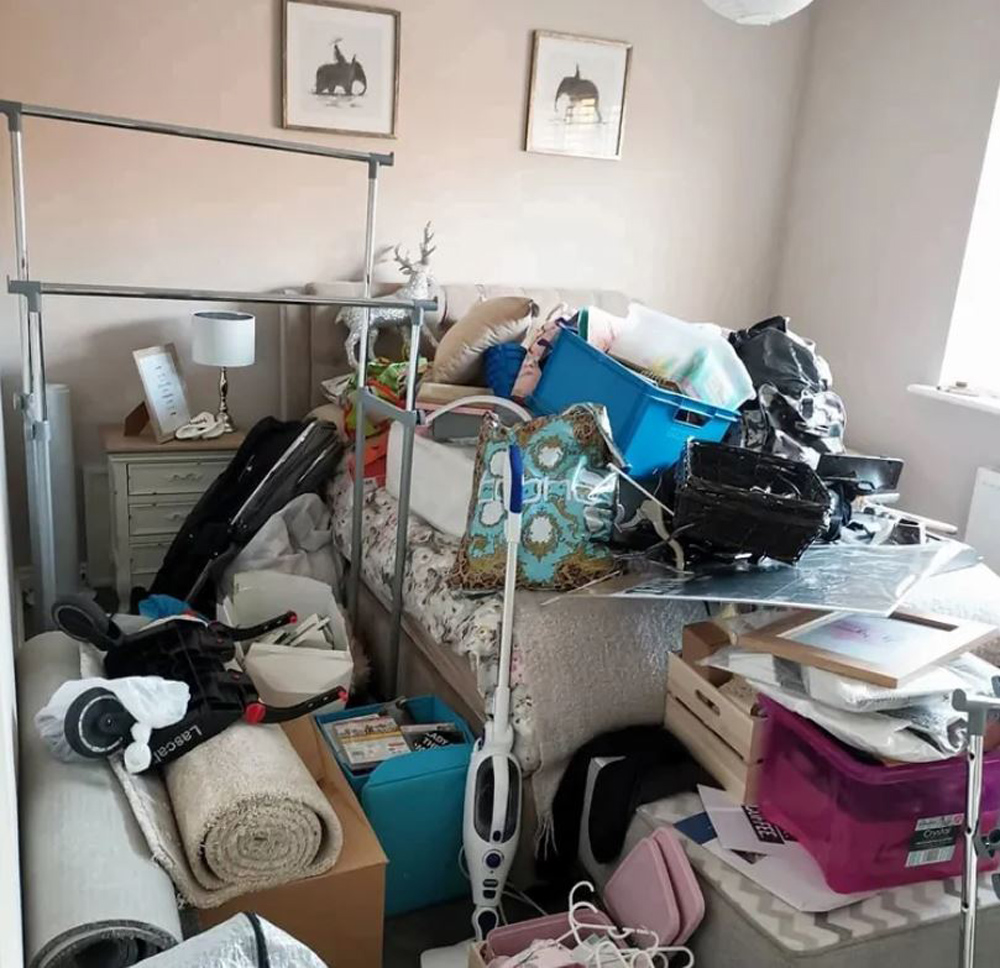 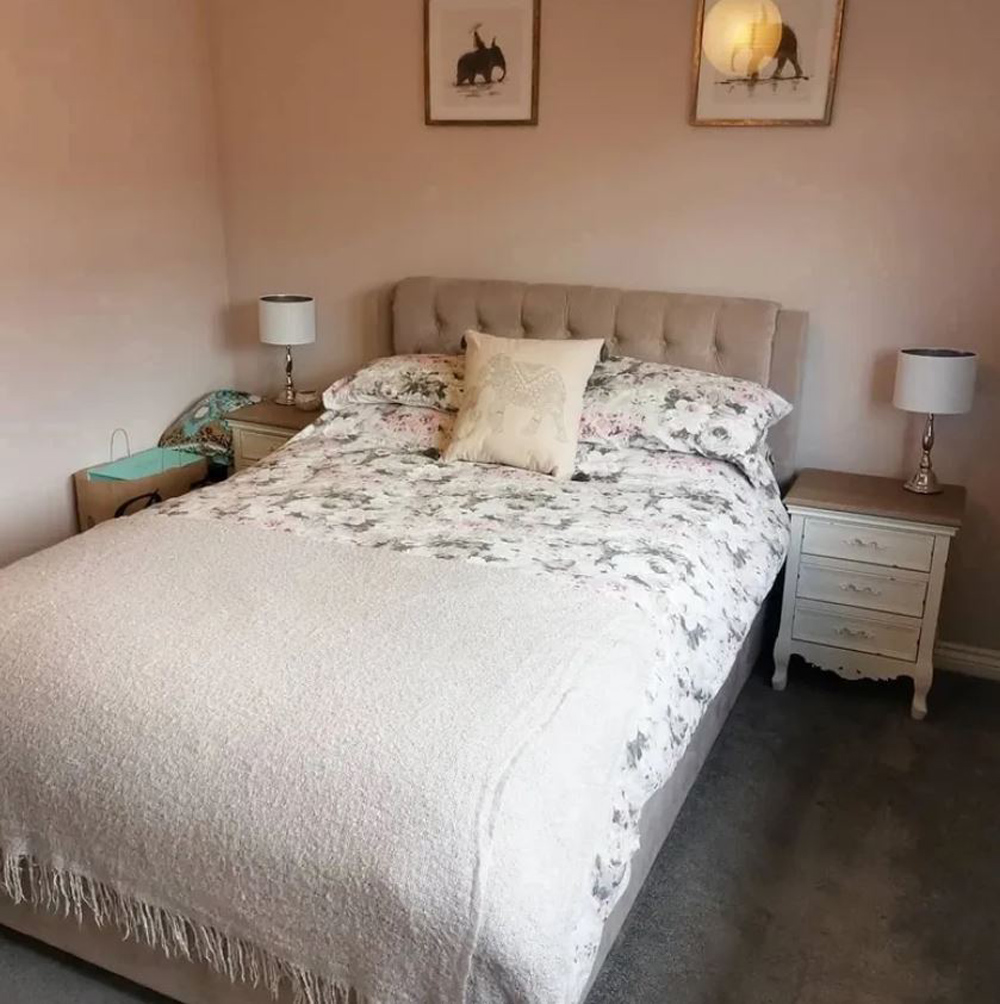 “We got talking about becoming professional organisers and realised we could be onto something. We did some research and found there was a definite gap in the market.”

So, after months of planning, Beth and Meg officially launched Purely Organised in December 2019.

In a stroke of genius, they decided to sell gift vouchers for people to buy as Christmas presents – an idea which proved especially popular with those making New Year’s Resolutions to get their homes in order.

Charging £240 for a day, or £125 for half a day, they worked non-stop throughout January and February – until the Covid-19 outbreak put everything on hold in March.

Remarkably, while many businesses have folded, theirs survived lockdown and now restrictions are easing, they are able to get back out to work again. 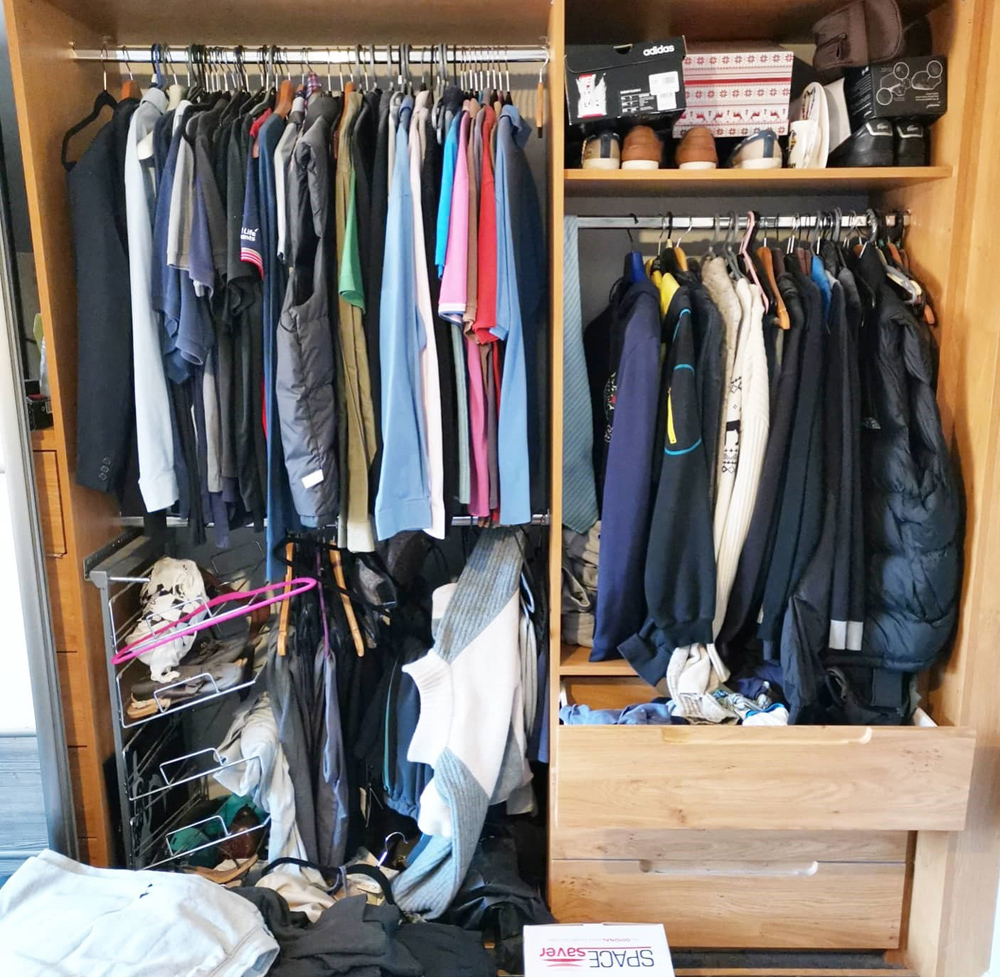 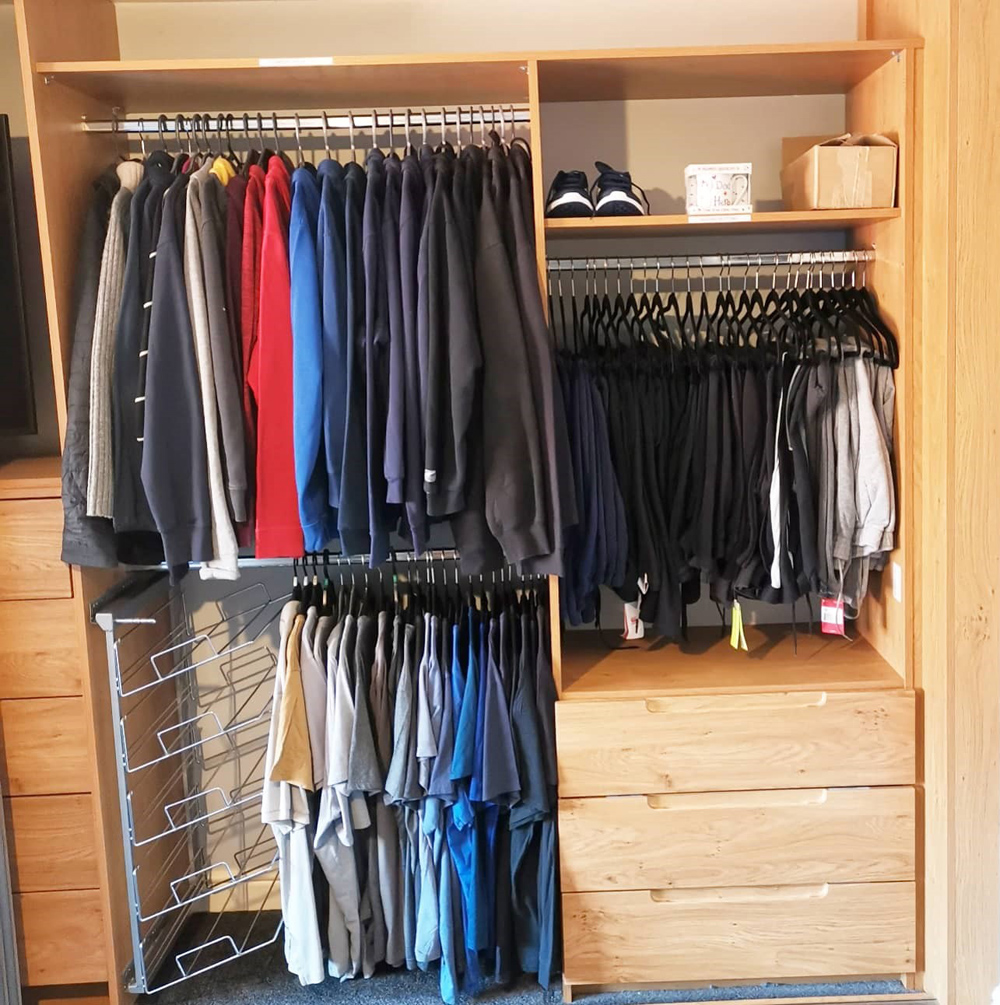 “We’re booked up about a month in advance at the moment,” Beth said.

“Right now, we’re juggling our day jobs with Purely Organised, so it can be a bit of a balancing act.

“But we feel really lucky to be so busy.”

Currently, Meg covers Wales and Beth covers London and its surrounding areas, but they do join forces if a job is especially big.

They declutter and reorganise anything from garages to offices, but say the most common task they are called in to perform is to overhaul a bedroom or pantry.

Following a free consultation with each client, they then draw up a proposal, showing how they could help and provide a quote.

Their top tips for being organised

Boxes are a cheap and easy organisational tool. They come in handy for a multitude of items, but we love them particularly for grouping items together.

There are a range of ways to store your herbs and spices. We love using tiered wooden spice racks, just like the ones our Dad makes. Rather than taking up space in your cupboards, place them on your wall.

This is every professional organiser’s favourite toy! Labelling items means everything has a home.

Rice, pasta, cereal, couscous and other food always comes in plastic packaging. Take everything out and pour it into a container. Not only does it declutter the cupboard, but it’s easy on the eye too.

Utilise space in cupboards by using a shelf insert. Whether it be for plates and bowls, mugs and glasses or books and DVDs, the choice is yours.

Use bookshelves in an organised manner. Categorise your books into fact and fiction, most read and least read, the most pleasing on the eye.

Are your children fed up of playing with the same toys? Keep 2 or 3 boxes full of toys and books hidden away. Each month put one box away and bring a new one out. This means less toys everywhere and when the new toys come out the children will appreciate them more.

When you have a baby, you often receive a range of different sized clothes as gifts. Use age dividers to categorise your baby’s clothes into the correct sizes e.g. Newborn, 0-3 months, 3-6 months…

The perfect way to maximise your draw space while having beautifully laid out clothes. Categorise your clothes and then colour coordinate them to give it that extra touch.

Beth said: “We’ll talk them through things like space-saving hangers, boxes, labels – all the little bits of equipment we can provide them to make a more organised home.”

Taking  everything out of cupboards and drawers before reorganising is the first step of any home transformation, according to Meg, who says the rooms they transform can become far messier before they are tidied to perfection.

She said: “People can be a bit shocked at that bit, but we always reassure them that it has to look worse before it can look better.

“Basically, we take everything out, then go through each item meticulously to work out if it’s still needed, and if it is, decide where it should be kept.

“Pantries are one of the most common things we’re called in to do. People fall into that trap of not being aware of what they already have and buying more, or of letting things go out of date. I’ve thrown away herbs and spices from 2014 before now.”

One of the most important parts of Meg and Beth's home overhauls is talking to clients about the importance of changing their mindset, so they do not slip back into old habits. 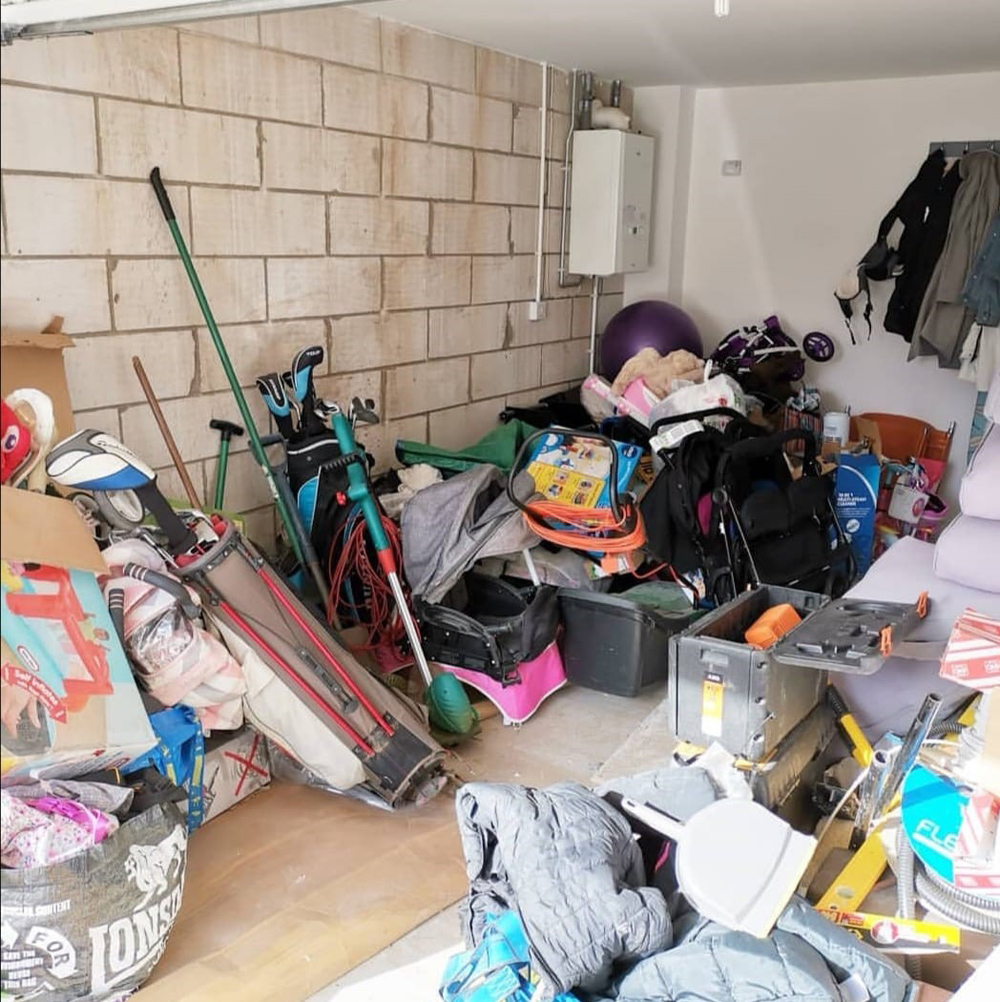 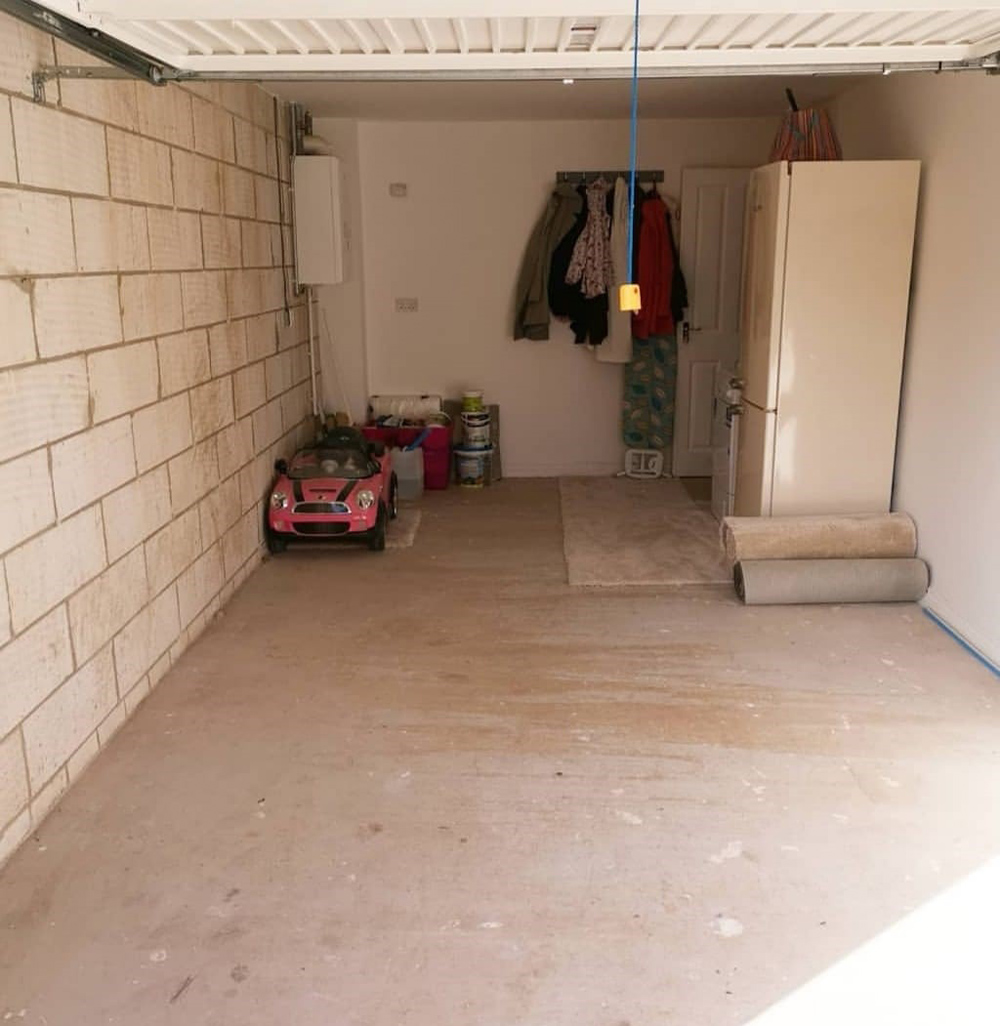 As well as saving space and money, as a clearly organised pantry prevents overbuying, they say a tidy house is good for the mind.

Now, as Purely Organised continues to enjoy stellar success, the sisters hope they can one day make the business their full-time career – and even begin recruiting an army of professional declutterers.

They also hope to set up an Etsy page online, where they will sell storage and space-saving solutions.

Beth said: “It’s a real two-woman show at the moment. Not only do we go out and declutter – there’s everything else, like marketing, accounts, social media and maintaining our website.

“It’s such fun working with Meg, though. We must talk about 20 times a day and we’re closer than ever.”

We previously revealed woman has transformed her boring bedroom for just £100 with new paint, blinds and cushions from B&Q and Dunelm.

We also revealed the dirtiest areas of your home – including the kitchen.