A MUM blogger has been forced to apologise after joking she would try to not smash her husband’s face in for not emptying the tumble dryer.

Emma Conway, from the Brummy Mummy of 2 blog, was criticised for trivialising men’s experience of domestic violence. 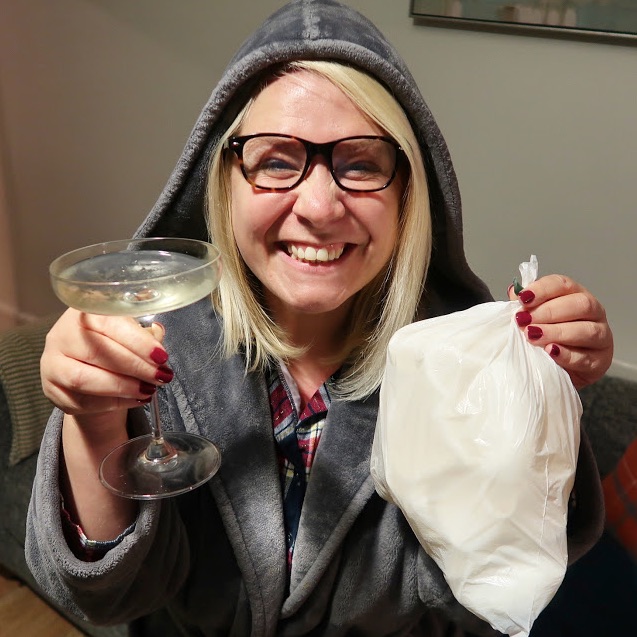 Emma’s comment was made in her 16 New Year’s resolutions post, where she explained how her husband Stephen’s lack of help with chores left her frustrated.

She wrote in the now-deleted post: “I will TRY and be tolerant when my other half doesn't empty the tumble dryer, offers no help whatsoever packing for holidays and when he lies in on another Saturday morning.

"I will TRY to not want to smash his face in. I said TRY."

Emma, who used to be a teacher, caused a stir among some of her 100,000 Instagram followers.

Some said that “joking about domestically abusing your husband is not funny".

"You seem very lucky to have Stephen in your life, maybe have a little bit of respect? He seems like he does a lot for you and your family."

Another added: “Bit much saying you'll try not to smash your husbands face in considering how many women and men have such awful home situations and come from domestic abuse situations… he seems like a good guy and you don't seem to take in how lucky you are!"

Meanwhile, another commented: “To… threaten violence to her husband for not completing a couple of the tasks which he does, and almost do so in a way which she appears to think is funny, is so concerning.

"Why is violence towards men normalised? If this is a private joke between her and her partner then that is one thing. But to publicise it on a blog which is no doubt monetised is deeply worrying.

"From memory I'm sure she started this blog to support mums. To promote a normalisation of domestic violence to her audience is appalling.”

Emma, who has worked with brands like Alzheimers UK, Disney, CoLab dry shampoo, McDonald's and The Works, later apologised in her Instagram stories.

She said: "It's been brought to my attention that a tongue-in-cheek blog post I wrote about the New Year's resolutions of a knackered mum offended some people.

"With travelling and the time difference, my team dealt with it the best way they knew which was to  immediately delete the post.

"I of course do not think domestic violence is funny. My writing is different to my social media. It's more character-based. I like to talk about the imperfections of marriage and raising kids. 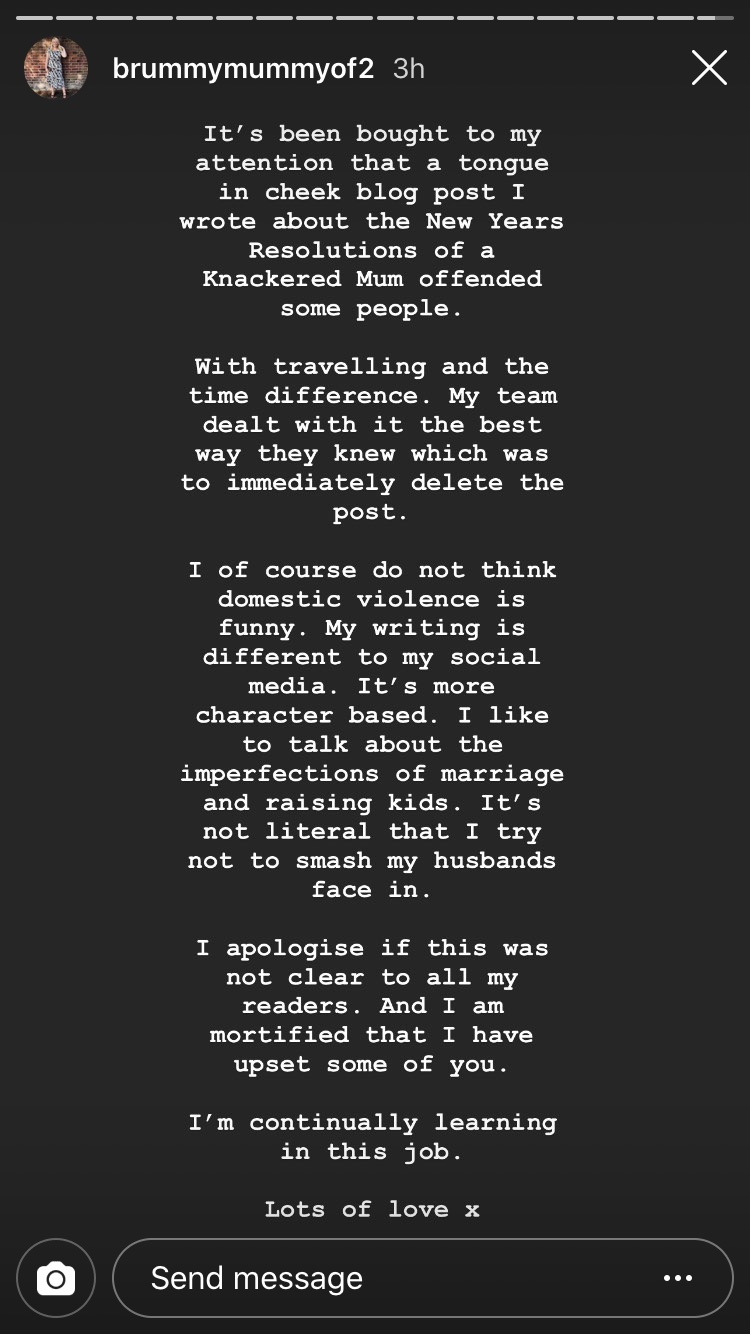 "It's not literal that I try not to smash my husband's face in.

"I apologise if this was not clear to all my readers. And I am mortified that I have upset some of you.

"I'm continually learning in this job. Lots of love."

According to the Office of National Statistics, around 4.2 per cent of men and 7.9 per cent of women suffered domestic abuse in the UK during 2018.

We shared how a 'lazy’ mum blogger who lets kids eat with hands used fake profile to hit back at trolls who said children must HATE her.

In more parenting news, a mum has issued a heartbreaking warning after her son almost "hung himself" on a totem tennis set by accident.

And this yYouTube has poked fun at gender reveal parties by FARTING blue powder to show her mates she's "expecting" a boy.

Mysterious 'gamma-ray burst' is most powerful explosion ever detected