Home » Fashion » My daughter’s eczema saw her hospitalised 10 times and be wrapped in clingfilm – but £4.50 moisturiser cleared it up

A RELIEVED mum – whose daughter’s eczema was so severe that, as a baby, she was sent to hospital with suspected meningitis – was stunned when a £4.50 over-the-counter cream “cured” the eight-year-old’s cracked and itchy skin.

Spending thousands of pounds on private hospital appointments and treatments in her quest to help her daughter, Chiara, office manager Tara Robbins, 28, of High Wycombe in Buckinghamshire, has revealed how her little girl suffered her first "attack" at just four months old. 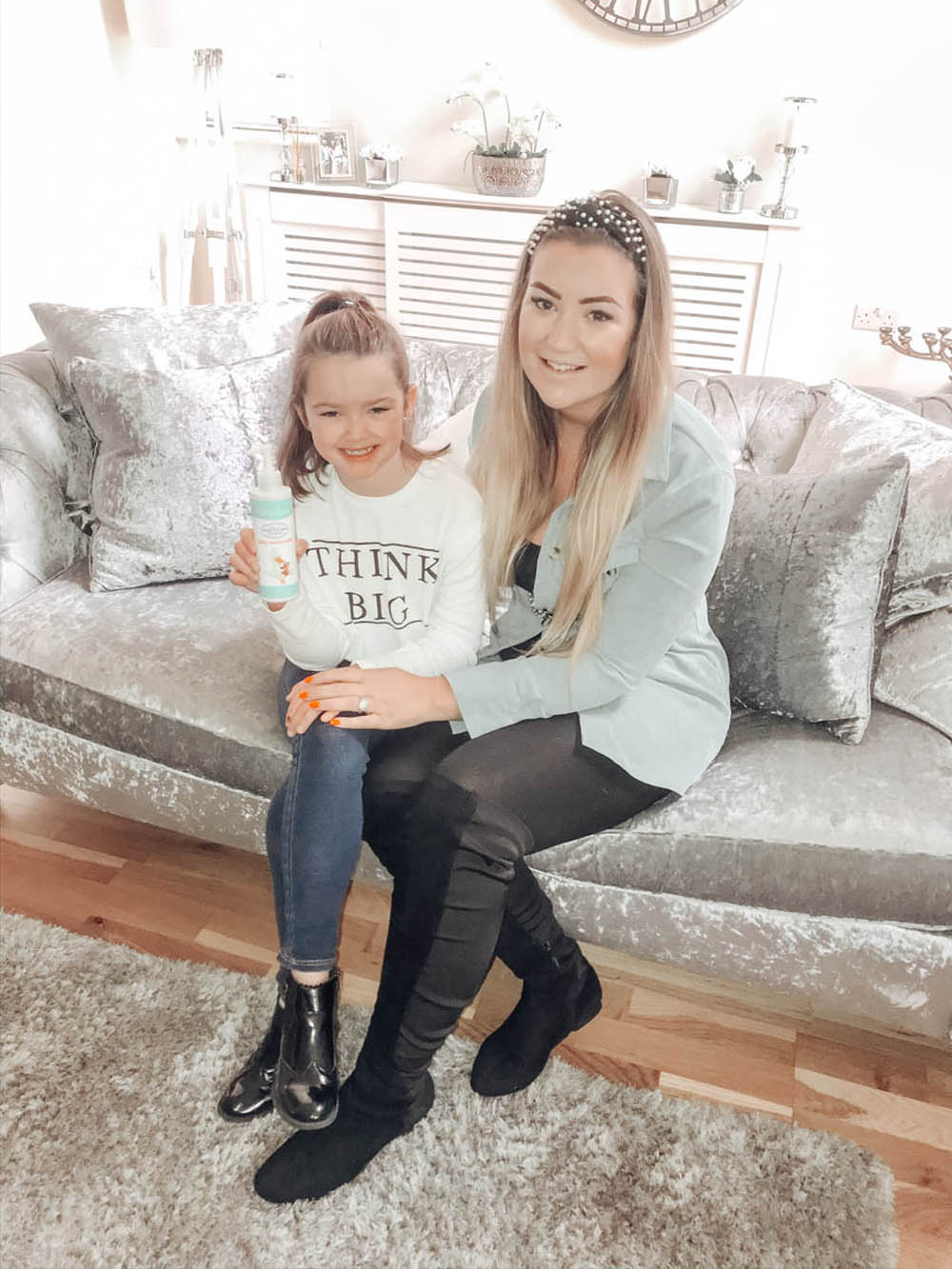 Since then she has been hospitalised “at least 10 times” and put on a drip four times, when the angry red blotches became infected.

Tara said: “She was four months old and was covered head to toe in this red rash.

“I phoned NHS Direct, who advised me to go straight to hospital, where we were told it was suspected meningitis. I didn’t have time to even get her milk from home. It was the scariest time of my life.”

Transferred to Aylesbury’s Stoke Mandeville Hospital, within an hour medics confirmed that it was not deadly meningitis – an infection of the membranes that surround the brain and spinal cord – and that it was likely a viral infection, sending her home.

But after it failed to clear up, Tara repeatedly saw the GP who told her it was “just a rash.”

Eventually, when Chiara was nine months old, the mum paid for a private appointment and got a diagnosis of atopic eczema, a chronic condition that causes the skin to become itchy, dry and cracked.

“Her hands were the worst. Her fingers would often be so sore that she couldn’t even bend them, but it was also all over her legs and arms,” she recalled.

“It would get infected, where it would bleed and be pussy, so we’d have to take her to A&E. 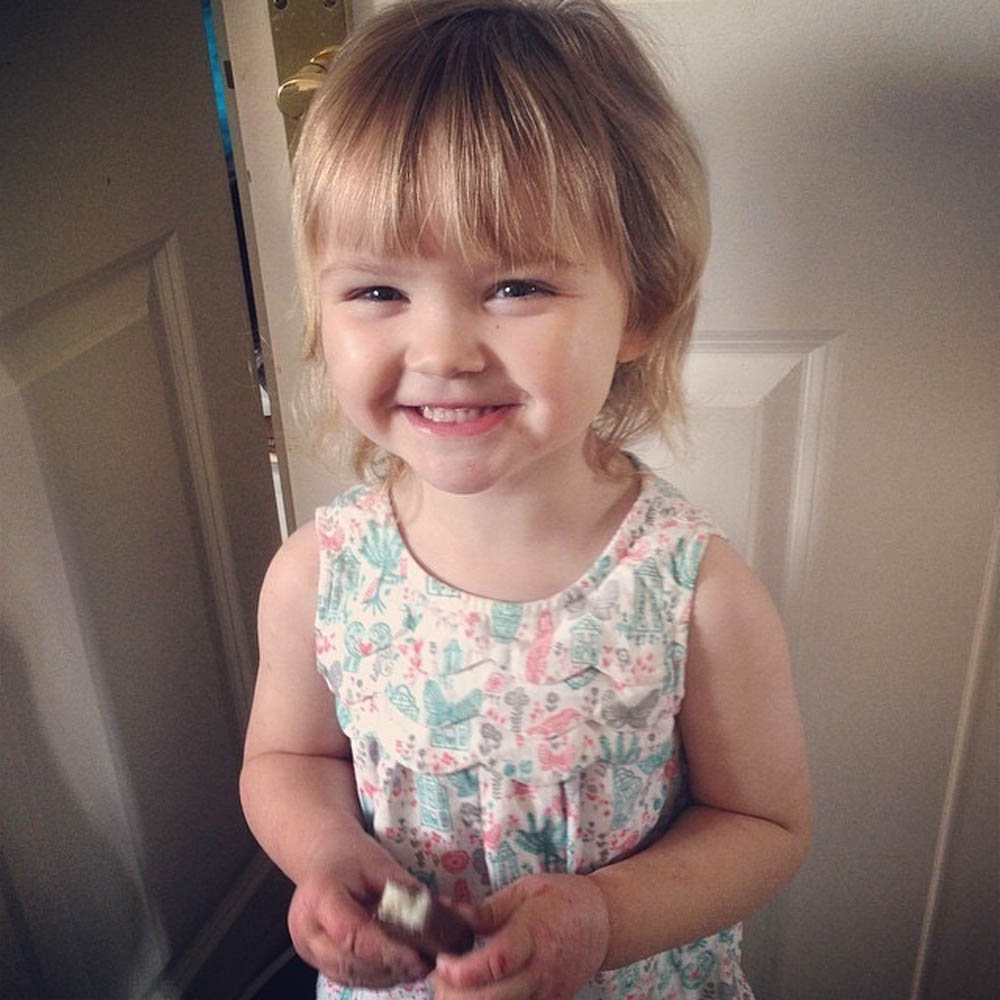 “I must have taken her to hospital 10 times. She was admitted four times and put on a drip to try and flush her system out and reduce the risk of the infection spreading.

“She’d be covered in anti-infection cream, wrapped in bandages and, back home, we’d have to cover her hands in clingfilm to stop her scratching.”

Prescribed lots of different creams and steroids, Tara spent a fortune on private prescriptions – with one cream costing £100 for 50ml.

“I tried cutting things out of her diet like gluten and dairy, but nothing seemed to work,” she said.

“I was told to put a small amount of diluted bleach in the bath with her to try and reduce the risk of infections and stop flare ups, which we still do today.”

Meanwhile, the appearance of her raw and painful skin attracted cruel comments which, as Chiara got older, left her confidence at rock bottom.
“When she started school, she was so self-conscious, especially because of her hands,” Tara said.

“Even when it cleared up the children would remember and point at her and say, ‘What’s that on your hands?’ even if there was nothing there.

Tara continued: “People would look at her in the street and would tell her to wash her hands, even though they were not dirty, the marks were scabs.

“Chiara would say, ‘My hands are not dirty. It’s eczema’, which would break my heart.”

The little girl even became too scared to stay in hotels or go to sleepovers, fearing that she would scratch in her sleep and leave blood on the sheets.

“It’s horrible watching the little person you love and want to protect in so much physical and emotional pain and not being able to help, she said.

“Chiara’s skin was red raw and so unbearably itchy. Plus, it got progressively worse as she got older.”

Frustrated that nothing was working, in the winter of 2017, a sceptical Tara decided to give £4.50 Childs Farm moisturiser a go, after a number of people recommended she try it.

“I’d probably had 50 people get in touch with me online as well as friends and family, after I posted on Facebook about her skin, telling me to try it, because they’d read a news article about it clearing up eczema,” she said.

“I thought it was an absolute waste of time, because nothing ever worked.

“Then, amazingly, it worked straight away. Within two weeks it was completely cleared up.”

Tara explained: “The best thing was that she didn’t scream in pain when we put it on like she did with a lot of other creams. We’d really struggled, having to basically hold her down for 45 minutes while applying creams until this came along.

“We were also able to give her a bubble bath for the first time last year, which we had never been able to do before, because the bubbles aggravated her skin.”

With Chiara’s skin finally clear, she decided to move her to a new school in September 2019, so she could have a fresh start.

“She no longer has to worry about what the other children are saying, because they haven’t known her with eczema,” she said.

“She actually skipped into school on her first day carrying her little Childs Farm soap.

“She does still get flare ups on her hands, especially if the weather is cold, but apart from that she’s eczema free. It’s been life-changing.”

Joanna Jensen, CEO and founder of Childs Farm, added: “People often mistakenly assume that eczema is little more than an inconvenience.
But for children like Chiara it can be awful, causing them pain and discomfort on a daily basis, which creates a lot of stress for their parents.

“Hearing how Childs Farm products have changed Chiara’s young life is just fantastic. I am thrilled that she is now brimming with confidence as she is finally happy in her skin and getting so much enjoyment out of school.”

In other health news, we told you the six steps to beating sugar cravings the right way.

We also revealed that mums are using the "pepper and glitter method" to teach their kids how to wash their hands properly.

And menstrual cup misuse can cause pelvic organ prolapse.