After 11 seasons, Cecily Strong says goodbye by reviving one of her most beloved "Weekend Update" characters, and screaming at us one last time as Kimberly Guilfoyle.

Out of nowhere, this Christmas episode of “Saturday Night Live” became an important milestone in the show’s history, as it was announced shortly before it aired it would be Cecily Strong’s last episode.

A staple on the show for more than a decade now, Cecily has been an anchor for this cast, creating a trio of female power with Kate McKinnon and Aidy Bryant that hadn’t been seen since Tina Fey, Amy Poehler and Maya Rudolph shared the stage. 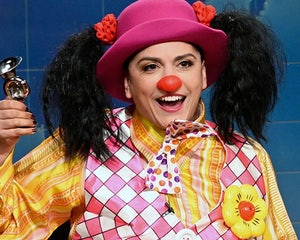 Cecily Strong to Leave Saturday Night Live: 'Tonight We Send Off One of the Best'

Fans were blessed with an extra half season from Cecily after the other two said farewell at the close of Season 47. As expected, the night did allow for a well-earned special goodbye for Cecily, which had laughter and tears, but mostly went about the business of trying to make us laugh.

It’s just unfortunate they weren’t as successful this week as the last.

We said last week that Martin Short and Steve Martin had us feeling like that would have been a great holiday episode to end the year on, and we stand by it. Host Austin Butler wasn’t the problem, either. This week just didn’t have as strong of ideas or writing to back up his affable charm and genuine acting skills.

We did get a great parody of classic black-and-white holiday films, as well as a couple of fantastic “Weekend Update” segments, so the night wasn’t a complete loss, But it was definitely a big step down from the previous week and one of the weaker overall episodes of the season.

As usual, we’re ranking all the sketches from worst to first, including the Monologue, Cold Open, “Weekend Update” and any sketches that were cut for time but made their way online. We’ll skip the musical guests, because they’re not usually funny — unless Ashlee Simpson shows up. We wrap up with a look at the cast-member who had the strongest week. 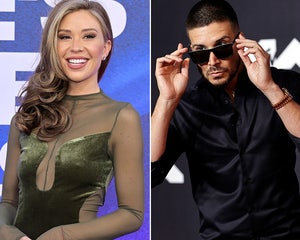 The Phrase That Pays

Not a stellar sketch by any means, but we did enjoy the characterizations on display. In particular, James Austin Johnson really played a great game show host who really, really doesn’t care. Heidi Gardner and Punkie Johnson were delightfully daffy in different ways, making their segments fun to watch, even if they were repetitive. The biggest problem was that repetition, though, as it was basically the same thing over and over and over again … and it wasn’t that funny to begin with.

We were definitely enjoying Austin Butler getting irate during a White Elephant gift exchange when Heidi Gardner swiped his gift, but we did not care for the “twist” ending of the sketch at all. They should have stuck with him being petulant and childish, hurling insults at Ego Nwodim and just ruining the whole fun event. We’d have even enjoyed him rising to abject outrage than the lame way they chose to end this instead. A big disappointment because the rising escalation, and Austin’s performance, were great to that point.

Austin was very affable and charming, winning the audience over with a quick biographical monologue. He sprinkled some light humor throughout, but it was mostly sincere and heartfelt. He got emotional talking about how he and his late mother would bond over this show, and how he overcame his crippling shyness to be able to do what he does for a living, and now perform comedy live. So he dedicated all his silly voices and funny faces tonight to her. 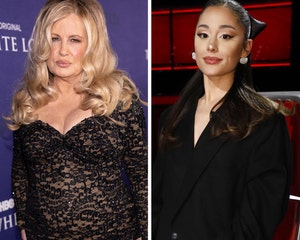 There was some potential in this, but the vignettes weren’t consistently wacky for Chloe Bennett’s pretty solid Jennifer Coolidge impression. We loved her reaction to the menorah and sincerely asking Michael Longfellow if he wrote “Jingle Bells,” but there were some other pieces that were absolute duds, dragging the momentum of the piece badly. If they’re not all winners, they needed to be better arranged so the best ones were at the end, leaving us on a high note and laughing.

The requisite piece poking fun at the host’s big project, this one saw Sarah Sherman dressed up as “Jewish Elvis,” while Austin Butler went genderbent too as one of the old women from the retirement home fawning all over him. Elvis spent more time kvetching than singing, and Sarah was definitely hamming it up directly into the cameras, but it all strangely worked for such a bizarre character. The ensign was a bit too theatrically silly and over the top, but we enjoyed the excitement of the old women in the audience, as well as the confusion of Chloe Bennett as a younger woman who just doesn’t get it.

At first, we were a little disappointed at how thin this premise was, though it’s always a delight to hear James Austin Johnson ramble on nonsensically (Better Than Ezra — we’re dying here!). Things got better when Mikey Day’s Don Jr. showed up and brought in Kimberly Guilfoyle to pitch her new holiday album. Cecily Strong was as loud as ever and we found ourselves weirdly missing the insanity of the Trump years only because of how much fun “SNL” was having with all the side characters (and it would have been great to have had Johnson then). We even got one of Johnson’s new Trump list rundowns to give us his chaotic stream of consciousness, holiday-themed! 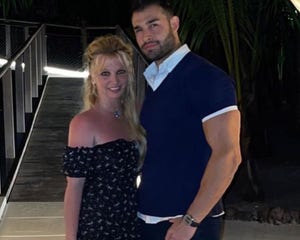 Who knew there were so many ways to say something tastes kind of okay. There was so much random chaos, from the British school children to Kenan Thompson as the narrator to Bowen Yang screaming randomly rather than delivering his lines. We do have to say that Austin Butler was barely trying to fake a British accent — or he’s just really, really bad at it. The children delighted in the shapes, had a little dance and even a song about just how meh this German confection is. The whole thing was madcap randomness from start to finish, but it had a certain crazy charm.

Of course, there was no way Donald Trump’s big NFT announcement was going to go by unscathed, but props to Colin Jost for tying it to Kanye West’s recent fall from grace as both Kanye and NFTs have kind of crashed (and Trump is kind of now getting into both). They also took shots at the crypto case, Biden protecting same-sex and interracial marriage and Marjorie Taylor Greene’s Target sex toy outrage … with a twist!

A bit too introspective and oddball, Bowen Yang was fully immersed in this Krampus characterization. It’s disappointing that the funniest part of it was when one of the horns on his costume started falling off and he ad-libbed that he had a sickness as he finally yanked it off. That was funnier than any of the written material. Maybe we’re just not ready for a Krampus who’s in therapy and getting in touch with himself. 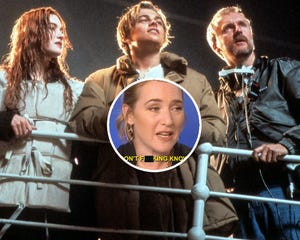 Even Michael Che couldn’t get through his terrible jokes about nuclear scientists discovering something called “ignition,” which they’re clearly hoping will lead them to discovering the “remix to ignition.” It was terrible, but we appreciated him powering through as his breaking helped us laugh with him. They boys stumbled awkwardly through a few other jokes, with Che getting in a nice dig about a possible GOP “Civil War” (“They already have the flags).

Heidi Gardner saved the day with a darkly twisted take on etiquette as Colin’s Aunt Pat who’d hired the real Mikey Day to be her butler, only she makes him apply lipstick to his first before kissing it onto hers and gives him crotch pats for a job well done (and boy were those thorough!) She had us laughing from start to finish — but what was “colon’s” gift?

In a sweet farewell that had us cracking up, Cecily Strong brought back her meth (ahem) mess of a character, Cathy Anne, to say goodbye to Michael Che because she was going to prison. We loved that her “friends on the inside” were Aidy Bryant and Kate McKinnon, as the three made some real magic during their years together on this show. She broke character for a sincere few moments that were so heartfelt and beautiful we teared up, too. 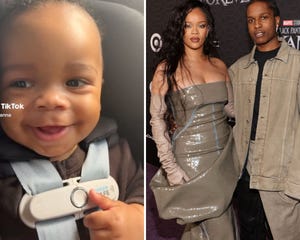 The frantic energy and pace of a typical PDD piece worked perfectly for their pitch of plastic shirts (and other clothing) to Austin Butler. They claimed they only make $30 per video so desperately need the money, but it was all the little verbal and visual details that made the piece a success. And finally, we got a twist at the end that worked for what came before, and didn’t completely derail the sketch’s momentum.

A brilliant mismatch of tone with Austin Butler playing a classically dramatic black-and-white Christmas character lamenting that he’s alone on Christmas Eve on the one half. At one point, he peers in on a seemingly happy family enjoying a holiday meal and soliloquies about his plight. That’s when we cut to the family inside, frightened by this strange man ranting wildly outside the window. It’s such a clever conceit, made even more so by Heidi Gardner’s frustrated wife character berating Andrew Dismukes as her husband and revealing perhaps a bit too much to children Sarah Sherman and Marcello Hernandez. All the saccharine sweetness of classic holiday movies outside and domestic disharmony inside. Didn’t love the twist ending, but overall the approach was brilliant.

A very thinly-veiled goodbye piece for Cecily Strong, we got a kick out of Kenan Thompson playing a manager type with all four newcomers portraying the general floor employees. Well, it didn’t last very long, as even the set was pulled away so Austin Butler could sing Elvis’ Christmas staple. Slowly, he was joined first by Cecily herself and then Kenan and the rest of the cast. Even Colin Jost came in to awkwardly stumble through a line. By the end, the only one missing was Michael Che. Not all cast members get farewell moments, so this was special and a testament to how important Cecily has been to the show for the past eleven seasons. 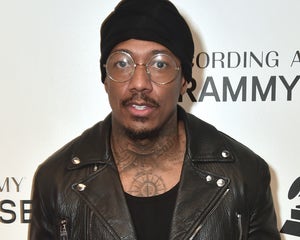 PLAYER OF THE WEEK

A pretty well-balanced night, but there were definitely some breakout moments. Heidi Gardner was fantastic as the frustrated wife in “The Christmas Epiphany” and the “X” contestant, as well as her saving performance as Aunt Pat on “Weekend Update.” This would have been hers to win, and it was as close to a tie as we’ve had all season.

But we’re going to have to say farewell to Cecily Strong by giving her a well-earned final nod as “PotW.” This isn’t a token gesture, either, as she slayed us with her Kimberly Guilfoyle, brought a ton of character to “Jewish Elvis” and managed to mix sentimentality and mentally unstable brilliantly one last time as Cathy Anne on “Update.”

Cecily Strong is one of those rare cast members that manages to become a superstar on the show for how committed she is to each performance. She fully immerses herself in each character she brings to life, and the writing of some of her “Update” pieces is so utterly brilliant.

She may forever be remembered for her strong abortion piece as Goober the Clown, which had some of the smartest and most poignant writing the show has ever seen, but we appreciated her ending on Cathy Anne. Judge Jeanine may give more laughs, but it was appropriate one of her original characters got to be her comedy swan song.

Families could get PPI windfalls by claiming for dead relatives