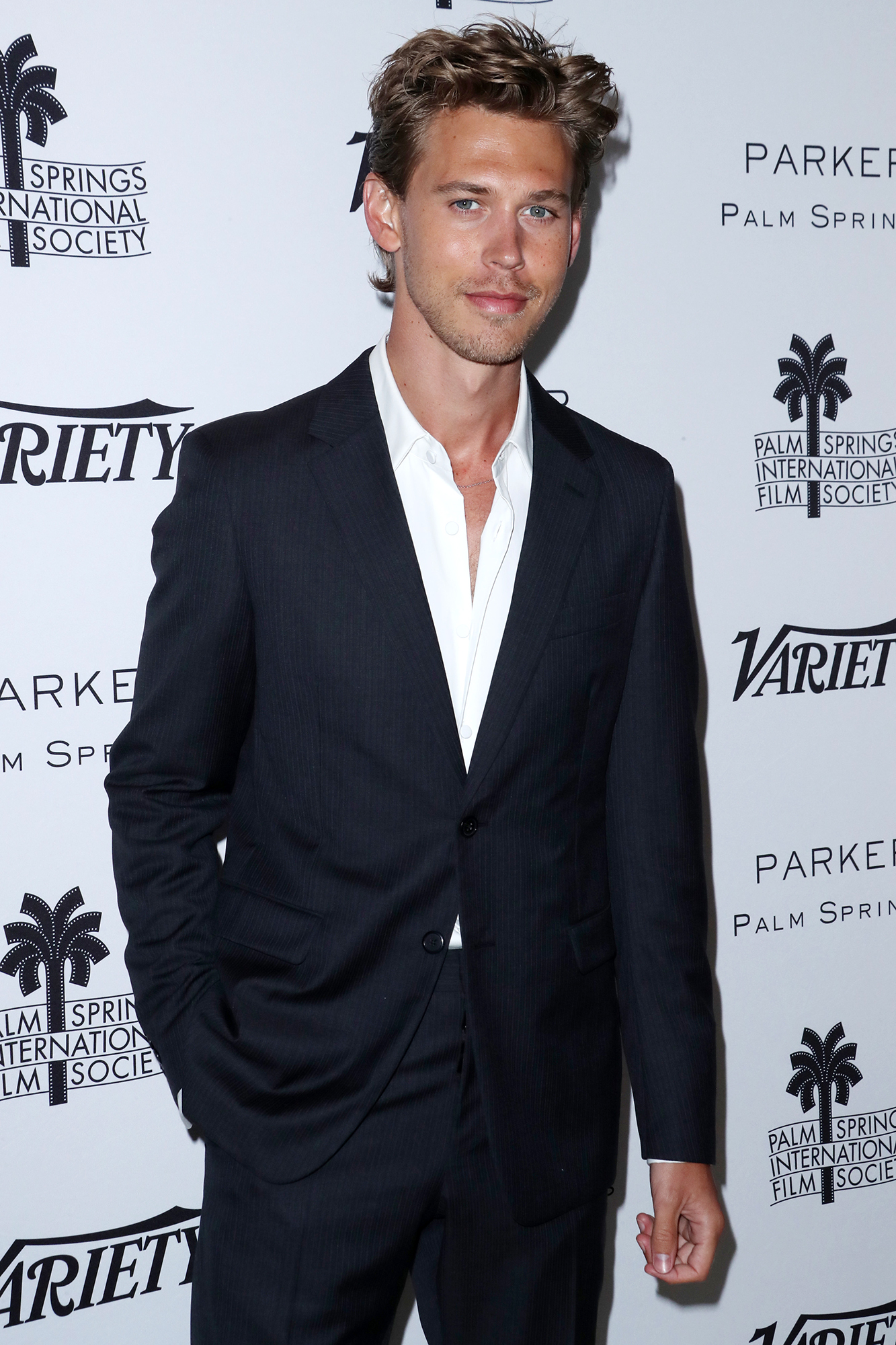 Hollywood Hunk! Austin Butler Through the Years: His Road to ‘Elvis’

“Because of COVID shutdowns, he was working on it all the time and it’s difficult to switch off something you’ve spent so much focus [and] time on,” Bartlett told ABC’s Gold Coast on Monday, January 16, about Butler’s time filming Baz Luhrmann‘s Elvis biopic.

The California native’s accent became a topic of conversation after it continued to resemble the famed musician. Bartlett, for her part, defended Butler’s technique and said it wasn’t being done for show.

“What you saw in that [2023] Golden Globes speech, that’s him. It’s genuine, it’s not put on,” she shared, referring to Butler’s acceptance speech at the awards show after winning for Best Performance in a Drama Motion Picture. “I feel sorry people are saying that, you know, it’s still acting [but] he’s actually taken [the voice] on board. I don’t know how long that will last, or if it’s going to be there forever.”

How the ‘Elvis’ Cast Compares to Their Real-Life Counterparts: Photos

Shortly after his big win, the Life Unexpected alum, 31, addressed fans who think he speaks like Elvis.

“I don’t think I sound like him still, but I guess I must because I hear it a lot,” he told reporters earlier this month. “I had three years where that was my only focus. So, I’m sure there’s pieces of him in my DNA and I’ll always be linked.”

Meanwhile, Bartlett broke down the work that went into changing Butler’s voice for the role, adding, “Basically what I look for is what their natural singing voice is doing. I strip away all the effects someone is putting on, and I go, ‘What does this natural voice sound like?’ And what is working and what needs help in terms of enhancement, in terms of support, flexibility, stamina, all those things.” 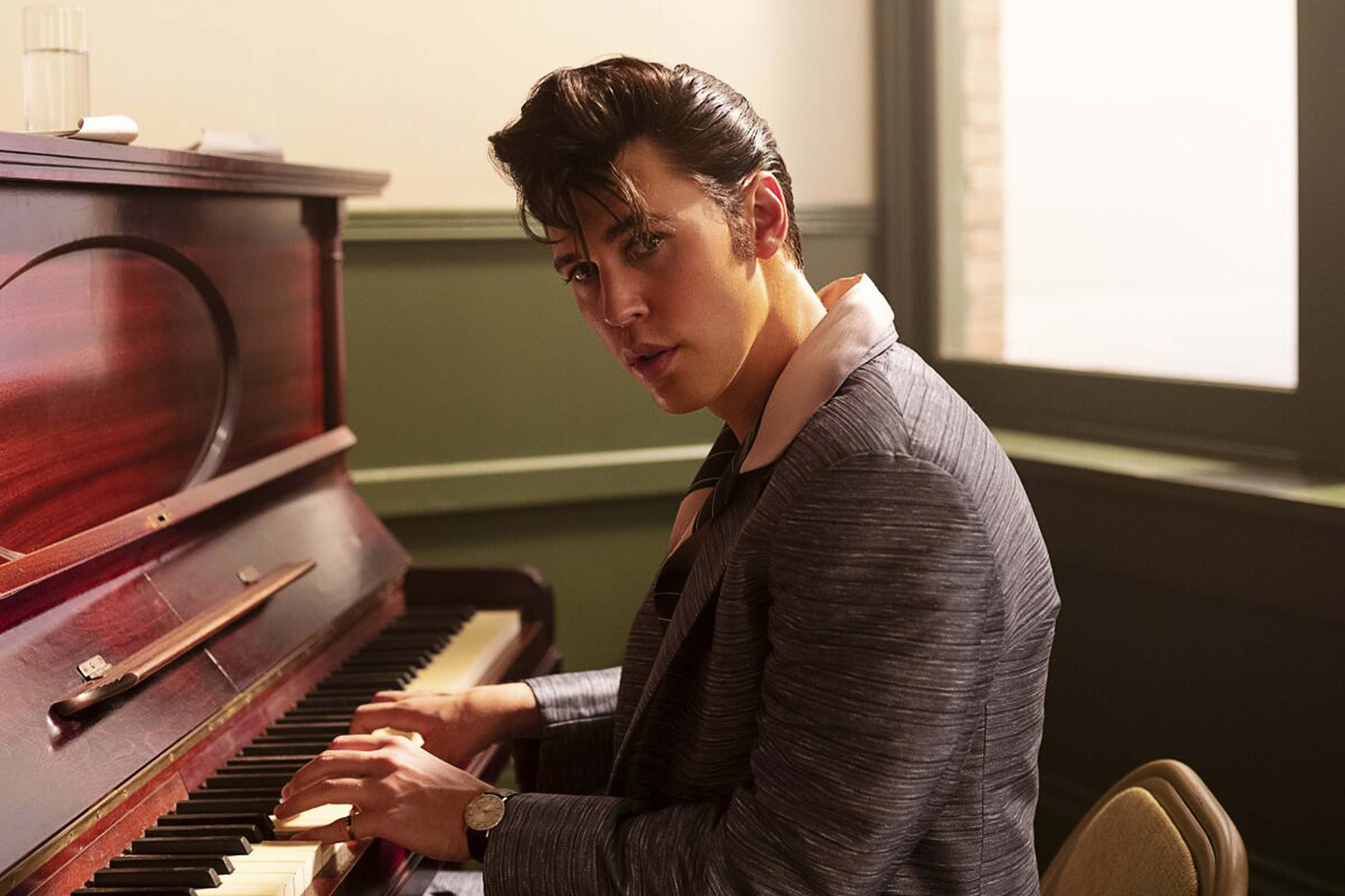 Butler has previously been candid about the toll that playing Elvis took on him. After filming the movie in March 2021, the Carrie Diaries alum recalled going through a health scare.

“The next day I woke up at 4 in the morning with excruciating pain, and I was rushed to the hospital,” he told GQ in a May 2022 interview. “My body just started shutting down the day after I finished Elvis.”

Is Austin Butler Really Singing in ‘Elvis’? Inside His Prep for the Role

After recovering from a virus that triggered appendicitis, Butler continued to offer a glimpse at his creative approach to bringing the King of Rock and Roll to life.

“I didn’t do anything else for two years [apart from working on Elvis], that’s such a large chunk of life. I’m not surprised that it clicks in,” he explained to Elle Australia in June 2022. “Because I’m a shy person, and when I know that there’s bits of Elvis that I’d have to click into in order to go out on stage and be in front of a ton of people, being surrounded by his name everywhere, there’s triggers. You spend so much time obsessing about one thing, and it really is like muscular habits, your mouth can change.”

At the time, Butler noted that he was still “constantly changing,” saying, “Check in with me in 20 years when I’ve played a lot of roles. [W]ho knows what I’ll sound like!”

Following his appearance at the Golden Globes, Butler attended the Critics’ Choice Awards on Sunday, January 15, where he lost the Best Actor trophy to Brendan Fraser for his role in The Whale. Butler’s appearance came days after Lisa Marie Presley’s death at age 54.

The best beard trimmers you can buy in 2020