The Reserve Bank has signalled interest rates will be pushed higher to show Australians it is serious about bringing inflation under control as signs grow that first-time home buyers are being driven out of the property market.

While conceding the Australian economy could “easily” be knocked off its narrow path back to normality after COVID-19, RBA governor Philip Lowe told an international audience in Bangkok on Friday that central banks had to pass the “test” of controlling inflation. 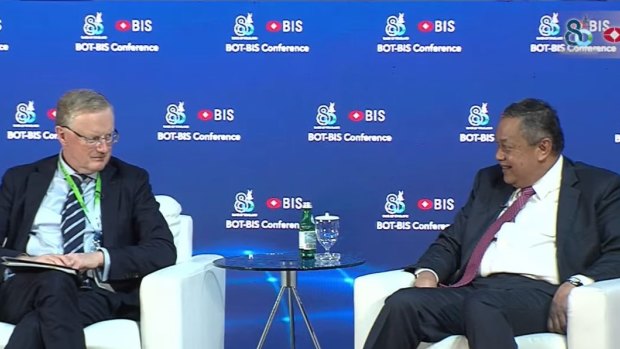 The RBA expects inflation, which hit a 32-year high of 7.3 per cent in the September quarter, to reach 8 per cent by the end of the year. In response, it has rapidly lifted interest rates, from 0.1 per cent at the start of May to 2.85 per cent in November.

At its final meeting of the year on Tuesday, the RBA board is expected to lift the cash rate another quarter of a percentage point to 3.1 per cent, which would be its highest level since late 2012.

Lowe, speaking alongside the heads of the European Central Bank and Bank Indonesia, said inflation was likely to be more variable in coming years due to factors including deglobalisation, an ageing population and costs associated with reducing carbon emissions.

He said while prices had spiked around the world this year, it was vital central banks showed consumers and businesses they were committed to bringing inflation under control.

“I think going forward we will hopefully be able to return to a world where we can look through supply shocks, provided that the public is convinced that inflation will come back to target,” he said.

“I think that’s why the current episode is so important to demonstrate we will do that.

“If we can do that, as long as we don’t get hit by a sequence of supply shocks in the future … then will be able to look through and go back to the textbook [to show] inflation goes up for a while but then comes back painlessly. We’ve got to show that we can bring it back down now.”

Lowe said the Australian economy had performed well through COVID-19, citing unemployment at a 50-year low and continued growth out of the pandemic.

He said the country faced a narrow path to deal with higher interest rates and slowing growth both domestically and across the rest of the developed world.

“I think it’s still possible for us to tread that narrow path but it’s pretty easy to get knocked off,” he said.

The impact of the bank’s rate rises was evident in Australian Bureau of Statistics figures released on Friday showing the total number of loans to purchase an existing dwelling fell 4.9 per cent in October.

Loans taken out by first-time buyers declined another 3.2 per cent to 8862 – lower than in February 2020 and just ahead of the number during the first COVID-related lockdowns – to be 25.6 per cent down over the past year. 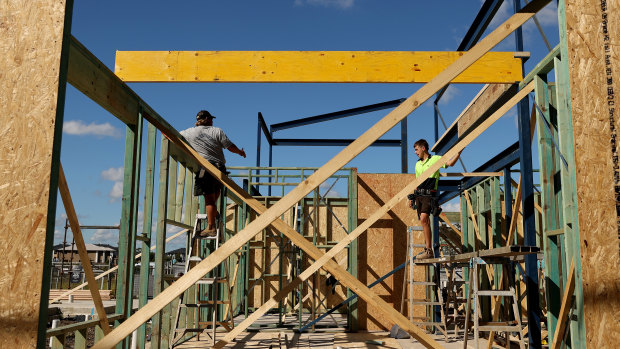 Loans for the property sector continue to fall as interest rates climb and house prices fall.Credit:Bloomberg

Since peaking in early 2021, the number of first-time loans has fallen 44 per cent in Victoria and by 49 per cent to mid-2019 levels in NSW.

“Higher mortgage rates should act as a fairly persistent shock, capping borrowing capacity going forward (for a given level of income), while continued softness in house prices should reduce both the volume and value of new loans,” he said.

Tim Burton Only Agreed to Make ‘Batman Returns’ for 1 Reason