For those who are baffled every year when a list of little-known films are nominated for best picture at the Oscars, 2023 could be the year that changes.

Two of the top dozen hits in worldwide cinema history, Avatar: The Way Of Water and Top Gun: Maverick, are widely tipped to join the likes of The Fabelmans, Everything Everywhere All At Once, The Banshees of Inisherin and Baz Luhrmann’s Elvis in contending for the top prize in film. 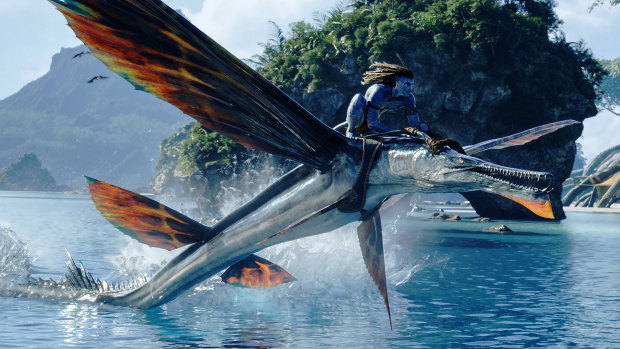 Expected to be nominated for best picture at the Oscars: Avatar: The Way of Water.Credit:20th Century Studios

Elvis, shot entirely in Australia during the pandemic, is also tipped to be up for best actor for Austin Butler, and at least five other Academy Awards, when actors Riz Ahmed and Allison Williams announce the nominations early on Wednesday morning Australian time.

Assured of a seventh nomination is two-time Oscar winner Cate Blanchett for playing an obsessive conductor-composer in Tar. But the chances of two other Australian actors, Margot Robbie for Babylon and Hugh Jackman for The Son, seem to have slipped away with downbeat reactions to their films. 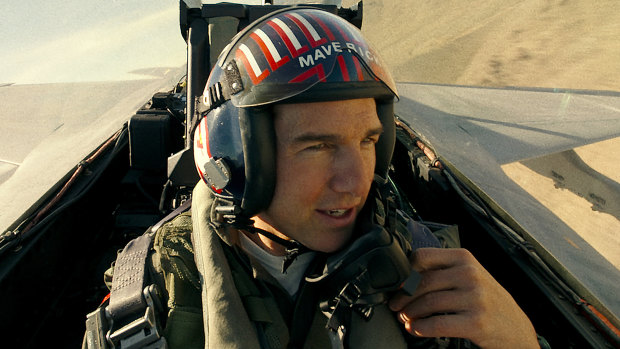 Elvis is a strong chance of being nominated for best costumes, production design, editing, make-up and hair, sound and possibly cinematography. That recognition would be poignant after the death of Lisa Marie Presley, who was a strong supporter of the biopic of father Elvis Presley, this month.

Catherine Martin, who has more Oscars than any other Australian with four, could have three more nominations for costumes, production design and as one of the producers of Elvis. The intriguing question is whether Luhrmann, her husband and close collaborator since Strictly Ballroom three decades ago, will be nominated for best director for the first time.

Virtually guaranteed to be nominated for the award that Jane Campion won for The Power of the Dog last year are Steven Spielberg (The Fabelmans), fellow American duo Daniel Scheinert and Daniel Kwan (Everything Everywhere All At Once) and James Cameron (Avatar: The Way Of Water).

The New York Times is predicting Luhrmann will join them, adding to his single Oscar nomination as a producer of Moulin Rouge!. 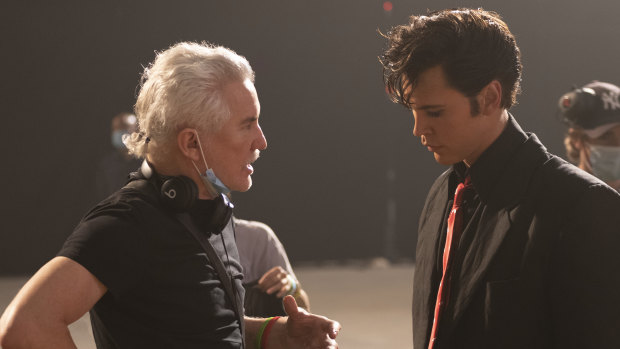 Baz Luhrmann directs Austin Butler on the set of Elvis in Queensland.Credit:Warner Bros.

In a wider than usual field, the Australian hope is that Luhrmann will join Spielberg, Scheinert/Kwan and Cameron, with the final nomination going to either McDonagh, Prince-Bythewood or Polley.

There is one category that Elvis won’t be getting a nomination for: best song. While Doja Cat’s Vegas has been a hit, it was deemed ineligible for an Oscar because it samples Shonka Dukureh’s version of Hound Dog.

The 14 nominations for the British Academy Awards for Netflix’s foreign language war film All Quiet On The Western Front have boosted its chances of being up for best picture at the Oscars. Other leading contenders include The Woman King, Glass Onion: A Knives Out Mystery, Black Panther: Wakanda Forever, RRR, The Whale, Women Talking and Triangle Of Sadness.

Primavera 2019 reflects the next generation of Australian art