Home » Lifestyle » Elizabeth Berkley Teases Dustin Diamond’s Return In ‘Saved By The Bell’ Reboot: ‘Maybe’ If We Get A S2

Don’t count Screech out just yet. Elizabeth Berkley revealed that Dustin Diamond could return to ‘Saved by the Bell’ for the revival in the future!

It turns out that we may see the return of one Screech Powers in the upcoming Saved by the Bell reboot — just not yet. Elizabeth Berkley (aka Jessie Spano) revealed on Watch What Happens Live that while former co-star Dustin Diamond isn’t part of the new series at this time, he could rejoin the Bayside High gang if the show’s successful. “I don’t know if he will make an appearance,” she told host Andy Cohen. “We’ll see if there’s another season, maybe it’s something to explore.”

Elizabeth, 45, noted that she hasn’t spoken to Dustin, 43, since the original series wrapped in 1993, but stressed that there’s no feud. “I haven’t talked to him in a long time — I think since we finished the show is the last time I actually spoke to him,” Elizabeth said. “But not because of anything bad, I mean, he was always nice to me and he’s had his journey, but really I’ve kept more in touch with Mark-Paul [Gosselaar] , Tiffani [Thiessen], Mario [Lopez], and then, from time to time, Lark [Voorhies].” 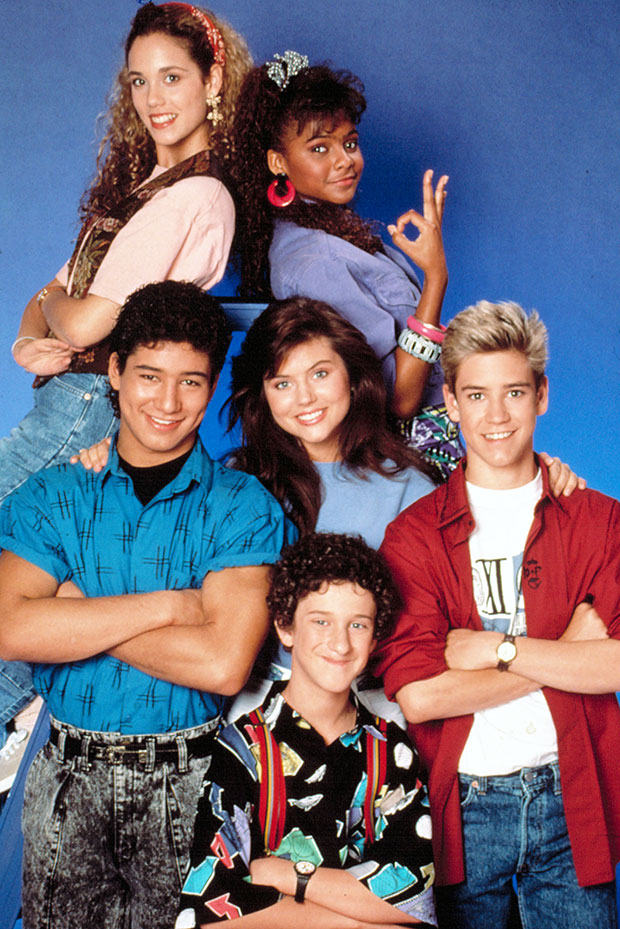 Dustin’s life after Saved by the Bell has been fraught with controversy. The actor, 43, who also starred in the show’s two spinoffs, directed and released his own sex tape Screeched in 2006. He went on to star in a number of reality programs, like Celebrity Big Brother, and ran into trouble with the law in 2015, when he served three months in prison for carrying a concealed weapon and disorderly conduct following a stabbing at a bar in Wisconsin.

The actor also published a tell-all about his time on the series in 2009 called Behind the Bell — and it painted a very unflattering portrait of some of the Saved by the Bell cast members. Dustin is the only of the six main characters not coming back for the reboot.