Four board members of Texas’ power grid operator have announced their plans to resign in the wake of a severe winter storm that left millions of Texans without power for days and led to at least 31 deaths in the state. Texas Governor Greg Abbott has repeatedly blamed the Electric Reliability Council of Texas (ERCOT) for the power failures, and has called for an investigation into the council.

In a letter to the board, the resigning members cited concerns about their “out-of-state board leadership.” Three of the resigning board members live in other states, and one lives in another country.

“We have noted recent concerns about out-of-state board leadership at ERCOT,” the letter said. “To allow state leaders a free hand with future direction and to eliminate distractions, we are resigning from the board effective after our urgent board teleconference meeting adjourns on Wednesday, February 24, 2021.”

The resigning members also said they wanted to “acknowledge the pain and suffering of Texans during this past week” and noted that many Texans are still facing “the tragic consequences of this emergency.”

Over the course of multiple days last week, people throughout much of the state were forced to deal with blackouts and burst and flooding pipes amid sub-freezing temperatures. Dozens of counties in the state have been declared major disaster areas by President Biden, and millions of people were under a boil water order. 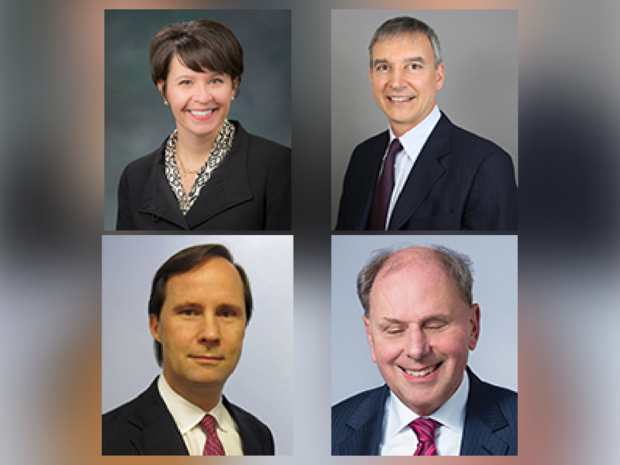 Talberg and Hepper joined the council on January 1. According to the Council’s website, the 16-member Board of Directors oversees ERCOT operations.

“With the right follow through, Texas can lead the nation in investing in infrastructure and emergency preparedness to withstand the effects of severe weather events — whether in the form of flooding, drought, extreme temperatures, or hurricanes,” the resigning members wrote. “We want what is best for ERCOT and Texas.”

ERCOT did not immediately respond to CBS News’ request for comment.

Craig Ivey, who was a candidate to serve on the board, has also rescinded his candidacy, effective Tuesday, to “avoid becoming a distraction.” He currently resides in Florida, according to his biography on the Council’s website.

ERCOT, the grid operator that supplies roughly 90% of Texas’ power, has been under fire for its handling of the winter storm. The operator said in November that it anticipated “sufficient installed generating capacity” during the “peak demand” through spring, although it did note that this announcement was based on what “typically” occurs every season and in extreme weather conditions.

Last week’s storm brought about some of the coldest temperatures the state has seen in decades. Many officials, including Governor Greg Abbott, have questioned whether the company was adequately prepared. The Public Utility Commission of Texas has launched an investigation into the power failures.

On Tuesday, Abbott said ERCOT’s “lack of preparedness” for the storm has made him “welcome the resignations.”

“When Texans were in desperate need of electricity, ERCOT failed to do its job and Texans were left shivering in their homes without power. ERCOT leadership made assurances that Texas’ power infrastructure was prepared for the winter storm, but those assurances proved to be devastatingly false,” Abbott said. “The lack of preparedness and transparency at ERCOT is unacceptable, and I welcome these resignations.”

Abbot said the state will continue to investigate the Council and “uncover the full picture of what went wrong.”

“We will ensure that the disastrous events of last week are never repeated,” he said.

Abbott has repeatedly placed blame on ERCOT over the last week — but Houston Mayor Sylvester Turner has pushed back on the accusation that ERCOT is entirely at fault.

“For anybody who’s just trying to place the blame on ERCOT, that’s not enough. That’s part of the story but it’s not the total story,” Turner said Thursday on MSNBC. “ERCOT is an agency of the state, of Texas… and what happened this week is a failure not just of ERCOT but of the statewide leadership, state representatives, state senators who didn’t do enough to make the necessary structural changes to prevent what took place this week.”

Ellen Pompeo Heads Out on Juice Run with a Friend