Gina Lollobrigida, an Italian movie actress who became one of the post-World War II era’s first major European sex symbols, has died. She was 95. 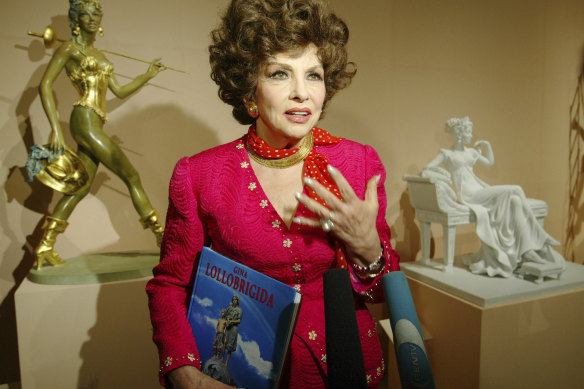 Lollobrigida had already appeared in more than two dozen European films when she made her first English-language movie, John Huston’s 1953 camp drama, Beat the Devil, in which she played Humphrey Bogart’s wife and partner in crime. That film, and the attention she garnered in Fanfan la Tulipe, an Italian-French period comedy released in the United States the same year, were enough to put her on the cover of Time magazine in 1954.

She went on to unqualified American movie stardom, exuding a wholesome lustiness in a handful of high-profile films. She starred in Trapeze (1956) with Burt Lancaster and Tony Curtis; The Hunchback of Notre Dame (1956), as Esmeralda, Quasimodo’s beloved Gypsy beauty; Solomon and Sheba (1959), a biblical epic with Yul Brynner; Come September (1961), a romantic comedy opposite Rock Hudson; and Buona Sera, Mrs. Campbell (1968), a comedy about an unwed mother.

Throughout her career, however, she continued to make many more European films than American ones, starring with the continent’s leading men, including Jean-Paul Belmondo, Marcello Mastroianni, Jean-Louis Trintignant and Yves Montand.

The title of one film, La Donna Più Bella del Mondo (1955), provided her with her Hollywood nickname: the most beautiful woman in the world (giving Elizabeth Taylor some competition). The film, released in the United States as Beautiful but Dangerous, also resulted in her first major acting award, the David di Donatello, Italy’s equivalent of the Oscar. She won the Donatello twice more, for Venere Imperial (1962), tied with Silvana Mangano, and for Buona Sera, Mrs. Campbell, tied with Monica Vitti. 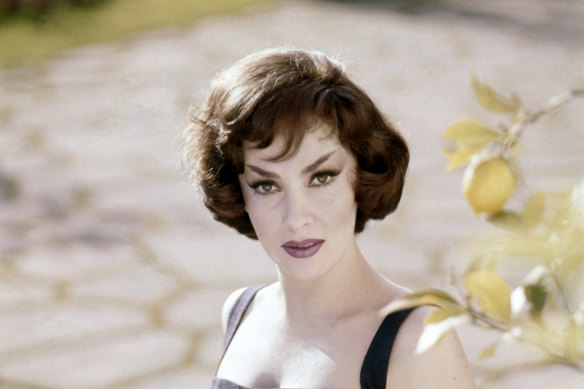 Gina Lollobrigida in the 1950s.Credit:AP

Lollobrigida was always considered more a sex symbol than a serious actress — at least by the American press — but she was also nominated for a BAFTA award as best foreign actress in Pane, Amore e Fantasia (1953).

After two decades in front of the camera, she embarked on a multifaceted second career as artist and filmmaker. She published her first book of photographs, Italia Mia, in 1973. “Believe it or not, she takes good pictures and isn’t just trading on her name,” Gene Thornton of The New York Times wrote.

She wrote, directed and produced Ritratto di Fidel, a documentary based on her exclusive interview with Fidel Castro, the Communist leader of Cuba, shown at the 1975 Berlin Film Festival. She was also a sculptor, and an exhibition of 38 of her bronze pieces was presented at the Pushkin Museum in Moscow, among other venues, in 2003.

Lollobrigida was awarded the French Legion of Honour in 1993. She ran unsuccessfully for the European Parliament in 1999. 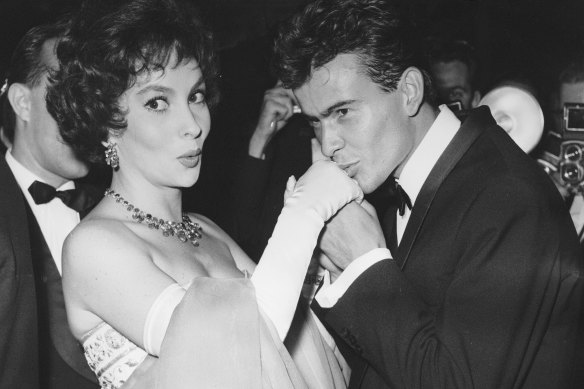 Liugina Lollobrigida was born on July 4, 1927, in Subiaco, Italy, east of Rome. She was one of four daughters of Giovanni Lollobrigida, a furniture maker, and Giuseppina (Mercuri) Lollobrigida. In her teens she studied art, but was discovered by a movie director, Mario Costa, and began appearing in small roles in 1946.

By 1949 she was starring in La Sposa Non Può Attendere (The Bride Can’t Wait). The following year she appeared in Miss Italia, inspired by her real-life experience: She had come in third in the 1947 Miss Italy pageant. (The winner, Lucia Bosé, and the first runner-up, Gianna Maria Canale, also went on to movie careers.)

After her film career wound down in the early 1970s, Lollobrigida appeared on television in Europe and the United States, including episodes of Falcon Crest and an American television movie, Deceptions (1985), in which she played an excitable duchess entertaining in Venice. Her last feature film appearance was in XXL (1997), a French comedy, also starring Gérard Depardieu, about a Jewish family in the garment trade.

She married Milko Skofic, a Yugoslavian-born physician who became her manager, in 1949. The couple separated in 1966 and divorced in 1971. Their son, Milko jr, survives her, along with a grandson. 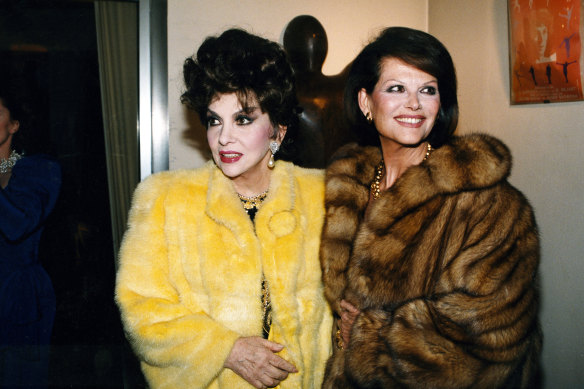 In 2006, she announced plans to marry Javier Rigau y Rafols, a 45-year-old Spanish businessman, but she cancelled the wedding less than two months later, reportedly because of overwhelming press attention.

Lollobrigida was often outspoken in interviews, suggesting in 1969 that women pretended to be stupid in front of men. She claimed to have no beauty secrets and to do no exercise other than dancing, and to have no objections to being seen as a sex object and being told that she had a beautiful body. “Why should I be offended?” she said in a 1995 interview with The New York Times. “It’s not an insult.”

Yet, she had grown philosophical with age. “Success is something that goes up and down,” she said in the same interview. “I was hungry, I was rich, the life changed again, and now I’m not rich, but I still have my mind.”

Inside Kylie Jenner, Travis Scott's Family Night Out With Stormi