Parents’ night out. Prince Harry and Meghan Markle attended a Jack Johnson concert following their return to California — and the couple shared a sweet moment during their date.

The Duke and Duchess of Sussex were spotted on Wednesday, October 5, enjoying their time at the Santa Barbara Bowl. According to photos obtained by TMZ, Harry, 38, and Meghan, 41, were in good spirits in a private section at the packed venue. During the night, the U.K. native wrapped his arm around his wife’s waist while they listened to the soft rock music. 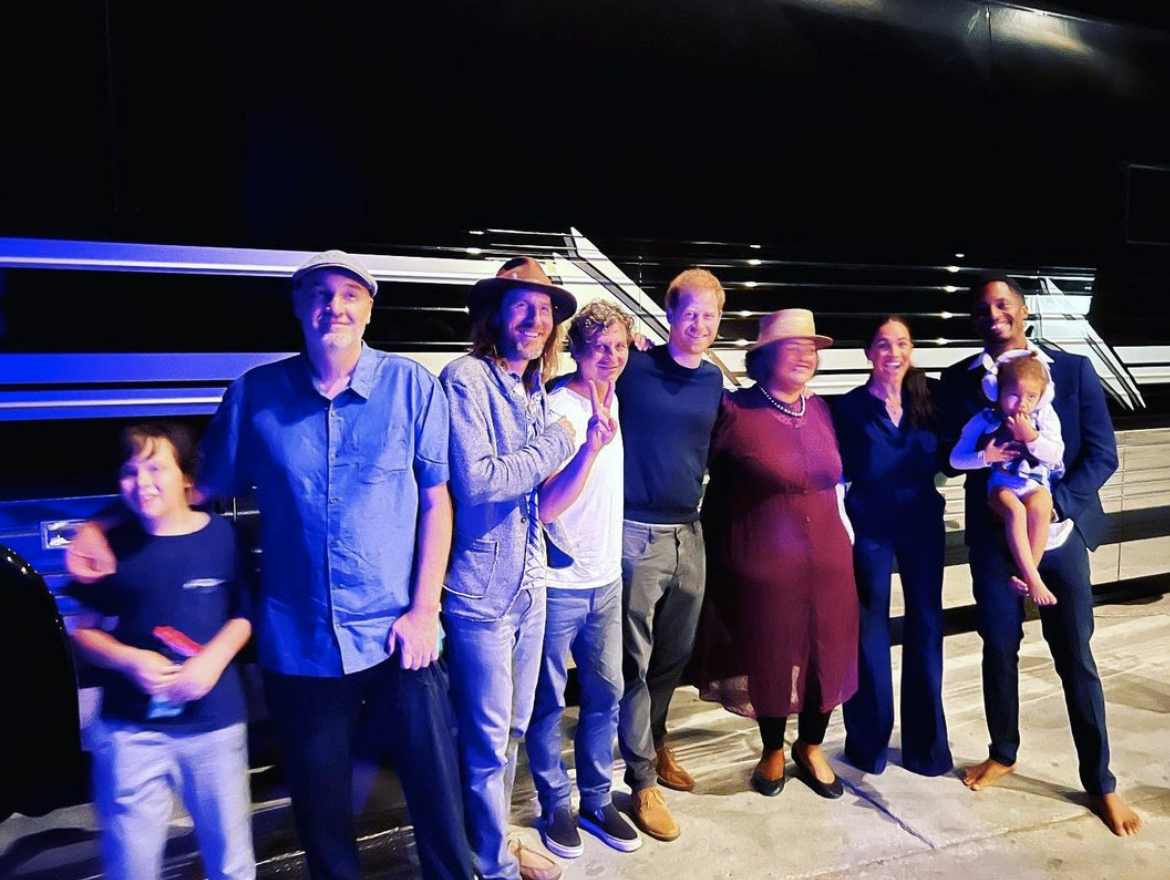 Drummer Adam Topol offered a glimpse at the couple’s appearance on Thursday, October 6, writing via Instagram, “Harry and Meghan in the house!”

Harry and Meghan’s outing comes after the pair flew back to the U.S. last month following Queen Elizabeth II‘s death. The duo, who share son Archie, 3, and daughter, Lilibet, 16 months, joined the royal family in mourning after the late monarch’s death on September 8 at age 96.

During their visit, King Charles III noted during the first address after his ascension that he wished for his youngest son to “continue to build” his life with Meghan in California.

The twosome previously made headlines in 2020 when they announced their plans to step away from their working roles in the royal family. One year later, they confirmed that the decision was made permanent and moved to California ahead of the COVID-19 pandemic.

Harry later reflected on how the decision to move affected his state of mind. “Home for me now is, for the time being, is in the States and it feels that way, as well,” the Invictus Games founder said during an interview with Today in April. “We’ve been welcomed with open arms and have such a great community in Santa Barbara, [California].”

Prince Harry and Meghan Markle’s Royal Drama: Everything to Know

At the time, Harry noted that the transition out of his senior roles came with challenges.

“I don’t know how many people feel truly peaceful, you know? At times, I feel massively at peace,” he admitted. “But with everything that’s going on in the world and trying to help and use the platform … I think the biggest concern or the biggest issue that people wrestle with on a daily basis is the [sense of] helplessness.”

The BetterUp CIO, who exchanged vows with Meghan in 2018, also gushed about his life as a father. “What’s a Wednesday like? It revolves around the kids as much as humanly possible. This whole working from home stuff is not all it’s cracked up to be,” he added. “When your kids and you are in the same place, it’s really hard to separate work from them because they kind of overlap. I mean, Archie spends more time interrupting our Zoom calls than anybody else.”

Harry continued: “There’s so much to be happy about in the outside world, but there’s also so much to worry about. My sort of mantra now every day … is trying to make the world a better place for my kids because otherwise what’s the point of bringing kids into this world?”

Lives to remember: Those we’ve lost to coronavirus