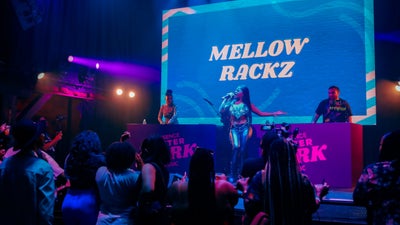 Mellow Rackz, of Young Money Entertainment, claimed the stage and opened the night. “The crowd turned up, and it was lit!” Mellow Rackz shared after her performance. She describes herself as an emerging artist, inspired to support women. “I like in my songs for the girls to feel good. You know, we want all women to feel beautiful, and music is another way to empower ourselves.” 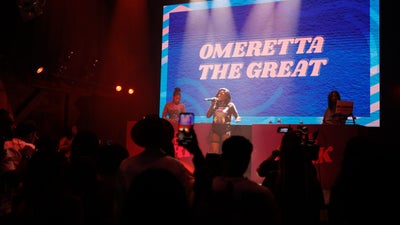 Omeretta the Great did just that and graced the space with a strong presence. Rooted in Atlanta pride, Omeretta calls herself “the hardest.” She said that Hip Hop started from people in the hood telling their stories, and she’s keeping the tradition going. “I feel like that’s a form of therapy for me. Anytime I’m going through something, I’ll pull up a beat and try to get it out the best way I can.” 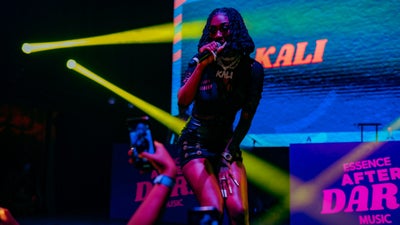 Kali kept the Black girl magic poppin on stage—literally. Fans lit up and chanted her lyrics. She reported being very excited to be at ESSENCE Fest and is manifesting greatness for her growing career. “I see myself being the biggest, the number one, you know. So, I always see that image in my head.” 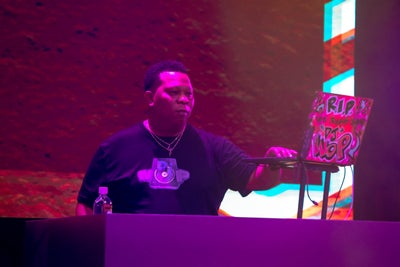 DJ Mannie Fresh hopped in after midnight and surprised the audience with bounce classics. The crowd and performers were in awe. He closed his quick set sharing, “I love y’all. I f*** with y’all the long way, ya heard me?” 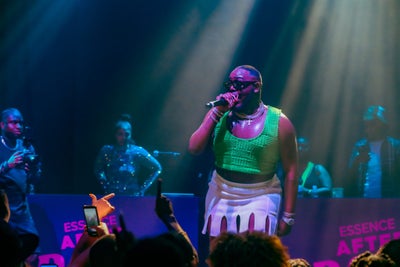 Our favorite Material Gwrol hit the stage, and it was clear who was next up! Saucy Santana said they were feeling saucy and spicy—and did! The dripping commenced, and Saucy brought the gworls on the stage to show what they could do. But there were rules to follow: “no scary or bougie” business. Saucy exited the stage to a long line of VIP guests excited to show love and praise. 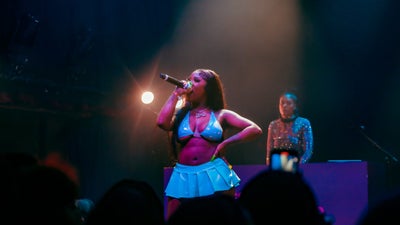 Erica Banks, the flow queen herself, kept it bussin’. Whether an affirmation or a friendly challenge, Erica’s lyrics encouraged everyone to shake. “Are you like that? Are you nasty?” Folks were bent over, bouncin’, and throwin’ it in the air. 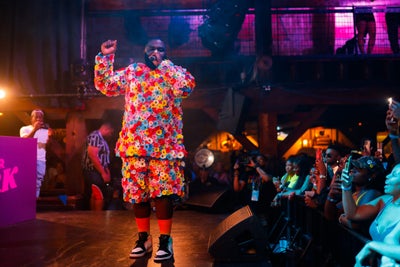 When New Orleans’ own HaSizzle entered to close out the night, the church of twerk rolled on and on and on and on. He yelled, “Give them something to look at,” and it was up from there! The crowd screamed, “Oh Na Na Na,” on cue and if you didn’t Getchu Sum before the doors closed, you missed out.

Check out highlights from the night in the pictures above. For more of everything you missed at the 2022 ESSENCE Festival of Culture, visit our official video content hub HERE.

The 'Grey's Anatomy' Season 16 Finale Could've Killed a Major Character, So What Will Season 17 Bring?