Home » Lifestyle » ‘It’s pointless to think about hiding from the aliens’: Reg Mombassa 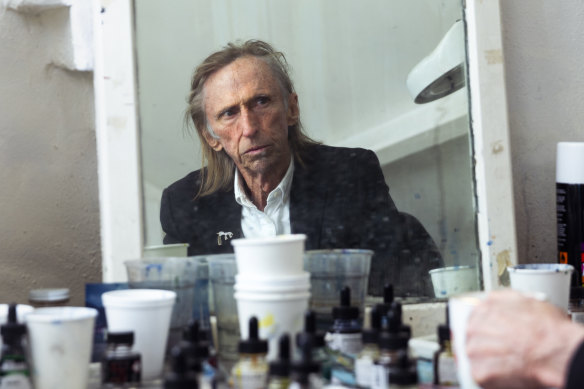 Reg Mombassa at home in his Sydney studio.Credit:Dominic Lorrimer

Some koalas have explosive vests, others semi-automatic rifles. Their cartoon faces are shocked and desperate as they peer from ravaged trees: the trees, unmistakably, of the artist who gave us guitar-dogs and three-eyed bikie Jesus. The landscape has definitely changed in the 50-odd years Reg Mombassa has been painting it.

“I started copying landscape paintings out of art books when I was a teenager,” says the man born Christopher James O’Doherty in Auckland 71 years ago. “I always loved roaming around the bush or the dairy farms because we lived in the outer suburbs or semi-rural areas when I was a kid.”

As Reg Mombassa, guitarist-songwriter with Sydney hitmakers Mental as Anything, he was soon sketching from the van window on endless tours up and down the Hume Highway. By the time his Hills Hoists, telegraph poles, bendy gum trees and brick-and-tile bungalows started gracing Mambo clothing designs, they were already iconic. “I guess just because of all the climate change stuff that’s been going on the last few years the [images] have probably become a little bit more ranting and gloomy,” he says by Zoom from the inner-Sydney family home where he works most days in his attic studio.

“Obviously the suicide belt is a ridiculous and absurd concept with regard to Australian marsupials but … if koalas were a minority race of humans and the majority race was wiping out their habitat and taking their food, they would fight back in some way.” 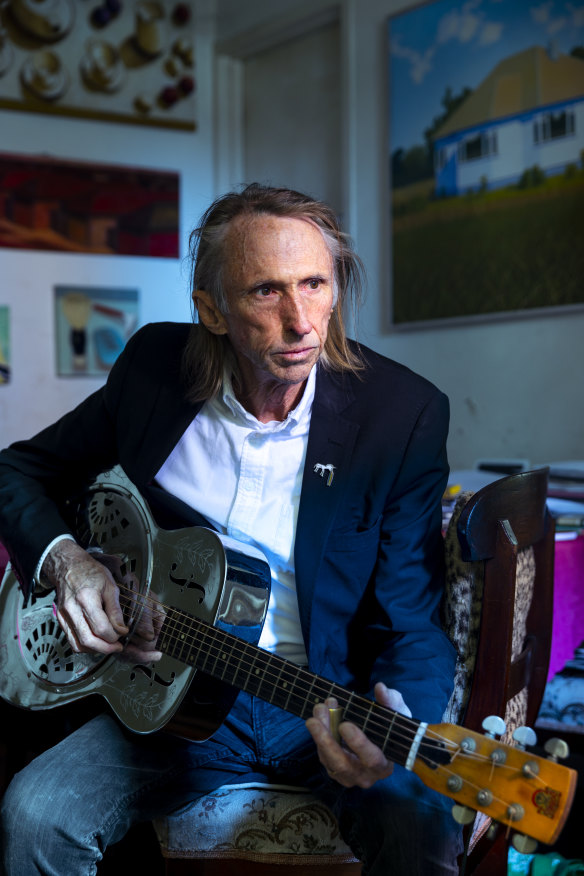 “My wife describes me as a gloomy catastrophist,” says Mombassa.Credit:Dominic Lorrimer

The armed animals are from his most recent solo show last year at Rogue Pop-Up Gallery in Redfern. They cropped up again in Creatures: Losing the War on Nature, a collaboration with lino-print artist Glenno Smith in October.

For the next few months, Mombassa’s oscillating palette will swing from charcoal and paint back to his equally distinctive slide guitar. Dog Trumpet, the band he formed with his younger brother Peter when they left the Mentals in 1999, is preparing to tour a new album called Shadowland.

Also an exhibiting painter of renown, Peter’s songs tend towards the domestic and nostalgic this time around, as illustrated on the inner sleeve by his soft-focus suburban apartment blocks and interiors. By contrast, Mombassa’s half of the album (“Mum told us always to share 50-50”) is rooted in much the same darkly comic headspace as his freedom fighter marsupials, maggot-ridden beasts and spewing robots.

I believe that [aliens] been coming here for thousands of years anyway. They could have wiped us out easily by now if they wanted to.

“There’s cameras everywhere these days,” he says of the title track’s warnings of “nosy parker algorithms” and spying “cyber hives”, the result of his recent reading about surveillance capitalism. Don’t get him started on our obsession with mobile devices and social media, or the nano-drones swarming unseen into our daily lives to eavesdrop and worse.

“Technology is so pervasive and because it goes over my head, a lot of it, you start to feel like you’re living in a previous world and you’re no longer capable of keeping up with what’s going on,” he says. “I think a lot of people probably feel somewhat like that.”

A voracious reader of history and science fact and fiction, he’s concerned about the so-called technological singularity, the looming moment in which rising artificial intelligence outstrips the apparently waning human stuff with potentially catastrophic results. He cites the “dark forest theory” too, in which we’re bound to be snuffed out by patiently monitoring aliens as soon as we appear vaguely threatening. 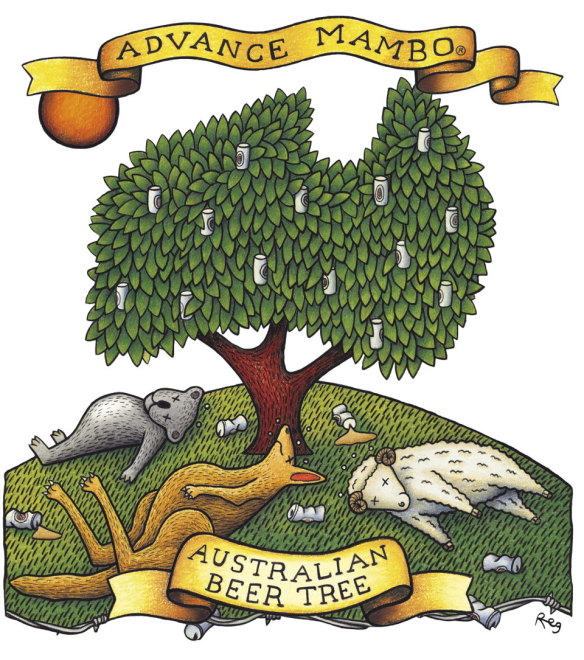 “It’s pointless to think about hiding from the aliens. I believe that they’ve been coming here for thousands of years anyway. They could have wiped us out easily by now if they wanted to. I’m hoping that because their civilisations are so old, they’re wise enough not to be hideously violent anymore.”

Mombassa has often traced his general uneasiness with world affairs to the Cuban Missile Crisis, an event of which he was acutely aware as a youngster due to both parents, Trudy and Jim, having worked in the British armed forces. “Growing up in the fifties you played war, you read war comics, you watched films about war, and you drew pictures of soldiers.”

Hence the combined obsessions that created the lead single from the new Dog Trumpet album: F—ing Idiots queries the lunacy of endless military escalation from the point of view of a bemused extra-terrestrial. It’s a well-worn theme. His Troop Movements in the Ukraine presciently opened an early Mentals album 40 years ago. Graham Nash’s Military Madness makes an occasional appearance at Dog Trumpet gigs today.

“My wife describes me as a gloomy catastrophist, which is probably fairly accurate,” he says with a laugh. “I think that unless we can somehow transform our consciousness away from the hideously violent, competitive, angry, alpha male warrior ideologies, we are probably doomed to deserved extinction.” 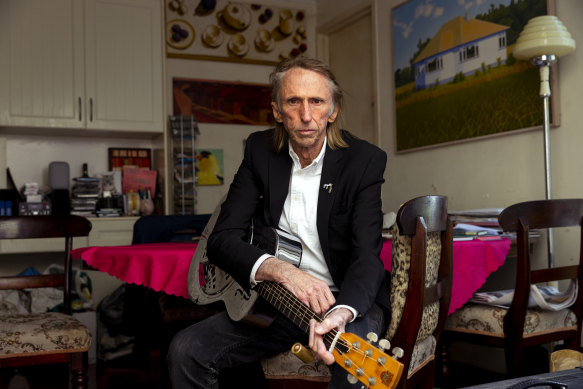 “A gloomy catastrophist”: Mombassa at home in Sydney.Credit:Dominic Lorrimer

His own plan for human salvation, outlined with trademark humour on his website, is Simplisticism: a “global art movement” of which he is the leader and sole member. “Although a woman once did try and join,” he says. “I told her you can’t specifically join because there’s no paperwork.”

“The only rule is, Be Kind. Be kind to yourself, be kind to the animals, be kind to the earth and to other humans. And take your foot off the accelerator too. A bit less violent over-enthusiasm would be a good idea.”

In art and song, there’s still room in Mombassa’s world for the bucolic wonder of his youth roaming the farm country of 1950s New Zealand. Sheep Of the Long White Cloud is a kind of exhalation at the centre of Shadowland, a song of praise to the gifted ovine sculptors that “carve the land as they walk about”. It’s illustrated by a painting of sheep on a deep green ziggurat bathed in divine light.

January will mark 54 years since Chris O’Doherty left New Zealand, “a shambling mess” of drunken disorder according to his biographer Murray Waldron, on a three-day sea voyage to Sydney. He hadn’t finished high school in Auckland, so his studies at the National Art School in East Sydney were complicated and interrupted, but clearly life-changing.

TAKE 7: THE ANSWERS ACCORDING TO REG MOMBASSA

“When the Whitlam government came in, they had a student allowance of $43 a week which was the same as I was getting working as a train loader at Central Station at night. So I thought, ‘Oh, I’ll go back to art school’. I’m really glad I did because that’s where I met the Mentals and I had my first show at Watters Gallery.”

The O’Doherty brothers rejoined Mental As Anything for a couple of anniversary gigs in 2007, and again for their induction into the ARIA Hall of Fame in 2009. But the sad death of sole original touring member Greedy Smith drew a sudden line under that much loved institution just on two years ago. “Only a few weeks before he died … I saw him at a poster exhibition at the National Art School,” his friend remembers. “I used to speak to him reasonably regularly on the phone because we had an interest in similar kinds of books, science and history and stuff like that.

“It was a big shock when Greedy died because he was the one member that I thought would live the longest. He was pretty disciplined. He didn’t party. He wasn’t a heavy drinker or a heavy drug taker … He was probably the most cheerful and positive person I’ve ever met. He was always up, always saw the bright side of life. Probably the complete opposite to me.” 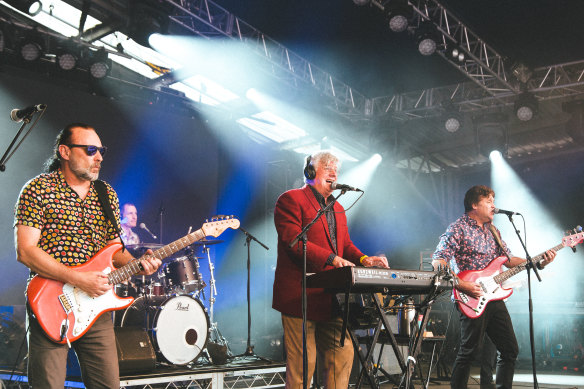 Mental As Anything at the Meredith Music Festival in 2018.Credit:Rick Clifford

Martin Plaza, the Mentals’ other lead singer, has been off the road battling cancer for the best part of a decade. “Greedy kept paying Martin a wage from what they were earning in the Mentals’ touring band,” Mombassa reveals. “I thought that was very generous of him.”

On health matters, following prostate surgery earlier this year, his daughters have been querying how much longer he’ll be able to climb the ladder to his attic studio, he reports. Claudia and Lucy are both artists in their own rights — actor/comedian and painter respectively. Younger son Darcy is “very talented too”, Dad says, making his own hip-hop music and graphic art.

“I’m still a paper and charcoal artist,” he says with a laugh. “What I do is pretty much what a five-year-old can do. It’s just drawing a picture and colouring it in. And I like that. People have approached me about doing non-fungible tokens and I don’t fully understand that. Just the fact that blockchain technology uses so much power, it doesn’t seem like a particularly wise thing to be doing…

“I still feel extremely grateful that I’ve managed to make a living doing the things that I wanted to do, playing music and doing art, because when you’re young, apart from [not knowing] whether you’re going to be able to make a living doing it, you don’t know whether you’re going to find your own voice or have anything interesting to say. I’ve managed to have done that, to some extent, and I’m very happy about that,” he says.

“I’m still astonished by it, actually,” the catastrophist says. “All these things happen accidentally and organically. I mean, the Mentals were an art school band. We just wanted to play at school parties … I did the first thing for Mambo as a side graphic job, and that … had some impact on Australian popular culture. I’m glad I’ve been able to contribute something to that.”

EastEnders spoilers: Sharon and Kat in explosive fight | The Sun