Jason Derulo has a life-size cake of himself made

“Savage Love” singer Jason Derulo let his wild side come out in the lobby of a Vegas casino Tuesday when he allegedly attacked two men, one of whom shouted “f–k you bitch” at him and called him “Usher,” according to video of the incident.

Video seems to show the 32-year-old crooner pouncing on the hecklers at the Aria Resort and Casino while coming off an escalator and passing a group of onlookers who had taken out their phones to capture their brush with the musician on video.

In a clip posted by TMZ, someone in the crowd can be heard shouting, “Ayo, why did you slap him, dawg?” and then a separate voice yells “Hey Usher, f–k you, bitch!” in an apparent reference to another recording artist, Usher.

It was unclear whether the heckler really thought Derulo was Usher or was making a wisecrack about the two music stars’ resemblance — but the profane insult seemed to set Derulo off.

He hopped over a security rope and allegedly punched the man, forcing bodyguards and several other people in the area to try to intervene. 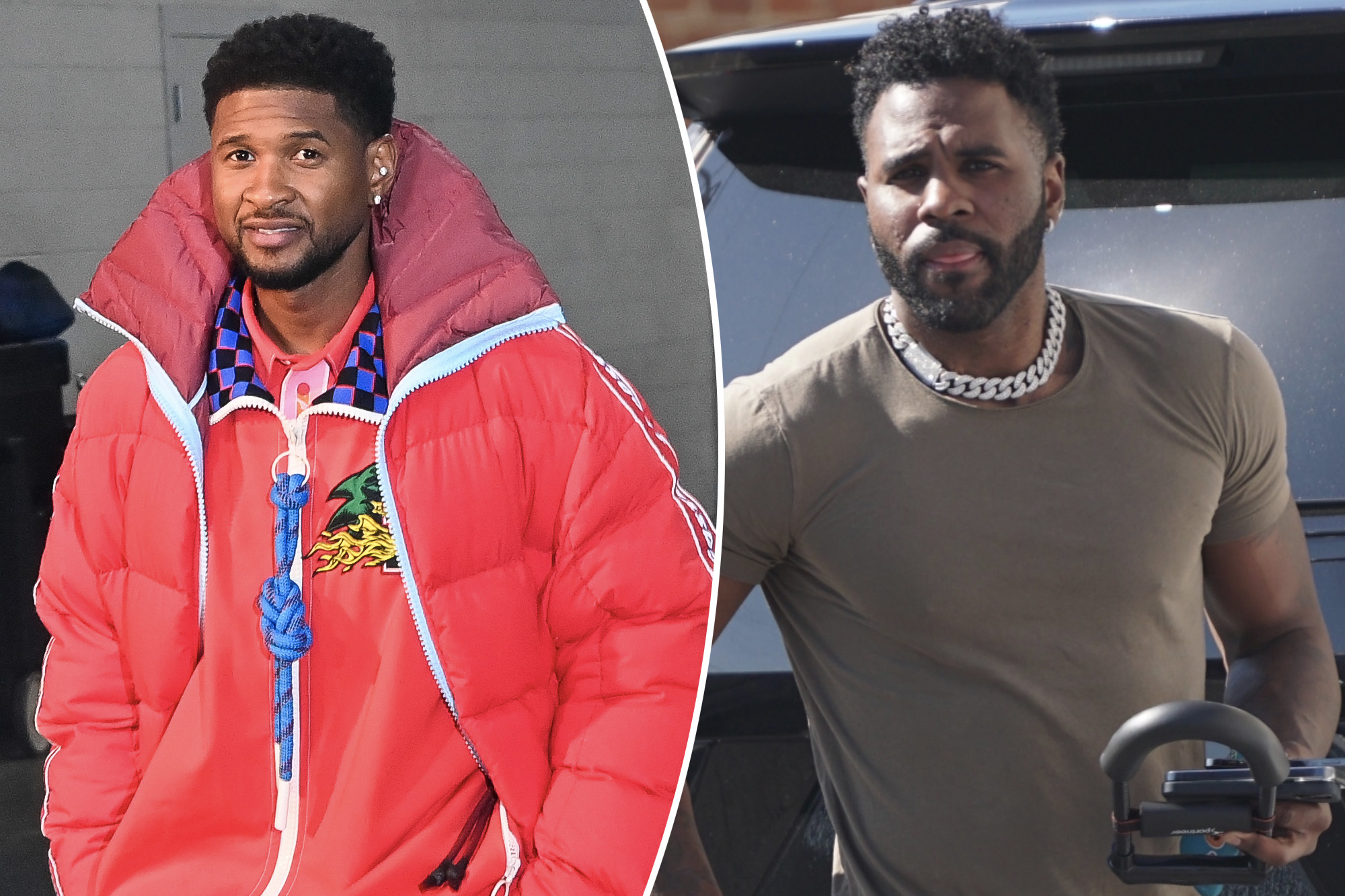 Video appears to show Derulo attacking another man and tussling with him on the ground as more people try to tear them apart.

The man recording the TMZ video shouted, “WTF! Don’t touch my boy!” as he backed away. 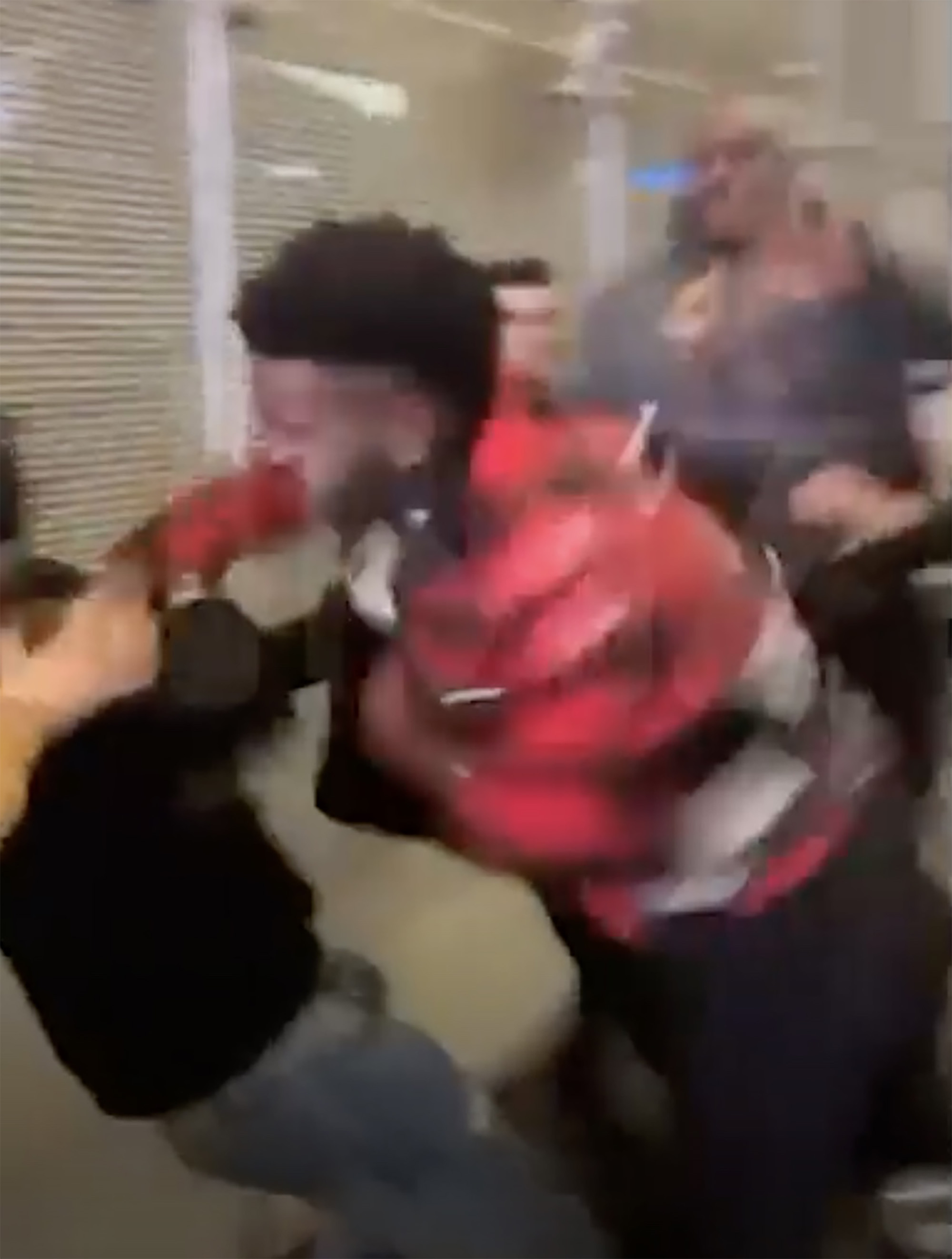 In a separate video posted by social media user @christian_labare8, Derulo appears to be taken away in handcuffs.

The eyewitness, Christian, told Page Six Derulo did not do anything to start the fight.

Although the “Swalla” singer was cuffed, it is unclear if the Las Vegas Metropolitan Police Department issued any charges against him.

LVMPD did not immediately return Page Six’s request for comment. 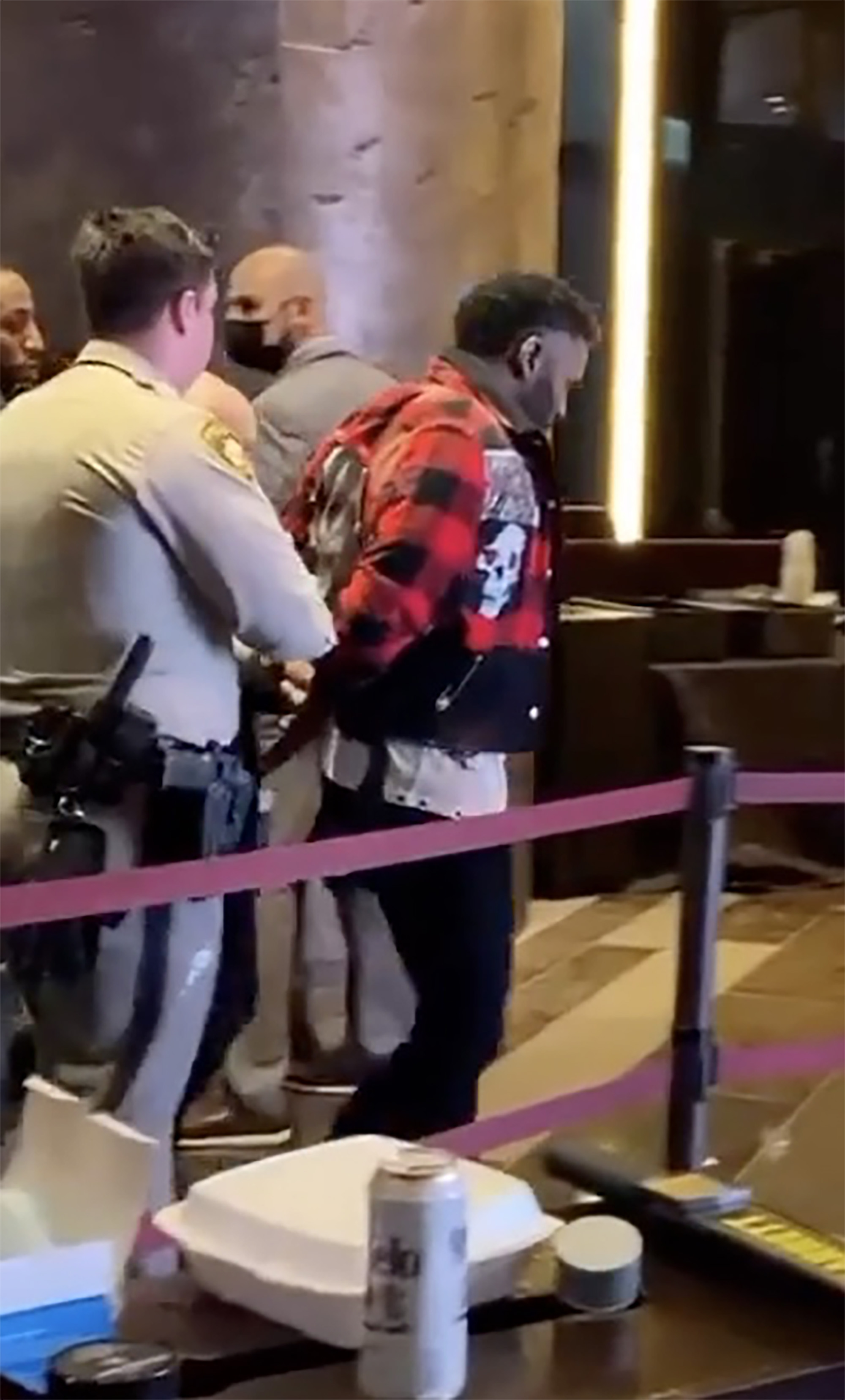 Derulo was removed from the property and issued a no trespassing notice, according to TMZ.

The men who were attacked reportedly suffered facial wounds, but did not require hospitalization, nor pressed charges.

A rep for Derulo did not immediately return Page Six’s request for comment. He has not commented on the incident on social media.

A rep for Aria Resort and Casino declined to comment.

Here’s Why ‘RHONY’ Needs A Serious Shakeup For Next Season