Money-savvy mother, who became frugal influencer after paying off £40,000 of debt, reveals how she’s slashed her £250 spend on Christmas presents to £30 by snapping up second-hand goods

A money-savvy mother-of-two has so far spent just £30 on Christmas gifts, this year opting for second-hand options to reduce waste and budget amid the cost of living crisis.

Maddy Alexander-Grout, 39, has been scouring the best finds for her family since September, and has already snagged FatFace clothes on Facebook Marketplace, scooters for her children at a car boot sale, for just £7 each, among other treats.

The savings guru from from Southampton, Hampshire – who has recovered from £40,000 of debt – now shares her tips with more than 21,100 followers on TikTok, with her clips raking up some 419,100 likes.

Maddy has been going to charity shops twice a week and a car-boot sale twice a month. She’s bought books for her husband, James Alexander-Grout, 41, as well as games, scooters and Paw Patrol presents for her son Ben, seven, and daughter Harriet, three. 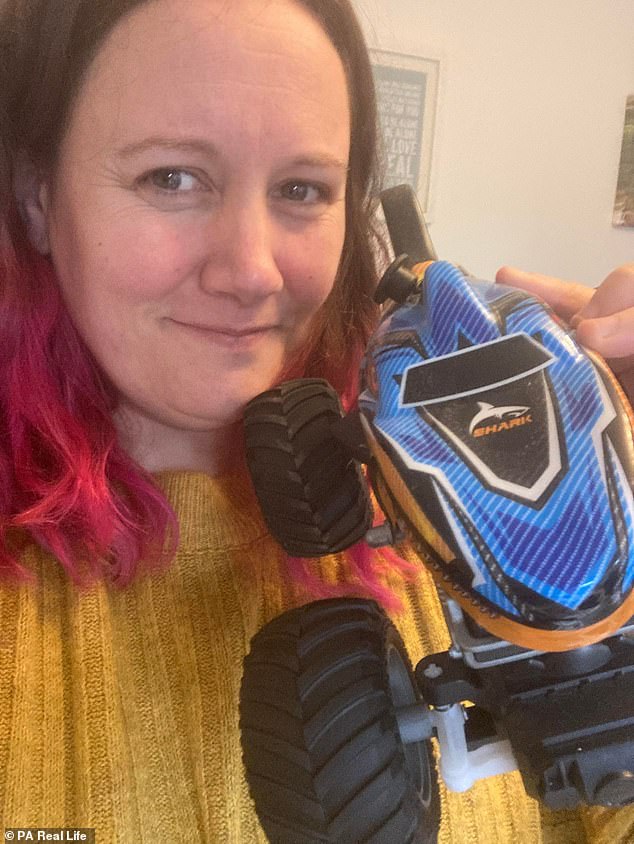 Maddy Alexander-Grout (pictured with a remote control car from a charity shop), 39, has been scouring the best Christmas gift finds for her family since September 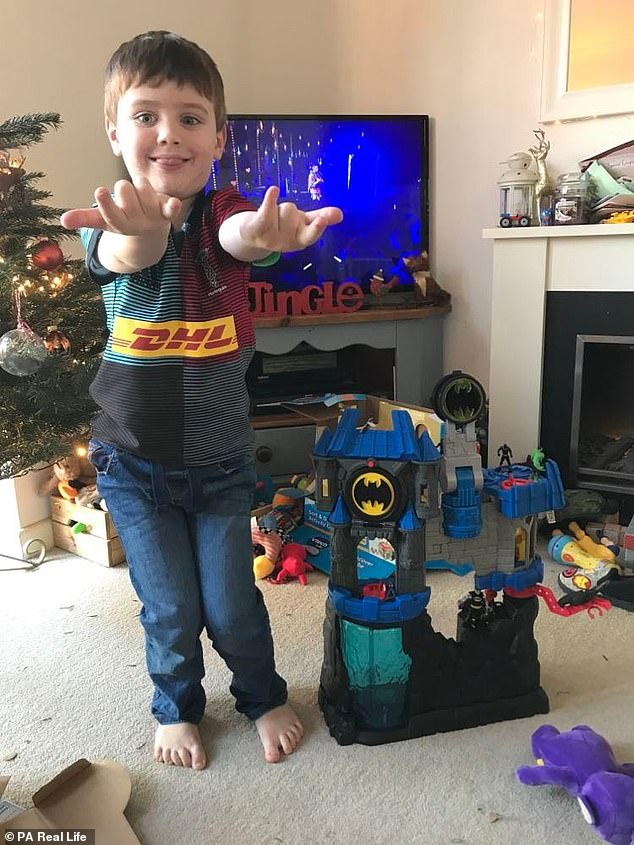 The frugal influencer said she usually spends around £250 on festive gifts, but has this time cut down due to soaring energy bills and increasing prices of amenities.

Maddy added that she may not be feeling the sting of the cost of living as brutally as others because she’s used to having to save, but admits she isn’t ‘immune to energy bills’, which have, along with her childcare, gone up.

The savvy shopper has also sold her unused Christmas presents from last year on Facebook Marketplace and is using Nectar points and vouchers to buy her Christmas dinner.

She is not only taking actions to save some cash, but also to help the environment, using recyclable and reusable wrapping paper and ribbons, and buying second-hand gifts without plastic packaging. 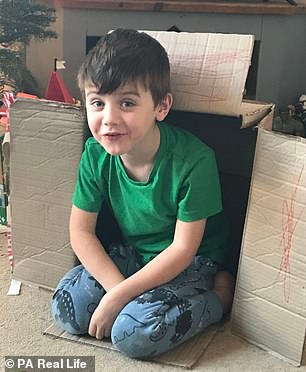 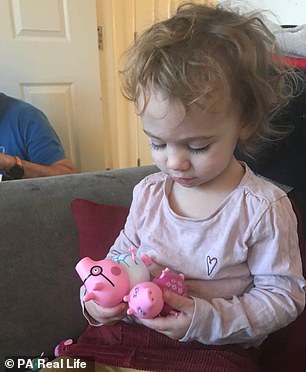 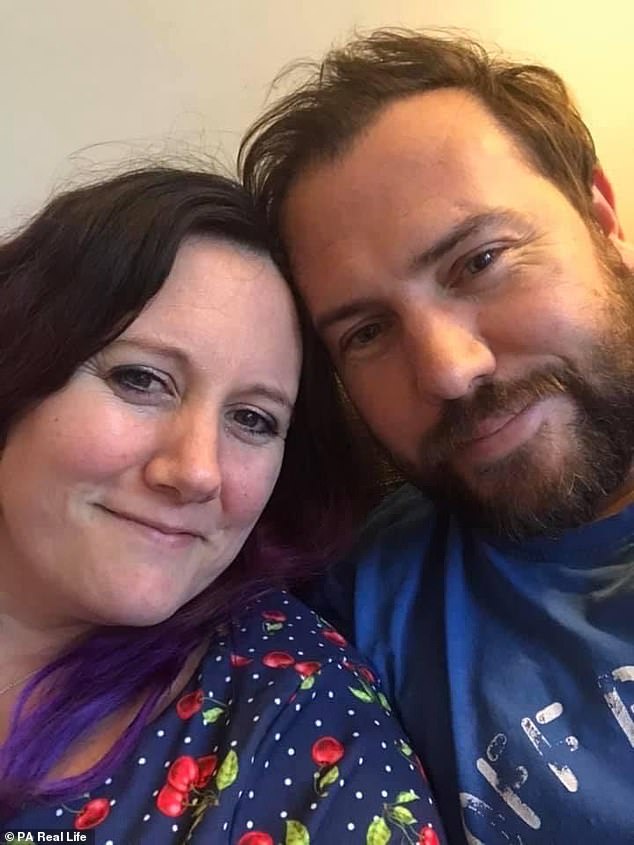 Maddy has bought books for her husband, James Alexander-Grout, 41, sharing that she got three copies for 50p each. Both pictured last Christmas

To keep her children occupied over Christmas, she has also picked up board games as presents, with four games costing just £4, which she knows the children will love.

She also uses eBay to get her kids gifts tailored to their taste.

‘My son has asked me for Pokémon cards, and they’re really easy to get second-hand on eBay. So I’m going to get some of those,’ Maddy explained. ‘My daughter just likes anything Paw Patrol, she would not care if it was in a packet or not.

She joked: ‘I also got three books for my husband, for 50p each, and I can wrap all three of those up separately so it looks like I’ve got him a really good present.’ 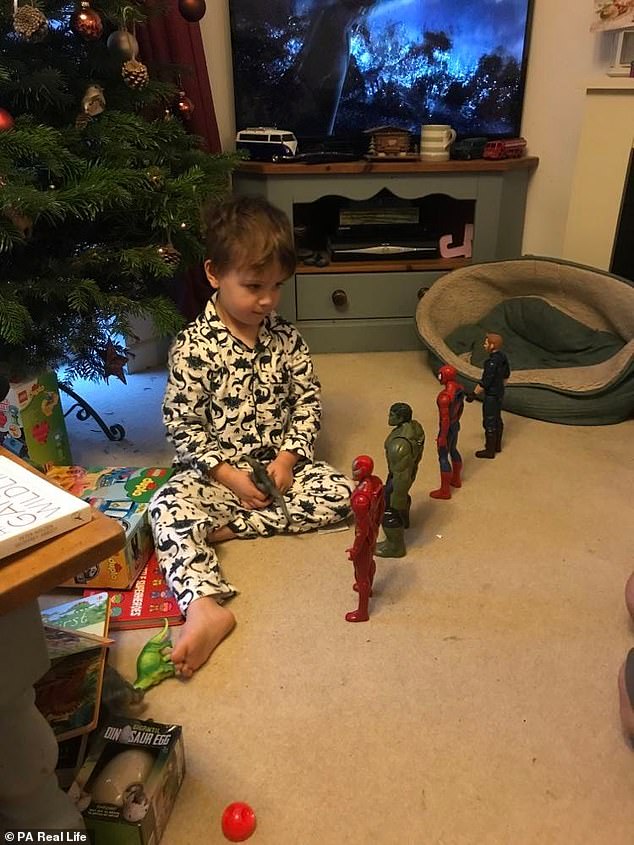 To keep her children occupied over Christmas, she has also picked up board games as presents, with four games costing just £4, which she knows the children will love. Pictured, Ben with second-hand toys

Maddy also believes that her children prefer pre-loved gifts, as it avoids the arguments surrounding batteries and opening packaging on Christmas Day.

‘I don’t think the kids value packaging. In fact, they spent more time whinging about why something won’t open or why it hasn’t got batteries,’ she said. ‘When you buy second-hand, you can just put batteries in and away you go.’

She continued: ‘If you buy new, you have to get scissors, you have to go and cut the packaging open and then it ends up being really messy in the living room. It’s just more waste.’

The mother-of-two also quipped that Father Christmas may be getting her family ‘a few cheap things from the Poundshop’, but she ‘can’t control’ what he buys. 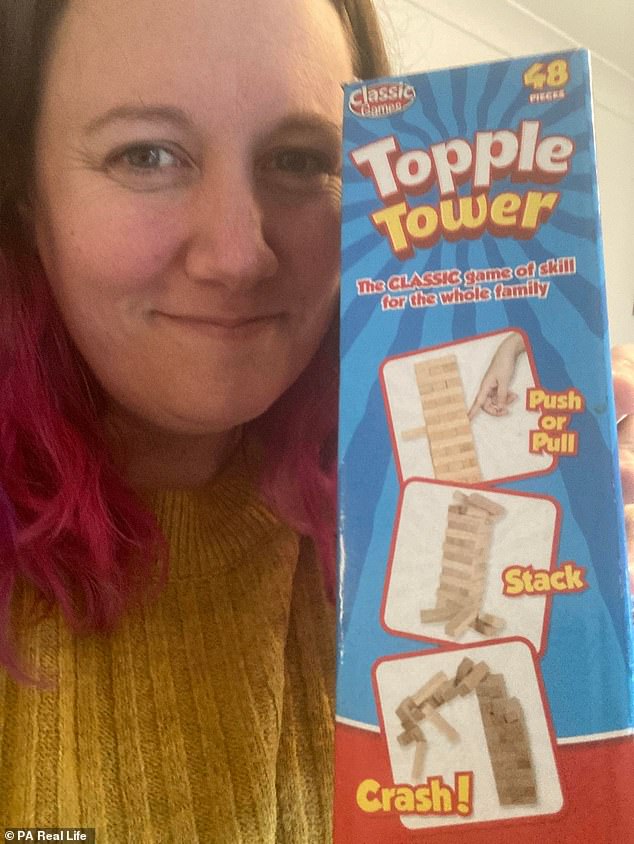 Maddy, who has for the past eight years also been reusing her seasonal decorations, is the chief marketing officer for money-saving and offers website My VIP Rewards.

She is now trying to help others by sharing tips on her TikTok, Mad About Money, which she created in March 2022.

The frugal influencer said she feels ‘people don’t talk about money enough’ and decided to set her platform up after getting herself out of £40,000-worth of debt.

‘It took me six years to pay that off,’ she said. ‘And with the cost-of-living crisis, I just wanted to be able to give something back and help people.’

Maddy joked that she’s ‘trying to give Martin Lewis a run for his money’ and wants to ‘do things in a relatable, nice, human way’.

Over 200 schools and colleges had problems getting access to tests