Home » Lifestyle » PETER HITCHENS: Unless we fix schools you could stay until age of 80

PETER HITCHENS: Unless we fix schools you could stay until the age of 80 and still not be able to count

For more than a century now, well-meaning people have clung to the idea that the longer we all stay at school, the better educated we will be. Up and up goes the school leaving age. Yet since it rose to 16 in 1972 (it’s now 18 in England, and who knows if it will ever stop rising?) there has been no sign that the country is any cleverer. The growing numbers of exclusions and special schools tell us that many children actively hate being made to stay in classrooms where they learn little and live in fear of bullies and chaos.

In many cases, the most unhappy are those who never properly learned to read or count, and now flounder in classes where many teachers are not that good at such things either. So Prime Minister Rishi Sunak’s idea of forcing everyone in England to carry on studying maths till they are old enough to vote is daft. It just shows that, like so many in politics, he has very little idea of what is going on in the country he governs.

I was incredibly lucky in my early schooling. My mother taught me to read before I went near any school. I can still remember the moment I cracked it, and the first words I read, which were ‘They meant well’. From that vivid memory, I can deduce that she used the simple, effective method now known pretentiously as ‘synthetic phonics’. This is hated by progressive teachers because it is ‘authoritarian’. But it works on everyone.

And of course the same goes for the proper teaching of maths. My early teachers made me chant my times tables, and my weights and measures. Privileged private schools and village primaries alike used the same unfailing technique. 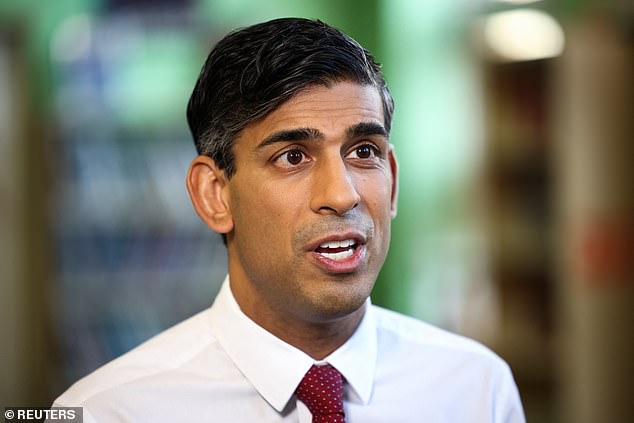 PETER HITCHENS: Prime Minister Rishi Sunak’s idea of forcing everyone in England to carry on studying maths till they are old enough to vote is daft. It just shows that, like so many in politics, he has very little idea of what is going on in the country he governs 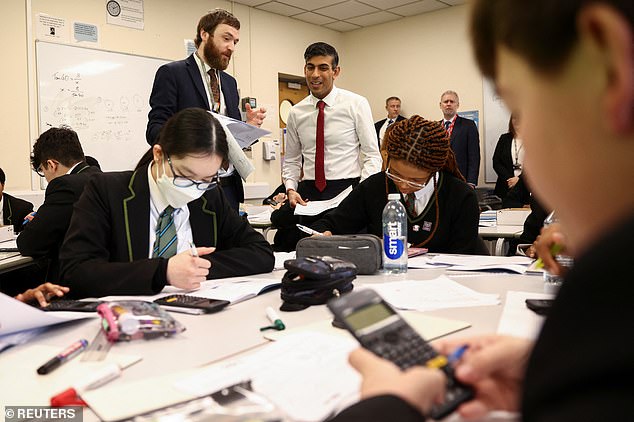 Laurie Lee, in Cider With Rosie, recalled how ‘unhearing, unquestioning, we rocked to our chanting, hammering the gold nails home’ in his Gloucestershire village school just after the First World War.

In the same way, we did endless sums, until we could get them right in our sleep. It was dull, but the more you did it, the better you were at it, so I don’t think any of us minded. It didn’t require any special aptitude. Properly taught, we could all learn it, and we did. And we had that wonderful advantage, a proper grown-up coinage and measures instead of the crude toe-counting metric and decimal systems we are reduced to now. Every day required us to perform miracles of mental arithmetic, just to buy a quarter of toffees. Thanks to this foundation, I managed to get a respectable O-level in elementary mathematics, probably not far off a maths degree from the University of Skegness nowadays.

Then along came the progressives. Having already begun to wreck the teaching of reading and history, they turned their attention in the 1960s to destroying maths teaching as well. 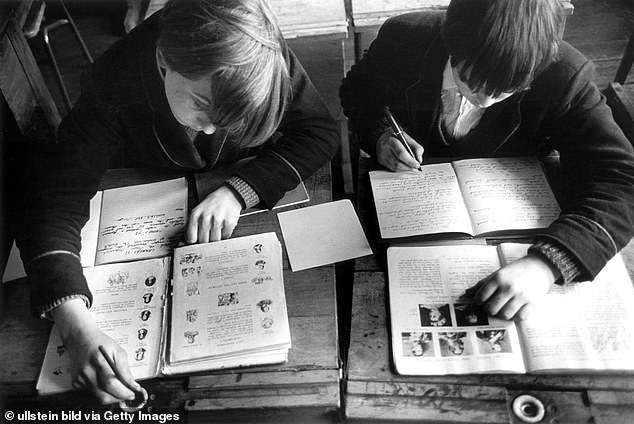 Pictured: Pupils in a secondary school in Battersea, London in 1967 (file photo)

The notorious liberal Plowden Report of 1967 burbled of attempts made by teachers to ‘make arithmetic more practical and more interesting’ – which meant more useless. Plowden sneered at ‘the limited value of processes learnt by rote’, the dismissive term used by progressives for what wise people more accurately call learning by heart. It admitted that this reform had not been easy and recounted that ‘it was not until a mathematical, rather than a purely arithmetical, approach began to be made, that the whole subject began to take on a new look’.

Indeed it did. I recall the arrival of this new look stuff, then called Nuffield Maths and bearing lots of brightly coloured booklets, in my Devon school, fortunately just too late to wreck my education. It seemed to me then, as it does now, that small children want and need to know that seven nines are 63, but couldn’t care less why this is so, and are most unlikely ever to require such knowledge.

Winchester College is a great school, and I can’t myself work out how the Prime Minister managed to spend five years there without discovering that quantity is not the same as quality.

If we fixed the schools, most of us would be numerate by the age of eight. If we don’t fix them, and I see no sign that anyone wants to, then you could stay at school till you were 80, and still not know how to read, write or count.

How to get five months of Apple Music for free