Home » Lifestyle » Prince George told mate: 'My father is king so you better watch out'

Prince George, nine, told classmates ‘my father will be King so you better watch out’ in cheeky exchange and understands that one day he’ll take the throne, bombshell royal book claims

He might only be nine, but Prince George knows exactly who he is and had a royally cheeky comeback for a classmate who crossed him, a royal expert has claimed.

The eldest son of Prince William and Kate Middleton, 40, told his schoolmate that his father was King and that’d ‘better watch out’, according to royal author Katie Nicholl.

In her book The New Royals, Nicholl claimed George and his siblings, Princess Charlotte, seven, and Prince Louis, four, were being raised with an understanding of the Monarchy and a ‘sense of duty’.

She added that while George has been told he will one day be Monarch, the Prince and Princess of Wales are trying not to weigh him down with too much responsibilities too soon. 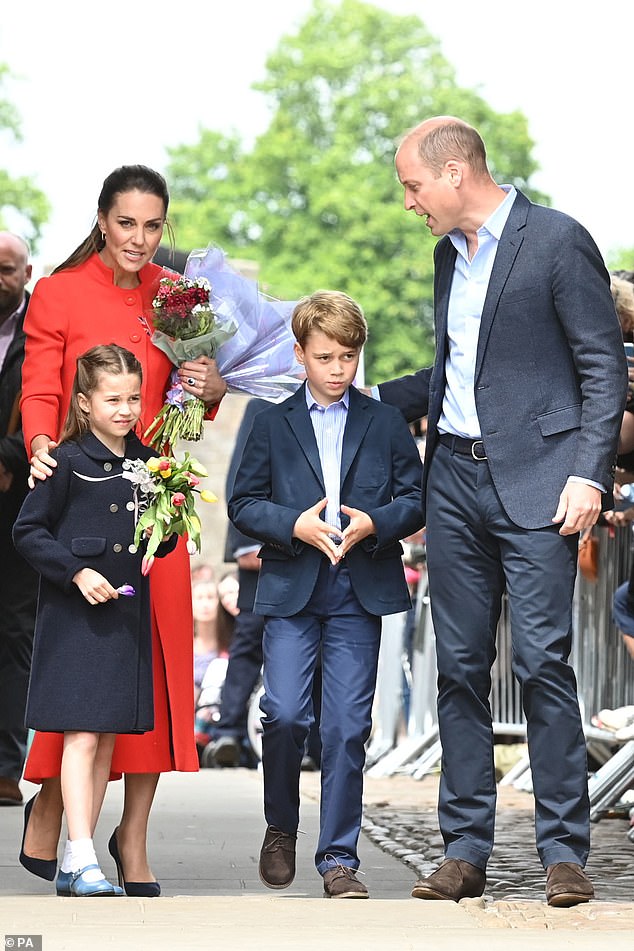 The eldest son of Prince William and Kate Middleton, 40, told his schoolmate that his father was King and that’d ‘better watch out’, Vanity Fair royal correspondent and author Katie Nicholl revealed 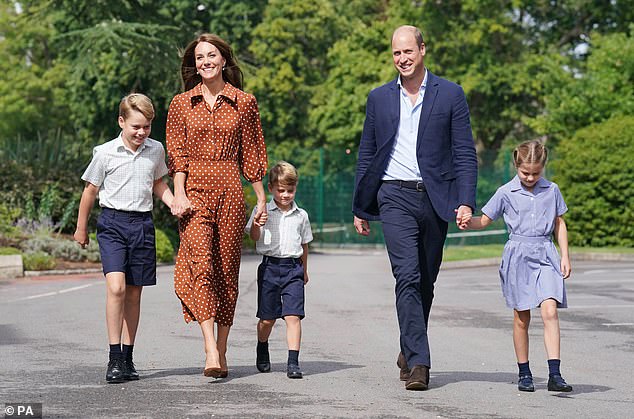 ‘They are raising their children, particularly Prince George, with an awareness of who he is and the role he will inherit, but they are keen not to weigh them down with a sense of duty,’ Nicholl wrote.

‘George understands he will one day be king and as a little boy sparred with friends at school, outdoing his peers with the killer line: “My dad will be king so you better watch out”.’

In her book, Katie also claimed that Kate Middleton admires the parenting techniques used by Prince Edward and the Countess of Wessex, who share children Lady Louise Windsor, 18, and James, Viscount Severn, 14.

Despite their parents being working royals, the children, who are the youngest grandchildren of Queen Elizabeth II and Prince Philip, grew up without HRH titles and out of the public eye. 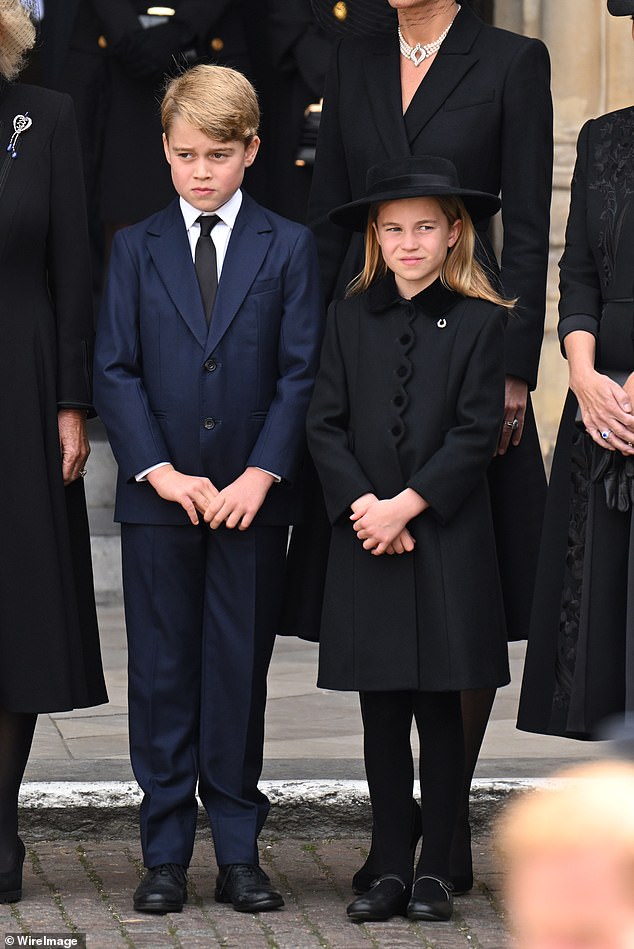 The children of the Prince and Princess of Wales are being raised with a ‘sense of duty’ and an understand of who their family is, Katie Nicholl claimed. Pictured at the Queen’s State Funeral on September 19

Nicholl claimed Kate, 40, admired how Prince Edward and Sophie Wessex managed to give their children a quiet upbringing despite being at the heart of the Royal Family.

Last year, a new chapter of his updated book Battle of Brothers by royal author Robert Lacey told how William and Kate wanted to broach the subject of George’s future role at a ‘controlled moment of their choice’.

He claimed the couple told Prince George about his future role as King of England ‘sometime around his seventh birthday.’

‘William has not revealed to the world how and when he broke the big news to his son. 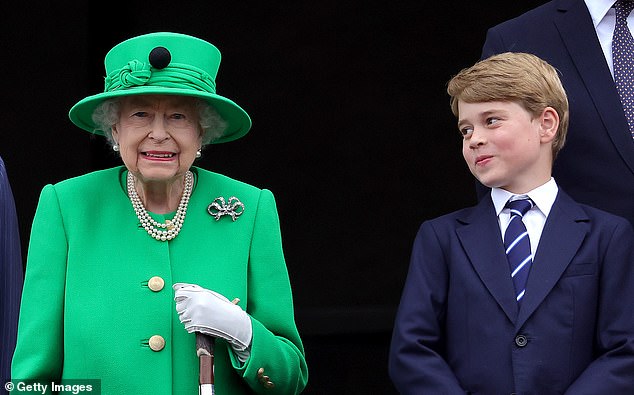 George, pictured with his great-grandmother the Queen on June 5, knows he will be king one day

‘Maybe one day George will tell us the story himself. But sometime around the boy’s seventh birthday in the summer of 2020 it is thought that his parents went into more detail about what the little prince’s life of future royal “service and duty” would particularly involve,’ he wrote.

‘William’s aim as a father, the prince stressed, was to give his son “a normal family upbringing”, enabling the monarchy “to stay relevant and keep up with modern times”.’

He added that the couple’s decision to sit their firstborn down and speak frankly at a moment of their choosing reflected ‘William’s unhappiness at the haphazard fashion in which the whole business of his royal destiny had buzzed around his head from the start’.

If the conversation did indeed take place around his seventh birthday, it means Prince George did not know he was a future king when he posed in the ‘Four Monarchs’ photograph of December 2019 alongside the Queen, 95, his father William and grandfather Prince Charles, 72.