Eight months after a campaign by the Property Council drove the Andrews government to shelve a plan to pay for affordable housing through a levy on developers, the lobby group is calling for more low-cost homes – and might agree to foot some of the bill.

“Our sector is very open to having another conversation about a contribution scheme,” Cath Evans, the council’s interim Victorian executive director, said on Tuesday. 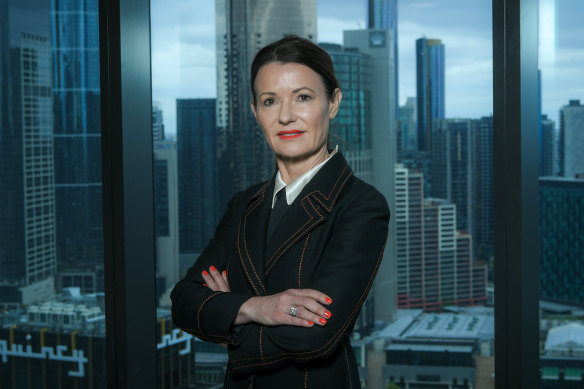 In February, Premier Daniel Andrews dropped a major housing policy, the Social and Affordable Housing Contribution, after accusing Danni Hunter, the chief executive of the council’s Victorian branch at the time, of not honouring an agreement to support it.

The scheme would have forced developers to hand over 1.75 per cent of the expected value of all newly built major developments, making about $800 million annually to pay for an extra 1700 social and affordable homes.

In exchange, the industry was offered reduced red tape to speed up planning approvals and boost profits. Hunter labelled the contribution scheme “a tax by another name”.

Five days after announcing the policy, which had taken years to formulate, Andrews announced that it would, in effect, be ditched. He said at the time: “I am not in the business of creating super profits for developers if they are unwilling to support sharing those profits.”

On Tuesday, as part of its election platform, the Property Council called for cuts in red tape, incentives for private developers to create more affordable housing units across Victoria, and advocated a scheme where developers could potentially contribute to the costs.

“The detail in relation to what that would look like has not been considered at length yet by the Property Council and its members,” Evans said.

Evans rejected the suggestion of a contribution scheme was a backflip.

“Not at all,” she said. “The Property Council and its members are certainly very engaged on working with government in a collaborative way to achieve the best outcomes for the Victorian community.

“There is a strong desire by the Property Council members for the establishment of a Victorian housing supply and affordability council.

“If such a council was established, it would have participants from across the sector and issues like a contribution scheme would be designed and debated through that process.”

The Property Council’s election platform highlights a “generational housing affordability crisis” which it said has been driven by higher house prices, lower levels of new housing supply and an increasingly difficult policy and regulatory environment.

“Increasing the supply of social and affordable housing would be made easier if housing affordability were under control,” it said. 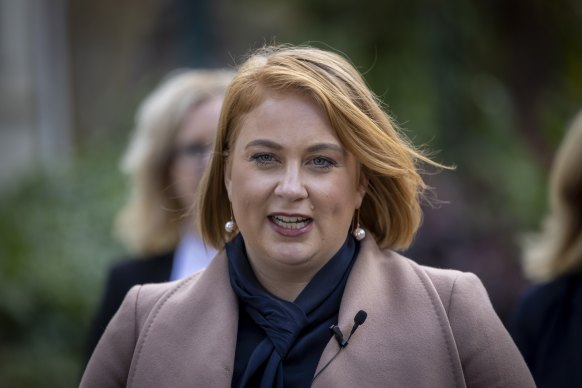 “Consider how a contribution scheme, aligned with the broader objectives of the property sector, could operate in the context of wider planning and taxation reform.”

Evans said she did not know what had happened in the negotiations between the government and the council as she was not at the lobby group at the time. She would not comment on whether the group would now agree to a 1.75 per cent rate.

But a reduction in red tape and approval processes being sped up should not be dependent on agreeing to a contributions scheme, she said.

“We think that needs to happen in any event, they’re not one thing tied to the other,” she said. “We should have a fast and efficient and planning process.”

“One of the ways we can achieve this is by cutting red tape and streamlining the planning approvals process,” he said.

“The private sector can deliver affordable housing more efficiently and cheaper than government is able to.

“We should be incentivising the private sector to help government rollout the affordable housing that’s needed right across Victoria.”

The government was focused on delivering its $5.3 billion social-housing project, Big Housing Build, a spokesperson said.

“We have passed the halfway milestone on this historic project,” the spokesperson said.

“More than 6300 homes have been completed or are underway, with more than $2.8 billion of investment funds poured into new and secure homes and about 1600 Victorians having moved into or getting ready to move into their new homes.”