Households and businesses were overcharged $10 billion on their electricity bills between 2014 and 2021 by the Australia Energy Regulator, according to a new report that argues network companies were permitted to reap profits 67 per cent higher than the “normal” during that period.

Network charges are set by the Australian Energy Regulator in consultation with the companies that build and maintain poles and wires and electricity transmission lines. Under the market rules, these companies are allowed to pass on these costs to consumers in their power bills and generate a financial return. 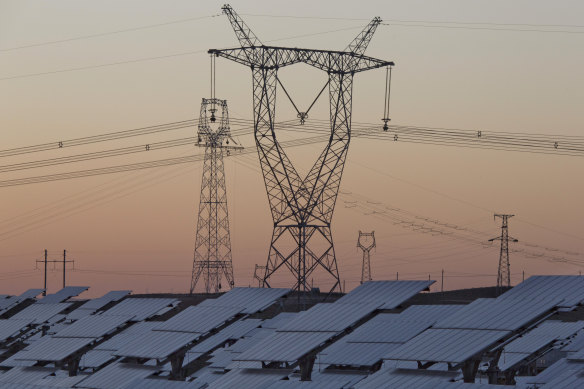 According to a report by energy expert Simon Orme for the Institute of Energy Economics and Financial Analysis, the justifiable “normal” level of profit from the investment was about $15 billion between 2014 and 2021.

But the regulator ultimately approved charges to customers that allowed the networks to generate a $25 billion profit.

These profits were recouped from electricity bills via network charges, which typically make up about half a household bill.

The report calculated that energy consumers in the eastern states’ National Electricity Market paid around $1.2 billion more than necessary each year over the last eight years.

“Australia’s energy customers have been spinning golden silk for network providers for nearly a decade. They can’t be expected to fund super-profits any longer. The extra burden must be removed,” he said.

Orme called for state and federal governments to set up an independent inquiry into the economic regulation of electricity networks.

“If this situation is not improved, energy consumers will continue to pay more than required for electricity distribution and transmission network services … increasing the cost of the energy transition and deterring investment in low carbon generation,” he said.

The Australian Energy Regulator chair Clare Savage said she was disappointed her organisation had not been given enough time to review the report before it was published. She disputed its claims, arguing the regulatory framework is designed to reward network companies if they deliver benefits to customers or operate at a lower cost than expected.

Electricity prices are a contentious issue for state and federal governments, which are all investing in multibillion-dollar clean energy schemes to expand the network, bring in more renewable energy and phase out fossil fuels.

Meanwhile, an international ban on Russian energy exports has raised the price of coal and gas, which in turn is pushing up the cost of electricity generation around the world.

Australian power bills are expected to rise into the foreseeable future, piling pressure on governments to intervene in the market and lower the cost for households and businesses.

Khloe Kardashian: Why I'm Less Active on Social Media Over the Holidays

Cognitively impaired admitting to crimes they say they didn’t commit

Piers Morgan giggles as he smokes cannabis with Mike Tyson: ‘When in Rome…’