The Australian economy is facing a sharp slowdown that could drive up unemployment next year, with growing fears the Reserve Bank may lift interest rates too high too quickly on heavily indebted home buyers as it fights to bring inflation under control.

Ahead of an expected sharp increase in America’s official interest rates by the Federal Reserve on Thursday (AEST) that some analysts believe could drive the world’s largest economy into recession, Australian experts now think there is a chance the local economy could contract during a quarter in 2023. 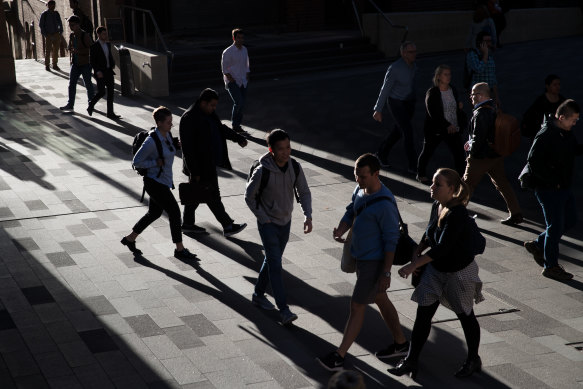 Higher interest rates could hit the nation’s jobs market and the broader economy next year.Credit:Janie Barrett

In his July update to key budget forecasts, Treasurer Jim Chalmers revealed the economy is expected to expand by 3 per cent this financial year and then by a modest 2 per cent in 2023-24. Both forecasts were half a percentage point lower than had been expected in the March budget.

Since then, the Reserve Bank has lifted official interest rates by a full percentage point while other central banks have also tightened their monetary policy settings. Treasury believes unemployment, currently 3.5 per cent, will gradually drift up to 4 per cent.

But AMP senior economist Diana Mousina said there was now a real risk the Reserve Bank could be forced into cutting interest rates next year to support an economy weakened by its aggressive increases in rates through 2022.

She said the run-up in interest rates over recent months would have a major impact on Australian consumers who account for about 60 per cent of the nation’s economic activity.

Mousina said up to 93 per cent of mortgages – covering people with variable rates or those whose fixed rate loans are due to expire in the next 24 months – were considered “vulnerable” to financial strain. By contrast, just 55 per cent in New Zealand, 42 per cent in Britain and one per cent in the United States were in a similar situation.

These vulnerable households were likely to reduce spending as interest rate rises bite.

“The impact of interest rate rises will hit consumers harder in Australia compared to some of our global peers,” she said.

“The risk is that the RBA is not giving itself enough time to see the impacts of rate rises done so far, so the cash rate could overshoot in the short term, although this could mean that rates eventually
have to be cut by more if the RBA makes a policy mistake.”

Nomura research analyst Andrew Ticehurst, who is expecting the Reserve Bank to lift interest rates by another half percentage point in October on its way to a 3.5 per cent cash rate in early 2023, believes the country will suffer a recession.

“We have become more confident in our above-consensus RBA rate hike forecasts and our forecast that Australia will slide into recession in 2023,” he said.

Commonwealth Bank head of Australian economics Gareth Aird, who is tipping economic growth to slip to 1.5 per cent by the end of next year, says there is a risk of the economy contracting due to the slowdown in household spending.

“A quarterly contraction in economic activity in 2023 is a distinct possibility though recession is not our base case; it can be avoided provided the RBA does not make monetary policy too restrictive,” he said.

On Wednesday, Westpac’s leading index – which tracks economic activity three to nine months into future – turned negative after showing strong growth for most of the year.

The index has been affected by the aggressive increase in interest rates, a sharp fall in commodity prices which have slipped 20 per cent in the past three months, moderate increases in working hours and a slowdown in American industrial production.

“We expect growth to slow further in 2023, with a gain of just one percent over the full calendar year,” he said.

“The current loss of momentum reflects a combination of policy tightening, a less supportive global backdrop and a cooling labour market.” 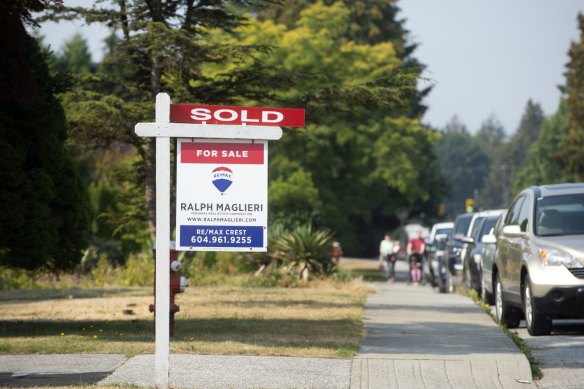 Canada’s housing market, like Australia’s, has experienced a huge pandemic run-up but is now slowing in response to higher interest rates.Credit:Bloomberg

A key indicator is Canada which has a similar economic profile to Australia.

Oxford Economics overnight revealed it now expects Canada’s economy to contract by 1.8 percent between the December quarter of this year and the June quarter of 2023.

Director of Canada economics for Oxford, Tony Stillo, said the large lift in Canada’s official interest rates, which have climbed 3 percentage points to 3.25 per cent, were now hurting the economy.

“Additionally, reduced real income due to stubbornly elevated inflation will further squeeze households and prompt cuts to discretionary spending and a period of deleveraging.”

Bronx carjacker critically injured after driver rams him into pole

Who was Ann Reinking and what was her cause of death?

Hailey Baldwin & Justin Bieber: Why Her Friends ‘Would Love’ To See Them Date Again