Putting the mess in “Pretty Mess.”

Erika Jayne revealed on Wednesday night’s episode of “The Real Housewives of Beverly Hills” that she “blacked out” after a drunken display at co-star Diana Jenkins’ holiday party.

“Our girl was s–t-faced. I mean, you were slurring your words. Did you black out when you got home?” Lisa Rinna asked Jayne, 51, during a casual get-together with the singer and her creative director Mikey Minden.

“Yeah,” Jayne admitted, adding that she also “hit [her] head” and “vomited” later that night.

“The holidays are hard for everybody,” she lamented in a confessional. “And they were particularly hard for me this year because you have great memories of your family and the holidays before in the past and when things were loving and great.”

After filing for divorce from estranged husband Tom Girardi, 83, in November 2020, Jayne noted that the holiday season now feels “desolate” — especially as she faced (and continues to face) mounting legal and financial woes.

“I don’t want to be in a sad, depressing place,” she stated, justifying her increased alcohol intake. “I want to have a good time, I want to feel good, I want to have fun, and so, yeah, you know what? I overdid it.”

Rinna, 59, explained that Jayne’s use of antidepressants could be exacerbating the effects of alcohol.

“With the antidepressants, what happens is one drink is five times as stronger, maybe more,” the Rinna Beauty CEO claimed.

Jayne admitted that she finds it hard to say no.

“It’s hard to regulate and say, ‘Because of the medication I’m on, I absolutely cannot touch this,’” she said.

Rinna noted that Jayne was “out of control” at Jenkins’ Christmas-themed fête, while Minden, 37, reiterated that his boss’ meds were “not mixing” well with alcohol.

“Mikey is family to Erika, and I’m probably the closest to Erika, so Erika’s in a place where she needs to hear what the two of us have to say,” Rinna said in a confessional. “Period, end of story.”

Jayne agreed with Rinna that she can no longer “cross that line” as it is “reckless.”

“The truth is I could have hurt myself,” she acknowledged. “It just can’t happen like that.” 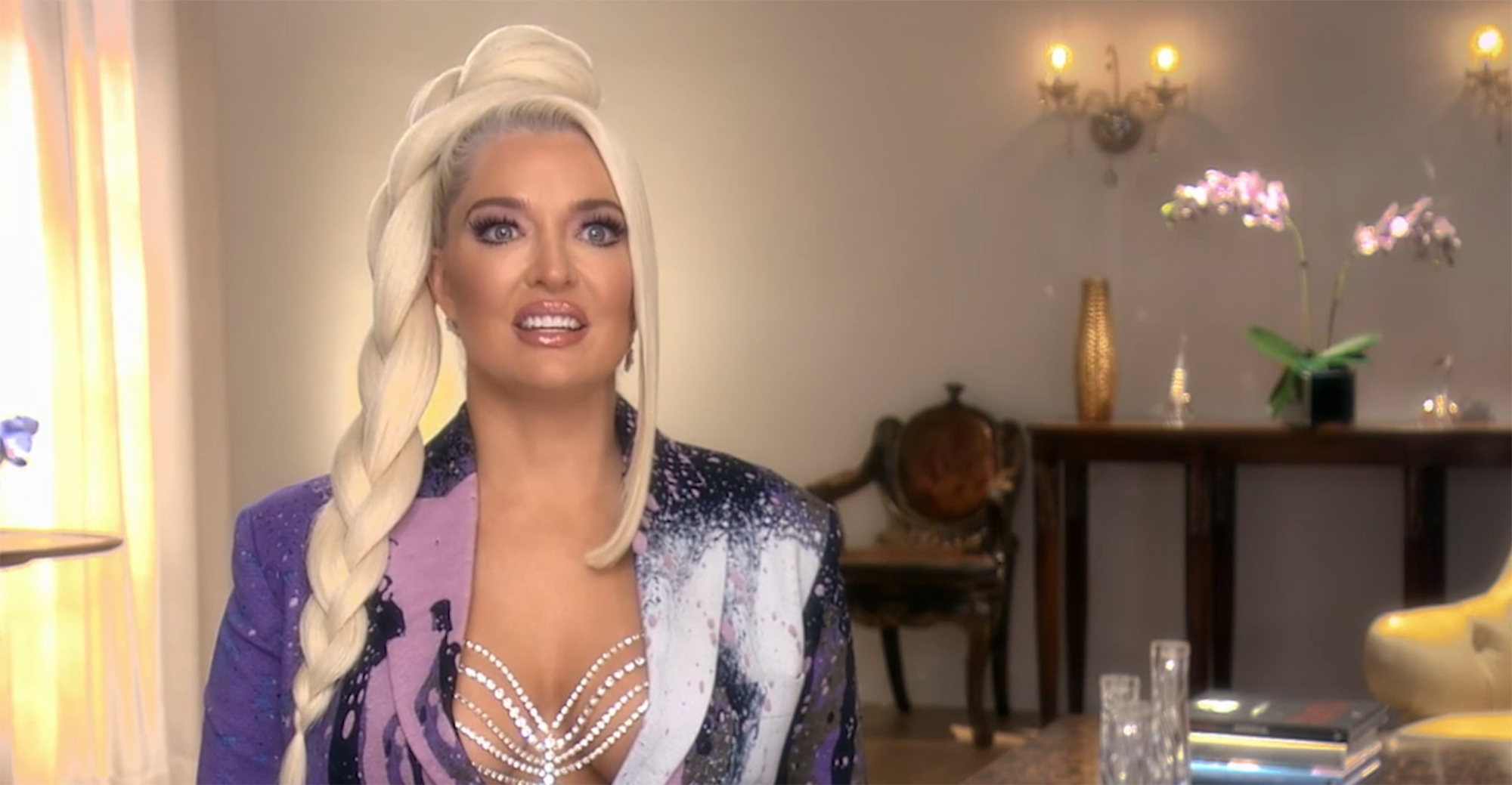 After enlightening Jayne, Rinna expressed sympathy for her co-star’s situation.

“You have gone through a tremendous trauma. Your husband was not the guy that you or any of us thought he was, and you have had to deal with it because you were married to him,” she told Jayne of disgraced attorney Girardi, who allegedly embezzled funds meant for orphans, widows and other clients.

“And you went to this place because you were in a lot of pain. You have to stop this now because you can’t do it anymore. It’s just not who you are.”

Jayne told Rinna and Minden that it was “hard to accept” her current relationship with alcohol as she had “always prided” herself on being a woman in control of her actions.

“I pushed it too far,” she said. “I did the wrong thing. Sometimes it’s hard to be really honest with your friends. But thank you for saying, ‘Hey, you know what, you gotta stop that s—t.’”

Rinna proceeded to tell Jayne that the latter had hit her “rock bottom.”

“I think this is yours,” she said, to which Jayne somberly replied, “Yeah.”

In previous episodes, fellow “Housewife” Garcelle Beauvais also pointed out that Jayne had been drinking too much, adding that she should not be consuming so much while on medication.

“The Real Housewives of Beverly Hills” airs Wednesdays at 8 p.m. ET on Bravo.