The perfect summer refresher! Real Housewives of Atlanta alum Cynthia Bailey is soaking up the season with her Lemon Crush cocktail — and she shared the recipe exclusively with Us.

Cynthia Bailey: 25 Things You Don’t Know About Me!

“I love this refreshing cocktail because it really tastes like summer — it’s like a tropical vacation in a glass,” the Georgia resident, 55, revealed in the newest issue of Us Weekly. “It’s light, crisp and just an easy and delicious drink!”

The reality star has long been a foodie, telling Us in May 2021 that she is “the self-proclaimed potato salad queen” — who is willing to go head-to-head with anyone who claims otherwise.

“I will put [mine] up against anyone, anytime,” Bailey offered. “Let me know when you want that challenge to happen.”

NeNe! Phaedra! Kim! Former ‘RHOA’ Stars: Where Are They Now?

The entrepreneur also revealed to Us that her very first career moves were in the food industry.

“My first job was [at a] Taco Bell. I moved up quite quickly. I was a manager at my branch after about four months,” she explained, adding, “I worked at Wendy’s for a short time as well. Somehow I was on the baked potato duty.”

Though Bailey’s specialty may involve potatoes, she’s long been a fan of cocktails.

“After a long day, I like to crack open one of my delicious, refreshing peach bellinis from Seagram’s Escapes, sit on my couch and watch a movie,” she told Us at the time.

Bailey loves Seagram’s so much that she included it in her Lemon Crush recipe. (She specifically uses Seagram’s Escapes Jamaican Me Happy for the pink lemonade-based beverage.) The cocktail also includes bright, refreshing fruits: lemon, strawberries and watermelon — making for light and fruity sips filled with all the colors of a summer sunset.

The instructions are just as straightforward as the ingredients: simply fill a pitcher with ice and stir in the Seagram’s, pink lemonade and vodka together with the fruit. (The watermelon slice is just for garnish.) Voilà! A summer drink for two is ready to serve.

Red, White and Boozy! How to Make Tom Sandoval’s Fourth of July Cocktail

For Bailey, the optimum way to enjoy the refreshment could be while she is relaxing with husband Mike Hill. The Bravo alum once surprised her beau, 51, with an impressive dinner spread after welcoming him home in March 2021.

“Welcome back, Mr. Hill. See the spread I laid out?” she wrote via her Instagram Story at the time, sharing a dining room table filled to the brim with grilled meat, a salad, avocado and rice, and plenty of vegetables, including Brussels sprouts and corn.

Whet an appetite — and thirst! — with Bailey’s Lemon Crush recipe below: 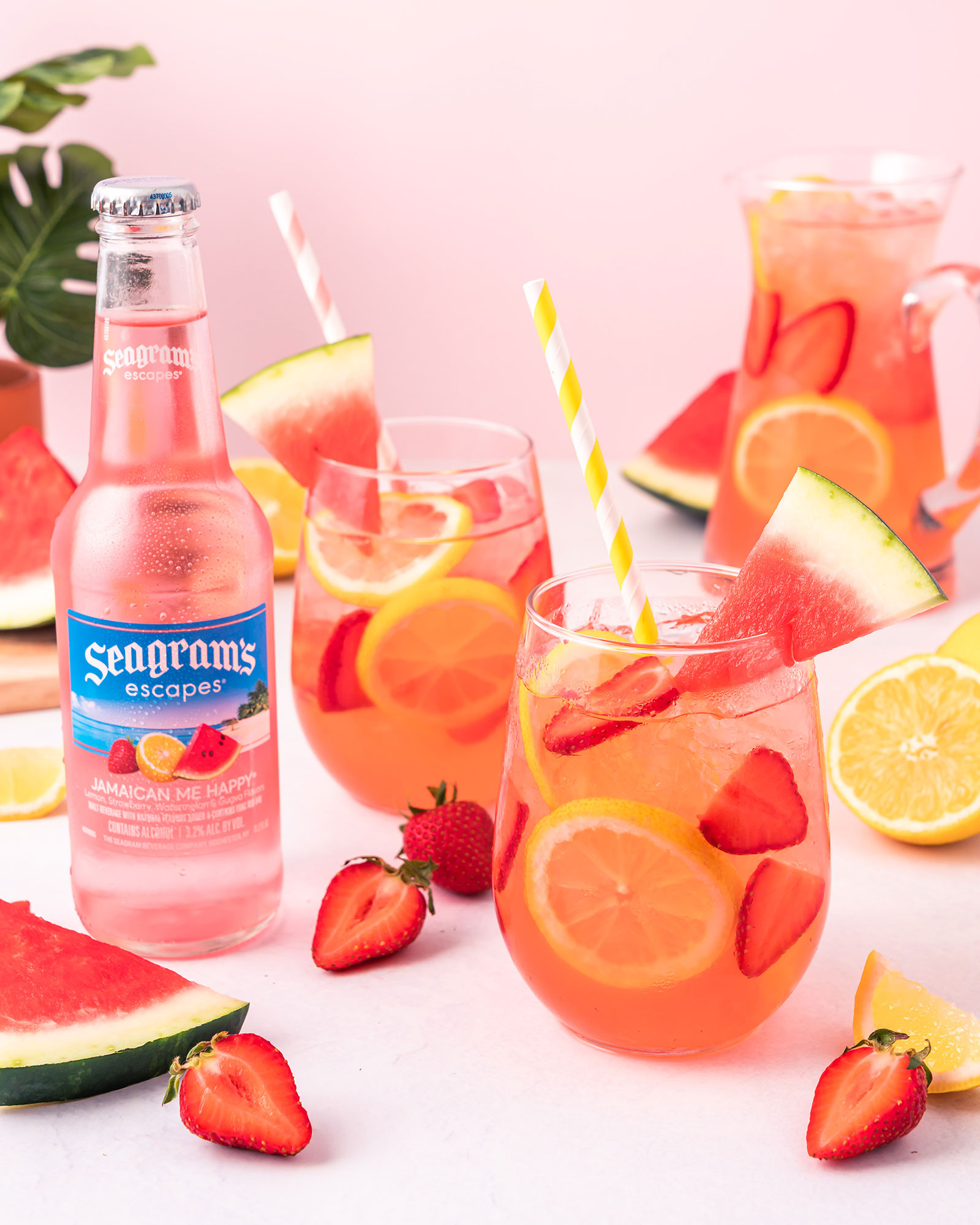 3 cups ice, or as much as it takes to fill your pitcher (plus more for serving).

3. Divide into two glasses filled with ice. If desired, garnish with watermelon slice.

SEAL Team's AJ Buckley Teases a New Side of Sonny, as Texas Homecoming Hints at 'The Next Chapter of His Life'

'The Challenge: All Stars' Cast Features 2 Players From 'Double Agents'

Dr. Dre Accused of Trying to Starve Ex-Wife Out Amid Nasty Divorce Battle