It’s not his fault he’s, like, so in love with her or something! Lindsay Lohan and fiancé Bader Shammas are married nearly one year after getting engaged, her rep confirmed to Us Weekly on Saturday, July 2.

Hours earlier, Lohan, 36, seemingly revealed the news herself after she referred to Shammas, 35, as her “husband” in a birthday tribute.

“🎂❤️🥰I am the luckiest woman in the world. Not because I need a man, but because he found me and knew that I wanted to find happiness and grace, all at the same time,” the songstress wrote via Instagram on Friday, July 1. “I am stunned that this is my husband. My life and my everything. ❤️every woman should feel like this everyday 💖🙏.”

Us previously confirmed in March that the Parent Trap actress and the businessman had begun wedding planning just four months after Shammas popped the question in November 2021. “They aren’t in a rush to get married,” a source exclusively revealed at the time, noting that the couple have started “thinking” about what they want for their big day.

“The talk is [there’ll] be two weddings — one overseas and one in the States, maybe someplace between Dubai and the U.S. There’s no timeframe yet,” the insider added. “It’s going to be intimate. You don’t see her out and about anymore. Lindsay really likes her privacy.” 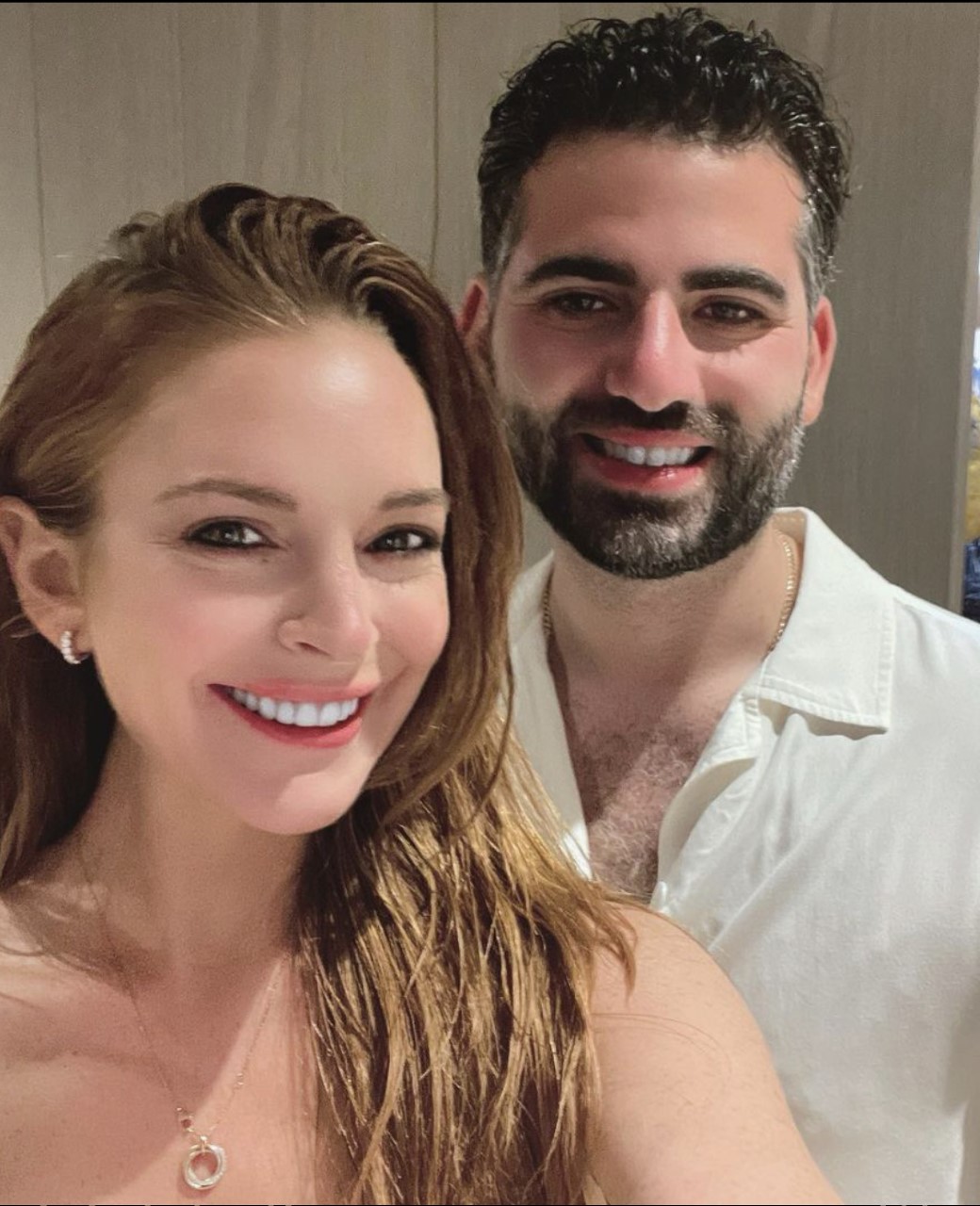 The lovebirds, who were first linked back in 2019, have kept their romance low-key but have still received the stamp of approval from the Freaky Friday star’s loved ones.

“Lindsay is dating a wonderful guy right now,” Dina Lohan, Lindsay’s mom, exclusively told Us in April 2020, adding that she was in “no rush” for her daughter to settle down. “But that’s neither here nor there. When she’s ready to talk about her personal life, [she will].”

Earlier this year, a source confirmed that “everyone loves [Bader]. He’s such a great guy. They don’t go out a lot, she is always cooking. Lindsay has become very humble, domesticated and centered,” they told Us at the time.

Lindsay previously relocated to Dubai in 2014, which is where she seemingly met Shammas for the first time.

“I felt so relieved when I moved everything over from London to Dubai and I saw everything in place,” the Ugly Betty alum told W magazine during a February 2018 interview. “It’s a cleansing of your head, which is what I needed, and it took me a while to do it. … I would love to own a place in New York, and that’s something I will look into in the future, but right now I’m okay with where I live.”

‘Parent Trap’ Campers: Where Are They Now?

The New York native added that “there’s a certain calmness that I find [in Dubai], explaining that the lack of paparazzi and cameras is “a big deal for me.”

“I never considered people taking a picture ‘bothering’ me, but I don’t want people to misinterpret who I am as a person if they see me sneezing and they say I’m crying. I do really appreciate having a life where I can just go outside and not have to worry,” she explained.

These 5 Videos of Jake Gyllenhaal Singing Are Exactly What You Need While Quarantining!

Ariel Winter Cut Part of Her Thumb Off While Cooking, Threw It Away