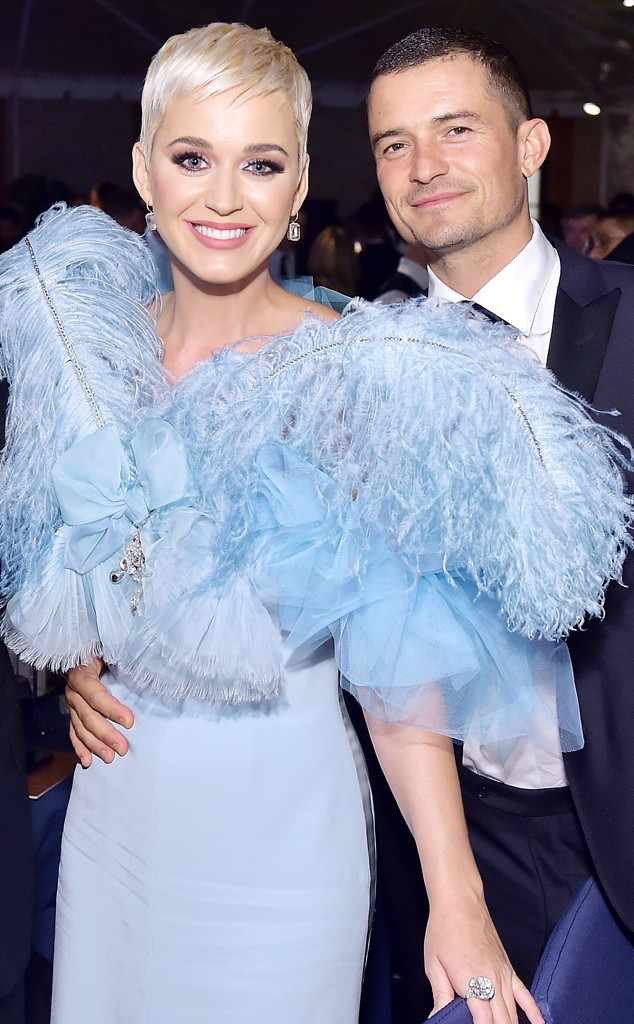 It’s been almost four months since Katy Perry and Orlando Bloom got engaged. However, the celebrity couple is in no rush to walk down the aisle.

The 34-year-old singer opened up about their wedding plans on Wednesday’s episode of KISS Breakfast with Tom & Daisy.

“I did it! I got one! I got one,” the “Firework” star quipped about nabbing her fiancé.

When asked if the two had already started getting ready for the wedding, Perry replied, “Well yeah, one step at a time.”

“Definitely trying to, like, lay the good emotional foundation for the lifetime of commitment, which is, like, a big deal, you know?” she added.

The Pirates of the Caribbean star popped the question on Valentine’s Day—and it was quite a romantic proposal, too. During a February interview with Jimmy Kimmel, the singer said the two had gone to dinner and had planned to see some art. So, she was surprised when the actor took her on a helicopter tour instead. While getting ready to ask the big question, Bloom distracted Perry by giving her a sweet note to read and popping some champagne. However, things didn’t exactly go according to plan.

“The champagne is, like, broken. The bottle is everywhere, and I’m still looking at the note,” Perry recalled. “He’s pulling out this box that’s too big for his coat pocket. It rips his coat pocket, and his elbow goes into the champagne.”

Afterwards, the couple headed to a party, where Bloom surprised Perry with their family and friends. The bride-to-be then had the opportunity to show their loved ones her new flower-shaped ring, which was estimated to be worth about $5 million.

We can’t wait until the couple’s big day!