Meghan Markle could have put herself and Prince Harry at risk when she awkwardly refused to hand her bouquet of flowers to royal aides over the weekend, according to a royal expert.

The Duke and Duchess of Sussex reunited with Prince William and Kate Middleton for a walkabout outside of Windsor Castle on Saturday, where they brought flowers to lay down in honor of Queen Elizabeth II.

But Markle, 41, raised eyebrows when she was caught on video telling an aide she didn’t want to hand off her flowers – and it took a second aide to get the actress to relinquish the bouquet.

“From my perceptive, it makes sense [Meghan and Harry] wouldn’t be holding on to large items given to them from the public just on a security level,” royal expert and political commentator Jonathan Sacerdoti told Page Six on Tuesday.

Sacerdoti shared that it is common practice for members of the royal family to follow protocol, especially during high-security risk moments such as their Windsor walkabout.

“They should have been guided by aides. Everybody in the royal family who’s taking part in the mourning process is obviously in a stressful position, and they’re all relying on the team of advisors and planners who are working with them. So I think it would be normal to take the advice and just go along with the plans put in place,” he said. 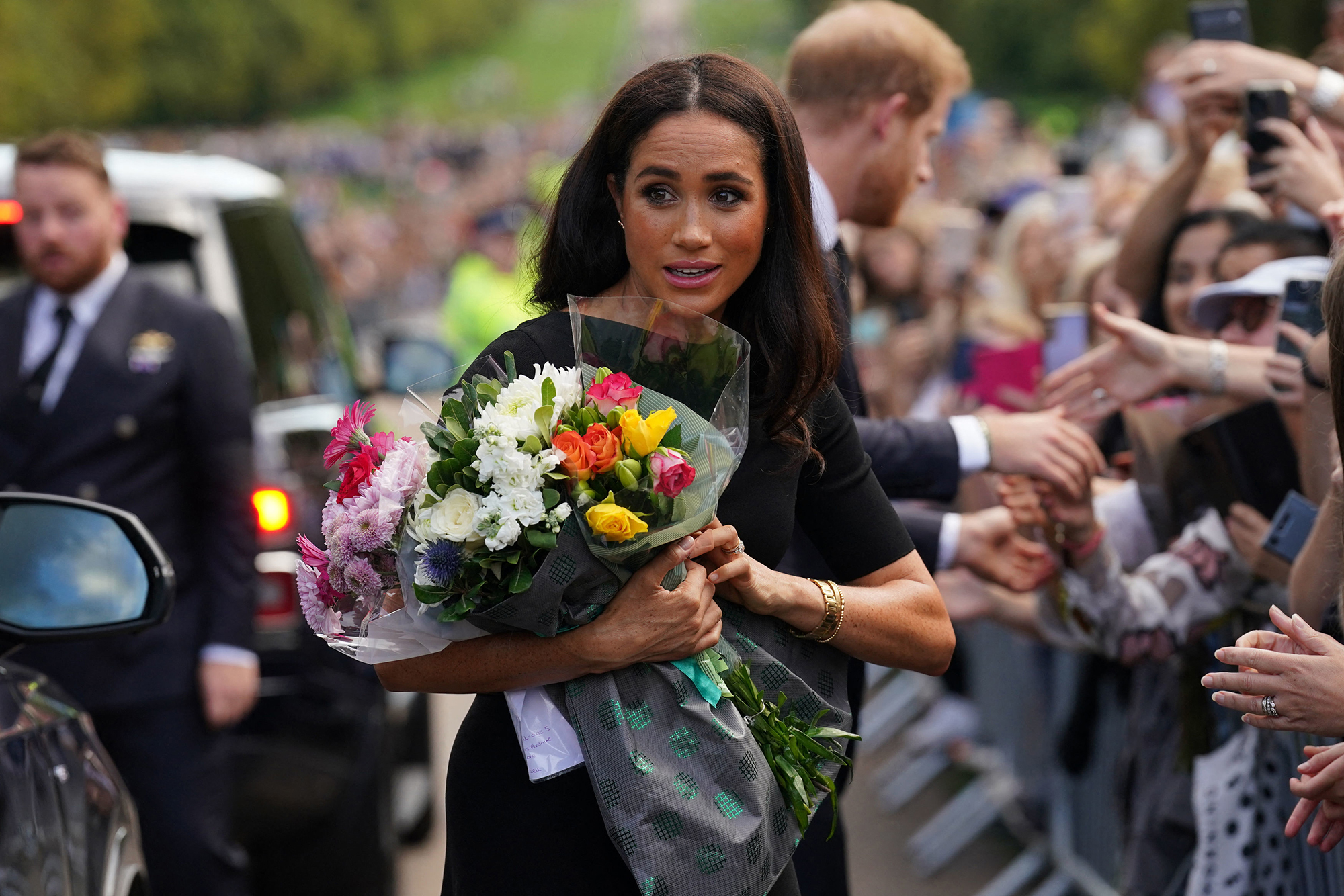 The UK-based royal commentator also noted that the Prince and Princess of Wales, both 40, had no issues adhering to the royal aides’ requests.

“William and Kate know how things are done. They take the bouquet and they pass them to the aides close behind them. They can’t carry all those flowers. The aides are going to put them with the other tributes,” Sacerdoti said, adding, “There can be a security risk handing things off.”

Sacerdoti found the incident particularly interesting considering the Sussexes’ massive concern over their security situation in the UK. As Page Six previously reported, Harry, 37, has been battling with the UK government over not having enough security across the pond since resigning from the royal family. 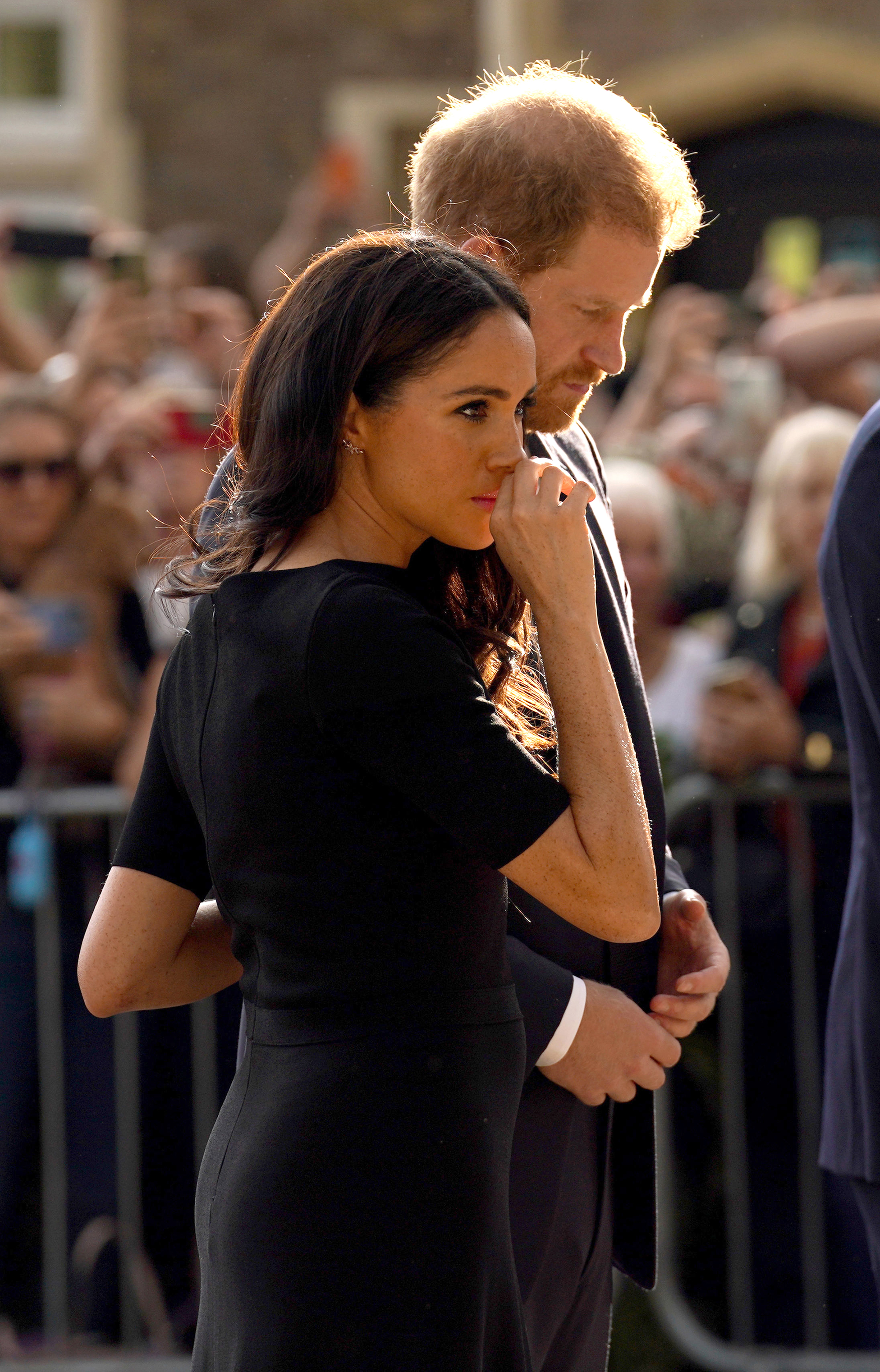 “When they go into these situations, it’s a higher risk security situation because they’re high profile people, and they are the very people complaining about their security, so to not take the advice from the people there to handle you is risky,” he said.

It wasn’t clear why Markle didn’t want to hand off the flowers but some believe it was all for optics. 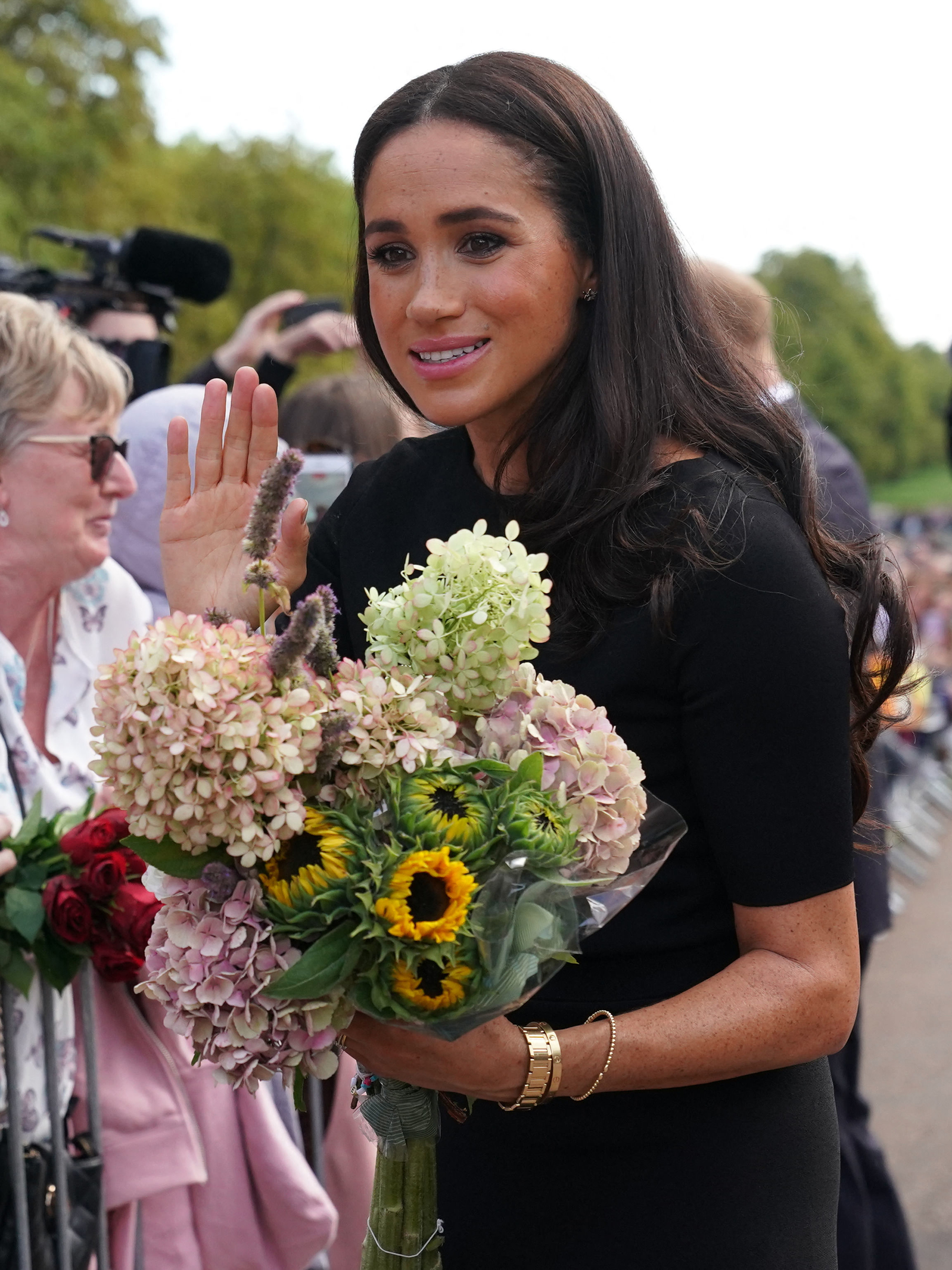 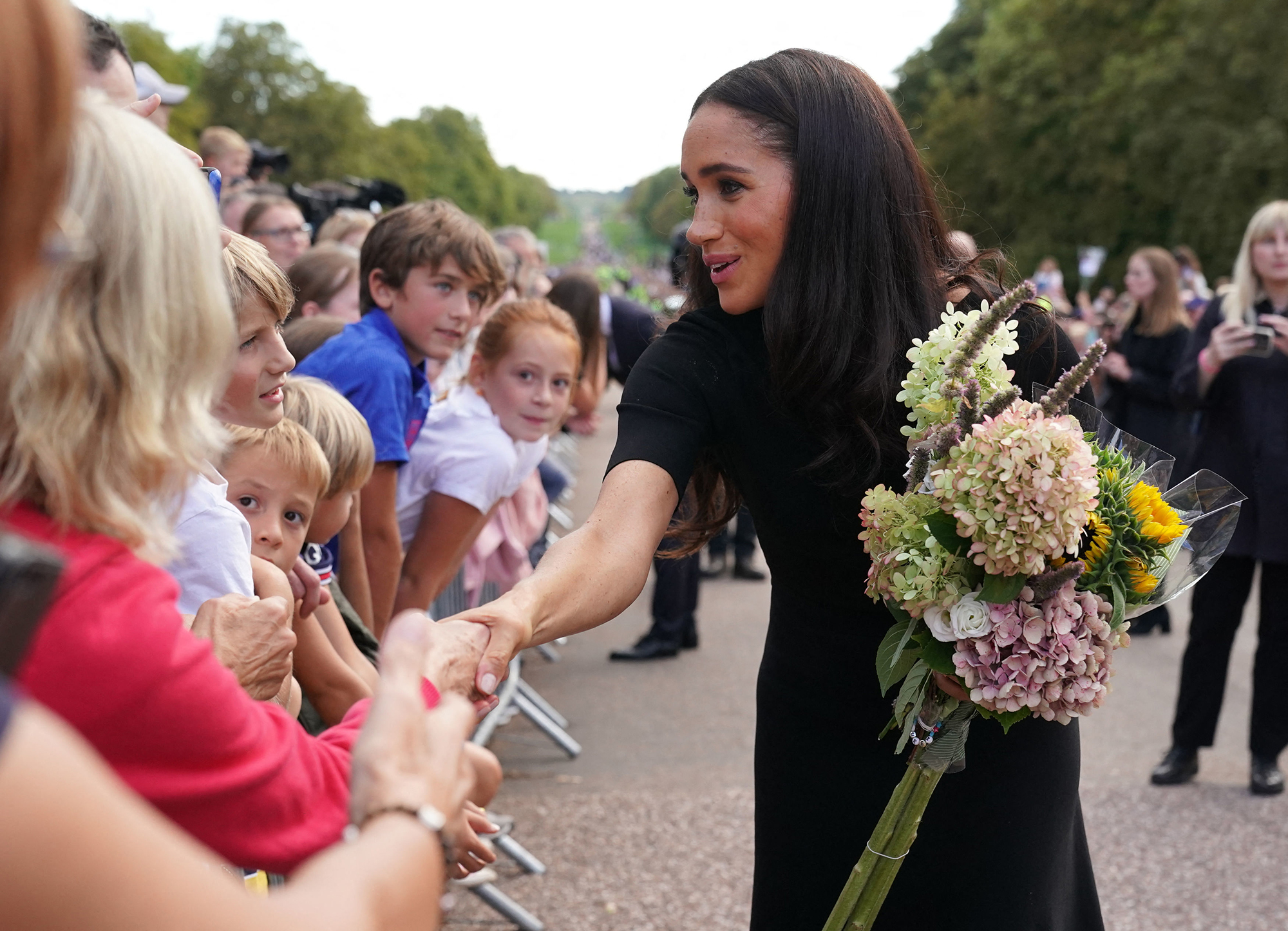 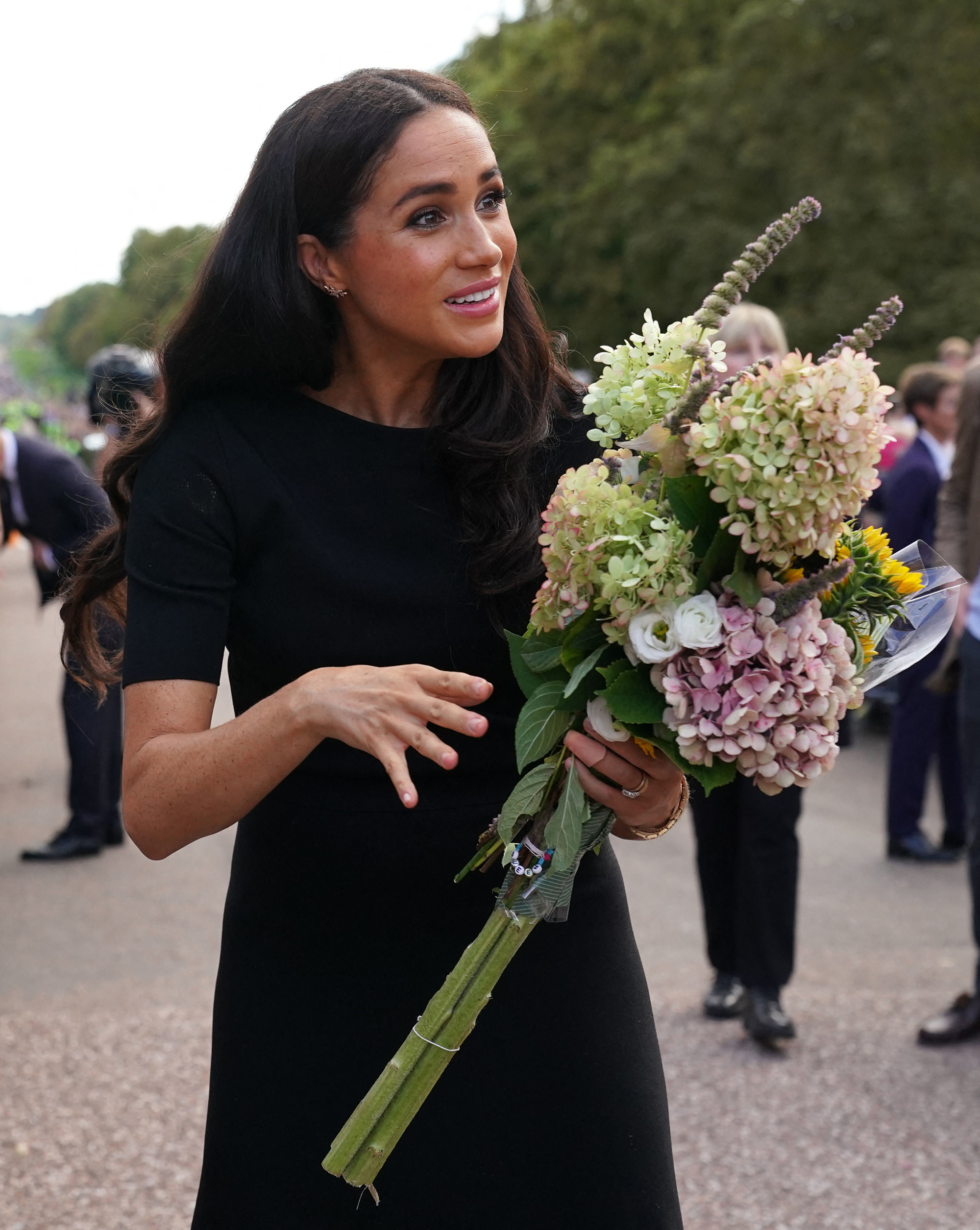 Missing N.C. Couple Were Driving at 103 Mph at Time of Fatal Crash: Police