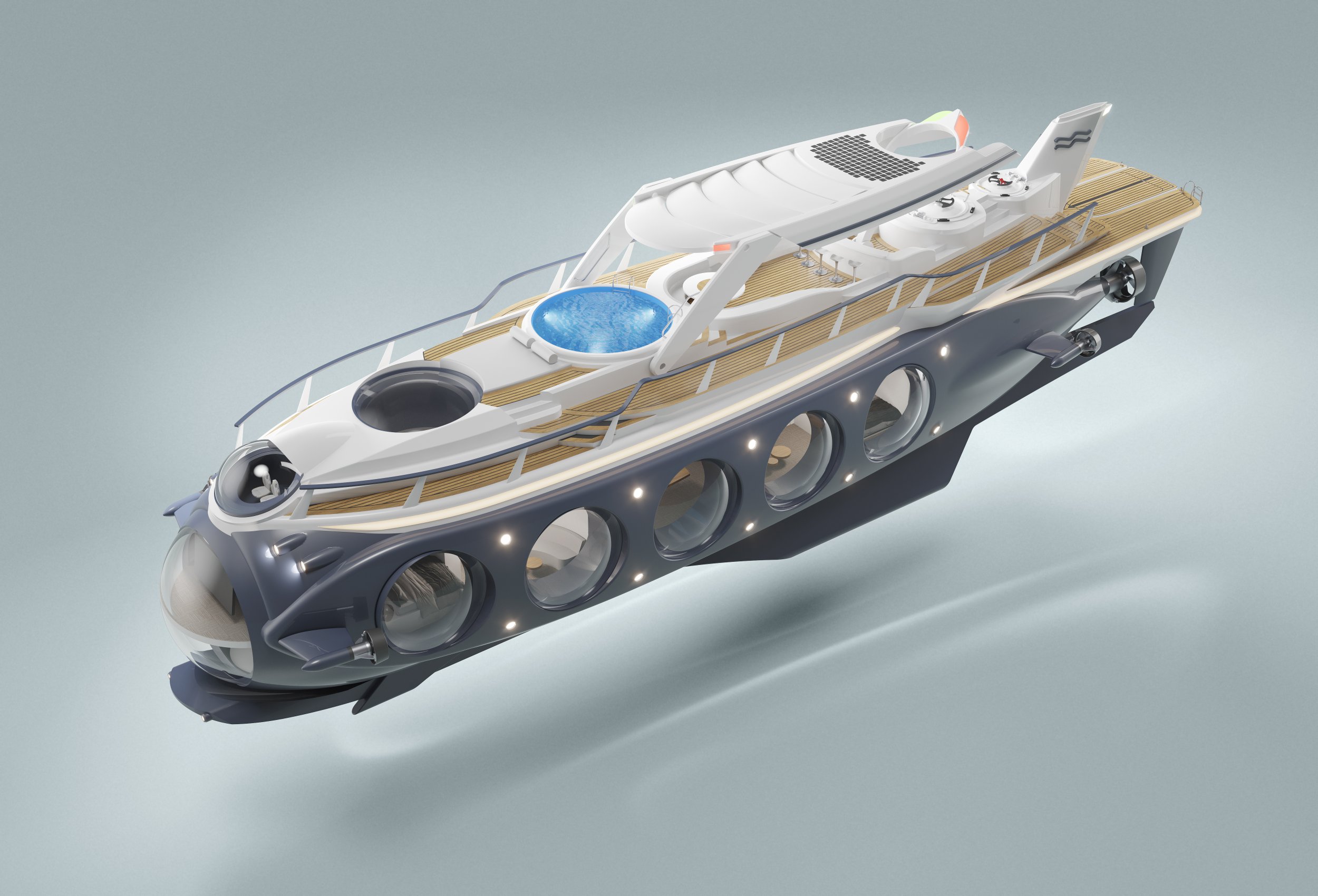 Perfect for the oligarch on the run?

A company has unveiled a £22m superyacht – that can go underwater for four days.

Dutch boatbuilder U-Boat Worx say their Nautilus vessel will offer the luxury of a yacht, but can head beneath the waves to a depth of 200 metres.

When functioning as a boat, the Nautilus offers a massive sundeck equipped with a freshwater pool, a bar, and a luxurious dining table.

However, this ‘al fresco arrangement’ is able to be retracted before the submersible slips below sea level.

Unveiling the Nautilus at the recent Monaco Yacht Show, the firm says customers can expect to have their boat delivered within 30 months of ordering.

U-Boat Worx say their craft was inspired by, and named after, the fictional submarine owned by Captain Nemo in a classic book from 1870.

They explain: ‘Since Jules Verne’s 20,000 Leagues Under the Sea came out in 1870, people have been dreaming of a luxury yacht with dive capabilities.

‘Since then, inventors produced a lot of impressive concepts. Unfortunately, not one of these designs has ever been realised.’

Customers can expect to have their boat delivered within 30 months of ordering.

‘Being the world leader in the market for small submersibles, U-Boat Worx has now finally succeeded in engineering a realistic combination of luxury and safety in a fully certified private submersible.’

U-Boat Worx Chairman and Founder Bert Houtman says: ‘People that have decided to buy a yacht will now have to consider if their vessel of choice can also dive down to 200 metres.’

There is also an added bonus of escaping seasickness.

‘If the sea becomes too rough, “adds Mr Houtman. “You simply dive and continue your voyage in comfort. With the Nautilus, the yachting market will never be the same again.’

Other features include a newly invented, completely pressure-resistant electrical tender that is stowed under the Nautilus’s aft deck and will stay outside while diving.

This tender, the Aronnax, may also be used for transporting five scuba divers underwater to the intended dive spot.

Guess The Celeb Who Won Halloween With A Twinning Look!

I got addicted to lip filler and had 7ml injected… they got so big they looked like Richmond sausages, then they SPLIT