Home » Technology » 'Get a life!': Mobile phone inventor's advice to people who scroll too much

The inventor of the mobile phone has suggested that people who spend too much time on the device may want to rethink their priorities.

Martin Cooper, a 93-year-old American engineer, was appearing on BBC Breakfast when he suggested people should stop scrolling and ‘get a life’.

Cooper led the team at Motorola responsbile for the development of the first ever mobile phone in the 1970s. In 1973, he became the first person in history to make a handheld cellular phone call in public.

Now widely credited as the ‘father of the cell phone’ he admitted he actually doesn’t use the device all that much.

Mr Cooper explained during the interview that he probably spends less than 5 per cent of his time on his phone. 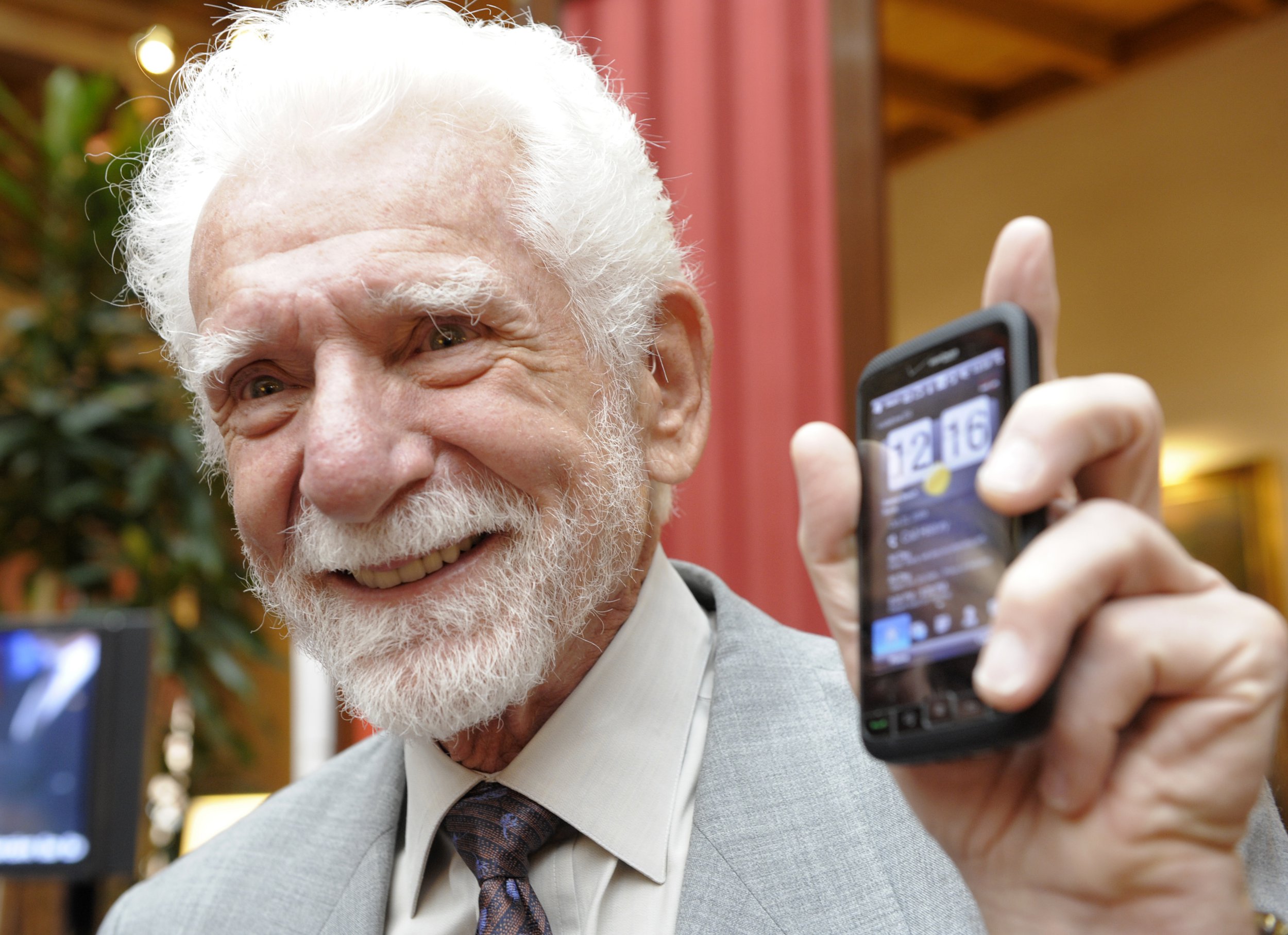 When asked what he would say to those who spend upwards of five hours on theirs, he was incredulous.

How much time do we spend on our phones?

Whether keeping in touch with friends and family, doomscrolling Twitter or staying entertained with endless TikTok videos, phones are definitely an essential.

But with that said, you may still be surprised to learn that over our lifetimes we’ll spend almost a decade on our phones.

A study by WhistleOut surveyed 1,000 American smartphone users to see just how much time we spend on our phones and the results are staggering.

The survey found that millennials (born 1981-1996) spend almost a quarter of their waking lives on their phones, taking up 23.1% of their day.

In the study, researchers also calculated the average number of hours a day we spend on our phones, which also varied heavily between generations.

The average screentime per day for millennials is at 3.7 hours, Gen X spend an average of 3 hours and Boomers are again the lowest at 2.5 hours.

By totting up the figures, WhistleOut were able to estimate that the average phone user, over the course of their life, will spend 8.74 years on their phones.

But they explain that, particularly for millennials who were among the first people to grow up with this technology, a lot of phone usage is down to tech-focused jobs they’re in.

Still, if you want to follow Mr Cooper’s advice and put the phone down, there are a number of ways you can try to reduce your own screen time.

Who is Dominic Fike and is he dating Hunter Schafer?

From ‘Dead To Me’ to ‘Why Women Kill,’ Angry Women are Getting Their Due on TV