Home » Technology » Halo returns to PC in a big way, with collection announced for 2019

Microsoft has announced that The Master Chief Collection — an omnibus of almost every mainline Halo video game — will come to PC this year, in the company's latest move to expand its Xbox brand beyond its own consoles and on to other machines.

MCC currently includes the campaigns of Halo: Combat Evolved Anniversary, Halo 2: Anniversary, Halo 3, Halo 3: ODST and Halo 4, as well as a near-exhaustive multiplayer suite comprising the maps, modes and gameplay styles of each entry. None of these games have previously been playable on any machine other than an Xbox 360 or Xbox One (although there were PC versions of the original Halo and Halo 2). 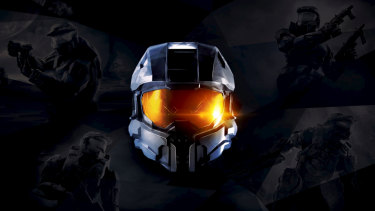 The Master Chief Collection will soon include restored versions of six Halo games on Xbox, and will begin rolling out on PC.

Unexpectedly, the collection will be available through the ubiquitous PC games marketplace Steam, as well as through the Microsoft-controlled Windows Store.

The announcement was made on Wednesday morning during the latest Inside Xbox broadcast, where it was also revealed that Halo: Reach — the 2010 prequel that explores events immediately leading up to the first game — will be added to MCC this year.

Players on Xbox One can expect to see Reach multiplayer added to their games for free when it launches, while the campaign and co-operative Firefight mode will come at an additional cost (or as part of a Game Pass subscription). As with the other games in the package, it has been remastered in HDR and will run at 4K and 60 frames per second on Xbox One X. 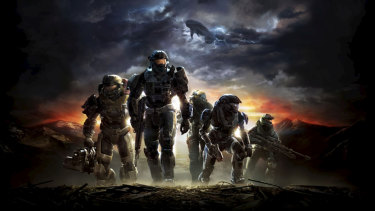 Halo Reach was the final Halo game developed by series creators Bungie, before the torch was passed to 343 Industries.

Few details were revealed about the PC release, but in a blog post 343 Industries' Brian Harrard said the six games will be added to the collection one at a time as each is optimised for the platform with all the bells and whistles of a modern PC game, "giving the development teams the ability to ensure each one is right, while giving players a chance to jump in right away".

"Our current plan is for this journey to begin with the launch of Halo: Reach … with the rest of the titles following in chronological order," he said. "And each game will evolve and grow over time with community input."

The Master Chief Collection was critically well-recieved when it launched in 2014, but problems with its online infrastructure meant competitive online multiplayer was broken for an extended period of time. 343 issued a number of make-goods and fixes in the months and years following, culminating in a major upate last year. The addition of Reach will mean MCC includes all Halo first-person shooters except 2015’s Halo 5: Guardians.

Microsoft has been pushing to expand its Xbox brand beyond its consoles with initiatives like Play Anywhere — which lets players purchase a game on either Xbox or PC and play on both — and with its support for multiplayer games like Fortnite and Minecraft to be played across Xbox, PC, Switch and mobile phones. It's also rumoured to be bringing some of its games, and a version of its Game Pass subscription service, to Nintendo's console this year.

Elsewhere on Wednesday's broadcast, Microsoft revealed it would be adding Minecraft to Game Pass on April 4, and showed off a new partially transparent white Xbox controller.