Home » iOS 14.5 will release this week and fix one hugely irritating iPhone problem 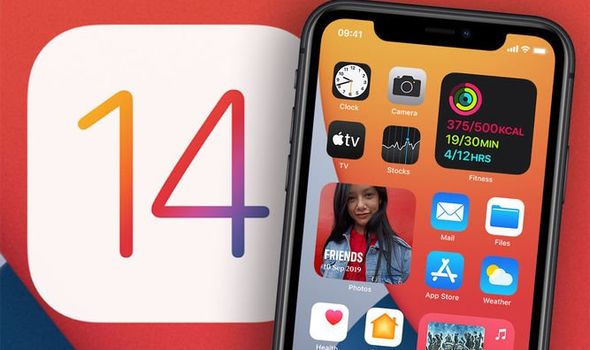 The long-awaited iOS 14.5 update will be released later this week and that’s official. Apple quietly announced, during its “Spring Loaded” event, that this software upgrade will be launching over the coming days with this news coming courtesy of one of its new products. The possession-tracking Apple AirTags go on sale this Friday and actually need iOS 14.5 to work.

Apple’s new purple iPhone 12, also announced during the “Spring Loaded” keynote, will hit store shelves on Friday April 30 and will arrive with iOS 14.5 preinstalled. That seems like a pretty big hint that all iPhones will be running this new software update by Friday, but no exact date is confirmed.

Regardless of whether iOS 14.5 lands first thing on Monday morning or later in the week, the blockbuster update will be here very soon. That’s exciting because this new version of iOS is set to fix a huge irritation that many of us are currently experiencing with these popular devices.

If you own an iPhone with Face ID you’ll now be well aware of the problem with face coverings. Face ID is a brilliant way of accessing your device but it needs a clear view of your eyes, nose and mouth to work.

With a mask across your face – as is required by law in the UK when inside a shop, supermarket, indoor venue – this clever camera system can’t gather enough security information and the screen simply won’t unlock.

It’s been a problem ever since the global pandemic began last year but Apple has now come up with an ingenious fix.

With iOS 14.5, anyone with an Apple Watch strapped to their wrist will be able to use this smartwatch to unlock their phones. When Face ID spots a covering is on your face it instantly links to the Apple Watch. If that device is fully unlocked and on your wrist, the iPhone’s screen will automatically spring into life.

The moment that the two devices become separated, this unlock method will no longer work with a code or full Face ID check needed once again.

That’s one piece of good news about iOS 14.5, but there’s plenty more tucked inside this software update including the ability to easily stop apps from tracking you. A new feature, called App Tracking Transparency, launches a window when you open an app. This then allows you to block certain permissions including tracking data across apps or websites owned by other companies.

Apple says it wants users to take back control and it hopes this update will help iPhone and iPad users understand what is happening to their data.

Along with those big updates, there’s also new emojis and compatibility for the latest PS5 and Xbox Series X controllers which means you’ll be able to use these accessories when playing games on the iPhone, iPad or Apple TV.

WHICH iPHONES WILL BE COMPATIBLE WITH iOS 14.5?

Basically, if your iPhone is already running iOS 14 you should have no problems installing iOS 14.5. In fact, some may even find their devices update automatically overnight once it is launched.

If you haven’t made the jump to iOS 14 then here are all the devices that will work with this latest software.

When are the US midterm elections 2018, how could the result affect Donald Trump and what do the most recent polls predict?

After Eight Weeks Cramped Inside An Apartment, I Escaped To The Catskills