Home » Technology » It has ‘toots’ not tweets. Why are social media users shifting to Mastodon?

Amid the upheaval at Twitter, a lesser-known platform has moved into the spotlight. How does it work?

With the recent upheaval at Twitter since entrepreneur Elon Musk took over, some users have been leaving the platform, and one name keeps coming up as their new social media stomping ground – Mastodon.

It’s not an extinct animal, nor a heavy metal band, but rather software that pulls together different “servers” operated by thousands of people and organisations. It also has a language of its own – including “toots” rather than tweets.

As Mastodon snatches 230,000 more users in the week following Musk’s Twitter takeover – to bring its total number of active users to 655,000 – the influx in traffic is causing growing pains for the platform and confusion for some new users. But it has also thrown a different model of social media into the spotlight.

How does Mastodon work – and where did it come from? 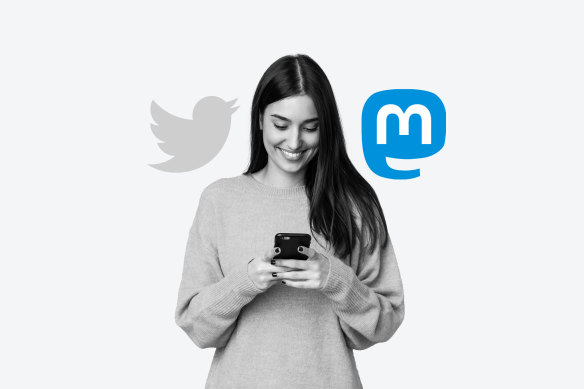 European software developer Eugen Rochko created Mastodon in 2016 as an alternative to Twitter. As well as being the founder, Rochko is the chief executive and operates the software not-for-profit. The platform says it’s “social networking that’s not for sale”.

Mastodon also describes itself as “decentralised social media”. Rather than a central corporation offering and managing the platform, Mastodon is made up of thousands of independently run servers, also known as “instances”, which each have their own rules and moderation policies.

“A big fleet of spaceships floating around in space with some way to communicate with each other,” is how digital media professor Jean Burgess, from Queensland University of Technology, describes Mastodon. “There is a person who has been the main driver of Mastodon’s software project,” Burgess says. “But that person doesn’t control what happens on any instance on Mastodon. That’s up to the users of that ‘instance’ and the admin of that server.”

What are the main differences between Mastodon and Twitter?

For users, Mastodon is similar to Twitter at a basic level – they are both microblogging platforms with a feed of posts, users follow each other and there are hashtags. Posts on Mastodon can be 500 characters, labelled “toots” rather than tweets, which Twitter caps at 280 characters.

The main difference for users of the newer platform, though, is no algorithm dictates what they see or when they see it. When users “like” a post, this does not appear to other users, reducing the pile-on that can occur with popular posts on Twitter. Mastodon also does not have the capacity for users to quote other people’s posts.

Burgess, who joined Mastodon earlier this year, says it’s “so far very friendly and a lot less shouty than Twitter”.

Newcomers must join a server to participate rather than sign up through a centralised interface as Twitter users do. The “servers” that users can join range from general use such as mastodon.social, which currently has about 145,000 users, to regional servers such as aus.social. There are also interest groups, including those for heavy-metal music lovers and gaming communities.

Many Twitter users making the switch report trouble making sense of how Mastodon works. “Well I’ve already had to google ‘how to join Mastodon’ so this is off to a good start,” one Brisbane social media user tweeted.

What are the pros and cons of Mastodon?

Users who have embraced Mastodon say they are excited the platform offers a way of connecting with communities without the polarisation that has come to haunt Twitter.

This shows that the design of a social media platform can influence user behaviour, says Australian National University’s Professor Seth Lazar, who leads research projects through the Machine Intelligence and Normative Theory Lab. “Twitter kind of nudges you towards a certain type of kind of performative outrage,” Lazar says. “Mastodon tries to encourage people not to do that. And the main way it does that is it encourages people to make liberal use of content warnings.”

The decentralised model comes with challenges too, such as servers that each have different rules and content moderation policies to limit and filter harmful content. The popular mastodon.social server lists six rules for users, including warnings for sexually explicit and violent content; bans on racism, sexism and homophobia; and bans on incitement of violence, harassment and sharing intentionally false information.

Lazar says the decentralised model does not necessarily mean content moderation should be more difficult than on Twitter. “If you find that there are other online communities that are not meeting the standards of toleration that you have in your community, well, then, you as a community can look at that whole ‘instance’ [server].” So far, mastodon.social has either limited or suspended its users from interacting with more than 150 other servers deemed inappropriate.

But Lazar has not abandoned Twitter, and finds value in both platforms. “I like Twitter because … [as an academic] people feel it is sort of bypassing publication time – people will post about new papers and new models,” he says. “But you have to wade through so much drama in order to get to the stuff you actually want. And the idea is, with Mastodon, it should make that a lot easier to avoid … [I]f you want, you can just opt out of virality entirely.”

How fast can Mastodon grow?

As a non-profit run by volunteers, Mastodon has very different goals to Twitter, and is not built to “grow” as fast as a Silicon Valley start-up, whereas Twitter reported 238 million daily active users in the second quarter of this year. Mastodon is free to use but donation service Patreon has membership options for it and states that the platform is raising more than $23,000 a month. The Mastodon website also lists more than two dozen supporters of the platform, including several online casinos.

The influx of users has caused growing pains for the platform. Rochko posted on the platform last week, “While it’s nice to see your work finally taken seriously in the mainstream, the 12-14 hour workdays I’ve had to pull to handle everything is anything but.”

He said in another post, “I rarely talk about how tough this job can be, since I feel responsibility to only associate positive things with the project. But it is a lot of responsibilities, and a lot of stress, for what can sometimes feel like inadequate pay.”

The platform does not have paid advertising, but there is nothing stopping a user from writing a post that advertises a product.

QUT’s Burgess says it is exciting to see an alternative form of funding rather than advertisers pay to target users on social media. “It’s an experiment,” she says.

Many people are now using both Mastodon and Twitter, she adds. “What we’re seeing is a shift away from one platform towards people using a number of different spaces for different purposes.”

Sign up for our Explainer newsletter – enlightening explanations for the world’s complex issues, delivered to your inbox every Sunday night.

Ex-wife of 'paedo' bus driver, 47, who ran off with 16-year-old reveals son walked in on them romping in family home

The Cost of Essential Work for Black Women